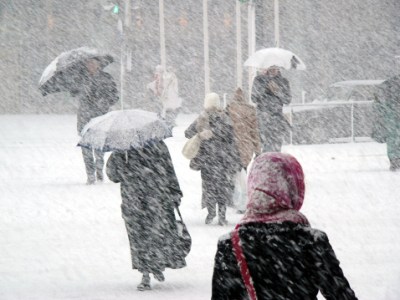 Source: Thinkstock
24/7 Wall St. has been wondering just how long it would be before power companies in the Northeast and Midwest started asking — or demanding — that customers take efforts to conserve their electricity use to help avoid a blackout or rolling power outages. After all, weather conditions are extremely cold and expected to remain that way for the coming days. Many customers around the nation have already been warned that their gas and electric bills may soon be far more than customers have been used to.

The time has now arrived. PJM Interconnection is the electric grid operator for more than 61 million people in 13 states and the District of Columbia, and it is the main power region in America. The grid operator is now requesting that electricity customers located in the BGE and Pepco regions to conserve electricity Thursday and Friday.

Frigid weather is the reason, but the issue is that power demand is up at a rate that it is placing stress on the grid. PJM is asking consumers to conserve electricity, with a particular focus from 3 p.m. to 7 p.m. on Thursday and 6 a.m. to 9 a.m. on Friday, in order to help assure adequate power supplies.

PJM said that it and its members are managing a very tight power supply during this cold weather, and this is causing some generating units to operate more often and for more hours than normal. Where the warning comes into play is that unplanned shutdowns can further tighten power supplies.

While the grid operator is specifying “if health permits it,” there are several electricity conservation steps that PJM is suggesting:

Get Out of Nevada Now