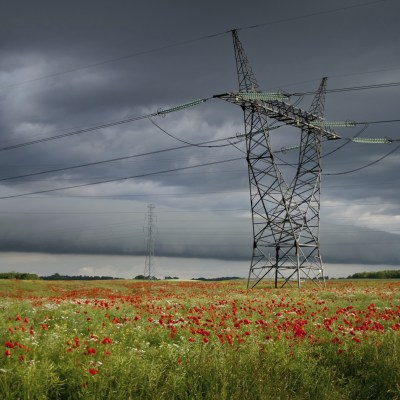 Source: Thinkstock
If there is one state that comes to mind with high taxes and higher regulations that go above and beyond federal ones, it would be California. It turns out that even the state of California can sometimes look at the cost factors for consumers in their regulations.

PG&E Corp. (NYSE: PCG), the parent of Pacific Gas & Electric, has been the focus of many regulatory actions in California over time. And power lines have been targeted, and PG&E shares dropped after the 2017 wildfires in the state.

News of lower regulation helped PG&E shares out on Tuesday, but market uncertainty on Wednesday did not allow shares to keep recovering. PGE&E shares were up over 6% at $45.10 on Tuesday, but the stock gave back 1.7% at $44.32 in Wednesday’s midday trading.

Here is what matters. If California is really willing to update its liability laws and regulations around utility services after taking climate change and higher severe weather instances, then the worst of this issue may have been seen or may be near for PG&E. Unfortunately, blanket statements like this come with many caveats, including that PG&E has a long history of liability due to accidents and other unfortunate events. It turns out that there is no such thing as being risk-free when it comes to offering utility services to millions of people.

It was just on February 9 that PG&E said that wildfire costs remained uncertain, even after incurring $219 million related to wildfires already. PG&E shares were closer to $38.50 at that time.

Back in December, PG&E suspended its dividend due to the wildfires. Shortly thereafter, S&P placed PG&E’s A− issuer credit ratings for PG&E and its subsidiary on CreditWatch with negative implications. PG&E’s preferred shares were also downgraded to BB from BBB after the dividend cut would trigger more uncertainty. On the dividend cut announcement, PG&E shares fell from $51.00 to $44.50 in a day.

Analysts have so far been rather quiet after the California news. We have seen a report from Merrill Lynch but, it was not incredibly positive. Analyst downgrades in January and December were seen from Guggenheim, Goldman Sachs, RBC Capital Markets, Wells Fargo, Mizuho and more.

Merrill Lynch has only a Neutral rating on PG&E and it has a mere $44 price objective. According to Merrill Lynch on the broader regulatory picture, Governor Brown of California issued a press release responding to the California wildfires. He is calling for an update on liability rules. The firm noted that specific language to address liabilities and regulations for utility services is a positive indicator for all California utilities, while the timeframe for introduction is likely Summer with many unknowns still existing. The firm said:

We believe it’s already assumed by many investors that there was positive momentum in the legislature to address wildfire liabilities and see the Governor’s office latest press release reaffirming this potential.

It would seem that the terms “California” and “regulations” together would ever be good for equity holders. It turns out that sometimes there is some good that can be seen between irony and paradox.