IMF Points To Japan As Next Trouble Spot 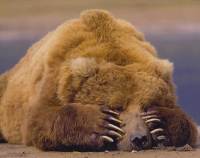 The IMF had indicated that Japan may be the next trouble spot in the global economy, adding it to a list of several counties in Europe. The  agency visited the country with the world’s second largest economy by GDP last week. It said Japan’s economy could grow by an anemic 2% this year and next.  After that, the IMF sees problems. In its report, the IMF wrote “With global scrutiny of public finances increasing, the need for early and credible fiscal adjustment has become critical.” It is the kind of public rebuke that will put pressure on the ruling party in Japan to begin another stage of financial reform. The need for rapid changes in public policy is based on the agency’s belief that “The fiscal response to last year’s recession was necessary and effective, but has pushed public debt to unprecedented levels.”

Japan is now in the same boat as the UK and the US. Each nation put hundreds of billions of dollars toward stimulus packages to keep their economies from going into recessions deeper than the extraordinary one that hit the world from 2007 to 2009. The trouble is that the downturn also undercut tax revenues from both individuals and companies. The results of the two causes is that national deficits expanded quickly.

Japan faces that issue of whether it should withdraw financial support to decrease deficits but risk that without an ongoing injection of capital that its economy will begin to falter again.

Japan’s situation is unlike the one in the US. Productivity in America married to a huge consumer base had helped GDP growth to return quickly to pre-recession levels. Even high unemployment has not kept economic expansion slow. The Fed’s police of keeping interest rates near zero has helped expansion and kept inflation low.

In Japan, its critical export industries–autos, consumer electronics, and financial services–have been under pressure from lower-priced alternatives primarily from China and South Korea. Japan can no longer match these two countries in low labor costs. That, in turn, makes it difficult for Japanese workers to demand higher wages. Japan’s consumer spending has stalled and with it GDP growth.

The IMF warning is that Japan cannot continue to shoulder growing deficits. The alternative is a cut in public stimulus money which could knock away essential buttresses  to the nation’s economy.