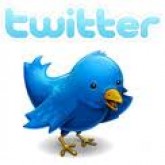 FT: Brussels to look closely at Google probe: The fact EU commissioner has commented on the case for the first time si… http://bit.ly/aKlxO0