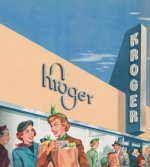 The company was a relatively large chain fifty years ago but has aggressively grown through M&A and entry into the private label business.

Sears owes much of its size to the merger between K-Mart and Sears that created it in 2004. The two retail brands are not as successful as rivals like Wal-Mart but the company does operate at many locations.

Now the world’s largest tech company based on revenue, in the 1940s and 1950s, HP concentrated on making professional and industrial testing tools. The company is now a major force in PCs, printers, servers, software, and IT consulting.

The bank existed in 1955, but did not look anything like it does today. B of A was based almost exclusively in California in 1955. It is now a global bank with commercial, institutional, and investment banking arms. Two years ago, it bought Merrill Lynch and mortgage banking firm Countrywide. 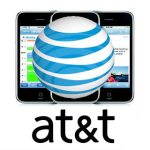 AT&T has been dissolved and rebuilt since the government decided to break it into several pieces in 1984 because it was considered a monopoly. Most of the operating businesses have been reunited under the original brand and the company is primarily a provider of cellular, landline, and home entertainment.