The Ten States That Profit Most From Sin 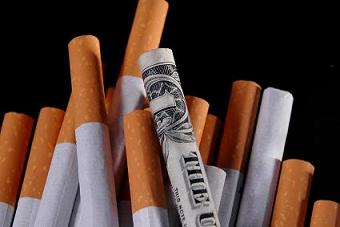 As state budgets strain under huge debt loads, they are counting increasingly on “sin taxes”, one of the few reliable sources of revenue in these uncertain economic times.

States have profited from the public’s  voracious appetite for easy money (gambling), nicotine (smoking) and booze (alcohol) for years.  Some are more successful at it than others.   A few states generate less than 1% of their revenue from preying on their residents’ vices while sin accounts for between 5% and nearly 13% of the budgets of others. Some of the difference can be chalked up to varying rates of addiction, but aggressive tax policy also plays a part. Pennsylvania makes the greatest percent of its revenue from gaming taxes of any state. It charges a 55% tax on slot machine proceeds. Conversely, Las Vegas collects only 8%.

Sin is profitable for many reasons. For one thing, it sells well.  In New Hampshire, more than half of its state revenue comes from tobacco sales. Meanwhile, states like Michigan generate revenue evenly across all sins. Still others, such as New Jersey, make a great deal from these bad habits because they’re taxed at such a high rate.

To identify the states that make the most money from sin, 24/7 Wall St., calculated the taxes and revenue each state makes from gambling, alcohol, tobacco and lotteries and compared the receipts against the total revenue for the state.  The Tax Policy Center provided alcohol and tobacco tax receipts for 2008, the year for which data is most recent. The North American Association of State and Provincial Lotteries provided state lottery receipts.  Revenue from taxes on gambling, as distinguished from lotteries, was obtained from The American Gaming Association.

Sin taxes should be viewed in context of the broader economy.  Many investors are concerned that the anemic economic recovery will sputter further, particularly as the debate over the debt ceiling continues to rage.

Members of the GOP, led by Speaker of the House John Boehner (R-OH), have indicated they they will not vote to raise the debt ceiling without significant spending and budget cuts including popular entitlement programs such as Medicare and Medicaid.

The Speaker’s public statements on the debt ceiling and the need for cuts, have angered some.  Recently, 75 professors at Catholic University, where the Speaker is receiving an honorary degree this weekend, wrote an open letter accusing him of supporting a budget that will hurt the old, the sick and the poor.

“Mr. Speaker, your voting record is at variance from one of the Church’s most ancient moral teachings: From the Apostles to the present, the Magisterium of the Church has insisted that those in power are morally obligated to preference the needs of the poor,” they said.

Whether the accusation is fair, it is true that austerity measures can affect the lives of many residents. Following reduced funding from the federal government, 21 states are considering cuts in public school aid its balance their budgets, according to The Center for Budget and Policy Priorities. In order to keep the nation’s debt at its current level without raising taxes, federal spending would have to be cut by 35%, or $1.2 trillion dollars, according to the Government Accountability Office. Of course, such an effort would be unsustainable.

In addition to demanding changes to entitlement and spending cuts, Republicans are refusing to consider any tax increases. While that may make sense to some, an exception should at least be made for sin taxes. There are many who maintain that income taxes, property taxes, and even corporate taxes should remain fixed, or even lowered. Increases in income taxes could dampen consumer spending, the argument goes. That’s hardly a prudent course of action for a struggling economy. Likewise, raising property taxes would do nothing for the languid housing market. And corporate taxes, especially for small businesses, are often regressive, and could ultimately discourage hiring if they are raised too high.

That’s one reason states are more dependent on sin than ever.

These are the states that derive the greatest amount of their revenue from bad habits.