The States That Protect Personal Freedom 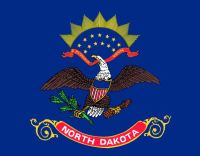 North Dakota’s strengths in liberty are largely for fiscal issues, although it also does well for personal freedom. The state has very low government spending, taxes, and debt. Additionally, the state has done particularly well  reforming its eminent domain system. North Dakota also has one of the least restrictive tort systems, which reduces businesses’ liability in civil actions, according to state business owners and managers. The state does not approach many social issues with the same concern for freedom, however. There is a high level of school regulation, both for private schools and homeschooling. North Dakota also has the highest rate of arrests for what the report refers to as “victim-less crimes” – those involving drugs, liquor, gambling, and prostitution – both as a percentage of the population and as a percentage of all arrests.

Virginia is, according to the George Mason study, the state with the most freedom in the southern U.S. Like most Southern states, most of this liberty comes in the form of economic and regulatory freedom, rather than personal freedom. Virginia has relatively low taxes, and low state government spending. It does, however, have one of the highest liquor tax rates in the country, which limits residents “freedom” to purchase it. In terms of personal freedom, the state does well in some areas, including having a low rate of arrest for victimless crimes. On the other hand, the state has one of the longest mandatory terms for school attendance – 13 years, which includes Kindergarten.

Oregon has had the greatest increase in overall freedom since George Mason University’s 2007 “Freedom In The 50 States” report, increasing from the 22nd highest-ranked state to the eighth. It has improved its court system since that year, adopted same-sex civil unions, and decreased taxes from 9.7 percent of personal income to 8.8 percent. The state also currently has the highest score in the country for personal freedom. Marijuana possession has been decriminalized in many cases. The state has refused to enact sobriety checkpoints. It is one of just three states to allow physician-assisted suicides. The state’s greatest weakness is its high level of state government, which has contributed to significant state debt.

Colorado receives high marks for personal and fiscal freedoms. Its tax system has one of the strongest examples of fiscal freedom of any state. In 1992, Colorado was one of the first to incorporate a taxpayer bill of rights, which requires all major tax hikes be voted on through referendum first. Colorado also relies less on state and federal funds than any other in the country, with more 45% of revenue coming from local sources. The state has decriminalized marijuana, but has one of the strictest public smoking policies in the U.S.

Nevada, which is widely perceived as a fairly libertarian-leaning state, is known for its relaxed gambling laws and locally-optional position on prostitution. Gun, alcohol, and marijuana laws are all better than average, according to the study. It also enacted same-sex civil unions in 2008. The state’s schooling regulations hurt its overall ranking, however. It has the strictest private school regulations in the country, with “mandatory state approval of all schools, mandatory state licensing of all teachers, and detailed curriculum control.” Nevada also has smoking bans in all restaurants and places of work, except for bars, and recently passed its own minimum wage on top of the federal requirement.