States Where People Pay The Most (And Least) In Taxes 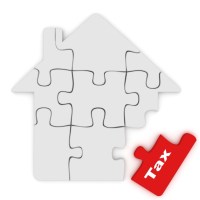 Different states tax their residences at different levels. In some states, like New Jersey, residents pay 12.2% as a percentage of their income. In others, like Alaska, they pay as little as 6.3%. 24/7 Wall St. reviewed a report recently released by the Tax Foundation to identify the states where residents paid the most and least in state and local taxes as a percent of income.

The amount varies widely as not all states have the same sources of revenue. Some get more from business levies than others. Some have a statewide sales tax. Some cities and towns tax property based on value, while others don’t. The issue of what people are taxed at the state and local level is complex, among other reasons, because states often receive a large amount of their tax receipts from sources other than the simple payments of state residents.

The Tax Foundation report, “State-Local Tax Burdens Fall in 2009 as Tax Revenues Shrink Faster than Income,” shows the extent of the differences. The most important reason for the variation is that some states generate a significant amount of their tax revenue from businesses and out-of-state residents, thereby minimizing the burden of taxes borne by residents. Alaska, for example, gets 80% of tax receipts from such sources. State residents get the equivalent of a subsidy from some of the world’s largest oil companies.

Conversely, states with low out-of-state business receipts must collect a higher percent of taxes from their residents. This is case in New Jersey, which gets only 20% of its tax receipts from such sources. As a matter of fact, most of the really large companies in the region are on the other side of New Jersey’s northeast border in New York State, thereby creating a higher burden on residents.

Mark Robyn, economist at the Tax Foundation and author of the report, told 24/7 Wall St. that the “study accounts for the fact that all states are able to some extent to shift their tax burden onto the taxpayers of other states. Much of this ‘tax exporting’ happens naturally through no special effort by policymakers, but some states have special sources of revenue that allow them to export more of their burden to non-residents. For example, Nevada relies on tourism taxes, while Alaska, Wyoming and North Dakota rely heavily on oil taxes that are passed on to consumers around the country.”

In addition to the report from the Tax Foundation, 24/7 Wall St. reviewed data from the Census Bureau, the Federation of Tax Administrators, and the Mercatus Center at George Mason University.

The total tax burden an individual pays refers to the percentage of state residents’ income that goes to state and local taxes, and, on top of that, what each person must pay the federal government. The equation that puts all of those numbers together is complicated, and is among the reasons that the debate over federal taxes is so heated. People often end up with payments to several tax authorities. Their nominal federal tax rate may mean very little when it comes to what must be paid to all applicable government bodies at the end of each year. The amount that a person keeps from each dollar that he or she earns can be affected more by local government needs than those of the federal government.

These are the states where residents pay the most and least in taxes.