Talks on Iran Sanctions, Nuclear Development Not Yet Productive 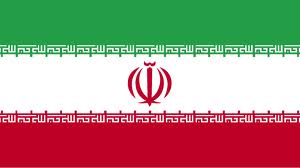 Negotiations in Baghdad between Iran and the P5+1 nations — the US, the UK, France, China, Russia, and Germany — over the continued development of Iran’s nuclear program and the existing and future sanctions against the Middle Eastern nation have succeeded thus far only in making clear that a deep divide remains between the two sides.

For their part, the six countries representing the permanent members of the UN Security Council plus Germany are willing to provide some aid to Iran if the country will agree to end its 20% nuclear enrichment program. Iran is demanding an end to current and future sanctions, which the other side has refused to put on the table unless Iran agrees to a more significant pullback in its nuclear development.

The Financial Times cites one diplomat:

There is a mismatch of expectations between Iran and the six over the package that is being proposed. We need to drill down in discussions to see what aspects of the package Iran really is prepared to accept.

An apparent agreement between Iran and the International Atomic Energy Agency (IAEA) reached earlier this week was believed to hold out hope for an agreement that would reduce tensions between Iran and the six nations. But the agreement with the IAEA was related solely to inspections, not to changes in Iran’s development program.

A report at Bloomberg News claims the two sides are wrapping up negotiations, and that the likeliest outcome is an agreement to hold further discussions, perhaps as soon as in three weeks. An EU spokesman said, “If there wasn’t progress, we wouldn’t still be holding the talks. Progress has been made.”

When progress in negotiations is defined as only an agreement for further negotiations, that’s pretty small beer. Still, both sides continue to sound hopeful which is better than nothing.