Best Buy: When Ratings Agencies Talk Up Rumors Of Buyout 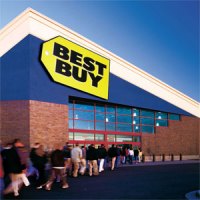 How often do ratings agencies talk about buyout rumors?  That is what we are faced with this morning after a report was issued by Fitch Ratings covering Best Buy Co, Inc. (NYSE: BBY). The report is titled ‘Best Buy LBO Rumors Abound, but Hurdles Evident’ and its report noted, “Fitch Ratings believes market speculation surrounding a potential Best Buy leveraged buyout is notable, although we believe significant challenges would stand in the way of consummating such a deal.”

The key resignation of Best Buy founder Richard Schulze has allowed rumors of a leveraged management buyout to gather steam.  Schulze did not formally announce his intent regarding his 20% stake in the company and bondholders would probably be protected by change of control covenant as each of the company’s three bond issues allow bondholders to put their notes back to the company at a price of 101 if some entity acquires more than 50% of the company’s voting shares and if the bonds are downgraded to below investment grade by each of the rating agencies. In addition, liens are limited to the greater of 15% of consolidated net tangible assets or 10% of consolidated capitalization.

Fitch called it attractive from an LBO perspective at 2.2x LTM EV/EBITDA, as it still generates meaningful profitability, with EBITDA in the range of $3.3 billion to $3.4 billion and with strong free cash flow. Best Buy also had $1.4 billion in cash as of May 5, 2012.  Potential buyers could also consider major cost cutting and accelerating the downsizing of the company’s retail foot print versus current management plans.

Our take is a bit different while somewhat overlapping with Fitch’s take.  The obvious headwinds and hurdles are around same-store sales, market share, and a growing competition as consumers move to find the lowest prices. In some cases, Best Buy faces some of the same challenges as RadioShack Corporation (NYSE: RSH).  We had not considered that Schulze was resigning to do a management-led buyout.  Would another retailer want to acquire this company?

It is important to remember that RadioShack was a rumored buyout stock for too long to count, yet no buyers surfaced.  What about Circuit City?  It was run into the dirt by its CEO Philip Schoonover, who came from Best Buy, and the company fought off a buyout.  Ultimately after the fall, no buyer surfaced for its assets other than its name, website, and online customer connections out of bankruptcy court. And what about GameStop Corporation (NYSE: GME)?  It is still worth $2.4 billion and its shares have been depressed while it trades as a deep value stock (ergo a ‘value trap’).  No buyer ever surfaced for it here. Private equity firm Madison Dearborn Partners did buy CDW Corp. for approximately $7.3 billion back during the private equity boom.  Is there a possible tie in there with Schulze?

The thought that Target Corporation (NYSE: TGT) might step up here seems too difficult to even believe, so we would look elsewhere.  Best Buy has a market value of $6.8 billion.  At $19.75 for its stock price, its 52-week trading range is $17.53 to $32.85 and this stock was above $45.00 in mid-2010.  Would shareholders accept an at-the-market bid?  Or even $20 per share? or even $25 per share?  It seems unlikely, but who knows.  Schulze has about 20% of the company and if he can partner with a buyout shop he could probably round up more votes.  It is even possible that Schulze could get an exception from the debt covenants under a change of control when you consider that this company technically has no one really in control.

The crux of the rumors need to be heeded and private equity firms know this rule well.  Fitch ended its report with the comment “Retail LBOs are typically unsuccessful unless a retailer has strong positioning within its category and the ability to grow market share on an ongoing basis in a sector that is characterized by minimal growth and heavy competition.”

Here is the full Fitch report and here is a New York Times Dealbook article pondering the same buyout possibilities from this April.