Has Brazil Lost All of Its Luster? 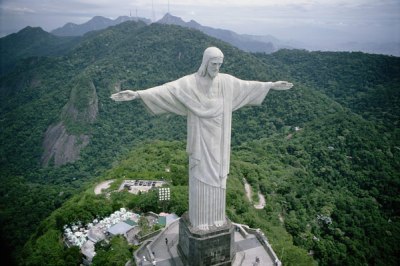 Brazil is one of the so-called BRIC nations, an investment term denoting Brazil, Russia, India and China. This used to have great growth connotations for investors, but as you can tell by the past tense and the tone here this is not so great any longer. Growth in the BRIC nations has been derailed, and Brazil may have lost all of its luster. The problem is that investors now are finding that Brazil’s only attraction for their hard-earned assets is a beach trip.

What has happened in Brazil of late is a reversal of all the great things that were taking place over the last decade. The coming Olympics may come with more problems than gains as the infrastructure may not be adequate in time for the big games. The country is having social and labor issues that are not exactly the most favorable for investors. Inflation remains high at close to 6%, and GDP growth of close to 2% is just not anywhere strong enough to bolster emerging market investor confidence.

Brazil’s currency valuation has made the nation less attractive for investment and for competitiveness in trade. Local taxes also make the country challenging for foreign products (remember the $1,000 iPhone?). Also, how does it sound to would be investors for opportunity when one of the world’s wealthiest billionaires goes bust due to the downward spiral? Income inequality and crime have both gotten better but they both remain pressing problems.

So, how does all of this translate into lucrative, or not so lucrative, investing opportunities for 2014? The good news is that stocks and assets have sold off handily from highs. The bad news is that it is harder and harder to find raging bulls who believe these will improve massively. 24/7 Wall St. is portraying several key issues from stocks, funds and ETFs that trade around the Brazil theme.

iShares MSCI Brazil Capped (NYSEMKT: EWZ) is perhaps the go-to investment vehicle for Brazil. This ETF aims to track the performance of the MSCI Brazil 25/50 Index, which consists of stocks traded primarily on the BOVESPA. At $52.35, the 52-week trading range is $40.68 to $57.76. This is down over 5% fo far for 2014, and trading volume seems to be on the decline here.

Petróleo Brasileiro S.A. (NYSE: PBR), also called Petrobras, has been a disaster. After having one of the largest equity offerings ever, the outlook for this oil giant has gone from positive to negative. The ADR now trades at $12.50 versus a 52-week range of $12.03 to $20.19. Petrobras has many investors who are buried in this stock up in the $30s and the stock was up at $50 as recently as 2009. The company is beholden to its workforce ahead of investors and the government gets to dictate its pricing at unfavorable terms for it so that Brazilians can afford energy. It has massive reserves and opportunity, but the current regime is no good for Petrobras shareholders.

Vale S.A. (NYSE: VALE) is one of the top diversified miners, targeting base metals, precious metals, and other metals and minerals out of the earth. It is global and has suffered along with other miners, so its woes might not just be from being in Brazil. This is one of the most active ADRs from Brazil which trades in New York, as average volume is close to 16 million shares per day. At $13.78, its 52-week range is $12.39 to $20.70.

Embraer SA (NYSE: ERJ) has held up far better than most companies in Brazil. It is the nation’s aerospace company, making jets and competing internationally for orders against Boeing and Airbus. At $34.45, the 52-week range is $27.19 to $39.47. This is hardly a victory for the bull market rise on Boeing, but at least it has held up better than others in Brazil.

Someone once said privately that Brazil has the most promise of all emerging economies, and all Brazil will ever have is promise. That may feel a bit like a stretch based upon what has been seen in years past, but that phrase is getting harder and harder to argue about being entirely false. What do investors do when their capital is treated poorly in a nation? They go elsewhere.