Does Putin Care About Russia's Stock Market at All? 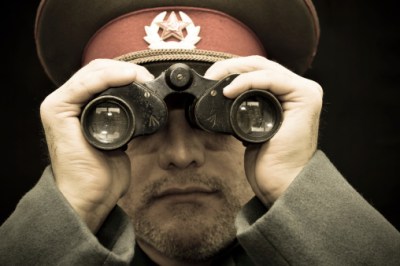 Source: Thinkstock
Vladimir Putin’s decision to try to seize Crimea from Ukraine may make nationalists happy, but investors — Russian or otherwise — are getting clobbered. Russian stocks have been in a tailspin since mid-February with the Micex — the benchmark index of the Moscow Stock Exchange — falling nearly 17% since then. It was off nearly 2% on Thursday after opening higher. The Russian ruble is off about 10% since December 31.

The swoon has translated into big losses for investors in Russian exchange-traded funds (ETFs) and the American depositary units of Russian companies. The Market Vectors Russia ETF (NYSEMKT: RSX), the mostly widely traded of the ETFs, is down 24.5% this year. It is off 16.2% just since February 18. It hit a 52-week low of $21.74 on Thursday and was trading at $21.82, down 0.9% early Thursday.

The most cynical of investors will cry out “bargain!” But it is nowhere near clear that making a bet on Russian stocks will work out — yet. Putin does not seem to care what the markets are communicating. He has not made any references to the travails of his country’s financial markets.

If Russia’s business establishment is worried, they aren’t saying. But the markets are clearly signaling that, without some resolution of the Crimea crisis, Russia’s economy could stall.

Russian gross domestic product grew by about 1.3% in 2013, down from 3.4% in 2012 — one of the sharpest slowdowns in emerging markets. Many forecasters were expecting a slight upturn in 2014.

Sanctions may be coming from the United States and/or elsewhere. To put more pressure on Putin, the European Union has stalled two big natural gas pipeline projects, The Wall Street Journal reported Thursday. The pipelines were supposed to bring natural gas to Western Europe.

Russia’s economy today is dominated by energy and natural resources companies. Energy companies represent about 25% of the value of the Market Vectors Russia ETF. Russia is the biggest supplier of natural gas to Western Europe and is the sole supplier of gas to Sweden, Finland, Estonia, Latvia, Lithuania and Bulgaria.

The EU believes it can absorb supply shortfalls of Russian gas. Europe has had a mild winter (at least in terms of temperature). Storage facilities have been expanded. So have pipelines that bring gas east. In addition, the EU is preparing sanctions such as visa bans and asset freezes against Russia, which has occupied the Ukraine peninsula of Crimea with troops, if Moscow does not agree to setting up a contact group to start negotiations with Kiev.

So, the question that remains is how long the Russian bear can endure a bear market.