Seven Stocks That Analysts Want You to Sell 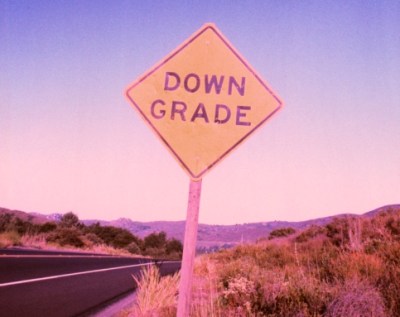 Source: Thinkstock
This past week marked the fifth anniversary of the bottom of the market from March 2009. To celebrate those massive gains since then, the Dow Jones Industrial Average has now fallen five consecutive trading sessions. Some pockets are expected to fall even more.

Deutsche Bank has predicted that the next 5% move would be a market correction of 5%. Maybe that will be a welcoming sign to some investors who want to buy stocks that they missed. 24/7 Wall St. tracks dozens of analyst calls each day looking for new ideas on stocks to buy and sell.

While Wall Street analysts get blamed for being too bullish and for missing the top of every market, these analysts do actually tell investors to sell stocks from time to time. In fact, we tracked seven big official “Sell” ratings this last week in calls that stood out. We did not even include the Underperform and Underweight ratings, which would include many more stocks.

A brief explanation has been provided for each stock with a Sell rating from this last week. Also noted was the date of the calls, as well as price and target data if applicable.

Best Buy Co. (NYSE: BBY) is a battleground stock. The turnaround turned around handily, only to see its shares get pounded after the last bit of earnings reports. Edward Jones downgraded the stock to Sell from Hold on March 11. After closing at $25.70 on Friday, the consensus price target is up closer to $33.

Intel Corp. (NASDAQ: INTC) was listed as a serious stock to avoid, when AMD was called a Buy in the same call. Ascendiant Capital started Intel with a Sell rating March 11, with a downside price target of $20 per share. Intel closed at $24.50 on Friday, implying that it could lose one-fourth of its value. The consensus price target is up at $25.05.

Hibbett Sports Inc. (NASDAQ: HIBB) was lowered to Sell from an already cautious Hold rating at Stifel Nicolaus on March 14. The call came after Hibbett posted lower earnings, even as sales rose. At $55.70, the consensus price target is up at $60.64.

Plug Power Corp. (NASDAQ: PLUG) sold off handily after getting way too frothy this last week. The catalyst was a short sell alert from Citron Research’s Stocklemon alert. Cowen even followed up with a downgrade to Market Perform, which is not a sell rating by any stretch and the “Outperform” rating was issued on January 21 when the stock was closer to $3.50. Still, the new Stocklemon report said that the real value is only about $0.50 per share. Plug Power closed at $6.71 on Friday – after peaking at $11.72 earlier in the week. How does a 42% pullback from the peak sound in less than one week?

Northern Trust Corp. (NASDAQ: NTRS) may be one of the best run trust banks that there is, but don’t tell that to UBS. UBS gave Northern Trust only a Neutral rating starting in December 2011, but on March 11 the investment house downgraded the stock to Sell. No formal price target was issued, but the stock lost at least $2 during the week to close at $62.04 on Friday. The consensus price target is only $64.40 here.

Synta Pharmaceuticals Corp. (NASDAQ: SNTA) was lowered to Sell from Hold at Stifel Nicolaus on March 12. Synta shares closed down at $4.38 on Friday, after briefly reaching $5.77 earlier in the week. Its consensus price target is listed up above $13, but this consensus feels as though it has not been adjusted.