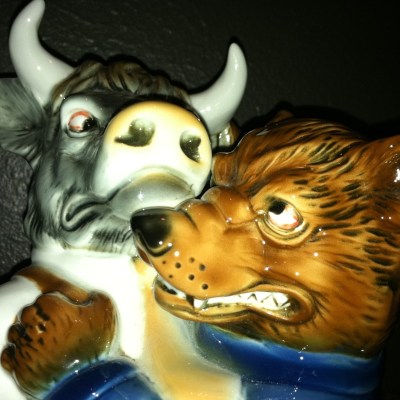 Source: courtesy of Jon Ogg
Stocks were indicated to open lower on Monday after hitting all-time highs last week. With the bull market now nearing nine years old, the one trend that has prevailed for more than five years now without fail is that investors keep finding new reasons to buy stocks after every market sell-off. Those same investors are also hunting for new investing and trading ideas to generate gains and income ahead.

24/7 Wall St. reviews dozens of analyst research reports each day of the week. Our goal is to find new investing and trading ideas for our readers. Some of these daily analyst reports and research notes cover stocks to buy, and others cover stocks to sell or to avoid.

These were the top analyst upgrades, downgrades and other research calls from Monday, October 30, 2017.

Chevron Corp. (NYSE: CVX) closed down 4.1% at $113.54 on Friday after earnings. Chevron was reiterated as Buy with a $137 target price at Jefferies. The firm said that Friday’s 4% drop following its earnings release represents a buying opportunity in an oil giant poised for both significant production growth and a major inflection in its cash cycle. Chevron has a 52-week range of $102.55 to $120.89 and a consensus price target of $122.57.

Intel Corp. (NASDAQ: INTC) was raised to Outperform from Market Perform with a $58 price target (versus a $44.40 prior close) at BMO Capital Markets. This is after Intel saw numerous target hikes after beating and earnings and as shares broke out to new 17-year highs. Intel now has a 52-week range of $33.23 to $45.00 and a consensus price target of $44.74.

Merck & Co. Inc. (NYSE: MRK) was down 6% to $58.24 on Friday, and shares were indicated down another 3.6% at $56.12 on Keytruda weakness and downgrades. Merck was downgraded to Equal Weight from Overweight at Barclays, noting a lack of meaningful upside after Keytruda. SunTrust Robinson Humphrey downgraded Merck to Hold from Buy, and Morgan Stanley downgraded its rating to Equal Weight from Overweight. Merck had a prior 52-week range of $57.82 to $66.80, and it had a consensus price target of $69.35.