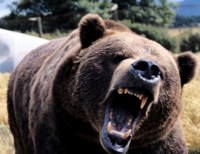 Source: Thinkstock
Spain slipped further into recession, which means that its need for aid has accelerated. Its gross domestic product for the third quarter dropped 0.3%, on top of a drop of 0.4% in the quarter before. Spain has an unemployment rate above 25%.

The awful numbers have triggered a series of undesirable issues. The first is that austerity plans will be set in place, and these will undermine growth as incomes and employment drop further and gut the tax base. This in turn will cause more budget cuts, which will damage the economy even further. Since there is no appetite among Europe’s stronger nations to supply stimulus money, that way out of trouble is blocked.

Social unrest is on the rise in Spain, as well. While the effects of this cannot be measured because no one knows how widespread they will be, strikes and protests could destabilize the current government. And people who walk off the job for a time contribute to a drop in the tax base.