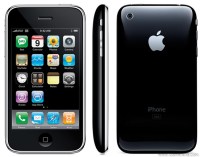 It has to be frustrating to Verizon Communications Inc. (NYSE: VZ) to stand by and watch the success of the Apple Inc (NASDAQ: AAPL) iPhone and iPad which helps its major rival AT&T Inc. (NYSE: T).

Verizon apparently will attack AT&T where it could hurt. It will build a tablet PC with Motorola (NYSE: MOT), based on Google’s (NASDAQ: GOOG) popular Android mobile OS.

The FT reports “The device, which will have a 10-inch scree could launch as early as this autumn in the US.” The new device will probably be able to link to the Verizon fiber-to-the-home FiOS product so that it can used as a TV alternative, something which Apple iPad can not do.

AT&T and Verizon Wireless each have over 90 million subscribers in the US, which puts them well ahead of rivals Sprint-Nextel (NYSE: S) and T-Mobile. Each faces that problem that there are now 270 million wireless subscribers in America and that the expansion opportunities have nearly peaked. That means that the firms are now competing over a nearly fixed number of customers.

Motorola has already shown it has expertise in the business of making Android-based devices. Its new Droid smartphone have improved Motorola’s faltering fortunes and the company may be equally adroit at building a tablet with the same software

The tablet business in the US is already very crowded, but only on paper. There are rumors that Dell Inc. (NASDAQ: DELL), Hewlett-Packard Co. (NYSE: HPQ) and Microsoft Corporation (NASDAQ: MSFT) may all launch tablets  in coming months.

Verizon and Motorola have some advantages over rivals including the leverage they receive from Verizon’s large customer base.

The tablet PC market is about to look like most other consumer electronics segments. It is tempting to be in the TV, digital camera, PC, e-reader, and digital media player business–until another dozen companies rush hoping to  make a profit, the business becomes overcrowded, and margins drop.

Apple, with a lead in the tablet market, is likely to be a winner, but the battle for the balance of the market will be ugly and expensive.