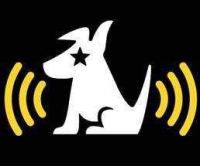 Source: Sirius XM
SIRIUS XM Radio Inc. (NASDAQ: SIRI) is so far managing to avoid any soft patches in the economy. Some headlines arising from today’s earnings report may be shocking, such as “Sirius XM Reports over $3 Billion in Income.” The leader in satellite radio in America reported for its second quarter a record revenue up 13% to $838 million, and the headline income number was a whopping $3.1 billion. Be advised that the net income figure does include a gain of $3 billion via a tax benefit. The company’s adjusted EBITDA rose by 28% to a record high of $237 million, while its free cash flow grew by 39% to a record $230 million.

On an apples to apples basis, the satellite radio provider reported earnings close to $0.02 EPS on a normalized basis, based on its diluted share count on revenue of $838 million. Thomson Reuters showed a consensus of $0.02 per share and $834.4 million in revenue.

We’ve also raised our subscriber, revenue, and adjusted EBITDA guidance as the Company exceeds its targets and as subscribers demonstrate how much they love our great content. We are excited to deliver our new SiriusXM On-Demand service to our subscribers via the internet and smartphones, and our program to launch a personalized music feature via these same channels by the end of the year is on track.