Can Streaming Save the Video Kiosk? 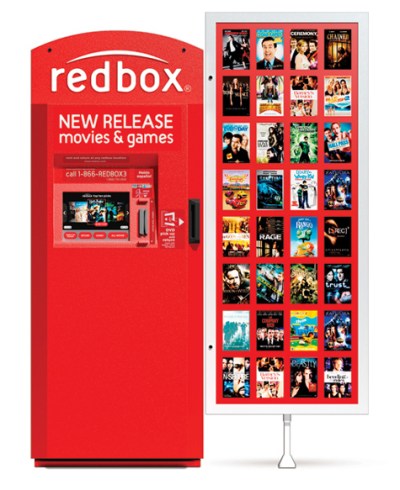 Source: Outerwall Inc.
When Coinstar Inc. (NASDAQ: CSTR) reported earnings last night, the owner of the Redbox DVD-rental machines beat earnings estimates by 27%, but net income was down by the same amount for the quarter. Sales were up, but well below estimates. And then things got worse.

Fewer new DVDs and the lack of top-quality videos and movies is not going to help Coinstar’s streaming video joint venture with Verizon Communications Inc. (NYSE: VZ) because content producers like movie studios and cable channels have dragged their feet on releasing programming for streaming. Netflix Inc. (NASDAQ: NFLX), once the favorite of content producers, also has become a red-headed stepchild as the producers launch their own streaming channels in an effort to capture more revenue. Either that, or raise their demands so much that content costs batter profits.

The basic way for Netflix and Redbox Instant to fight this is to add subscribers, something that Netflix did quite well in the fourth quarter, with nearly 5.5 million new subscribers. Redbox Instant has rolled out on the Xbox 360 from Microsoft Corp. (NASDAQ: MSFT), and is scheduled to roll out widely by the end of the current quarter. To compete with Netflix or Amazon.com Inc. (NASDAQ: AMZN), Redbox Instant will need to spend big money, which is presumably the reason for Verizon’s inclusion in the streaming joint venture.

But it will be an uphill struggle. Here is a snippet from Netflix’s recent quarterly report:

Redbox Instant has yet to launch officially, but Coinstar’s complaints about content are not going to fix this problem. In Coinstar’s favor is that Netflix and Amazon have the same problem, although Netflix’s foray into original programming could help it offset the lack of cooperation from the studios and cable channels. But producing content is expensive too.

The other heavyweight competition will come from Google Inc. (NASDAQ: GOOG) and its 600-pound video gorilla, YouTube, and its sponsored channels that YouTube is expected to test as paid subscriptions.