No, Zombies Are Not Dead Money... Billions of Dollars 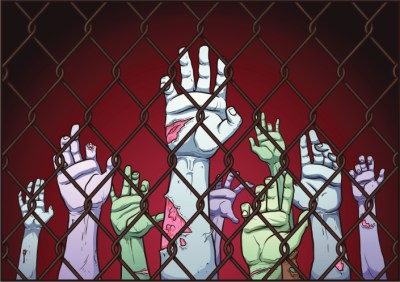 Source: Thinkstock
If there is a fad or a trend then you know there is serious money to be made from it. Zombies have grown and grown in popularity over the last decade, and the Season 4 premiere of The Walking Dead was a another record-setter. AMC Networks Inc. (NASDAQ: AMCX) has released its figures showing that the series had the highest ratings of any episode in series history.

It was just about two years ago that 24/7 Wall St. evaluated what zombies meant in economic spending to the real world economy and that was a figure of about $5 billion. It would be much more today as you will see by these figures and then when you add on even more Resident Evil franchise sales, TV sales, books, costumes from two more Halloweens and more.

A whopping 16.1 million total viewers watched The Walking Dead’s first episode of season four. Some 10.4 million of those were adults aged 18 to 49. This premiere outperformed all programs including primetime NFL football. It was also said that if you count a time-shifted playback, the fourth season premiere should exceed 20 million viewers.

AMC President Charlie Collier’s quote even included the snippet, “the dead have never been more alive.” He might have well said, “Cha-Ching!”