Why Disney Shares May Be Headed Up to $100, With or Without Star Wars 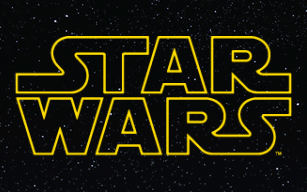 Source: starwars.com
Walt Disney Co. (NYSE: DIS) was a beneficiary of the anti-Aereo ruling from the Supreme Court last week, but the media and entertainment giant keeps chugging ahead and firing on all cylinders. Shares recently hit an all-time high of $85.86, but the trend is for the stock to keep going.

The consensus price target among all Wall Street analysts is $89.54, versus an $85.30 close on Friday. The prior street-high target was $97, but one analyst is now calling for $100. Jefferies’ John Janedis started coverage on Disney with a Buy rating and assigned the street-high target of $100. Disney had a great week as the stock was down at $82.68 prior to the report being issued.

Keep in mind that the boost from Star Wars is still 18 months or so out in December of 2015. That $4 billion purchase price for Star Wars will likely prove to be one of Disney’s greatest acquisitions ever. Our own latest take on the matter is that the Star Wars franchise value will surge, and this gives Disney a couple decades of massive earnings power. Disney may even turn the $4 billion into another $30 billion.

Now Disney shares are at $85.30, versus a consensus price target of $89.54. If Jefferies is correct, Disney is going a lot higher. The analyst’s EPS target implies that investors should be willing to pay just over 15 times 2016 earnings.

This also fits in with the theme of our 10 stocks that will take the DJIA up to 20,000. While Disney was not selected as one of those stocks, perhaps it should have been.