Disney Out of Blockbusters for 2014 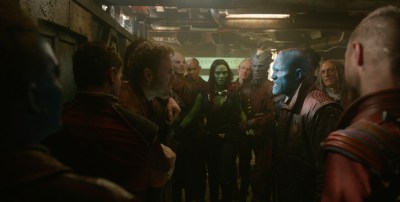 Source: Courtesy of The Walt Disney Co.
The summer movie season ended on Labor Day, and we’ve now entered the fall season, which runs through the Thursday November 6. The summer champion was crowned over the final weekend: “Guardians of the Galaxy” from Walt Disney Co.’s (NYSE: DIS) Buena Vista Studio posted has more than $280 million in U.S. ticket sales since its release on August 1.

The better news for Disney is that “Guardians” displaced the previous 2014 leader “Captain America: The Winter Soldier,” also from Buena Vista. With “Guardians” as the box office sales leader for the year to date and “Captain America” in second with almost $260 million, Disney is having a very good year indeed — and that’s before you add in the year’s fifth highest grossing film, “Maleficent,” also from Buena Vista, which has done nearly $240 million in ticket sales so far this year.

The next movie the company has on its release schedule is due October 10, “Alexander and the Terrible, Horrible, No Good, Very Bad Day,” starring Steve Carell and Jennifer Garner. The PG-rated film is not likely to threaten the top of the box office rankings. An animated feature, “Big Hero 6,” is due on November 7, followed by a musical, “Into the Woods,” starring Meryl Streep, Emily Blunt and Johnny Depp on Christmas Eve.

There doesn’t look to be anything there that can lift the stock’s high to match the $15 per share rise in the annual low. The high price target among 28 analysts covering the stock is $108 a share, which is about the level the stock would have to rise to in order to match its rate.

Disney’s studio entertainment division posted revenues of $1.8 billion in the third fiscal quarter, about 14% of the company’s total revenues. Operating income of $411 million represented about 11% of the company’s total. For Disney, the big money is in its media networks division with ABC, ESPN and its eponymous cable channels. Networks generated 44% of revenue and nearly 60% of operating profit in the second quarter.

It is probably a good thing that Disney doesn’t depend on movies, even the blockbusters. Ticket sales for the summer season were down nearly 22%, according to Box Office Mojo, to a total of $3.8 billion. For the year so far, 2014 is the worst for U.S. ticket sales since 1997. Even the scheduled November 21 release of “The Hunger Games: Mockingjay, Part 1” from Lions Gate Entertainment Corp. (NYSE: LGF) may not be enough to push ticket sales above last year’s level.