Will DirecTV Have to Kill or Tame Creepy Loser Alter-Ego Rob Lowe Ads? 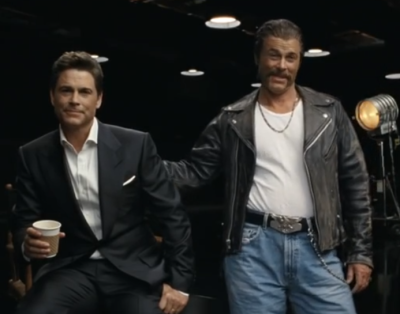 Source: YouTube Rob Lowe
Americans seem to have an endless love for funny commercials. If you are one of the consumers who think the creepy, loser and deadbeat Rob Lowe ads for DirecTV (NASDAQ: DTV) to encourage cable users to switch to satellite over cable are funny or effective, those commercials may soon have a different message without at least some of the claims of how much better DirecTV is over cable.

The LA Times website has reported that DirecTV has ended the campaign with Rob Lowe.

Perhaps the real question to ask is if anyone really gets any of the individual points, other than “Don’t be like this me. Get rid of cable and upgrade to DirecTV.”

The Better Business Bureau’s National Advertising Division (NAD), an investigative unit of the advertising industry’s system of self-regulation, has recommended that DirecTV discontinue certain claims made in the advertisements featuring Rob Lowe and his alter-ego characters.

Before thinking that the ads will all be pulled immediately, DirecTV has said it will appeal NAD’s findings. What appears to have driven the latest effort is that Comcast Corp. (NASDAQ: CMCSA) challenged many of the DirecTV commercial claims. These were shown to include the following:

ALSO READ: Should the NBA and Its Billions Have AAA Credit Ratings?

The NAD said in its recommendation:

Although humor can be an effective and creative way for advertisers to highlight the differences between their products and their competitor’s, humor and hyperbole do not relieve an advertiser of the obligation to support messages that their advertisements might reasonably convey — especially if the advertising disparages a competitor’s product … the alter-ego Rob Lowe depictions are humorous, outlandish and buffoonish and might not by themselves communicate a factual message about cable.

DirecTV’s advertiser statement indicated that the company continues to believe that the various Rob Lowe advertisements are so outlandish and exaggerated that no reasonable consumer would believe that the statements being made by the alter-ego characters are comparative or need to be substantiated. The company further said that it disagreed with NAD’s findings and would appeal NAD’s adverse findings to the National Advertising Review Board.

Any changes of this sort that have been recommended, which are not forced changes immediately, likely would get to just have different claims that are more reasonable. The flip-side is whether DirecTV would run the commercials if they don’t get to make the same claims about how much better satellite is compared to cable.