'Avengers: Age of Ultron' Posts Second-Highest US Opening Ever 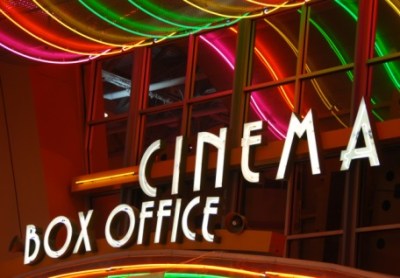 Source: Thinkstock
To virtually no one’s surprise, “Avengers: Age of Ultron” had a massive opening in the United States over the weekend. The only suspense was whether the film would surpass the opening weekend total for its predecessor, 2012’s “The Avengers.”

Showing on 4,276 screens across the country, the new film is estimated to have sold $187.7 million in tickets, about 9% below the total racked up by “The Avengers,” which banked a first weekend total of $207.4 million.

The film has already pulled in $439 million for Marvel Studios and Walt Disney Co. (NYSE: DIS) in its 12-days of international release. The combined worldwide total now sits at an estimated $627 million, ranking it at 88th on the all-time worldwide box office list, a few steps below “Thor: The Dark World” and a few notches above “Iron Man 2,” the former from Disney and the later from Viacom Inc.’s (NASDAQ: VIAB) Paramount Studios.

The new movie had some tough weekend competition that could have held down ticket sales. A heavily hyped boxing championship, the Kentucky Derby and a game 7 NBA playoff game were all competing for attention on Saturday. “Avengers: Age of Ultron” posted a big Friday, but ticket sales dropped 18% on Saturday, according to Box Office Mojo, likely due to the fact that the movie’s audience was 59% male and 59% over the age of 25, probably the likeliest demographic for the sports events as well.

“Avengers: Age of Ultron” opens in China on May 12, and the film should easily reach $200 million in gross sales with $300 million certainly within reach. “Furious 7,” the seventh film in the “Fast and Furious” franchise, held on to first place in the China box-office sweepstakes, with $31 million ticket sales this past weekend. The film, from Comcast Corp.’s (NASDAQ: CMCSA) Universal Studios, has earned $381 million in gross receipts in China.