The SEC requires that companies release the pay of their top five executives each year. The agency calls these the “named officers” of the company.

Based on the company’s stock market performance, the executives could say they were fairly compensated. Despite the year-end sell-off that affected all the mega tech stocks, Netflix shares were up 24% to $256. Netflix has a market cap of $111 billion.

Netflix also had a banner year in terms of growth. Revenue in the third quarter was $4 billion, up from $3 billion in the same quarter a year ago. Net income was $403 million, up from $130 million. Even more extraordinary was the pace of subscriber growth. By the end of the third quarter, Netflix had 137 million subscribers, up from 109 million. The company forecast the figure would rise to almost 147 million by the end of this year.

Many investors would say that the five Netflix executives earned every penny, in terms of what they were paid. 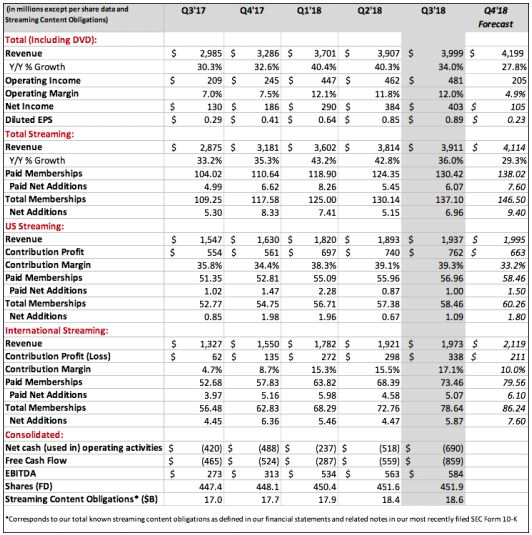