Walmart in China: Still Bricks-and-Mortar in an Online World 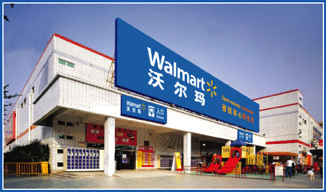 And Walmart’s physical expansion in China appears to have slowed. In fiscal year 2011, the company opened a net 49 new locations in China, compared with just 12 in 2013. The company closed at least 15 stores in China in 2013, the first time that the company has closed stores in the country, according to a report in Caixin Online.

But Walmart, which plans to open 110 new stores in China over the next three years, appears to be content with its current share of the country’s e-commerce sales. A senior vice-president of Walmart China told Caixin, “Our priority is retail stores before we consider e-commerce. We’re not (becoming) an e-commerce business simply to sell more goods.” The company’s motive in introducing e-commerce in China, according to analysts cited by Caixin, “is to address a general decline in the number of shoppers who visit supermarket outlets.”

Walmart’s e-commerce business is expected to grow 25% in 2014, down from an original company estimate of 30% growth. But growth at Yihaodian has been much stronger: traffic up by triple digits and net sales up by double digits through the first half of the fiscal year, according to Internet Retailer.

Worldwide online sales rose 21% year-over-year in the third quarter, and Yihaodian’s traffic rose by 40%. The Chinese e-commerce site is the sixth largest in China and accounts for about 10% of all retail sales in China.

But Chinese demand for online shopping is exploding and Walmart’s reaction has been low-key, if not slow. The company’s China sales rose 24.5% in 2013, a sharp increase to be sure, but far below the 67.3% sales increase at JD.com. A report by PricewaterhouseCoopers cited by Caixin claimed that one-seventh of the population shops online every day and 60% every week, compared to the global average of 21% weekly. One-seventh of 1.36 billion people is about 194 million people shopping online every day and more than 800 million online shoppers per week.

Remaining focused on brick-and-mortar retail space in China will not put Walmart in front of most of those 800 million shoppers. The company might want to consider going where the customers are, and in China now that is online.

ALSO READ: 3 Top Financial Stocks Expected to Break Out in 2015