What Tiffany's Results Say About the Luxury Market 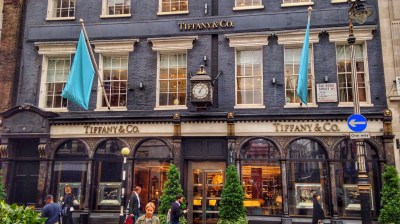 Source: 155335734@N04 / Flickr
Today may not be the best time to talk about luxury retail, but if not now, when? After all, Tiffany & Co. (NYSE: TIF) shares tumbled more than 12% Wednesday after the firm reported a miss on revenue in its third fiscal quarter. The company’s same-store sales guidance for the fourth quarter wasn’t thrilling either.

In its press release, Tiffany noted that profits were negatively affected by “higher strategic spending” that the company says will support “long-term sustainable growth.” Tiffany has added a net six new stores so far this year and now operates 321 stores around the world. The company is also spending on what CEO Alessandro Bogliolo calls Tiffany’s “evolved brand message, product innovation, and in-store initiatives.”

Profits matched estimates, while revenues were light and same-store sales missed badly, up 3% compared to the analysts’ estimate of 6.2%. Earnings per share guidance was below estimates, including “significant” fixed-cost increases related to more spending on technology, marketing communications, visual merchandising, digital and store presentations, and renovation costs at the company’s flagship New York store.

Tiffany may be going at the revenue issues in two, not-necessarily compatible ways. First, it is building more stores (plans call for 10 new stores globally this year), and second, it may be attempting to become more exclusive by spending on innovations to widen its appeal to its traditional high-end customers. Can it do both and succeed?

The luxury retail market faces a choice between sticking with its rich customers or trying to broaden its base by appealing to aspirational shoppers who want the brand but can’t always afford to pay for the brands they want. Thus, the brands introduce lower-priced lines that dilute the brand value for the true luxury shopper who can afford to pay full retail prices.

JLL President of Retail Advisory Services and Capital Markets Naveen Jaggi told Bisnow that luxury brands like Michael Kors and Tory Burch will, in the future, “adjust their business strategy to appeal to aspirational shoppers.”

Michael Kors is closing 125 of its 1,000 stores due to increased competition from discount retailers. L Brands is closing all 23 of its Henri Bendel stores and focusing on its other brands like Victoria’s Secret and Bath & Body Works.

Tiffany may have to choose where it wants to play if (when?) it discovers it can’t play in both sectors. The old luxury retail sector has long been thought to be immune to economic headwinds, even strong ones. The aspirational luxury market, however, does react to changes in the overall economy.