The University of Kansas employs roughly 13,500 people and is the largest employer in the state. At the end of February, KU’s men’s basketball team won its 11th straight Big 12 conference title.

Wal-Mart employed nearly 28,000 Kentucky residents, more than any other employer in the state. The retailer had more than 100 locations across Kentucky as of February.

24/7 Wall St.
The Drunkest City in Each State 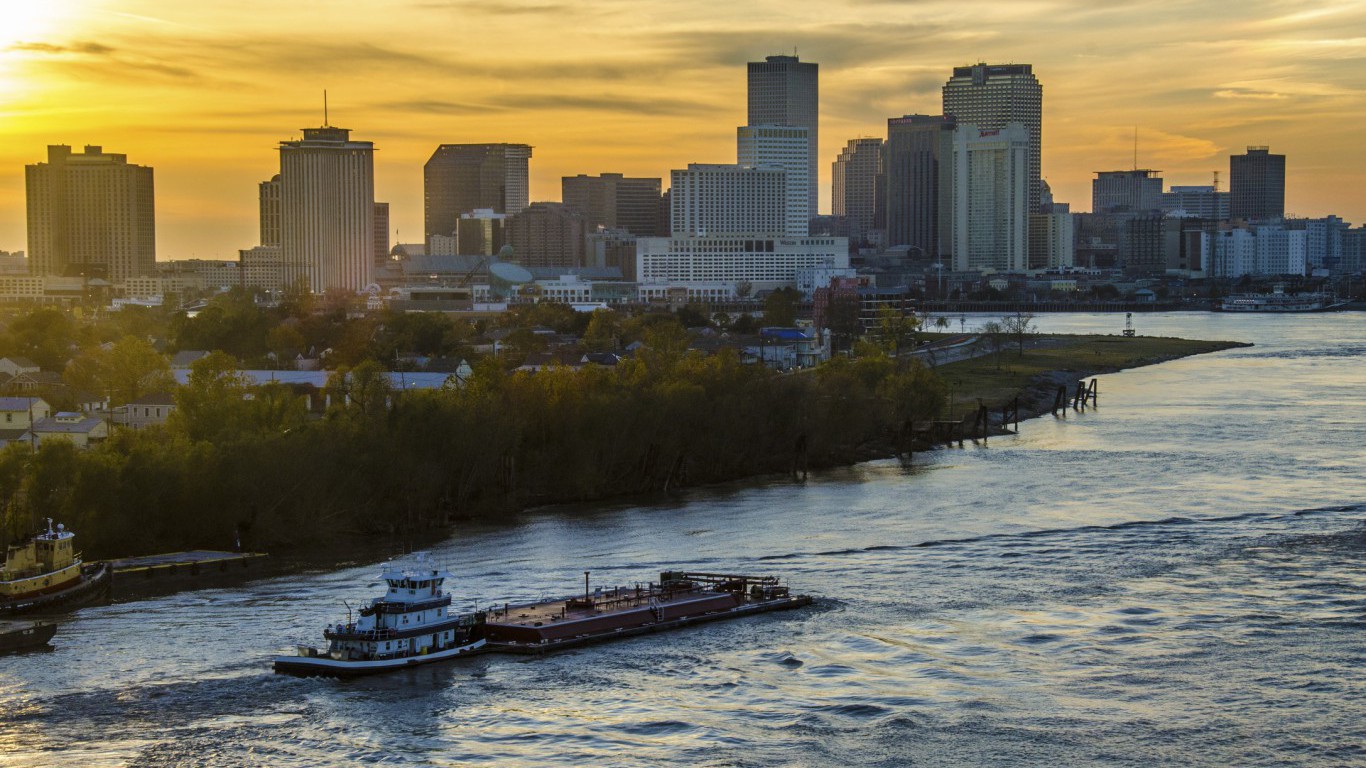 The largest employer in Louisiana is Wal-Mart, which employed 34,633 people at 127 locations across Louisiana as of the end of last year. The nation’s largest retailer announced earlier this year it would invest $1 billion to raise wages for its associates. The investment will likely help raise the current average wage of $12.73 an hour of Louisiana Wal-Mart workers. While the economic effects of the wage increase remain to be seen, Louisiana lawmakers have argued that increasing the minimum wage would have a detrimental impact on business.

Hannaford Bros., a supermarket chain based in the Northeast, is Maine’s largest employer with more than 8,000 workers. Hannaford is owned by the Delhaize Group, one of the largest food retailers in the world.

The University System of Maryland is the largest employer in Maryland with 38,640 employees spread over 11 schools and one research institution. USM is the 12th largest university system in the country. More than 152,000 students were enrolled as of the fall semester.