10 Countries Sheltering the Most Refugees 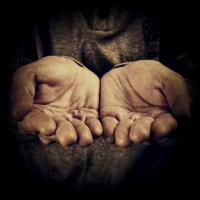 Source: Thinkstock
By the end of 2014, 59.5 million individuals had been displaced worldwide as a result of persecution, violence, conflict, or human rights violations — the most in recent history. More than 14 million people had gained official refugee status as of 2014 and now live in other countries, often as second-class citizens.

Some countries have done more to help refugees than others. The top three host countries — Turkey, Pakistan, and Lebanon — are now home to 30% of refugees worldwide. The top 10 host countries harbor 57% of all refugees. Using data from the United Nations Refugee Agency (UNHCR), these are the countries hosting the most refugees.

The 1951 Refugee Convention defined a refugee as a person with a well-founded fear of persecution in their home country, and who seeks the protection of another government. Since 2011, the number of refugees globally has grown by 40%, the largest increase since the United Nations began tracking these numbers.

The crisis in Syria is largely responsible for increasing refugee populations in the top hosting countries. More than 1.4 million Syrians sought protection in Turkey and Lebanon last year alone. In total, 3.9 million people had fled Syria by the end of 2014 as the result of civil war and violence perpetrated by the Islamic State group.

Click here to see the 10 states sheltering the most refugees.

Sub-Saharan Africa is another major source of refugees. A civil war in South Sudan, violence in the Democratic Republic of the Congo, and clashes between religious militant groups in the Central African Republic have prompted 3.7 million people to file for refugee status as of 2014. Chad, Ethiopia, Kenya, and Uganda are the primary destination countries for African refugees, hosting more than 2 million by the end of last year.

The responsibility for hosting refugees often falls to more stable neighbors of the countries mired in conflict. Turkey, for example, currently shelters 1.6 million refugees — most of them from Syria and Iraq, which share Turkey’s southern border. Nearly all refugees living in Pakistan, which has accepted the most refugees in the world for 22 of the last 36 years, are from its neighbor Afghanistan. Years of brutal rule by the Taliban and other regional factions have led to the most protracted refugee situation in modern history, with millions of Afghans moving across the border to the south and west.

While proximity plays a major role in determining where refugees go, oftentimes countries with large refugee populations are the least equipped to handle them. In fact, developing countries hosted 86% of the world’s refugees last year. Lebanon, a developing country, and home to the third largest refugee population in the world, hosted more than 232 refugees per 1,000 Lebanese citizens last year, by far the highest rate worldwide.

Ultimately, the goal of the UNHCR is to create “durable solutions” for refugees to either return to their home country or build a stable life in another. The number of people able to return home, however, is quite small. Just 126,800 refugees were able to go home in 2014, less than 1% of refugees worldwide. This was the lowest annual figure in three decades.

Even as countries open their borders to accept refugees, achieving durable solutions may seem impossible. In Lebanon, the government put in place a complicated application process for refugees, attempting to limit their number. Already, refugees are not permitted to work in the country. In Pakistan last year, the government did not renew 136,000 Proof of Registration cards. Because of government actions such as these, refugees often live undocumented in the host country.

Just 267,000 refugees lived in the United States as of last year, or less than one refugee per 1,000 Americans. While it is true the United States’ relative isolation from the Middle East and Africa makes the trek for refugees more difficult, some think the U.S. and other developed countries should do more. Critics claim that if developed nations increase border restrictions or close their borders altogether, then the world’s most vulnerable people — those with no home and no place to go — will likely resort to even more dangerous options to escape persecution.

To determine the countries hosting the most refugees, 24/7 Wall St. reviewed a recent report from the United Nations High Commissioner for Refugees (UNHCR), “Global Trends: Forced Displacement in 2014.” Included in the report is data on the number of refugees in each country as well as the number of refugees by country of origin and destination country. Population figures are from the International Monetary Fund (IMF).

These are the countries hosting the most refugees.