9 States Drinking the Most Beer

Adults in South Dakota drink about as much beer as their neighbors to the north, an average of 38.6 gallons a year. Beer consumption per capita in both states ties for third highest. Consumption in South Dakota increased by nearly a gallon since 2011, when state adults drank 37.8 gallons on average. In North Dakota, meanwhile, consumption fell by about 3.5 gallons over the same period.

Primarily rural states tend to have much higher beer consumption per capita, and in South Dakota, about 43% of the population lives in rural areas, more than double the nationwide share. 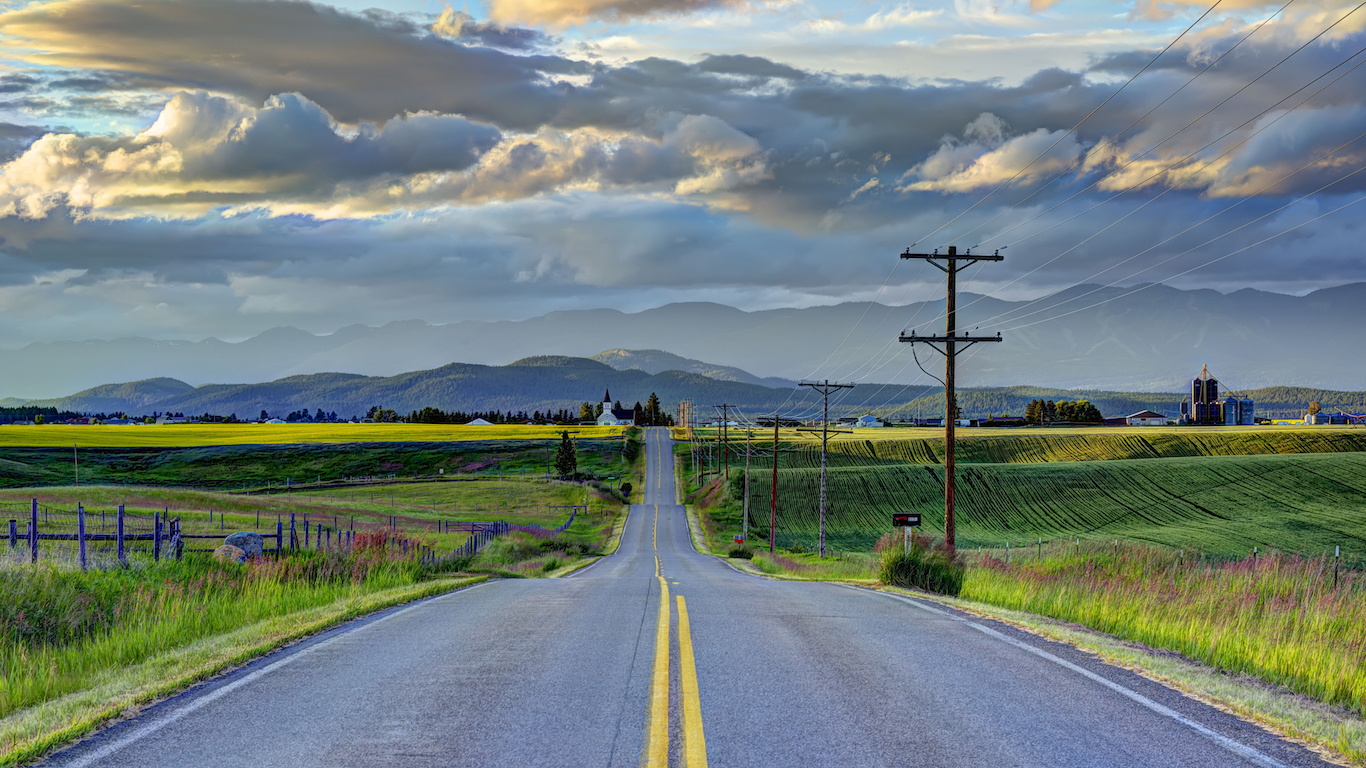 While many factors may lead residents of certain states to drink more than residents of other states, the relative affordability of beer likely is a significant factor. Excise taxes on beer in each of the states where beer consumption is highest are well below the 35 cent average across all states. In Montana, taxes amount to just 14 cents per gallon of beer.

As is the case with many of the states on this list, Montana’s love affair with beer may have some fatal consequences. Alcohol was involved in over 46% of all driving deaths in the state, the second highest rate of any state and well above the 30% share nationwide.

Beer consumption measures the amount of beer sold to wholesalers in the state, meaning that consumption figures include beer bought by residents who are out of state. New Hampshire, which has no sales tax, is a popular destination for purchasing alcohol, including beer. Therefore, the state’s No. 1 rank on this list may be propped up by outsiders. This is supported by the fact that just 18.4% of state adults report drinking to excess, which is just slightly above the national rate, and well below the excessive drinking rates in most states on this list. Excessive drinking rates of other states on this list are closer to 25%.