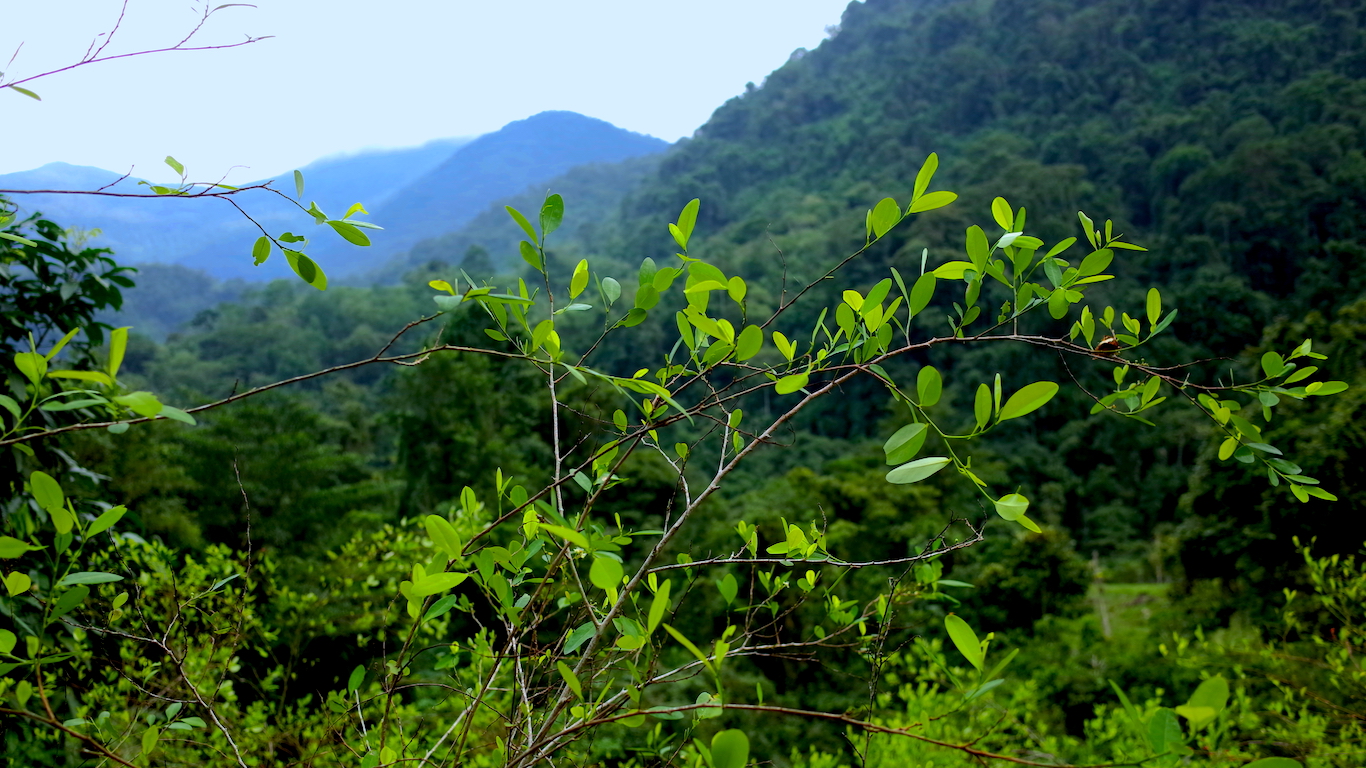 The Nukak are one of at least 34 indigenous peoples in Colombia on the brink of extinction, according to the United Nations High Commissioner for Refugees. Caught in the middle of Colombia’s longstanding civil war, the Nukak and their ancestral land have been overrun by the fighting factions over the growth of coca, the plant used in the production of cocaine. As a result of encroachment from war and coca growth, many Nukak have been forced to flee their homes. In 1988, a group of Nukak stumbled into a nearby town and made first contact with the outside world. Unfortunately, over 50% of the Nukak subsequently died from flu and malaria, according to Survival International estimates. While the Nukak Reserve was expanded in 1997, the land is still overrun by war and coca harvesters. In fact, a 2016 United Nations report showed coca production in Nukak lands increased since 2013. 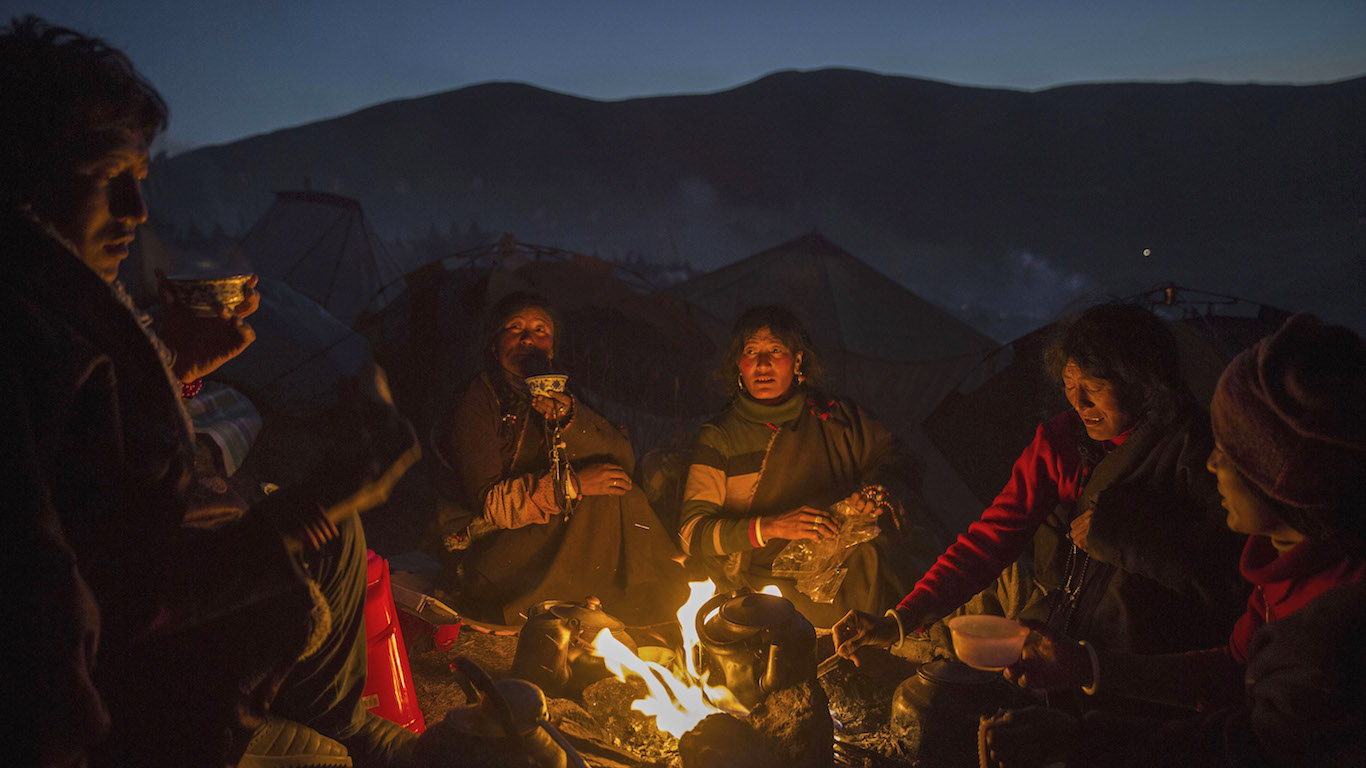 The People’s Republic of China proclaimed in 2008 that there were no indigenous people in China, instead designating the various native groups across the country as national minorities. Of the numerous national minorities, the original inhabitants of Tibet have perhaps been persecuted the most. For Tibetans, China’s Cultural Revolution in 1966 was a genocide. Of the hundreds of thousands of practicing Tibetan buddhist monks and nuns, nearly all were killed, jailed, or forced to go into hiding by the late 1970s. Most of the roughly 6,000 monasteries in the region had been destroyed, often at the hand of buddhists themselves, held at gunpoint by Chinese soldiers.

In general, Buddhists in Tibet and China continue to be persecuted, as festivals and public gatherings remain restricted, and religious settlements removed. The government evicted last year 5,000 monks and nuns from the Larung Gar Buddhist Academy in China’s Sichuan province and demolished half of the compound. 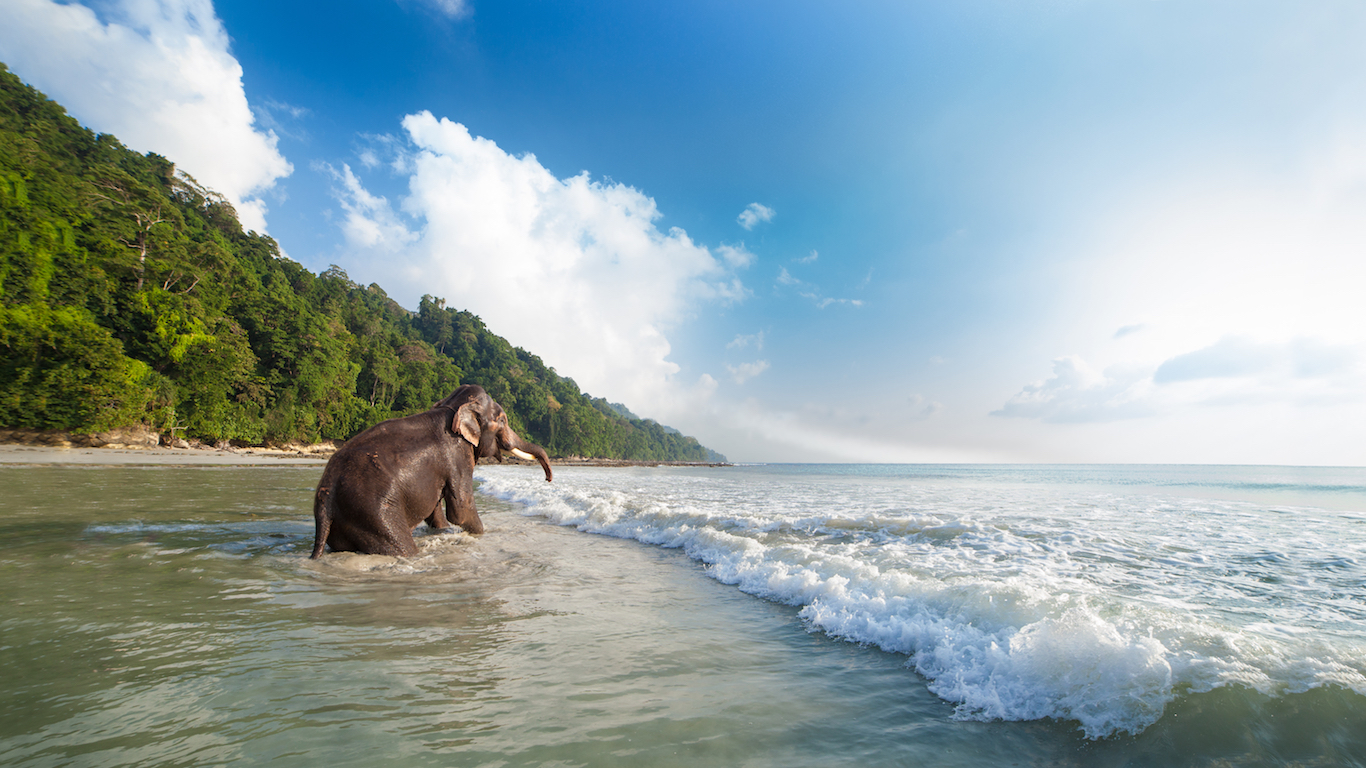 Although they are also victims of poaching and disease, what really threatens the Jarawa tribe is not the loss of land but the exploitation of their culture. In the Andaman Island of India, tourists can go on “human safaris” through the Jarawa reservation, where the tribe people are photographed, taunted, and even made to dance for food. India’s Supreme Court ordered the highway that goes through the reservation to be shut down in 2002, but local administrators ignored the verdict.

Although receiving some support from the Indian government, influential government ministers have still called for the Jarawa to be assimilated. 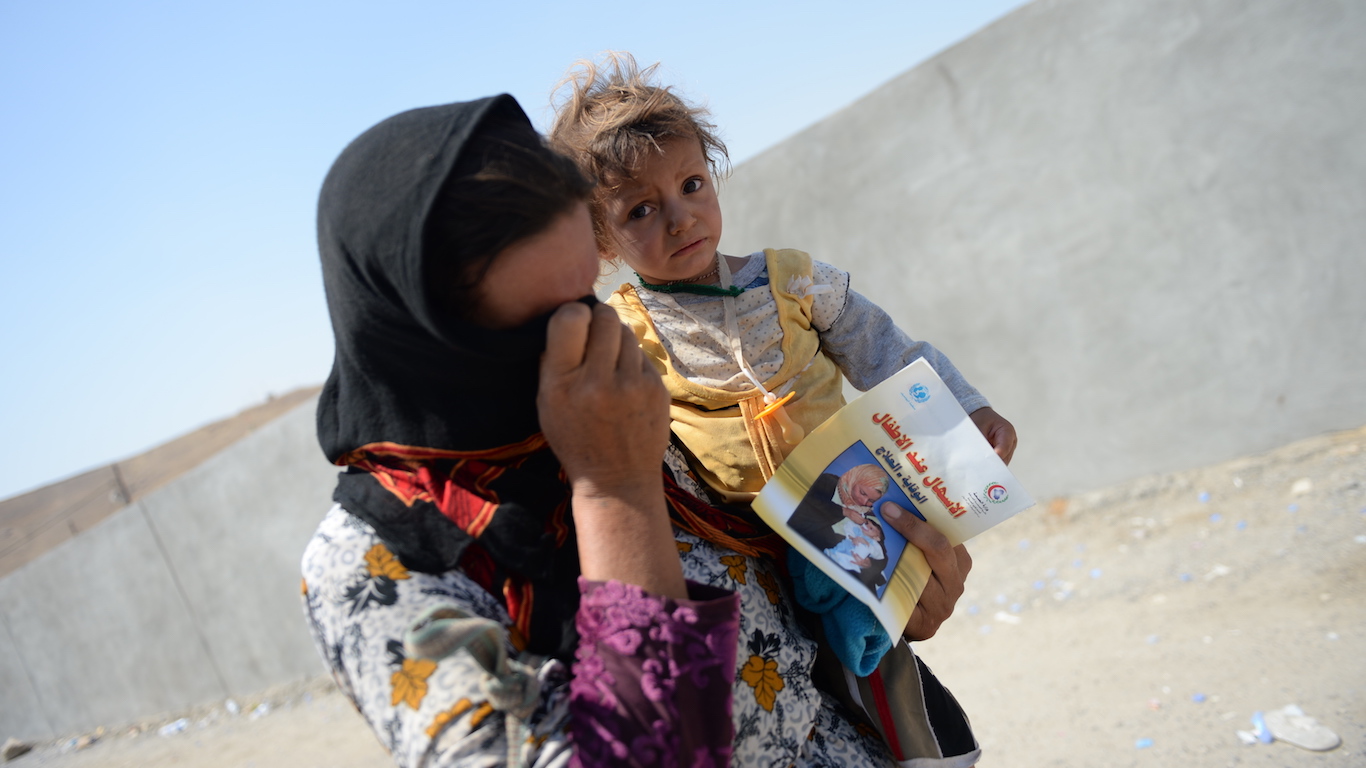 The Yazidi have resided primarily in the northwestern mountains of Iraq for hundreds of years, and over those centuries they have been persecuted often for their religious beliefs. The threat against the Yazidi has escalated to enslavement and genocide since 2014, when the Islamic State militant group, also known as ISIL or ISIS, moved into the region. The data on population loss within oppressed groups is limited at best, but that more than 5,000 of Yazidi were killed in August of 2014 is a known fact. It is estimated that thousands of Yazidi remain in captivity. While the Iraqi military took back control of the region this summer, hundreds of thousands of Yazidi continue to flee north into Kurdish territory.

As is generally the case, the deliberate destruction of Northern Iraq’s Yazidi is tied to conflicts over natural resources. A significant portion of Iraq’s oil comes from Kirkuk in the north, the country’s oldest oil field. The oil field is reported to be producing at half capacity due to ongoing instability in the region and conflict between governments and militant groups. 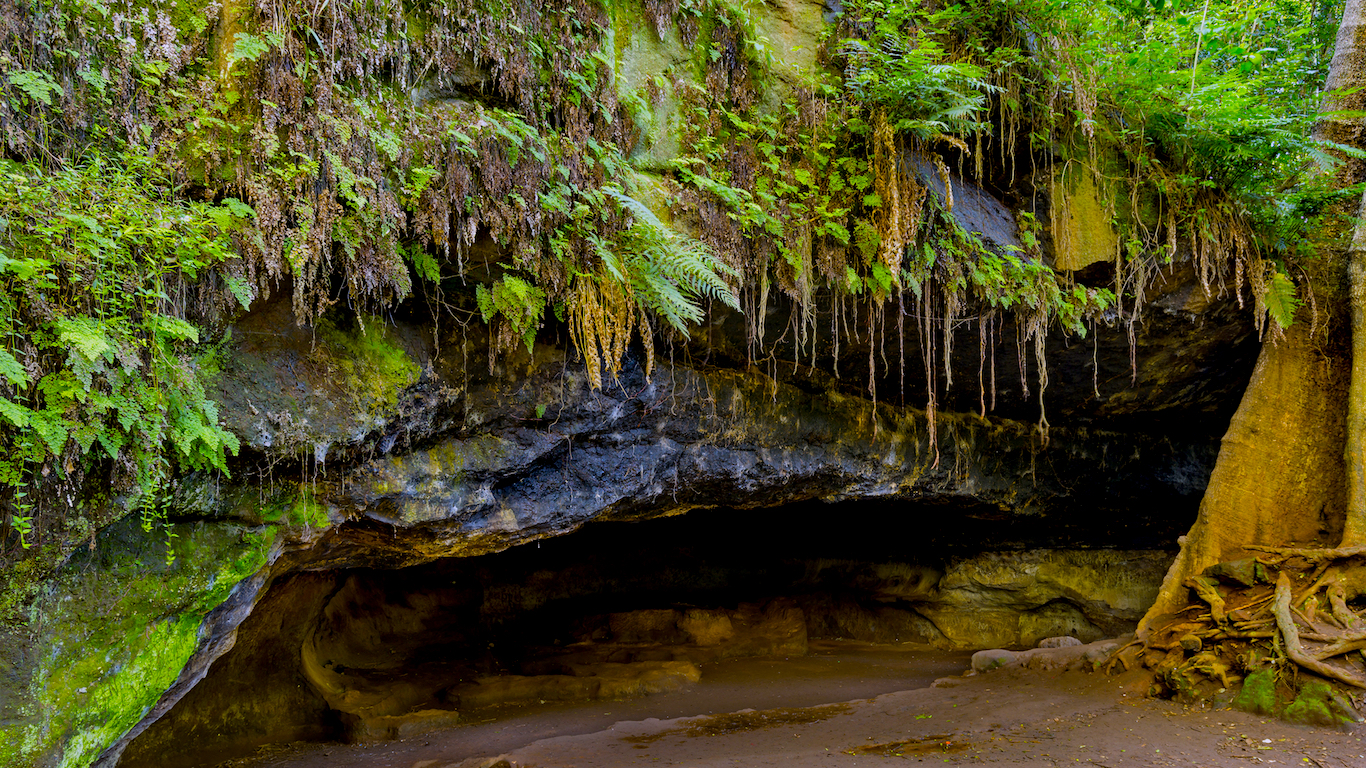 After a nearly 10-year legal battle, the Ogiek won a landmark verdict — Kenya’s indigenous minority were awarded their right to Mau Forest, their ancestral home from which they had been forcibly evicted. It all started in the early 20th century, during Kenya’s colonial period, when governmental powers tried to evict the Ogiek on the grounds that they were degrading the forest.

As it turned out, removing the Ogiek left the forest to be exploited by logging and tea plantations. The African Court on Human and People’s Rights ruled that the Kenyan government had violated several human rights laws in its treatment of the Ogiek. But the tribe has not won everything it wanted, as mass deforestation over the years resulted in a significant loss of the Ogiek’s ancestral home.