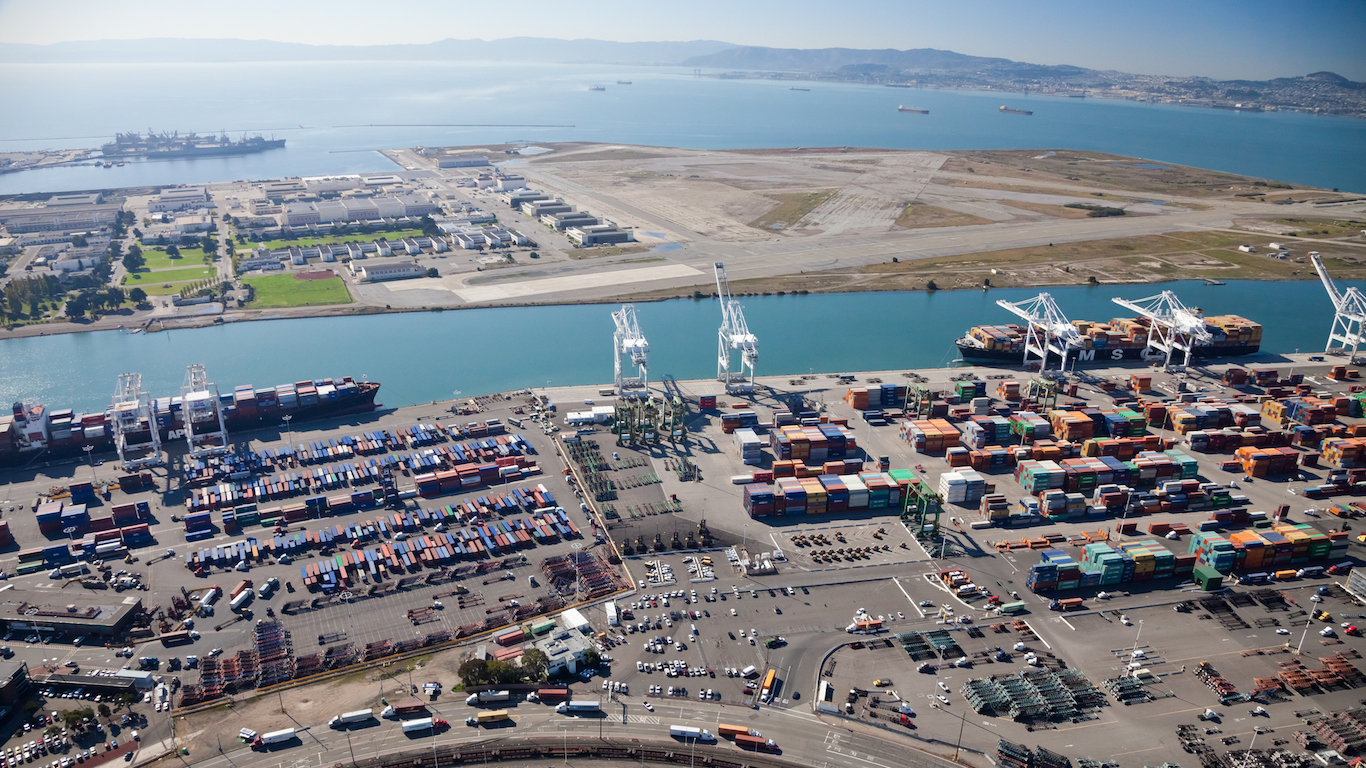 Located in the San Francisco Bay Area, Oakland is the most dangerous city in California in terms of overall violent crime and among the most dangerous metros in the country. There were 1,426 violent crimes — murder, rape, robbery, and aggravated assault — reported per 100,000 residents in Oakland in 2016, the 10th most of any city. The high violent crime rate was largely driven by the high robbery and murder rates in the city. There were 20 murders per 100,000 residents in Oakland in 2016, far more than the U.S. homicide rate of 5 incidents per 100,000. 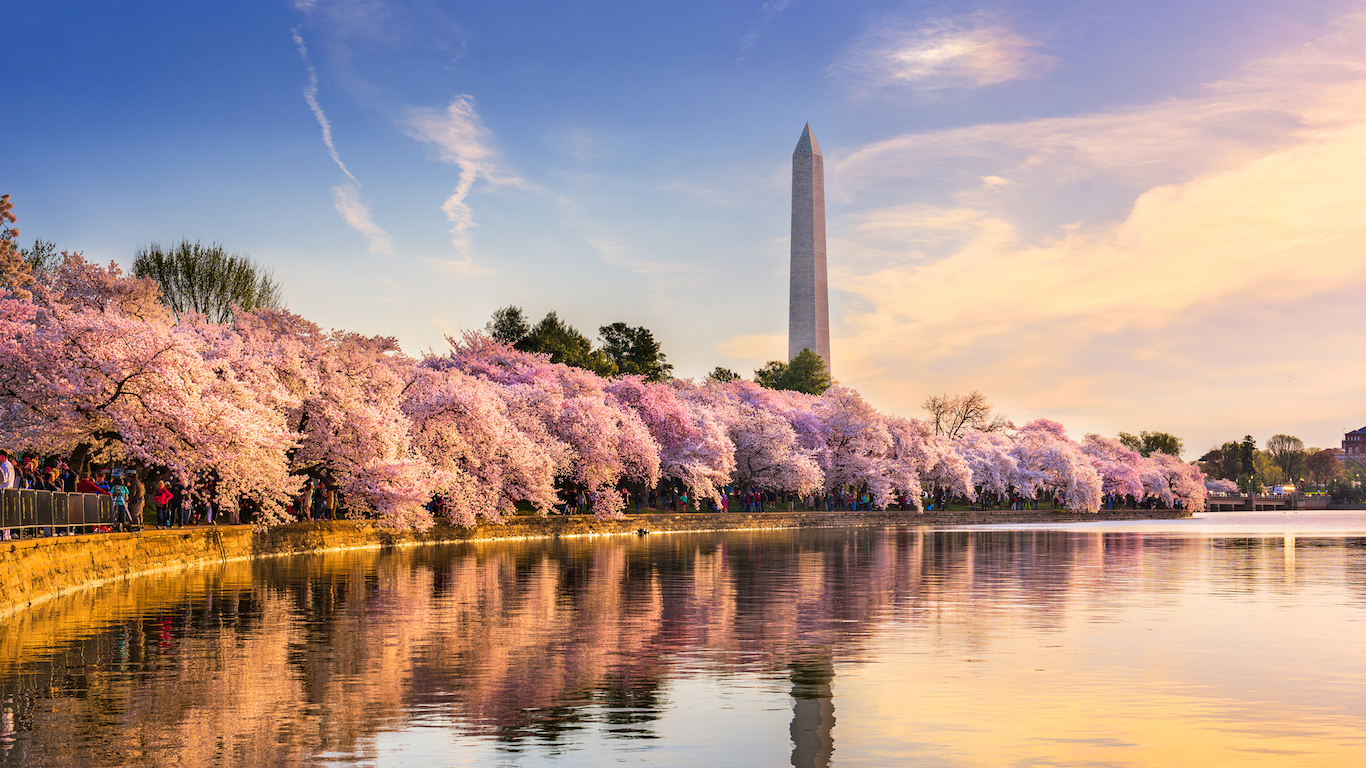 Washington, D.C. has some of the highest income inequality of any city. While 10.2% of households in the city earn less than $10,000 a year, 13.5% of households earn more than $200,000 — each some of the larger shares of any metro. Crime is often a symptom of poverty, and much of the violent crime in the nation’s capital is concentrated in the city’s poorest neighborhoods east of the Anacostia River. Across the city, there were 1,132 violent crimes per 100,000 D.C. residents in 2016, nearly three times the national rate. In total, there were 3,897 aggravated assaults, 3,149 robberies, 527 rapes, and 138 murders.

Adjusted for population, D.C. has more murders than nearly any other city. There were 20 homicides per 100,000 residents in 2016, four times the national rate. 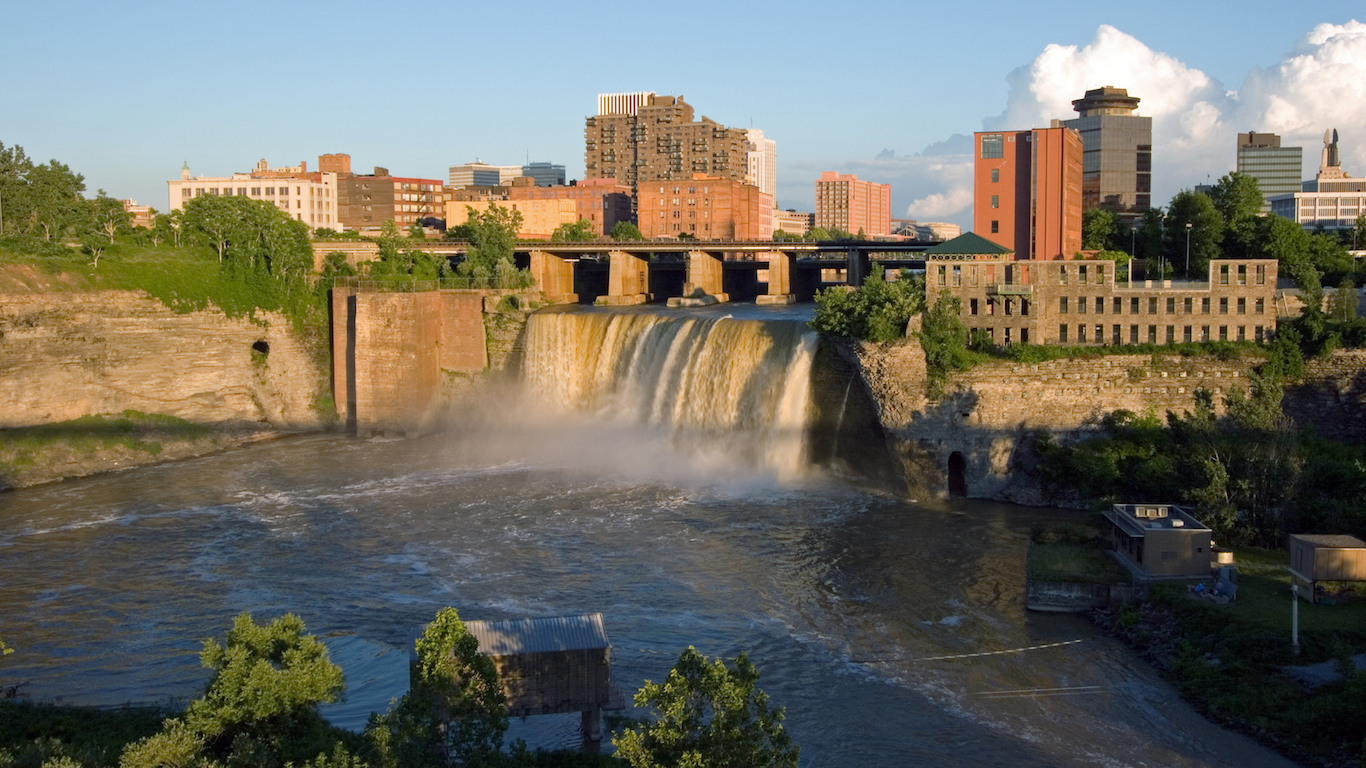 Rochester is one of the cities hit hardest by the manufacturing industry nationwide decline. While major employers such as Kodak, Xerox, and Bausch and Lomb, according to historian Dan Cody, once employed as many as 1 in 3 workers in Rochester in the 1980s, declining manufacturing revenues have since forced companies to downsize and lay off workers. This, in turn, has pushed many local residents into poverty. Today, some 33.5% of Rochester’s population lives in poverty, the 10th largest share of any city.

Crime has also become a major problem in Rochester, and the city has one of the highest homicide rates in the country. There were roughly 21 murders per 100,000 Rochester residents in 2016, far more than the national rate of 5 homicides per 100,000 Americans. 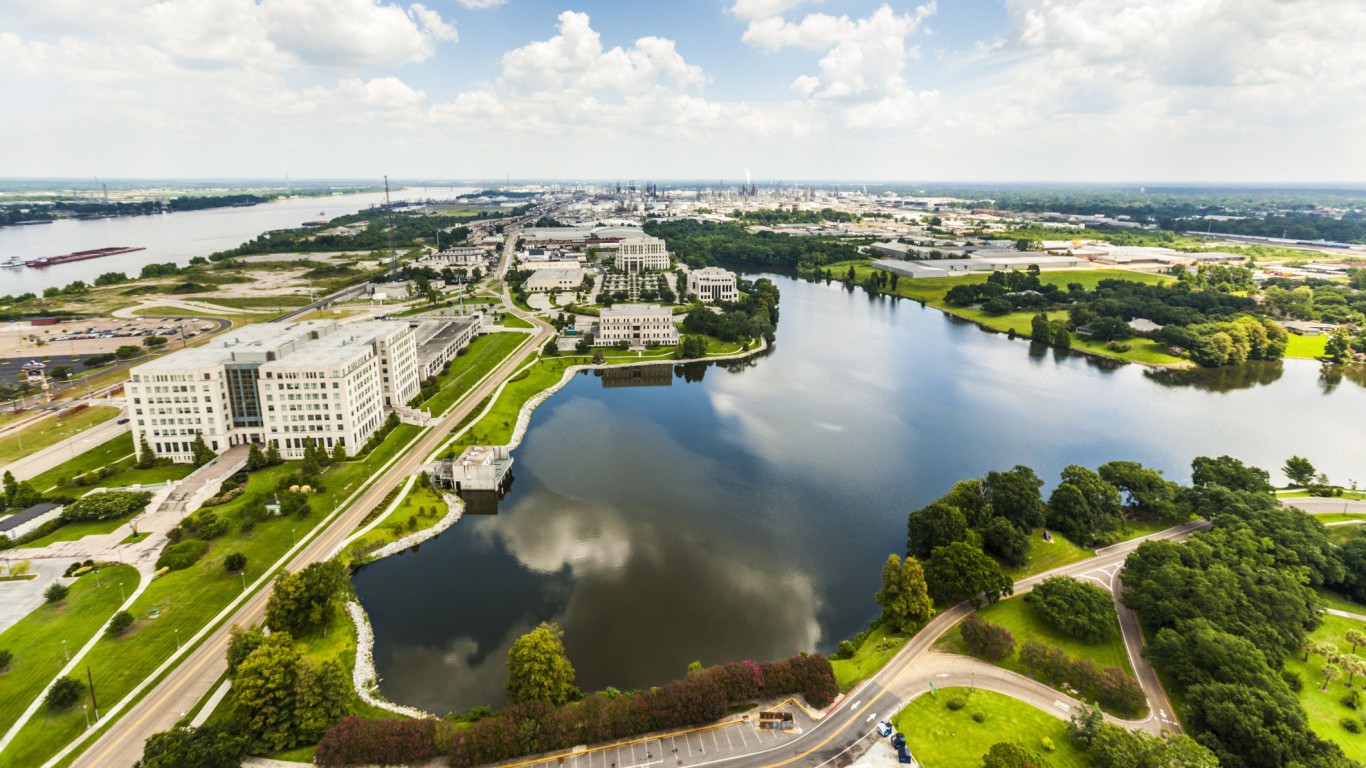 There were 47 murders reported in Baton Rouge in 2016, a 22% decline from the year prior when 60 murders were reported in the city. Despite the decline, the murder rate remained one of the higher of U.S. metro areas. While the number of homicides fell, the number of total violent crimes — which also includes rape, robbery, and aggravated assault — increased 7%. There were approximately 140 more violent crimes in Baton Rouge in 2016 than in 2015, and the violent crime rate increased from 875 incidents per 100,000 residents to 938 per 100,000.

Baton Rouge is one of 12 cities slated to receive aid from the U.S. Justice Department in an effort to combat rising violent crime. The department will help Baton Rouge authorities study crime patterns and develop long-term plans to reduce gang and gun violence. As part of a separate initiative announced in October 2017, federal authorities plan to create a Violent Criminal Enterprises Strike Force in the city that will focus on deterring group violence, drug trafficking, and domestic violence. 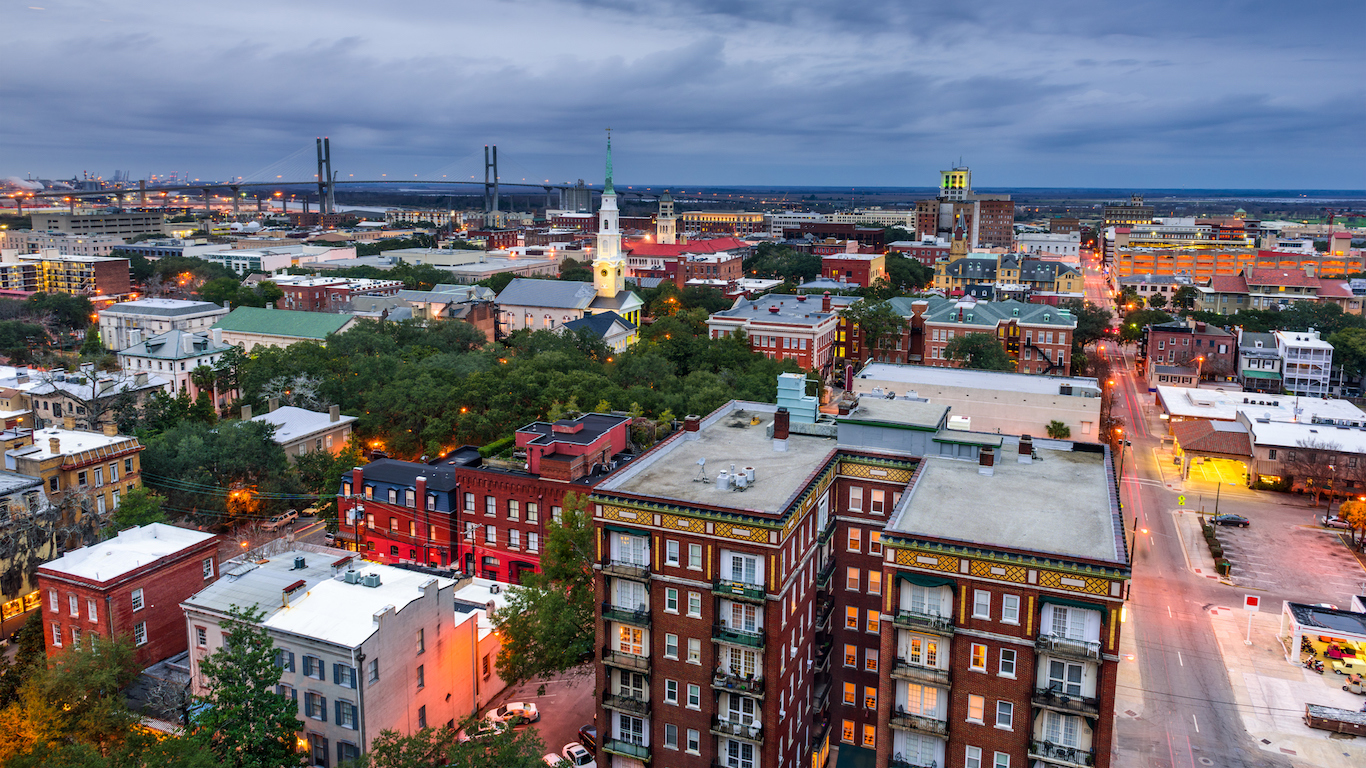 Crime is often more prevalent in areas struggling with poverty and unemployment. In Savannah, 26.5% of residents live in poverty and 13.7% of households earn less than $10,000, each some of the largest shares of any city. Additionally, in 2016 some 5.8% of the workforce was unemployed, far higher than the annual average national unemployment rate of 4.9% .