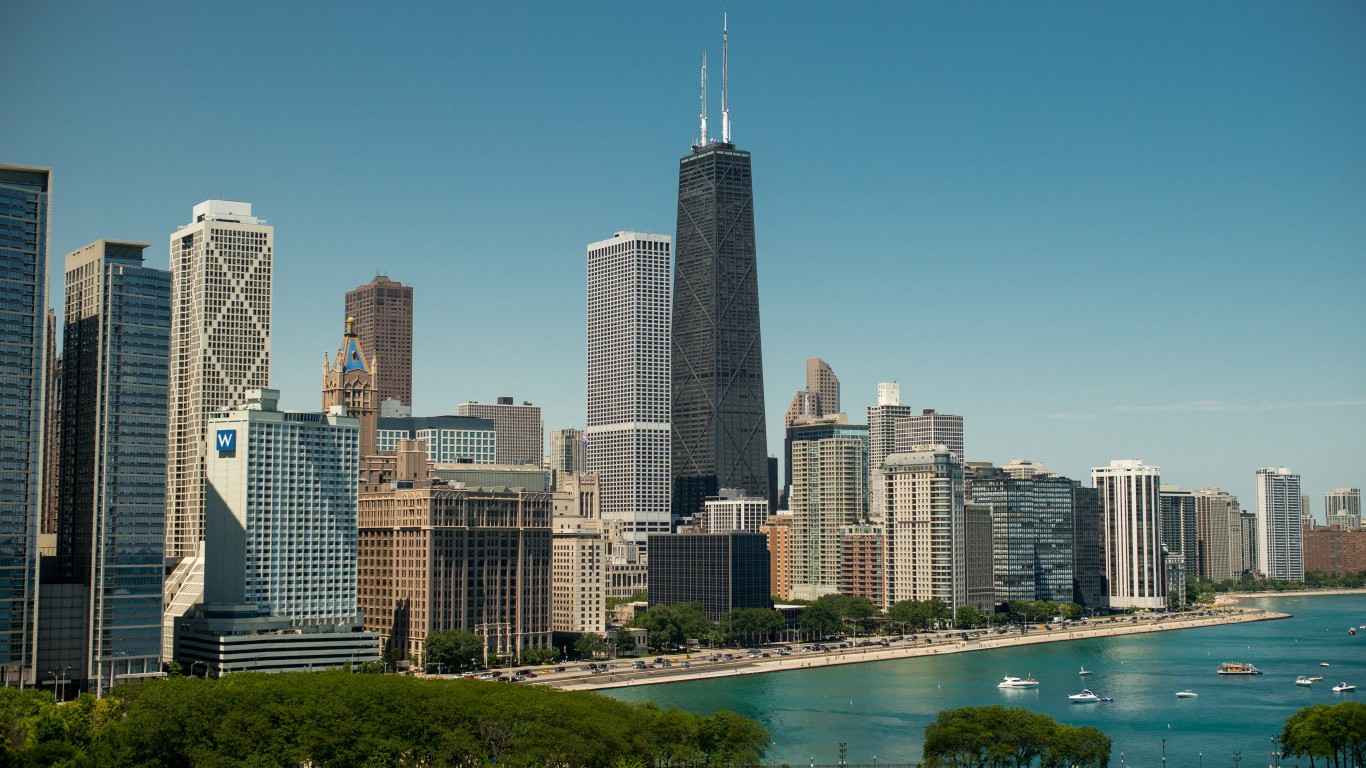 In Illinois, 21.2% of adults drink to excess, exceeding the national average of 18.0%. Binge drinking and heavy drinking can lead to various chronic health issues such as heart and liver disease. Still, Illinois adults manage to be in relatively good health, with below average obesity, smoking, and premature death rates. 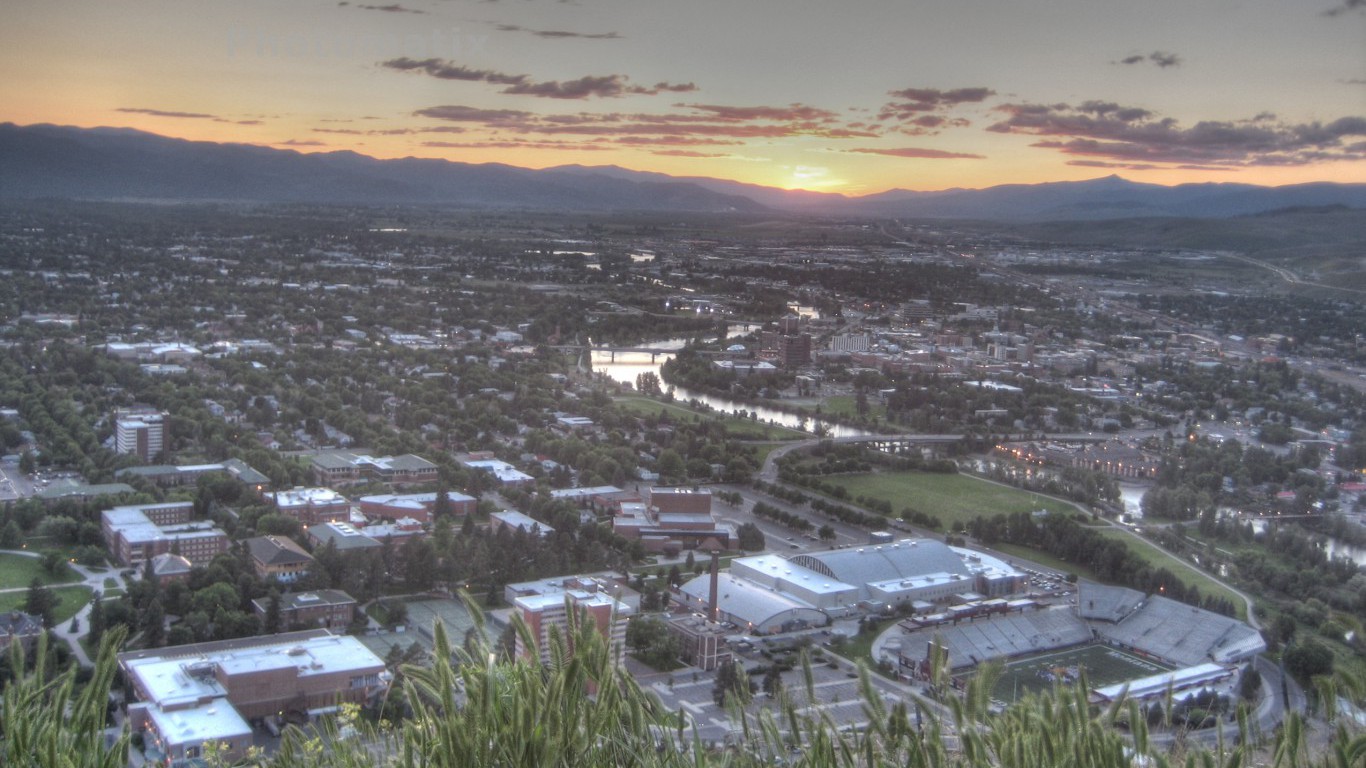 States with higher excessive drinking rates are more prone to driving deaths that involve alcohol. With 21.8% of adults in Montana binge drinking or drinking heavily, the fourth highest share of any state, alcohol is a very common factor in roadway fatalities. Of all roadway fatalities in the state, 46.3% are attributable to alcohol consumption, the second highest share among all states. 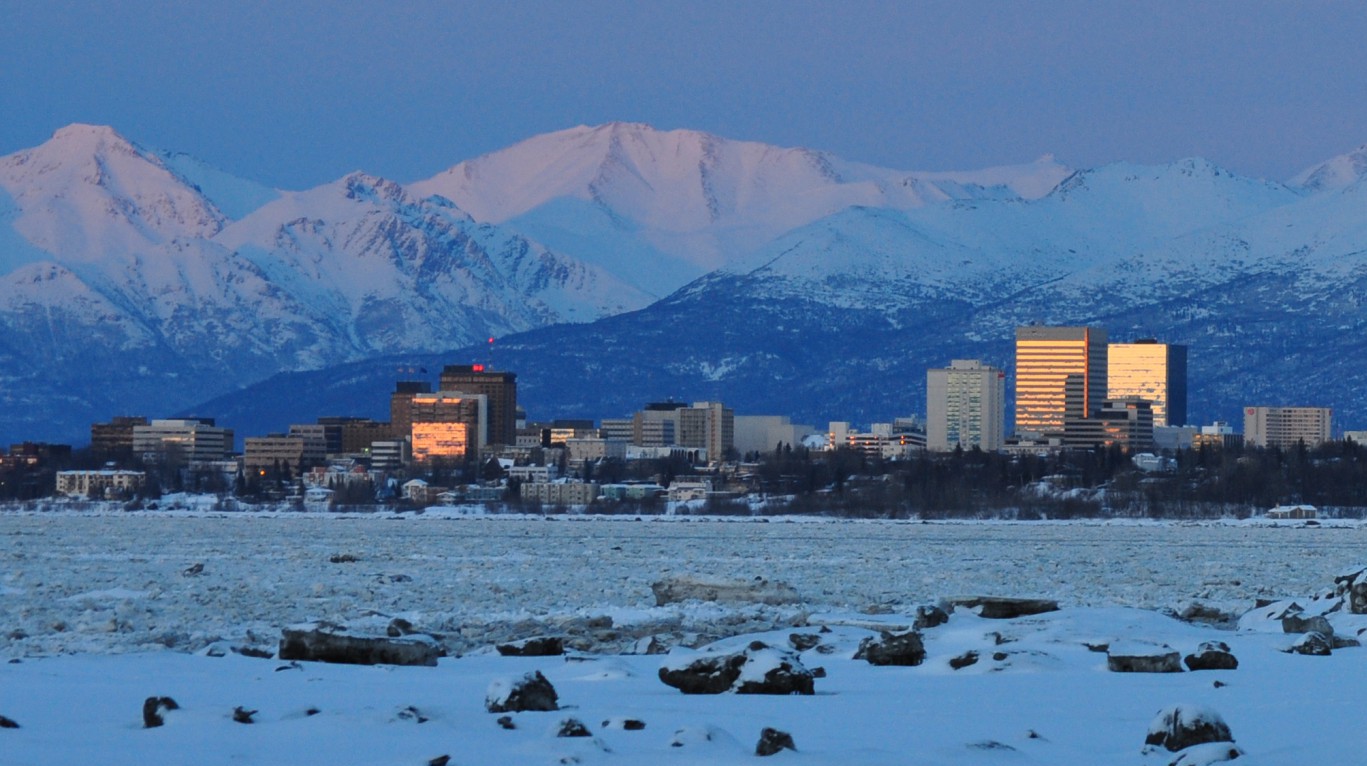 Some 22.1% of adults in Alaska report drinking excessively, the third highest share of all states and well above the comparable national share of 18.0%. States with higher excessive drinking rates tend to be wealthier, partially because alcohol can be expensive to buy regularly. In Alaska, the median household income of $76,440 a year is the second largest of any state, greatly exceeds the national income of $57,617. 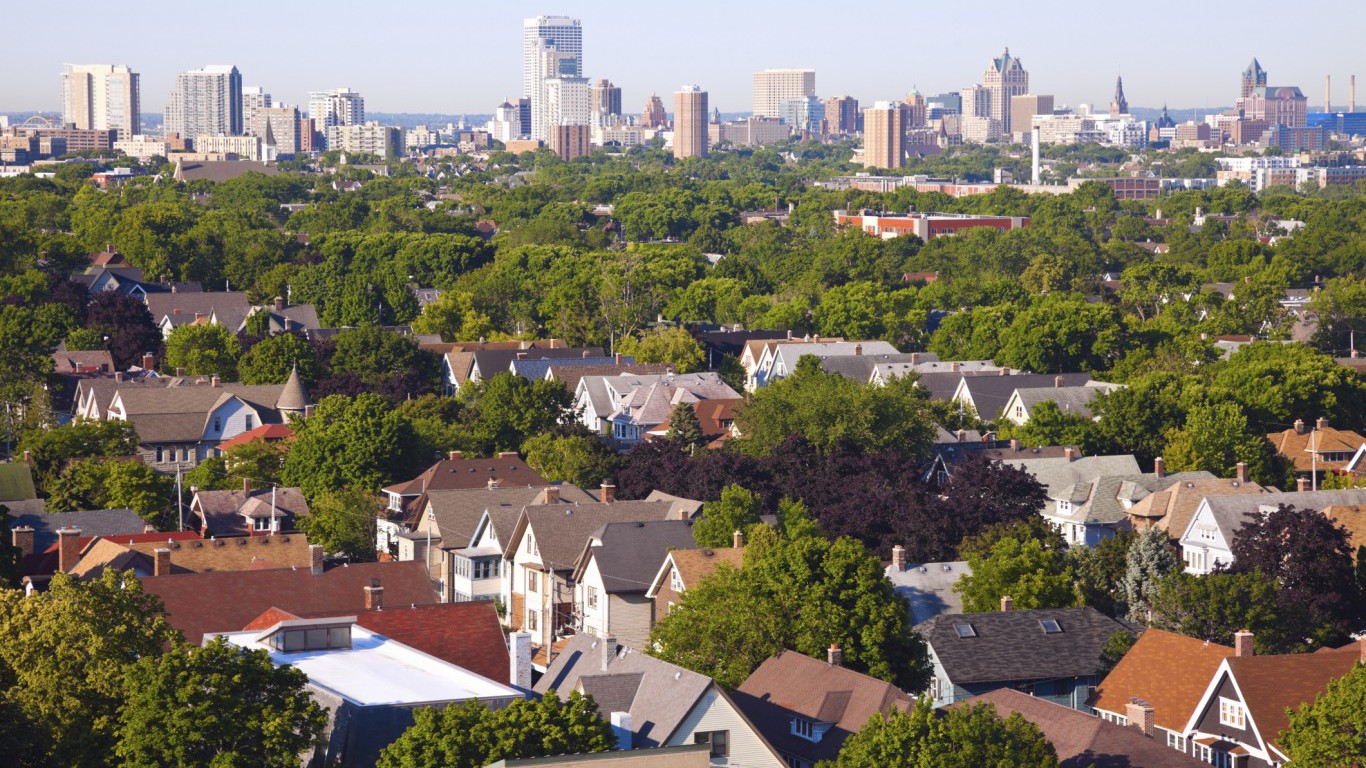 Some 24.5% of adults in Wisconsin report binge or heavy drinking — the second largest share of any state and well above the comparable national share of 18.0%. Drinking alcohol regularly over long periods of time can lead to many serious ailments later in life such as liver cancer and even dementia. Despite high rates of excessive drinking, Wisconsin has a relatively low premature death rate. For every 100,000 residents, about 300 will die before the age of 75, less deaths than in most other states. 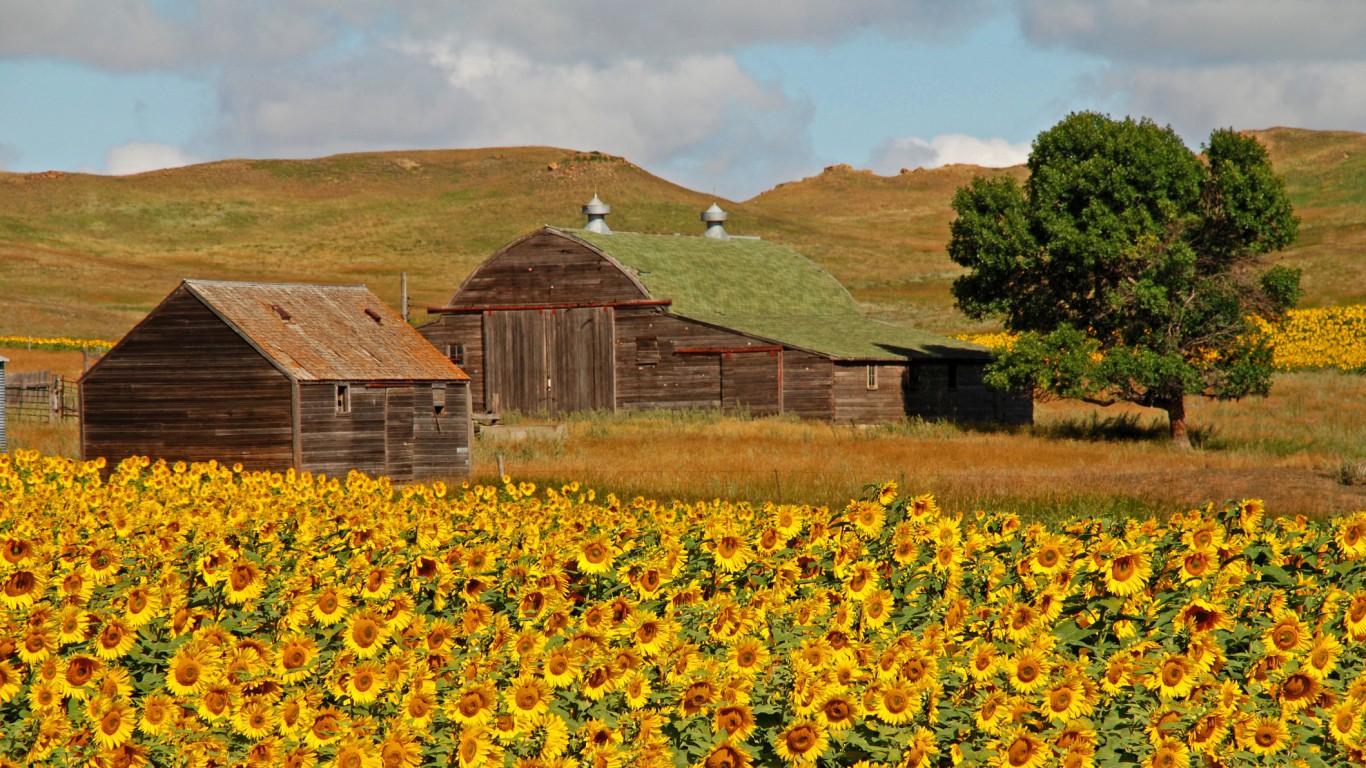 Drinking excessively on a regular basis is not healthy. Still, 13.4% of adults report they are in fair or poor health, despite the state’s above average obesity and smoking rates.