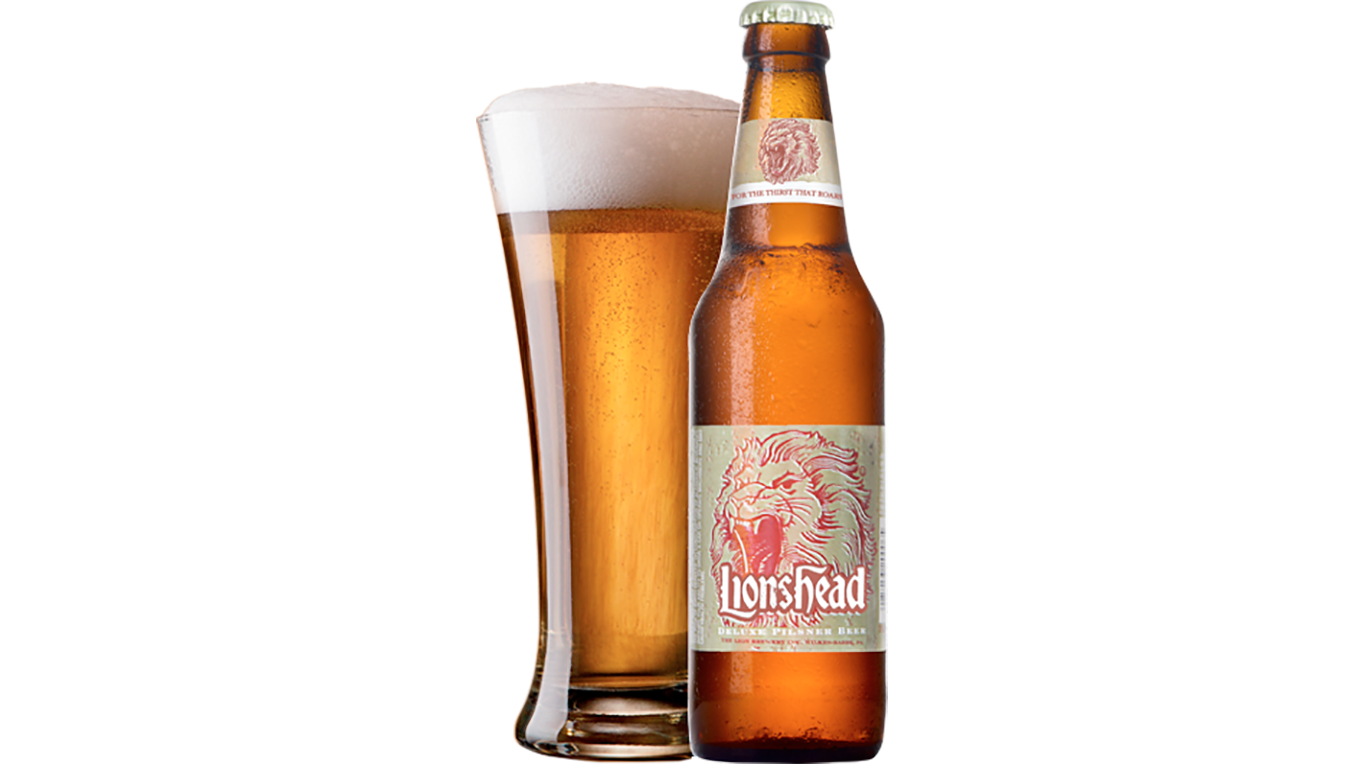 Started in 1905 as the Luzerne County Brewing Company, the name was changed to Lion Brewery just four years after its inception. Today, it is the second largest brewery in Pennsylvania and the 15th largest American-owned brewery in the country. The brewery reports selling more than 750,000 cases of the pilsner every year. The beer can be purchased in 10 states in addition to the brewery’s home state of Pennsylvania. 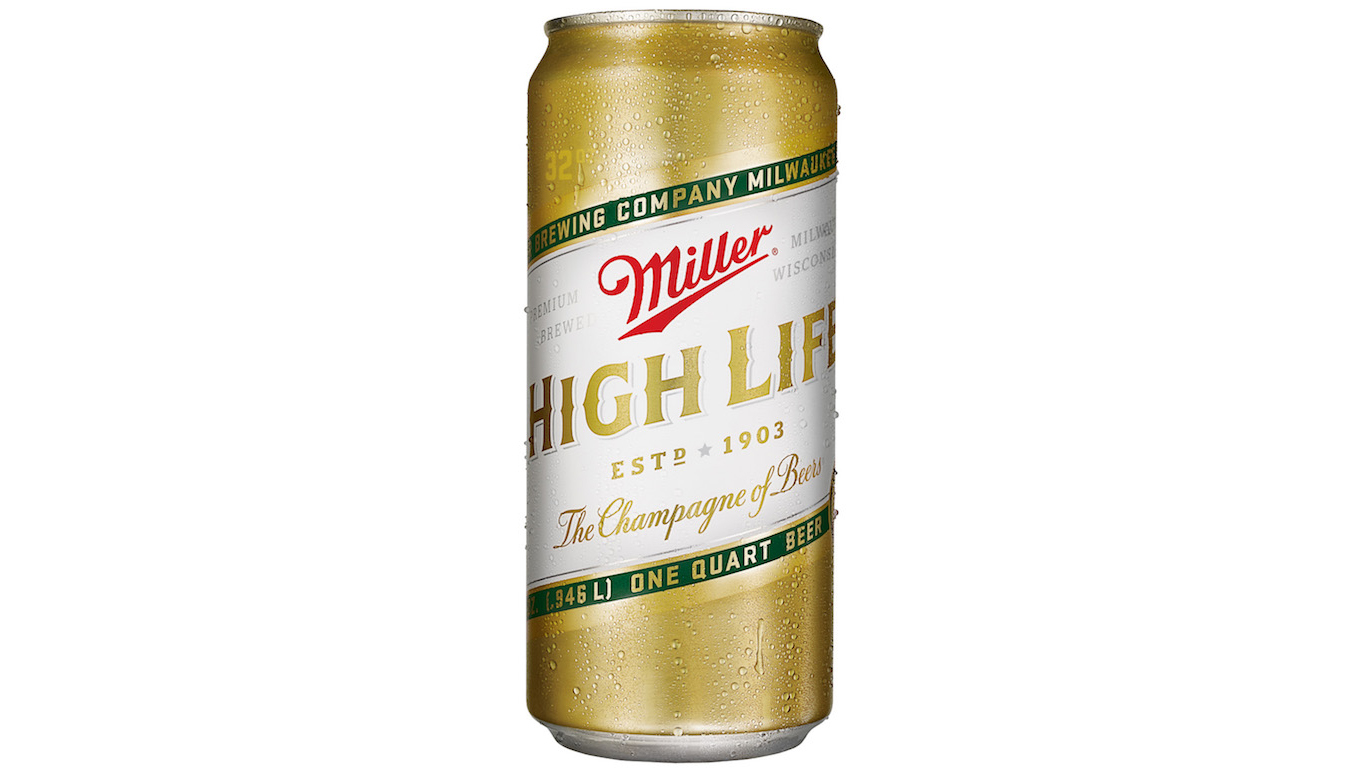 Miller High Life may be pegged as the champagne of beers for its light color and fizzy taste, but for years the relatively inexpensive brew has attracted people from all different socioeconomic backgrounds.The bottled-beer was not always cheap, though. Upon its inception in 1903 by Frederick Miller of Milwaukee, Wisconsin, the pilsner was considered more of a luxury than an ordinary brew. Though High Life currently ranks among the most popular beers in the country, it appears to be losing favor among beer drinkers. Shipments dropped from 4.6 million barrels in 2011 to 3.5 million in 2016. 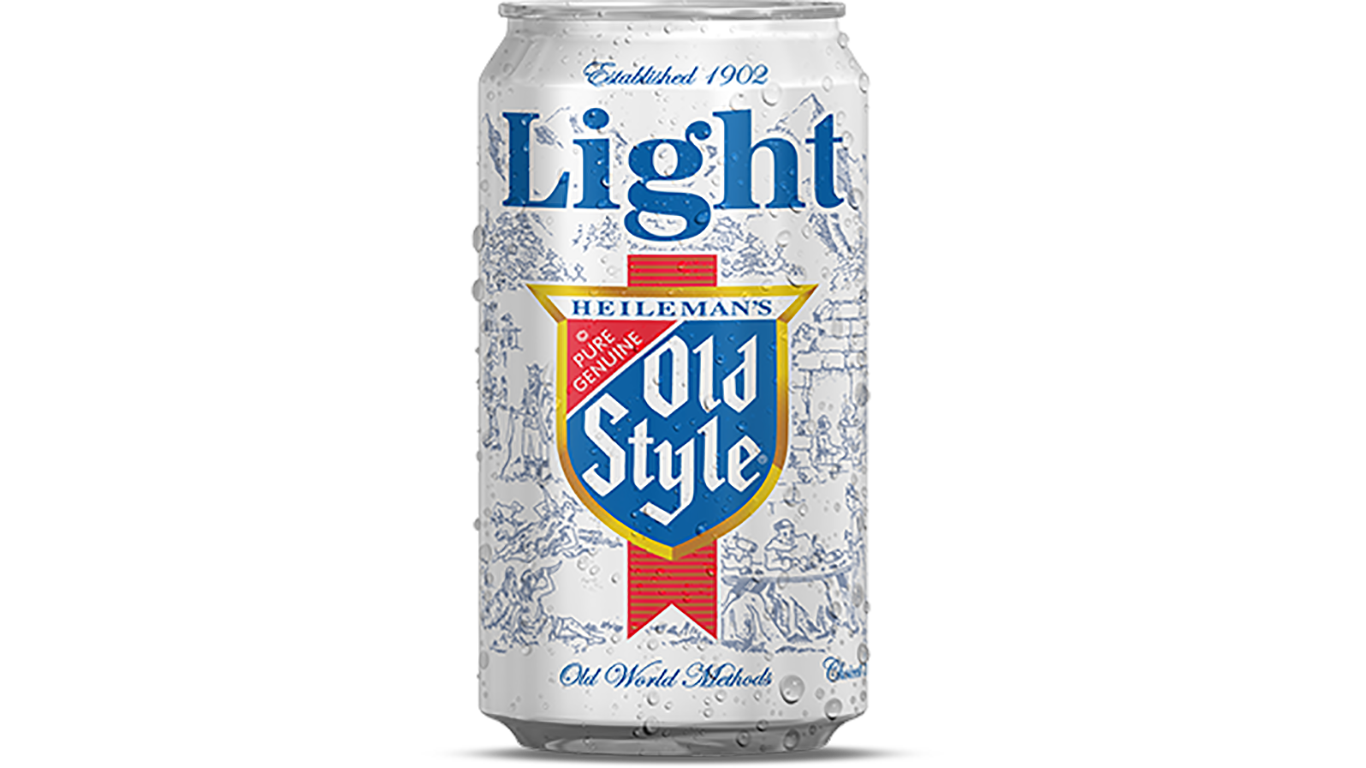 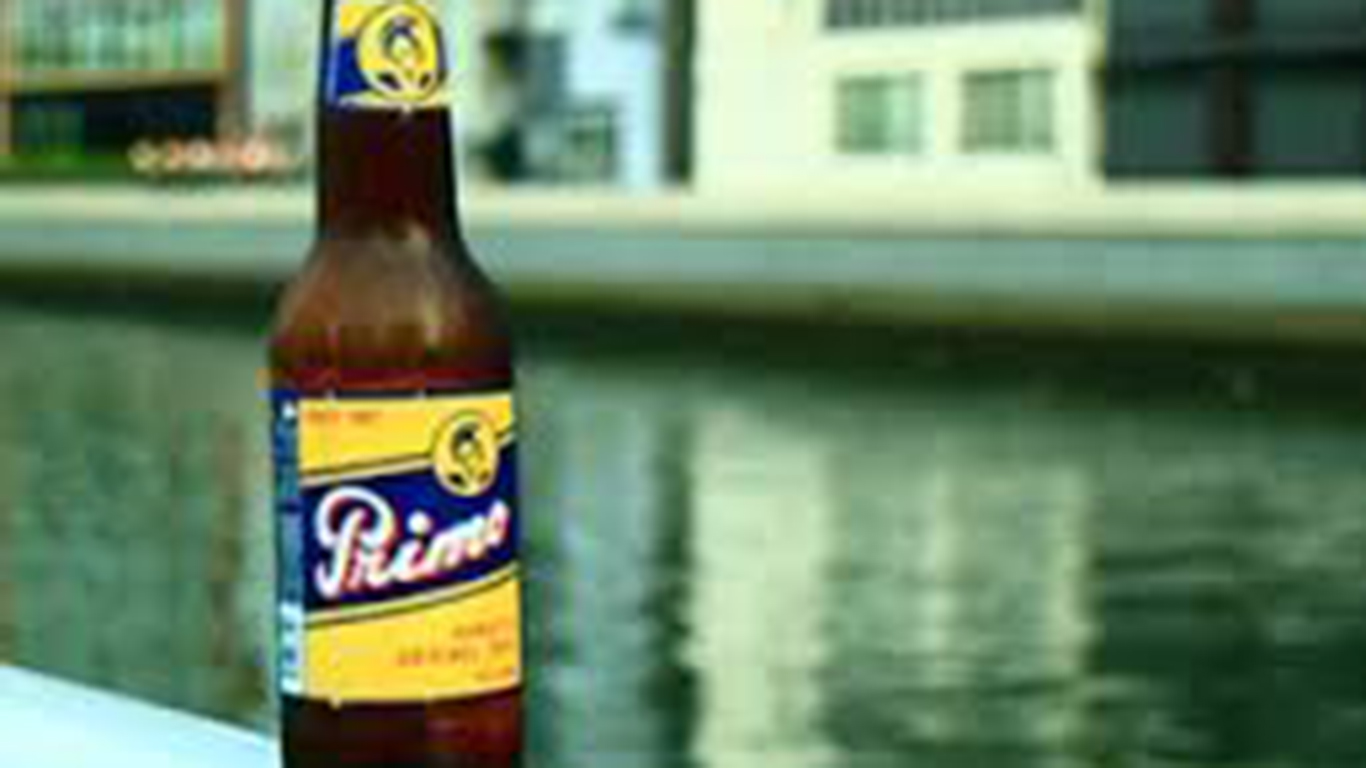 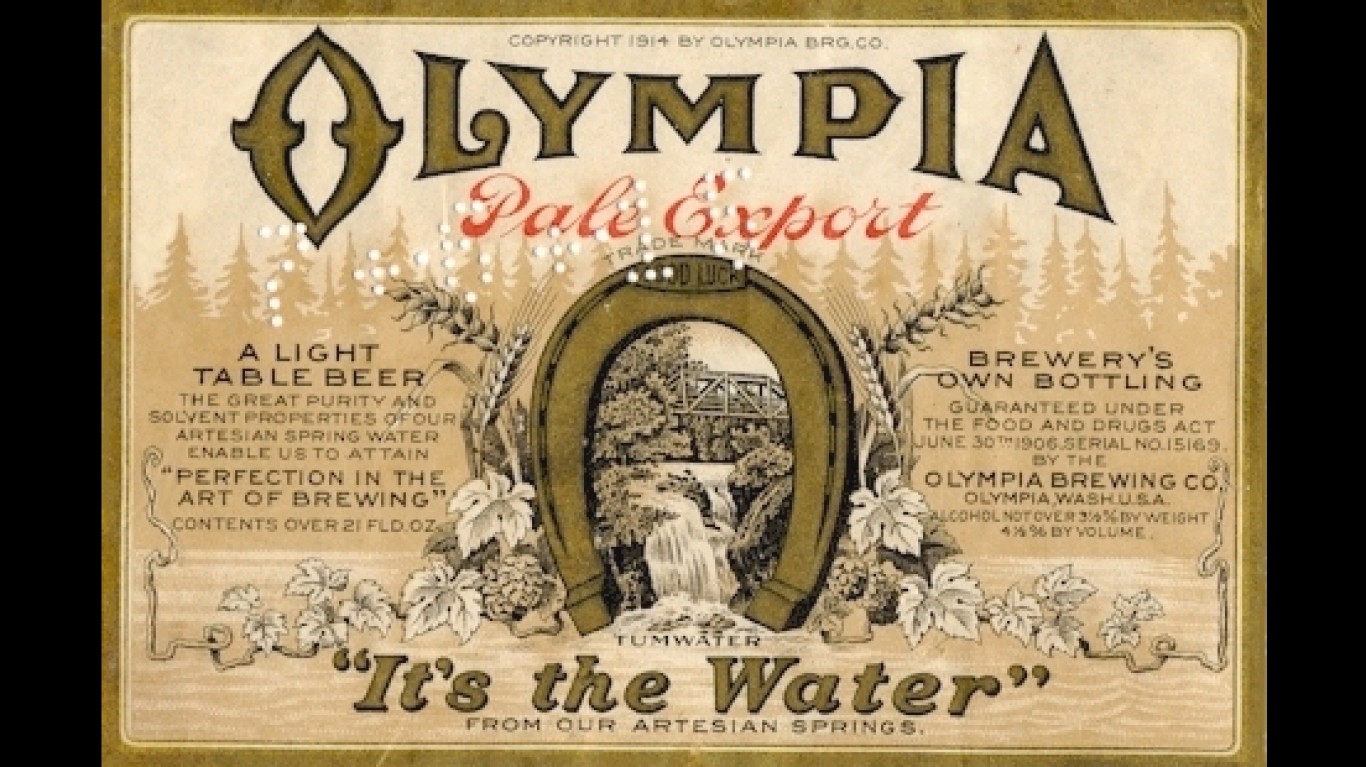 Just seven years after Washington became a state, Olympia beer was born — which makes it one of the country’s oldest beers still sold today. Brewmaster Leopold Schmidt founded Olympia Brewing Co., then Capital Brewing Company, in 1986 in an area with several natural artesian wells. The name changed to Olympia Brewing Co. in 1902, the same year the slogan “It’s the Water” was adopted. Pabst Brewing Company bought the brand in 1983 and the rest is history.