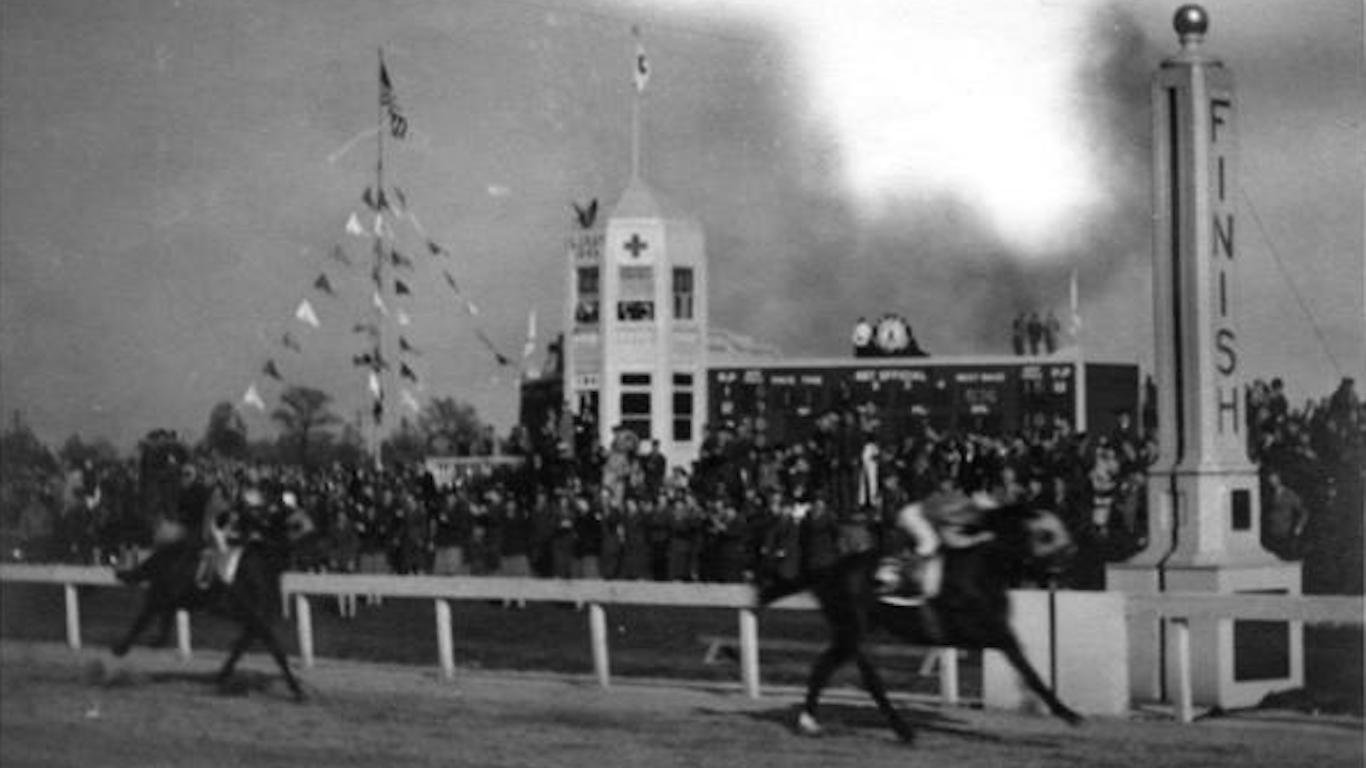 The famed Count Fleet is the offspring of 1928 Kentucky Derby champion, Reigh Count. Count Fleet was bred and owned by Fannie Hertz, wife of John D. Hertz, who founded the Hertz rental car company. Hertz had been keen on selling the horse, but Fleet’s jockey John Longden persuaded him to keep the thoroughbred. This push by Longden was a smart move considering Fleet found success early on in his career, earning $76,245 in prize money in his juvenile season alone.

By the age of three, Count Fleet was unstoppable. He won the Derby by three lengths, the Preakness by eight, and then dominated the field at the Belmont by finishing in an impressive 25 lengths ahead of the runner-up. Count Fleet became the sixth Triple Crown champion and sired nearly 40 foals that became stakes winners. 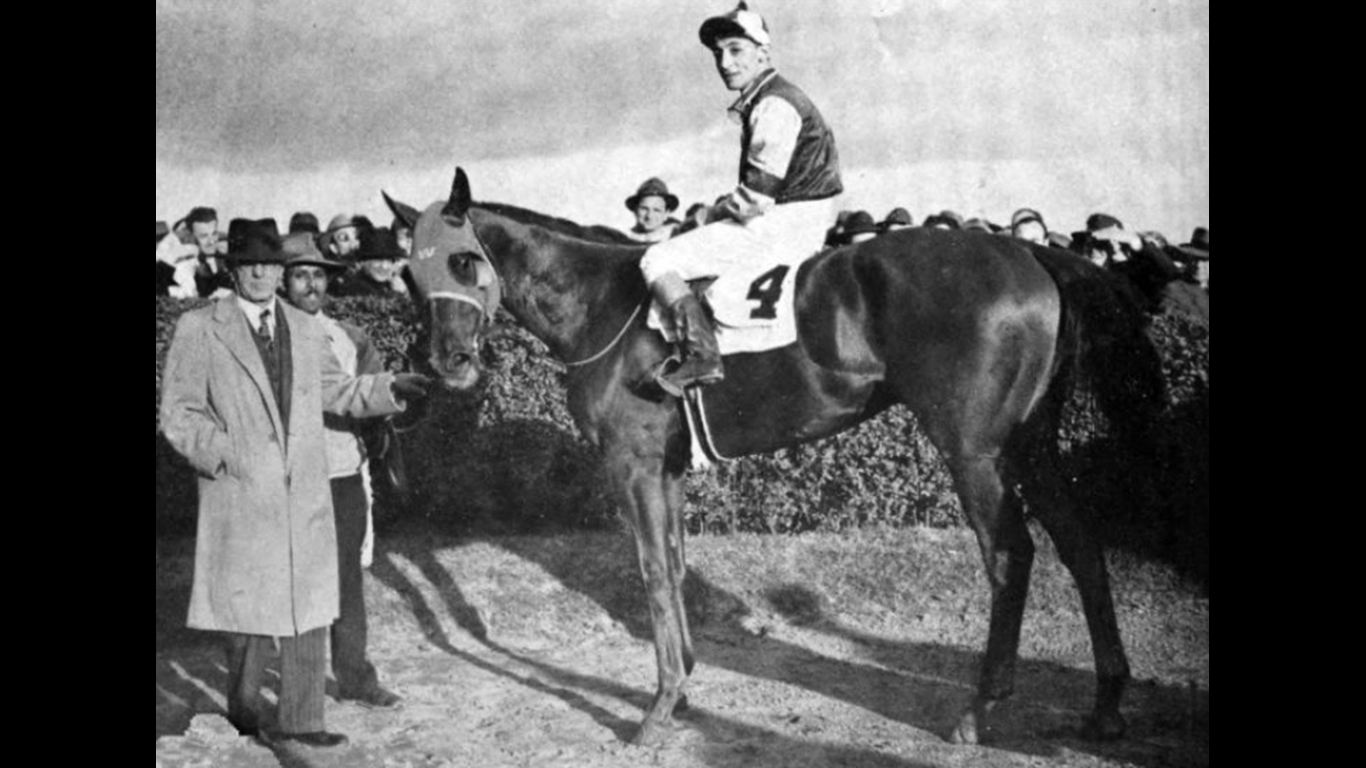 Just three years after Count Fleet became the sixth Triple Crown winner, Assault galloped into the spotlight as the next Triple Crown champion. Similar to Count Fleet, Assault was the offspring of a former Kentucky Derby champion. Assault’s father, Bold Venture, won the 1936 Kentucky Derby. However, trainer Max Hirsch did not have high hopes for Assault. The colt received the nickname “The Club Footed Comet” after stepping on a surveyor’s stake and crippling himself. Hirsch and those betting on Assault were pleasantly surprised when this partially disabled steed won the August 5 Flash Stakes with starting odds of 70 to 1.

Assault went on to win the Triple Crown in 1946, but he received backlash for posting unremarkable times at each race. At the time, the public wrote him off as the best horse in a poor pool of three-year-olds. 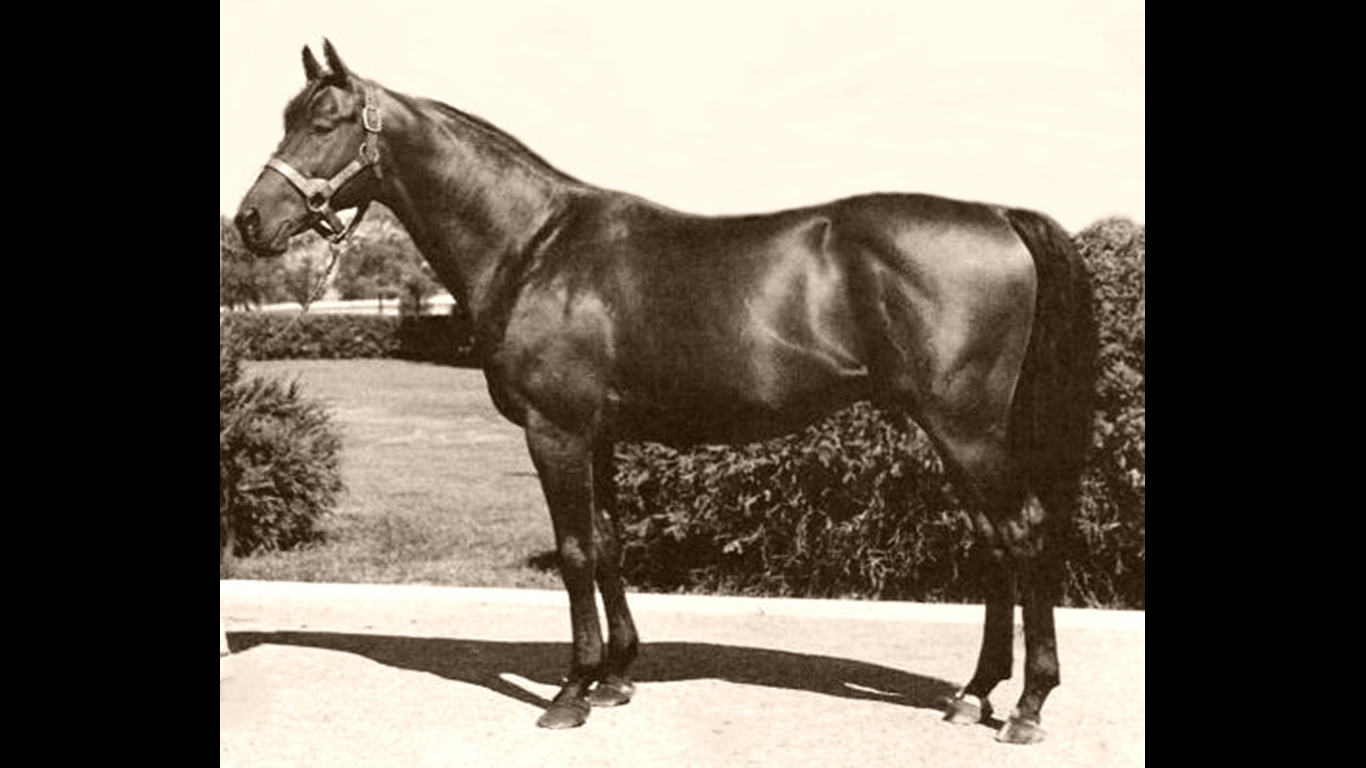 Citation is the fourth racehorse of the 1940s to earn the Triple Crown title — and the last to earn it until 1973. Even though Citation’s claim to fame at the time stemmed from his Triple Crown win, he is more well-known today for breaking another kind of record. Citation was the first racehorse in history to win a total of over $1 million in his 45-race career.

Citation competed from 1947 to 1951, winning 32 times and only finishing out of the money once. In his peak, Citation had seven consecutive wins leading up to the Triple Crown in 1948. Unfortunately, Citation’s devoted jockey, Al Snider, did not get to join the steed in the remainder of his triumphant career. Snider drowned on a fishing trip off the Florida Keys just a few months before Citation began his quest for the Triple Crown. Trainer Ben Jones, also known as Jimmy, asked Eddie Arcaro to ride Citation in the 1948 Kentucky Derby. Arcaro, who was the jockey for the 1941 Triple Crown champion Whirlaway, led Citation to victory in all three races. 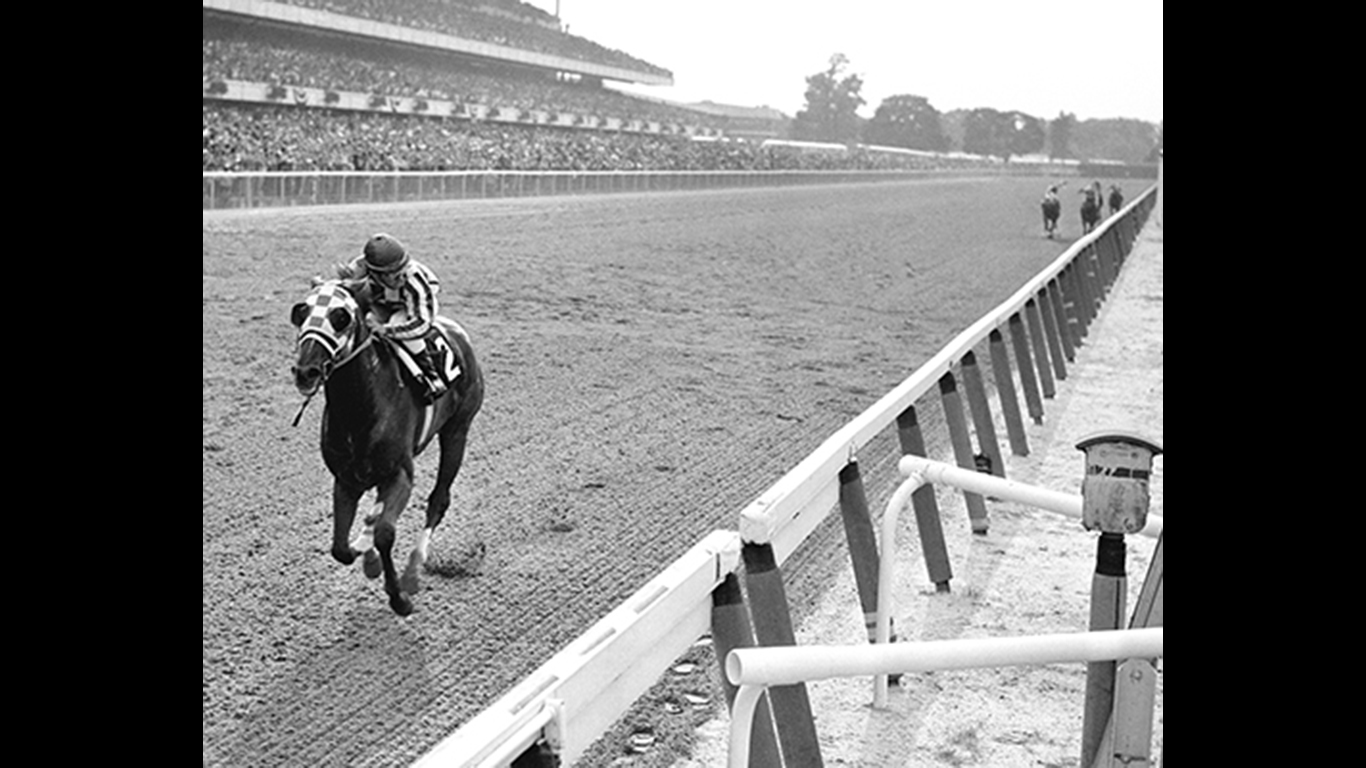 Also known as Big Red, Secretariat may be the greatest race horse ever to compete. The 1973 Kentucky Derby Race goes down in history as one of the most exciting races of all time. During the race, Secretariat pulled ahead of his competitor Sham to break the two-minute barrier, finishing 2.5 lengths ahead of Sham in a time of 1:59.40, a Derby record that still stands. Sham was arguably the race favorite, having defeated Secretariat in the Wood Memorial race just a few weeks prior.

Secretariat’s racing career lasted for 16 months, in which the horse competed in 21 races. The talented horse may not have gone undefeated, but that achievement would have lacked in comparison to his record-shattering wins at both the Kentucky Derby and Belmont Stakes. Secretariat won the 1.5-mile race at Belmont in a time of 2:24, a full 31 lengths ahead of the runner-up. Secretariat, who ended the 25-year Triple Crown drought, remains one of the most idolized horses today. 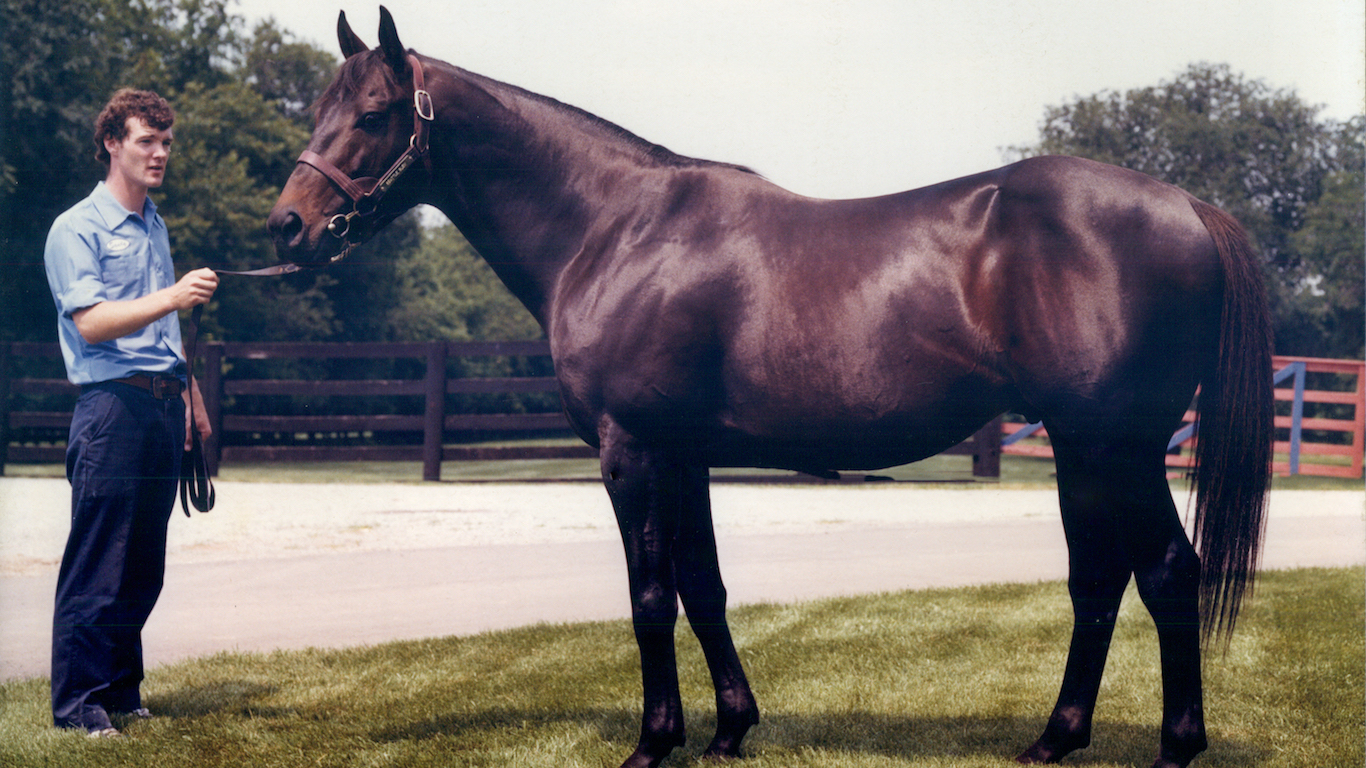 Seattle Slew is the first winner of the Triple Crown to have gone undefeated prior to the Triple Crown races. And there’s a reason this horse went 9-for-9. In the 1977 Kentucky Derby race, Seattle Slew outpaced his opponent For The Moment on the final stretch to the finish line.
About half way through the race, For The Moment’s jockey, Angel Cordero peered to the side and saw Slew’s head bobbing up beside his boot. He was astonished and nearly frightened when he noticed it was not For The Moment he was looking at, but directly at Cordero. Slew’s trainer William H. Turner, Jr. feared that the ruthless Slew would be so competitive he’d have the audacity to grab onto a rider’s leg and yank him off his horse.