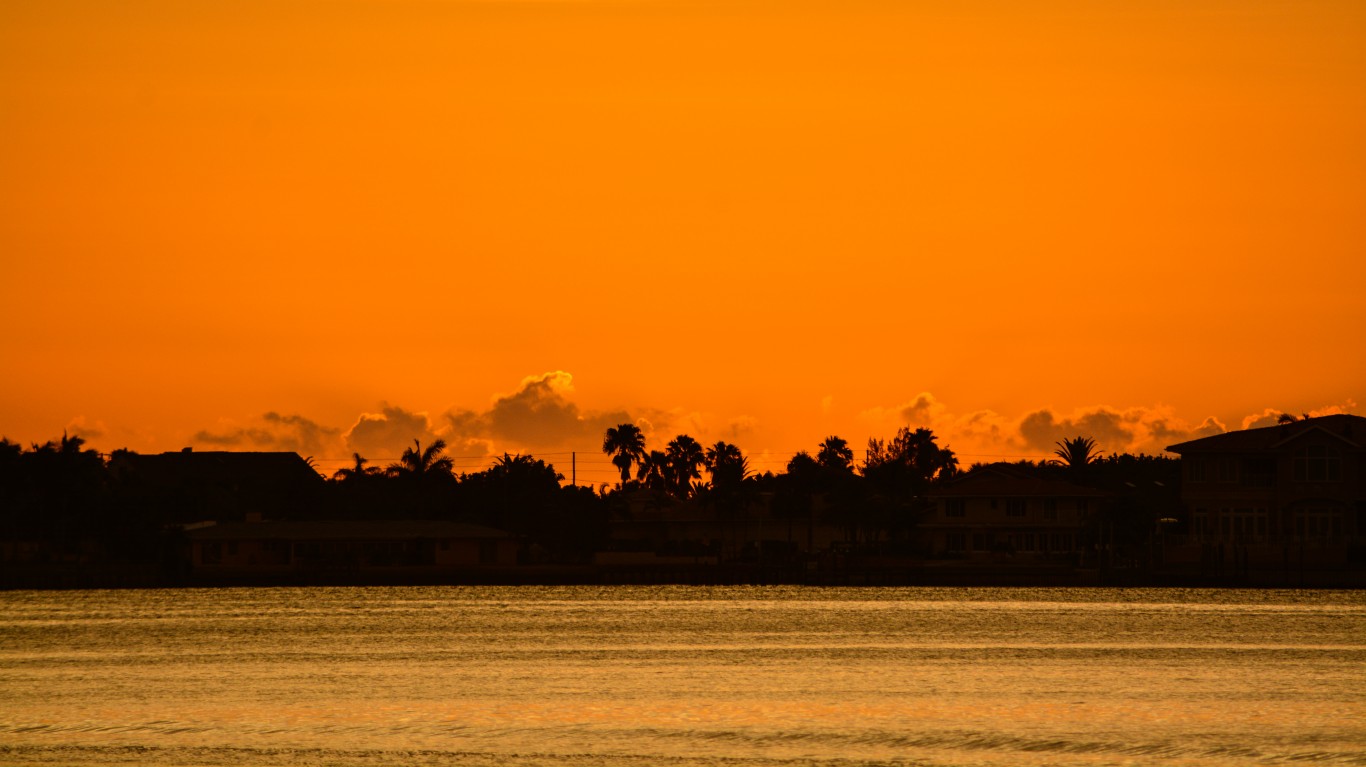 The 33786 ZIP code encompases the Belleair Beach community on Florida’s Gulf coast directly west of Tampa. The area’s 21.2% vacancy rate is due largely to vacation homes and rental properties. In contrast to inner city ZIP codes with high vacancy rates, home values are high in Belleair Beach. Over half of all area homes are worth over half a million dollars, and nearly 90% of empty homes in the area are investment properties, either open to vacationers, long-term renters, or waiting for a new buyer. Vacancy rates in Belleair Beach are likely far lower from January through March, Florida’s peak tourist months. 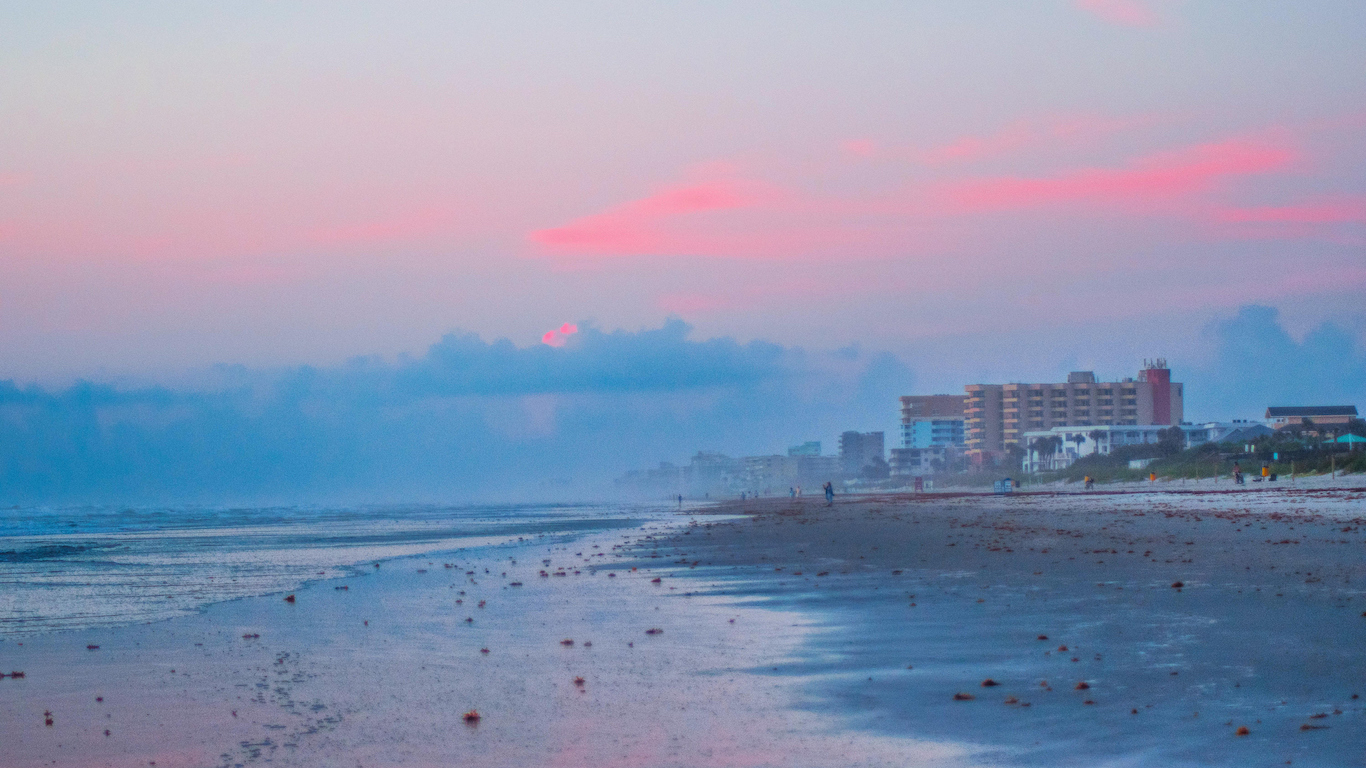 Just like its neighboring ZIP code to the north in Belleair Beach, the 33785 ZIP code around Indian Rocks Beach and neighboring Indian Shores has a high vacancy rate. More than one in every five area homes are unoccupied. Also like its neighbor to the north, Indian Rocks Beach is located along Florida’s Gulf Coast in the Tampa metro area, and its high vacancy rate is largely attributable to the many vacation homes and rental properties that go through periodic vacancies. 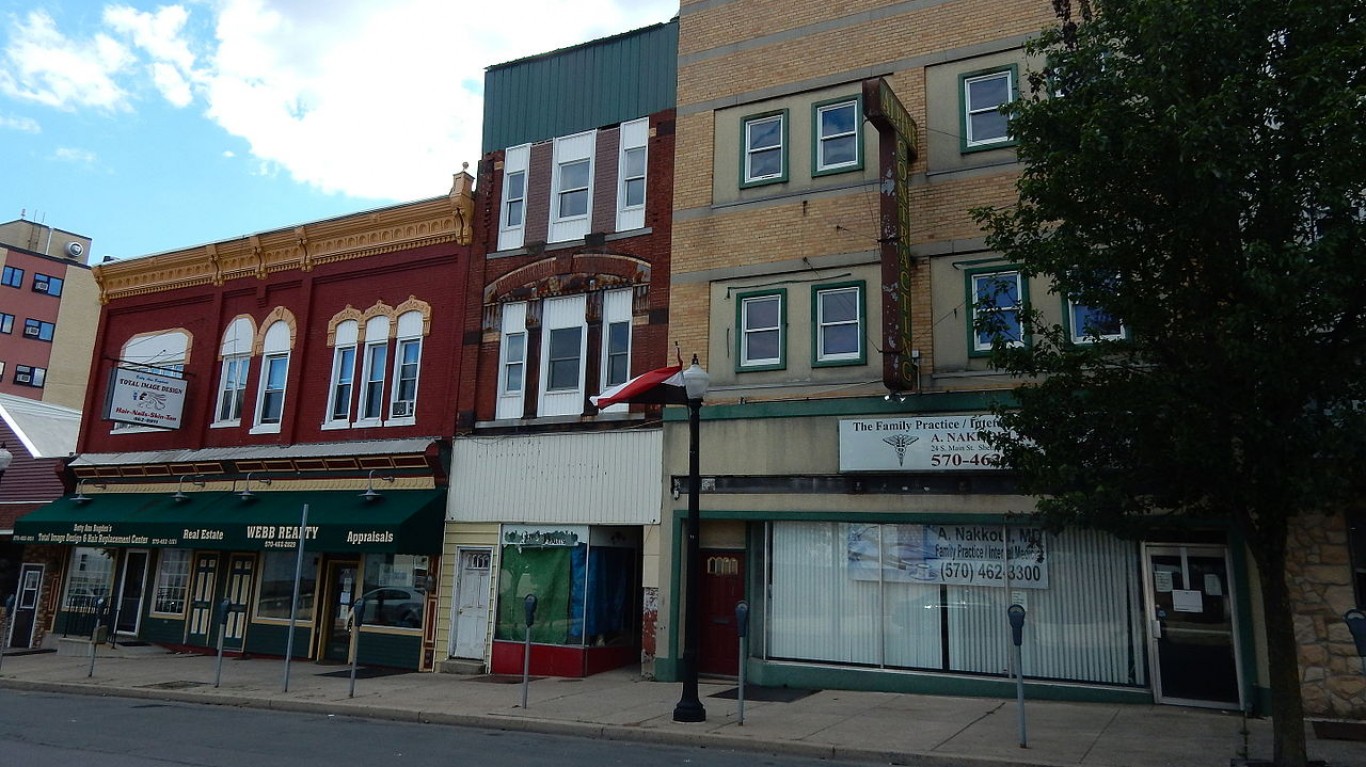 Pennsylvania’s 17976 ZIP code comprises the borough of Shenandoah, about 150 miles west of New York City. A poor, economically depressed area, more than one in every three Shenandoah residents live in poverty, and over half of all area homes are worth less than $37,000. One of the area’s over 700 vacant homes is in foreclosure.

A coal mining town in the early 1900s, Shenandoah has long been in decline. When area mines began closing in the middle of last century, the few available jobs were largely in garment manufacturing. The borough’s population peaked at nearly 26,000 in 1910 and stood at just 5,000 a century years later. Though town officials claim people are moving back to the region, the 17976 ZIP code’s population shrank by 0.9% in the last five years, according to the U.S. Census Bureau. 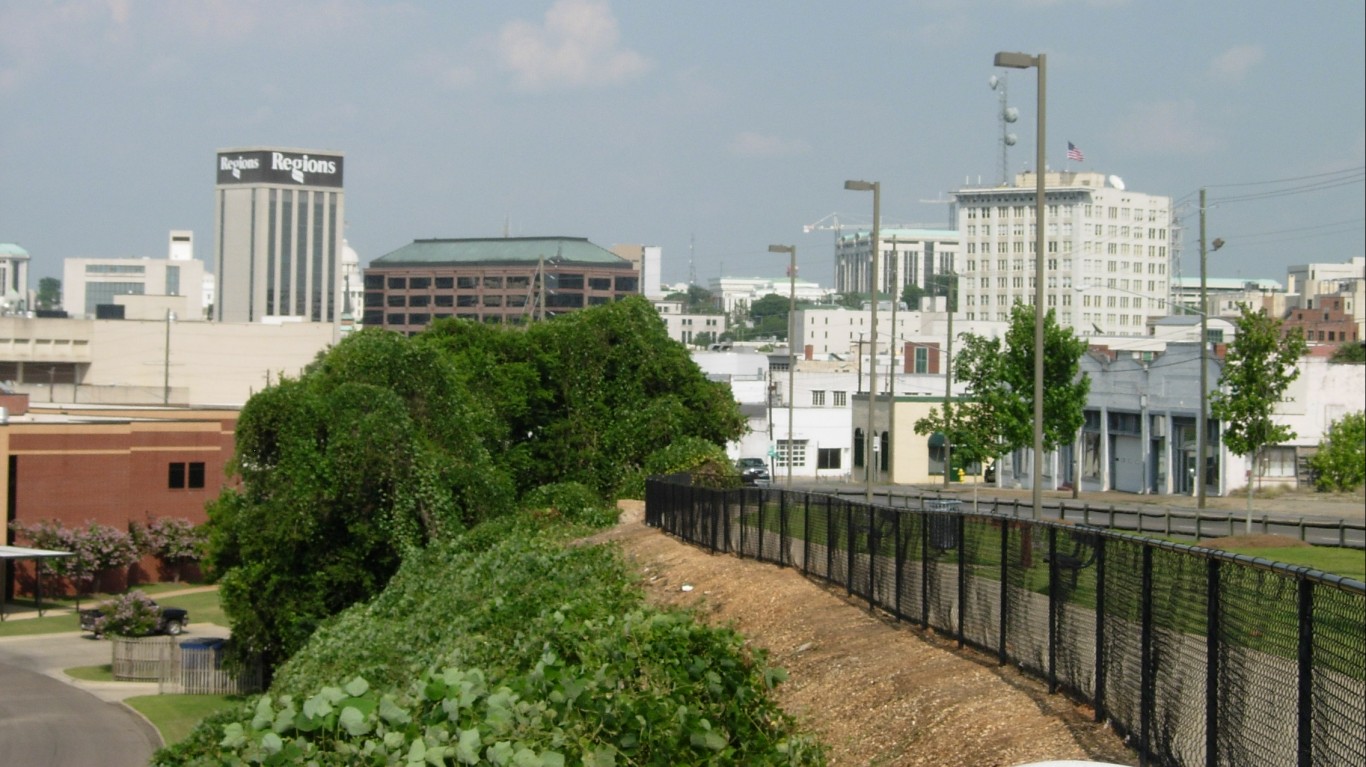 Northern Montgomery, Alabama, along Gun Island Chute, falls largely within the 36104 ZIP code. Montgomery, the state capital, is poorer than most places. Across the broader metro area, 18.7% of residents live below the poverty line, compared to 15.1% of Americans. Like every other inner city ZIP code on this list, the 36104 area is one of the poorest parts of town, with 45.3% of residents living in poverty. Such poor economic conditions have likely driven many out of the area and reduced property values. In the last five years, the neighborhood’s population shrank by 22.7%. Additionally, the typical area home is worth just $73,700, less than half the median home value nationwide of $184,700.

Population decline and widespread poverty are hallmarks of urban areas that have been hollowed out. In Montgomery’s 36104 ZIP code, 23.4% of households are vacant. 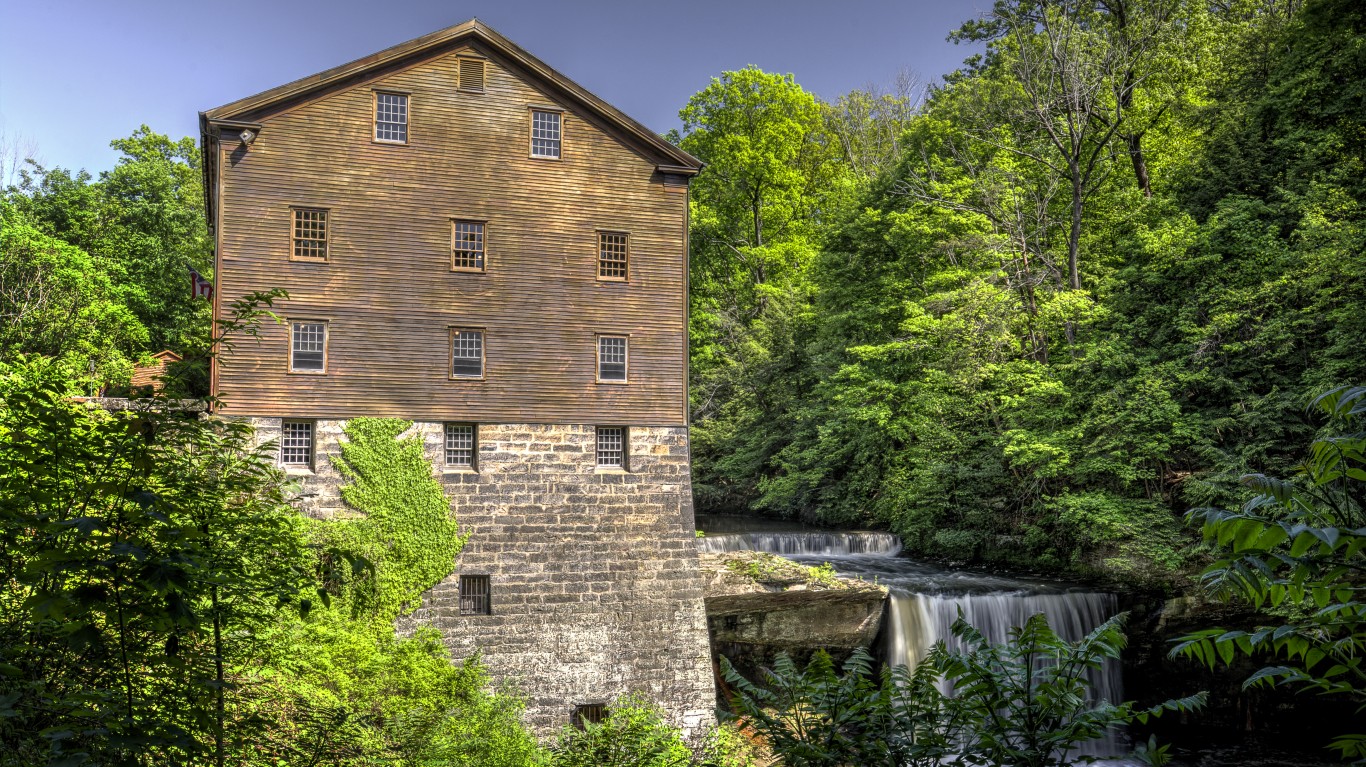 Along with Cincinnati and Dayton, Youngstown is one of three Ohio cities with areas that have among the highest vacancy rates in the country. None, however, has a higher vacancy rate than the 44507 ZIP code in south-central Youngstown. Nearly a quarter of the 2,036 area homes are unoccupied. Of the area’s 483 vacant homes, a far lower than average 65.4% are considered investment properties, meaning they are owned by someone either intending to rent or sell. Many of the remaining vacant homes have likely been abandoned.

One of the poorest neighborhoods in the country, over half of residents in this section of Youngstown live below the poverty line, and the typical area home is worth just $20,000.