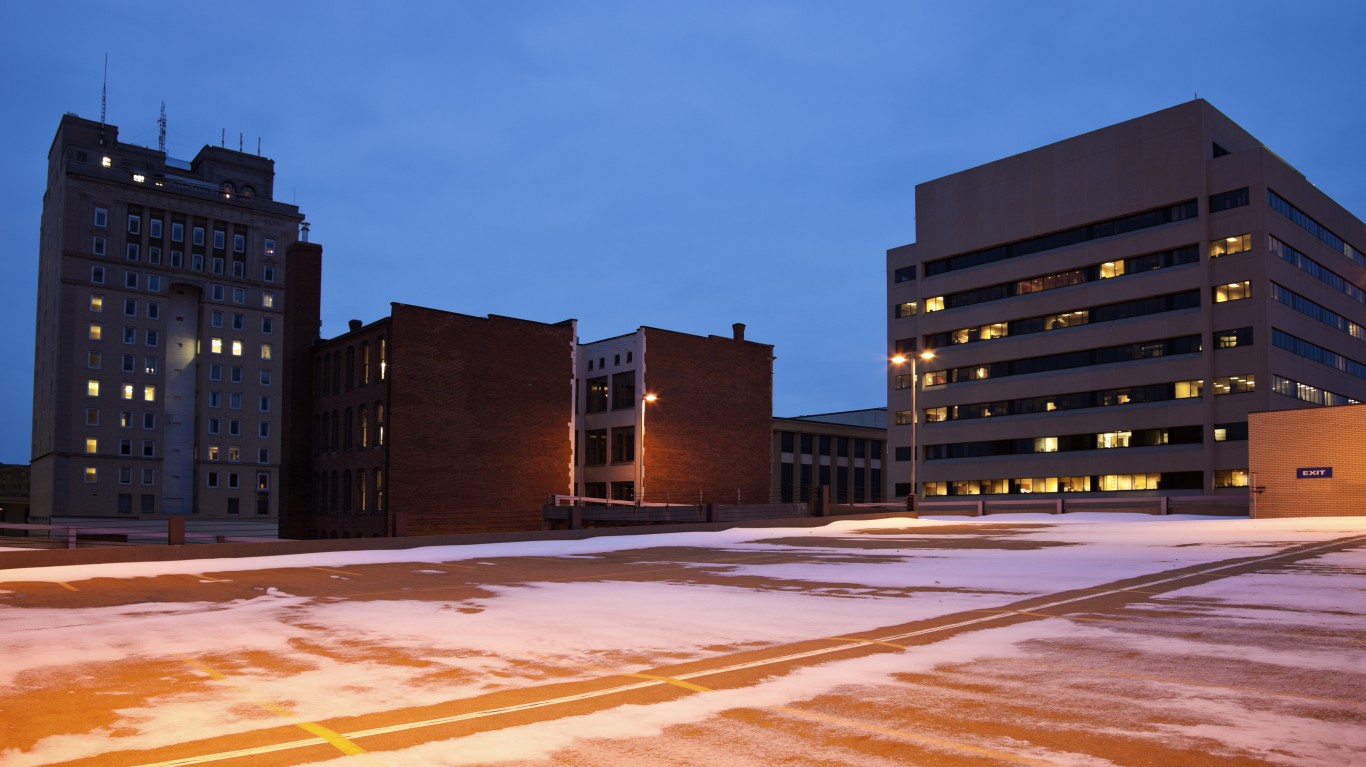 Canton also has a high proportion of adults with arthritis — the sixth highest on the list — but it also has a large number of people smoking — over 10%, the fourth highest rate. Smoking is a major contributor to coronary heart disease because the chemicals in the smoke cause the blood to thicken and form clots, blocking circulation. 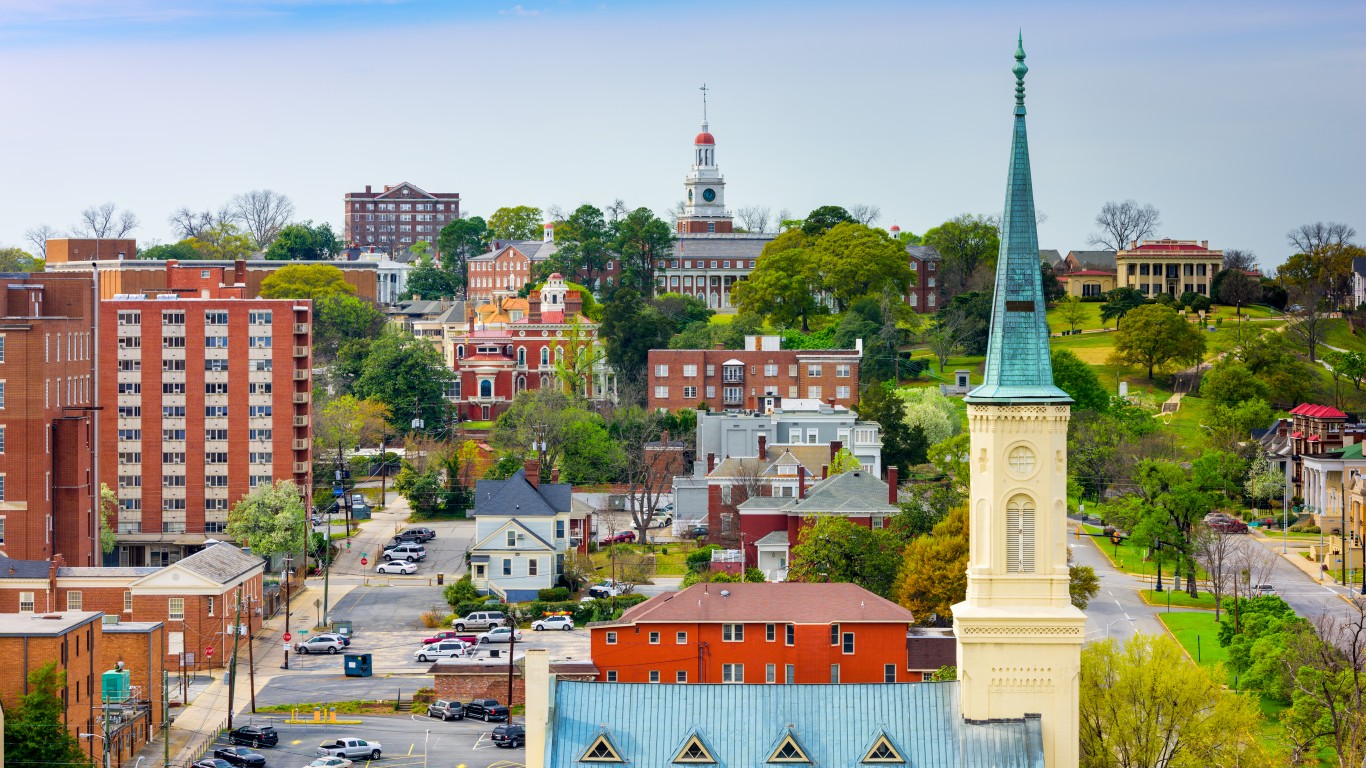 Macon is in the top 20 for many health conditions that pose a high risk for developing heart disease. One that particularly stands out is stroke. Close to 6% of the adult population have had a stroke, the third highest rate among the 500 largest U.S. cities. Stroke is associated with coronary heart disease because both share common risk factors, such as high LDL (bad) cholesterol, high blood pressure, diabetes, and being overweight. 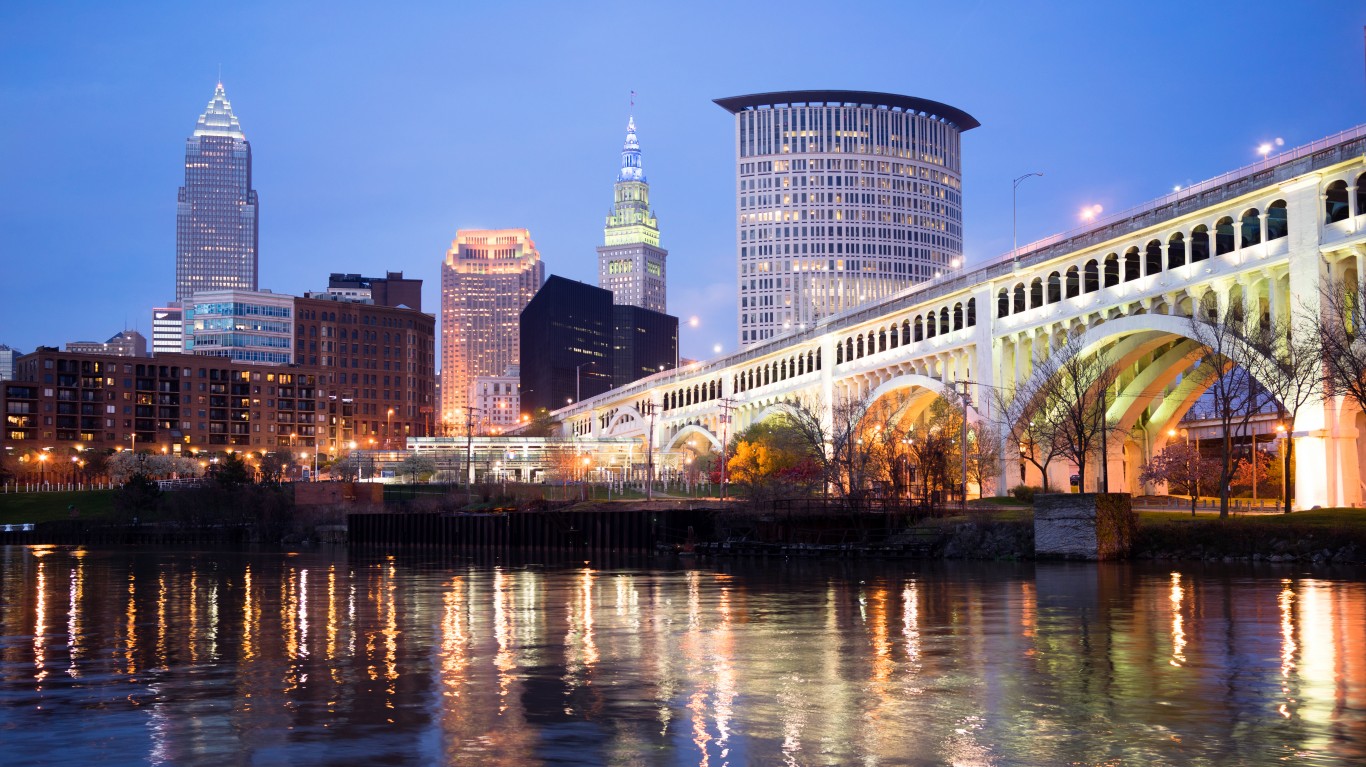 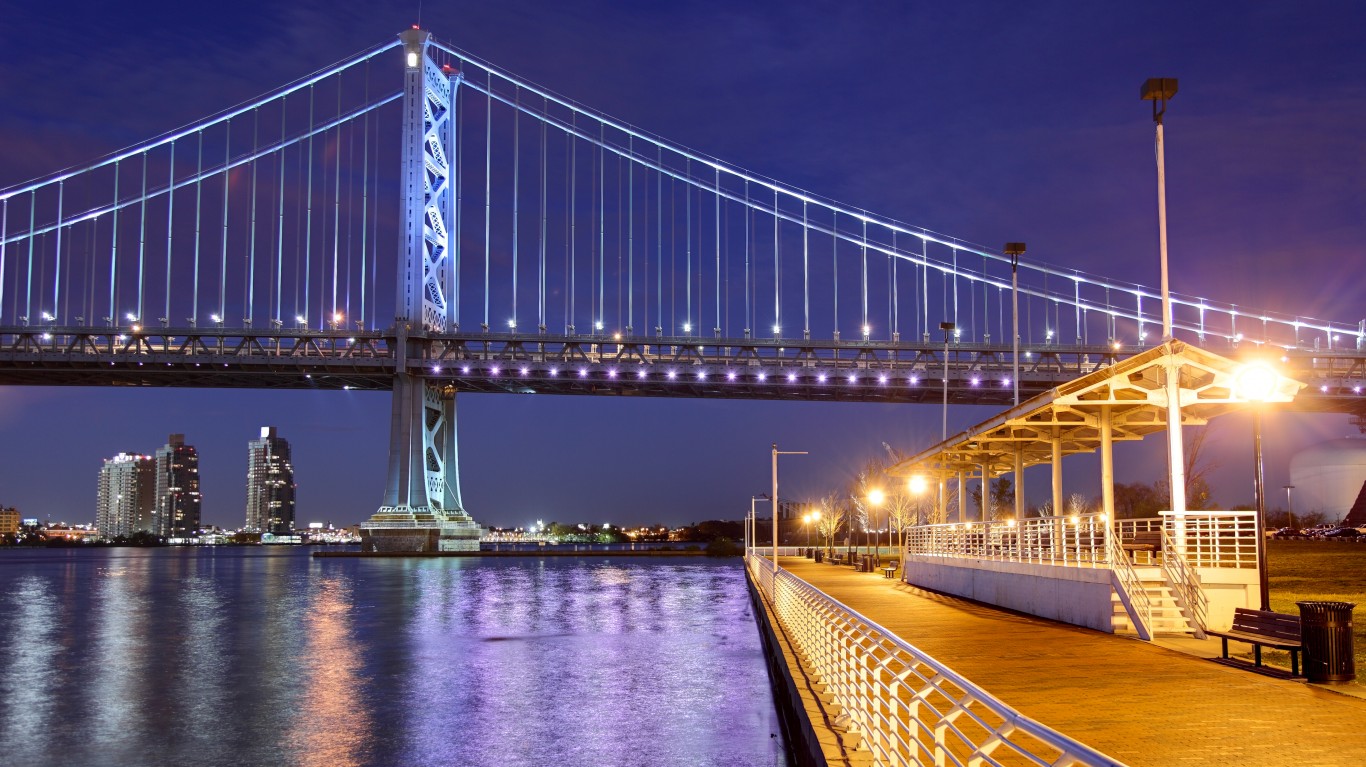 In Camden, 41.8% of adults have high blood pressure, the ninth highest share among major cities and well above the 29.4% of American adults who do. Almost 45% of adults in the New Jersey city don’t exercise in their spare time — the highest rate of lack of physical activity on the list. Also, Camden has the second highest rate of adults with diabetes. The city is also in the top 10 for obesity among adults. 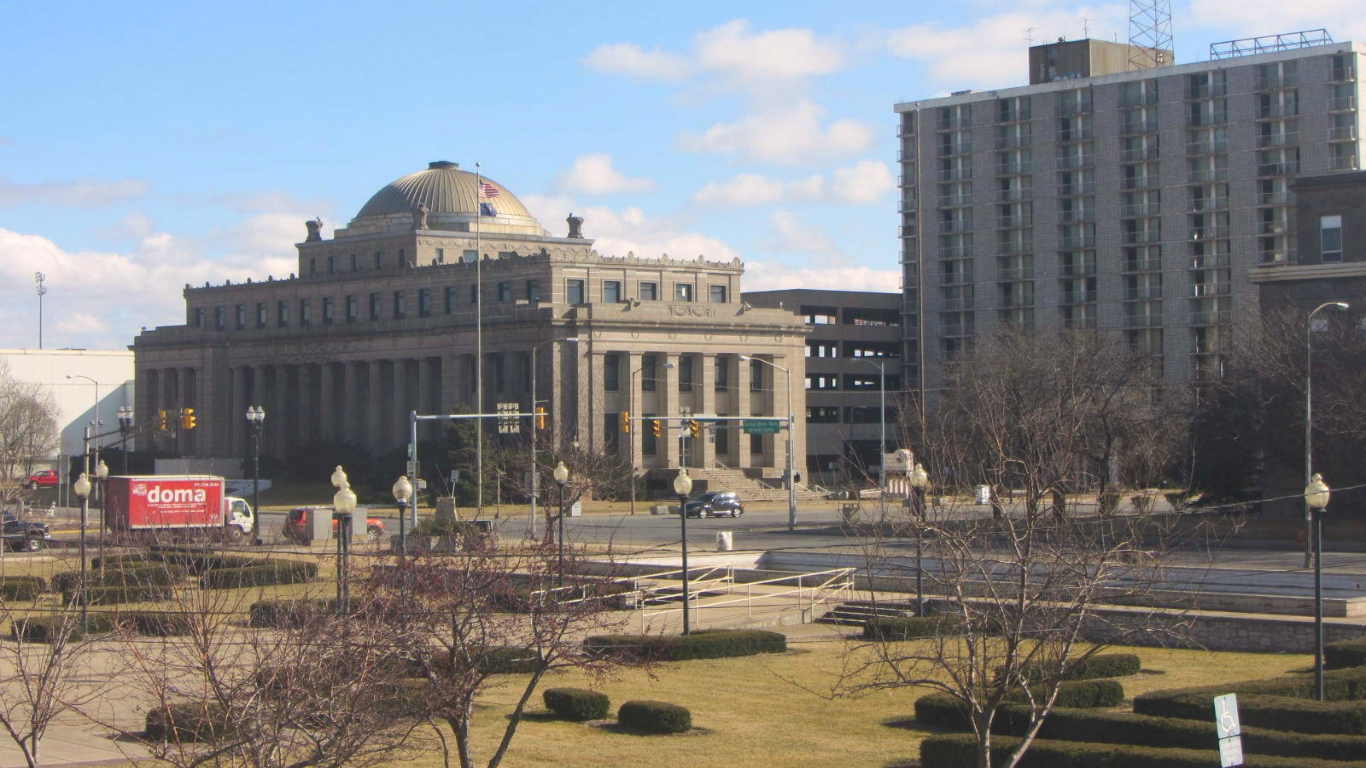 Of all 500 cities on the list, Gary has the highest rate of diabetes — 18.4%; the second highest stroke rate among adults — 5.9%; and the third highest rate of people with high blood pressure. Hypertension can lead to hardened arteries, stroke, or heart attack because the force with which the heart is pushing blood through arteries is too high.