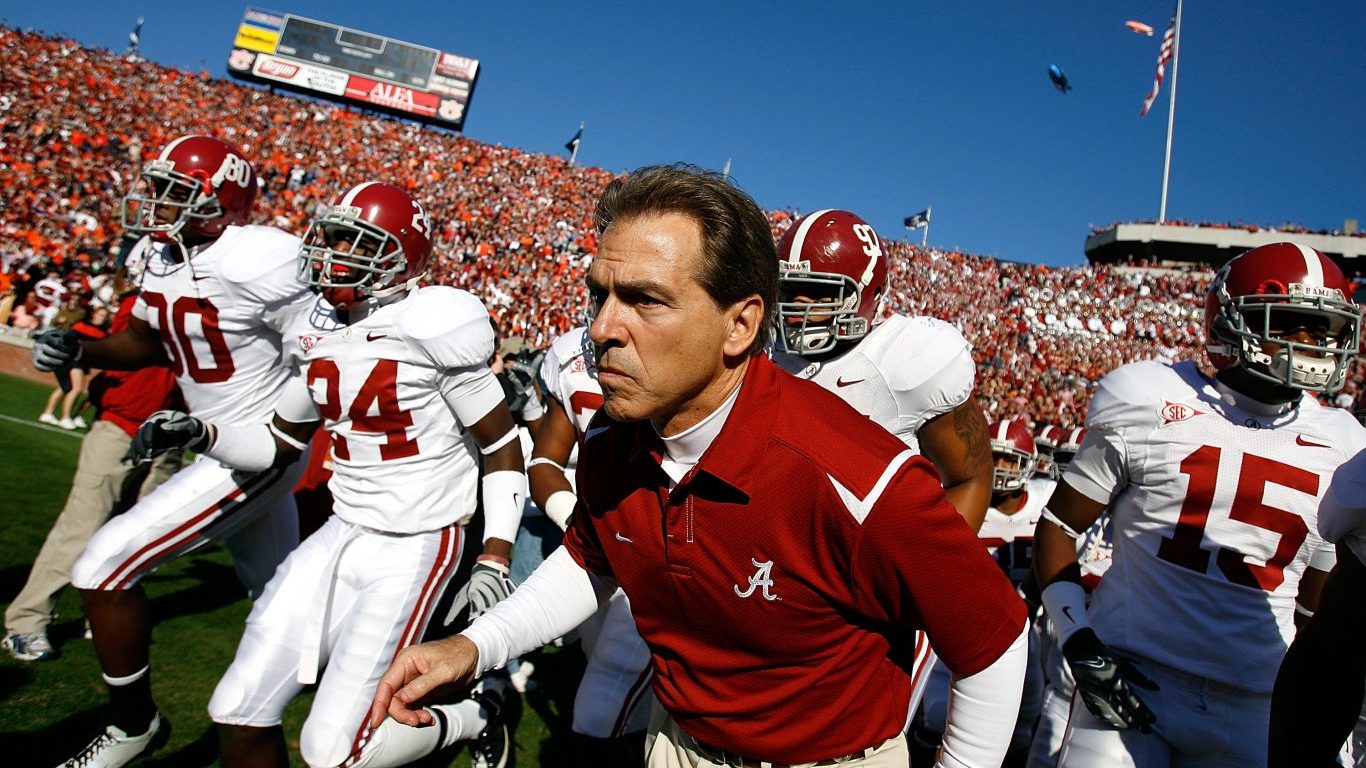 Nick Saban seems poised to become the undisputed greatest college football coach of all time. He quickly moved up the coaching ranks, from Toledo to Michigan State to LSU, where he won his first National Championship after the 2003 season. Saban led the Miami Dolphins for two seasons in 2005 and 2006 before returning to college football, this time at Alabama. Saban has led the Crimson Tide to five Championships since arriving in Tuscaloosa in 2007. He now holds the same number of titles as Alabama legend Bear Bryant, though his recruiting ability has ensured that Alabama will be national title favorites for years to come. 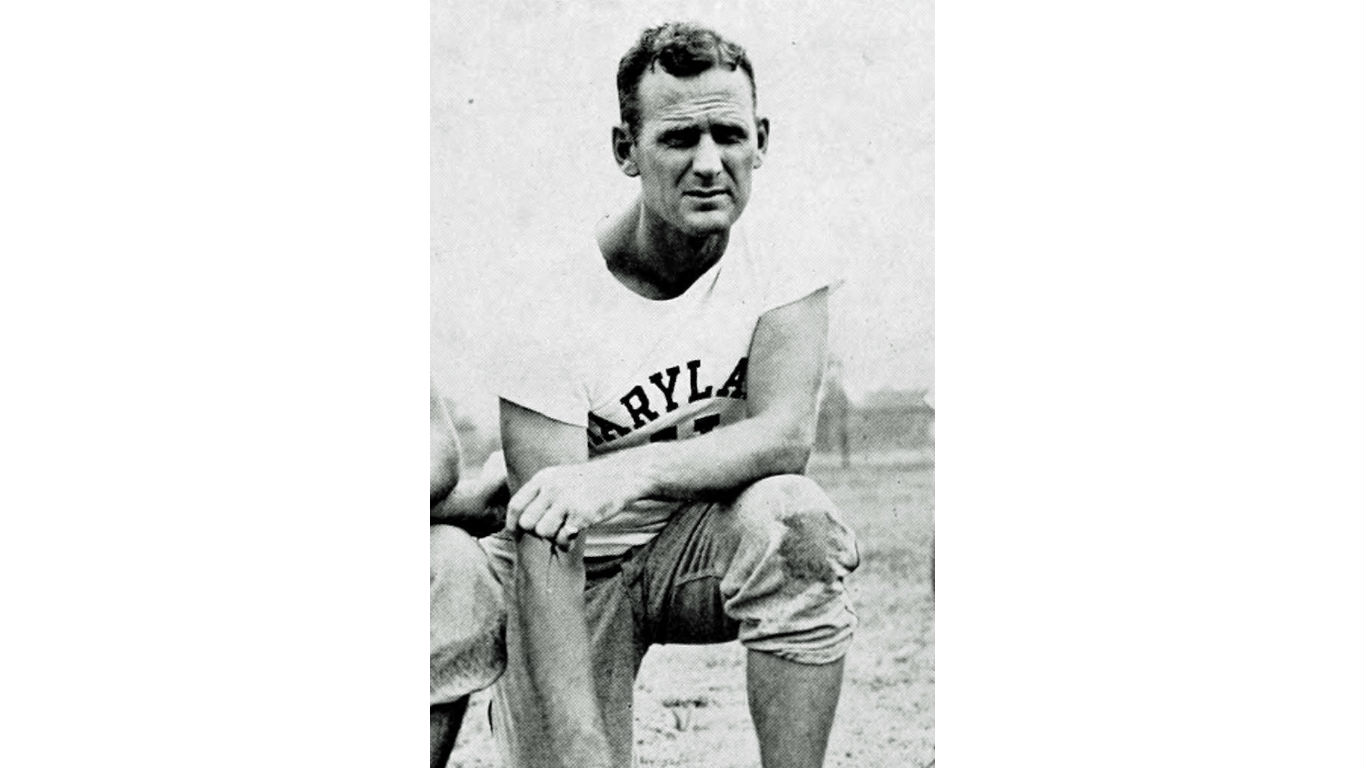 Paul Bryant had a commanding presence befitting a man nicknamed “Bear,” a moniker he got in his youth when he wrestled a bear. Bryant, sporting his signature houndstooth hat, crafted a legacy of college football excellence that made Alabama a national powerhouse. The Tide played with a ferocity that reflected the demeanor of its coach. Bryant’s 323 victories had been the most in major college football until Joe Paterno of Penn State and Florida State’s Bobby Bowden overtook him. Bryant won six national championships at Alabama, where he won 82.4% of his games in 25 years. Bryant coached four colleges in his 38-year career, took 29 squads to bowl games, and only had one losing season. 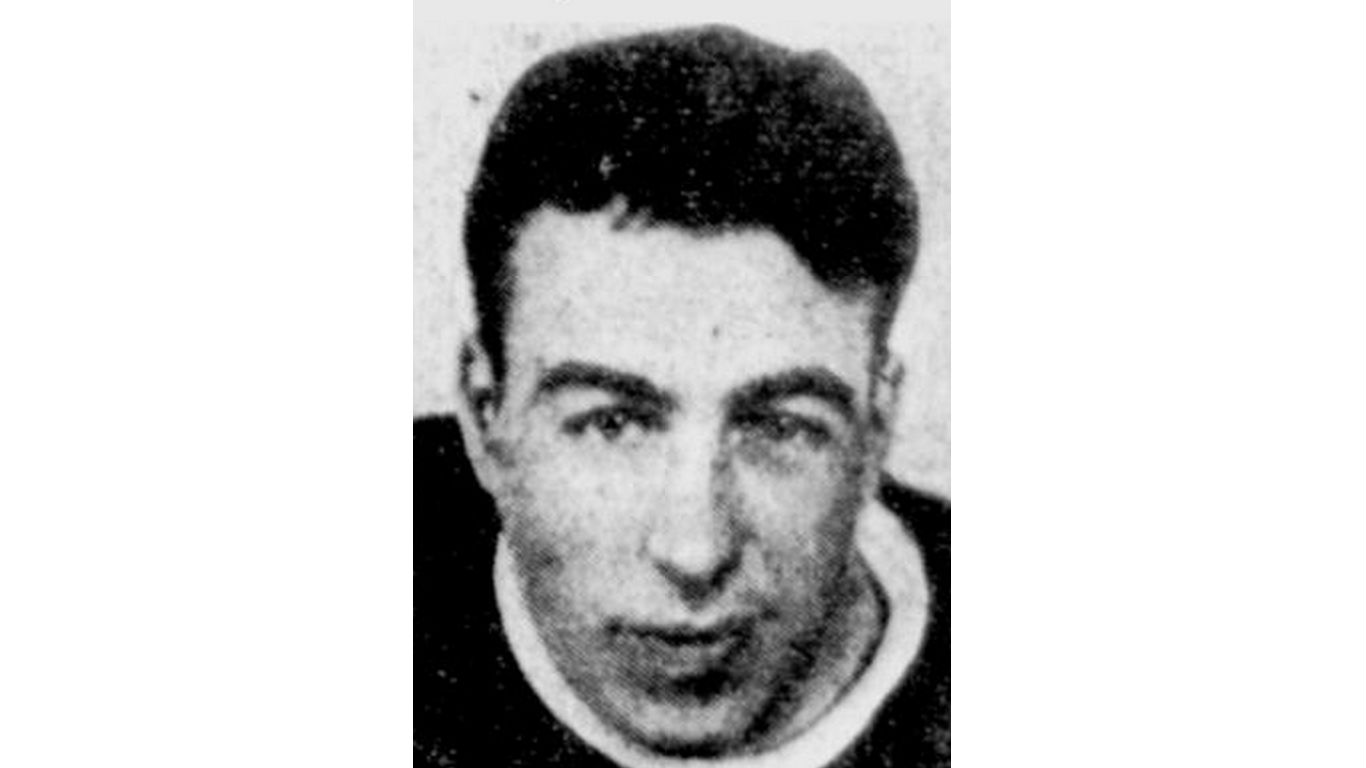 Though Toe Blake has one of the shorter tenures of any of the coaches on this list, at 13 years, he made the most of his time. Blake took over the Montreal Canadiens in 1955 and was an immediate success, winning five straight Stanley Cups in his first five seasons at the helm. After that, Blake’s Canadiens fell in the playoff semi finals four straight years, before they won back-to-back Cups in 1965 and 1966. Montreal lost in the Cup Finals in 1967, then won it again in 1968, sending Blake out as a winner. He retired after that season, winning a total of eight championships and making the playoffs each of his 13 seasons — a nearly unprecedented run of success. 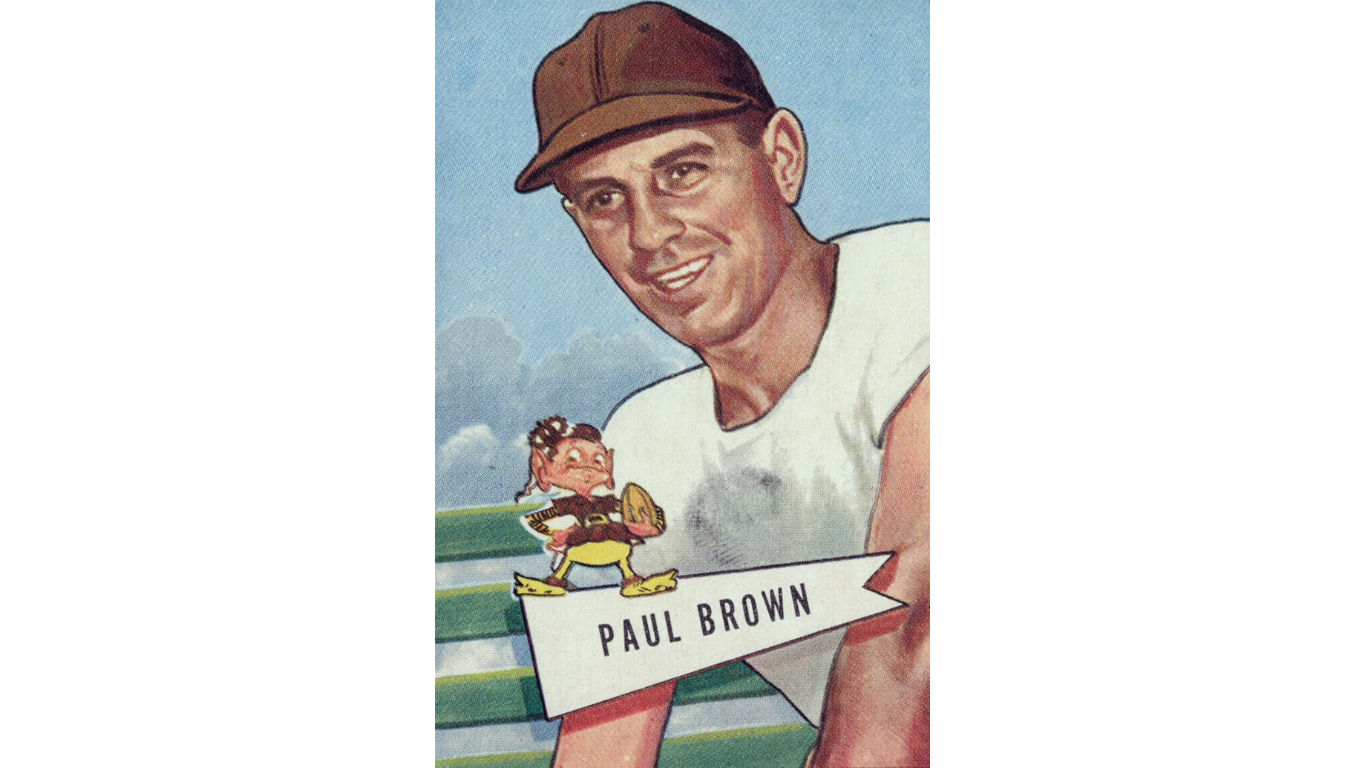 Paul Brown was an innovative coach who expanded the use of scouting for college talent. He also used tests to gauge a player’s learning potential and employed analytical tools and film clips to study opponents. Brown created a powerhouse in Cleveland, winning four All-American Football Conference titles before the Browns — named after Paul Brown — joined the National Football League, where they won three championships. Brown had only one losing campaign in 17 seasons. After he was fired by the Browns in 1963 for butting heads with the new management, he returned to the coaching ranks to lead the fledgling Cincinnati Bengals in 1968 for eight seasons, where he was not as successful. 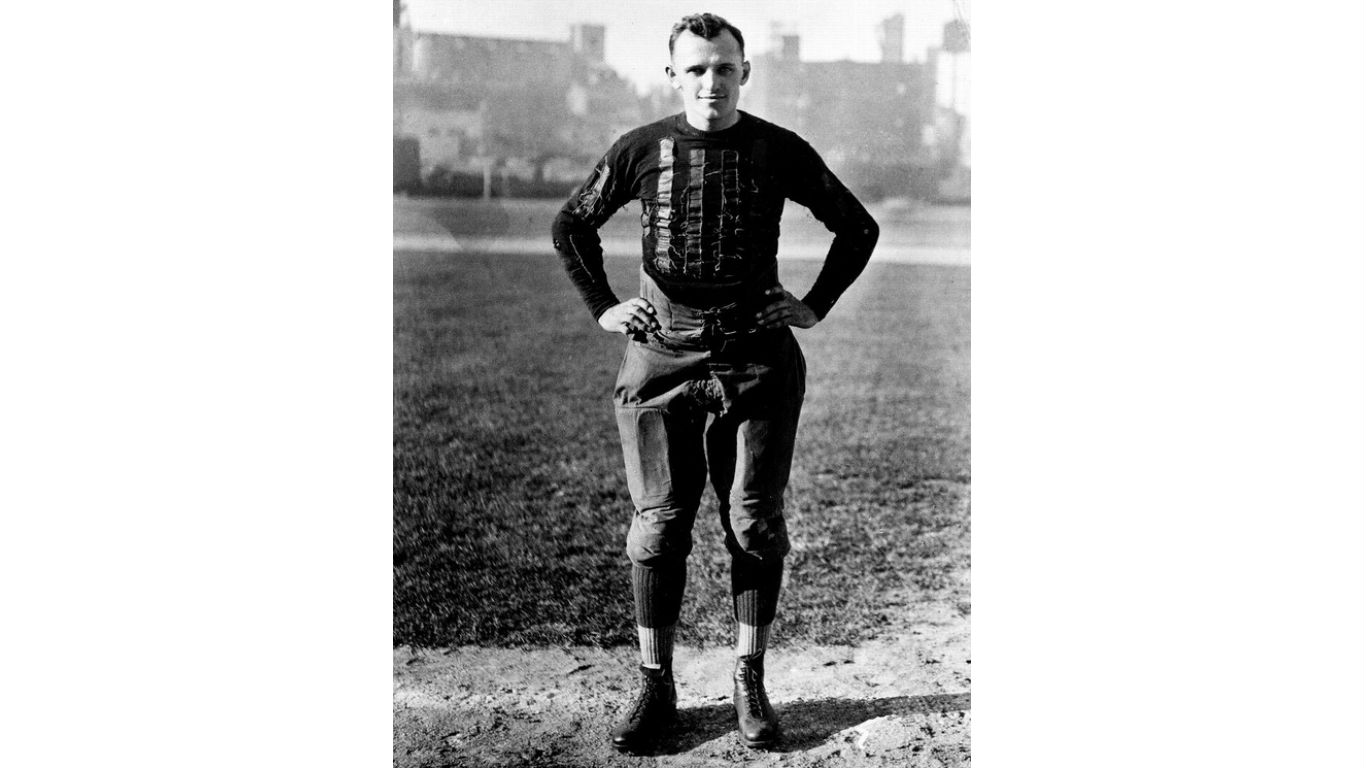 You can’t think of the Chicago Bears without thinking of George Halas. He coached the Bears for 40 seasons, stepping aside three times, and winning a championship each time he returned to helm the Monsters of the Midway. His 1934 squad went undefeated and featured such gridiron luminaries as Red Grange and Bronko Nagurski. Halas won six championships with the Bears, including a 73-0 wipeout of the Washington Redskins in the 1940 title game that displayed the offensive possibilities of the T formation. Halas was innovative in other ways. He was a pioneer in the use of film study; was among the first to hold daily practices; and was a tireless promoter of professional football. His NFL record 318 victories would not be broken until Don Shula did so in 1993.