20 Groceries Driving Up Your Food Bill the Most 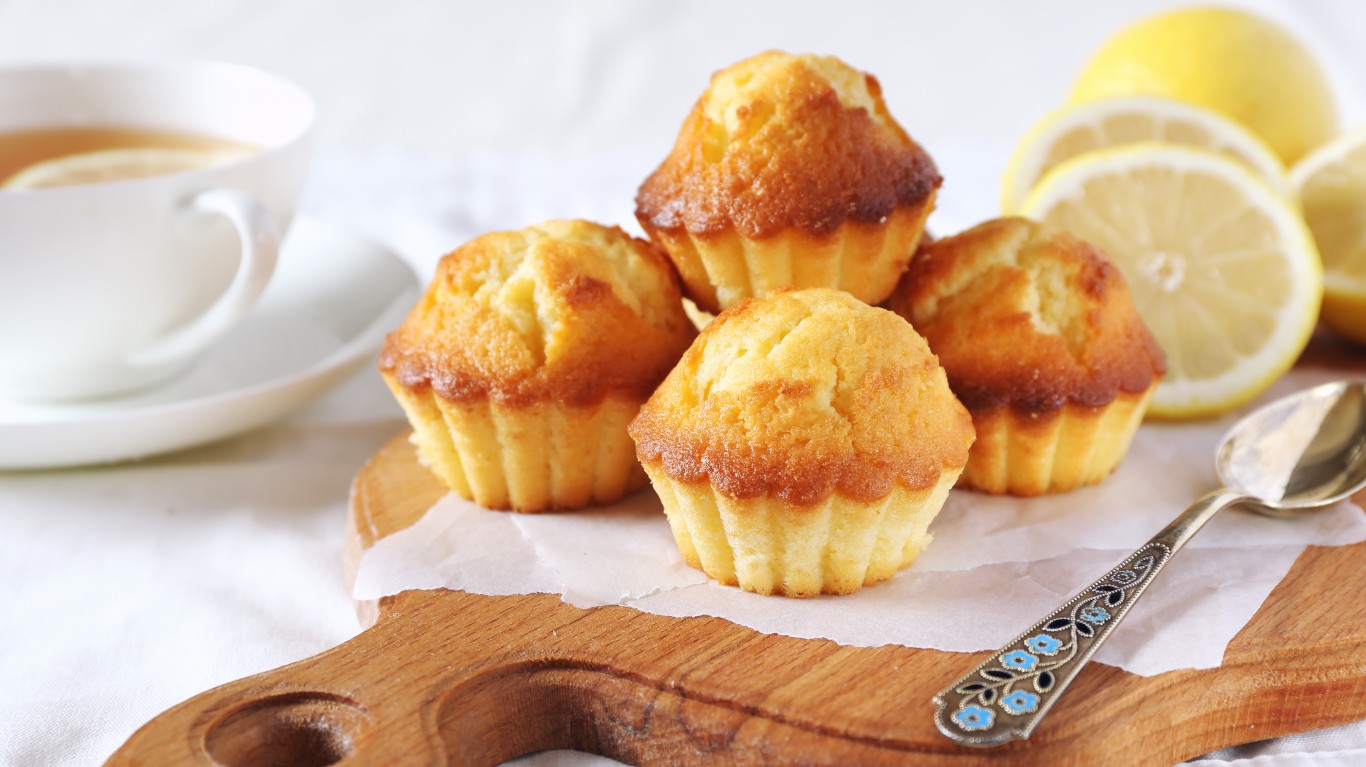 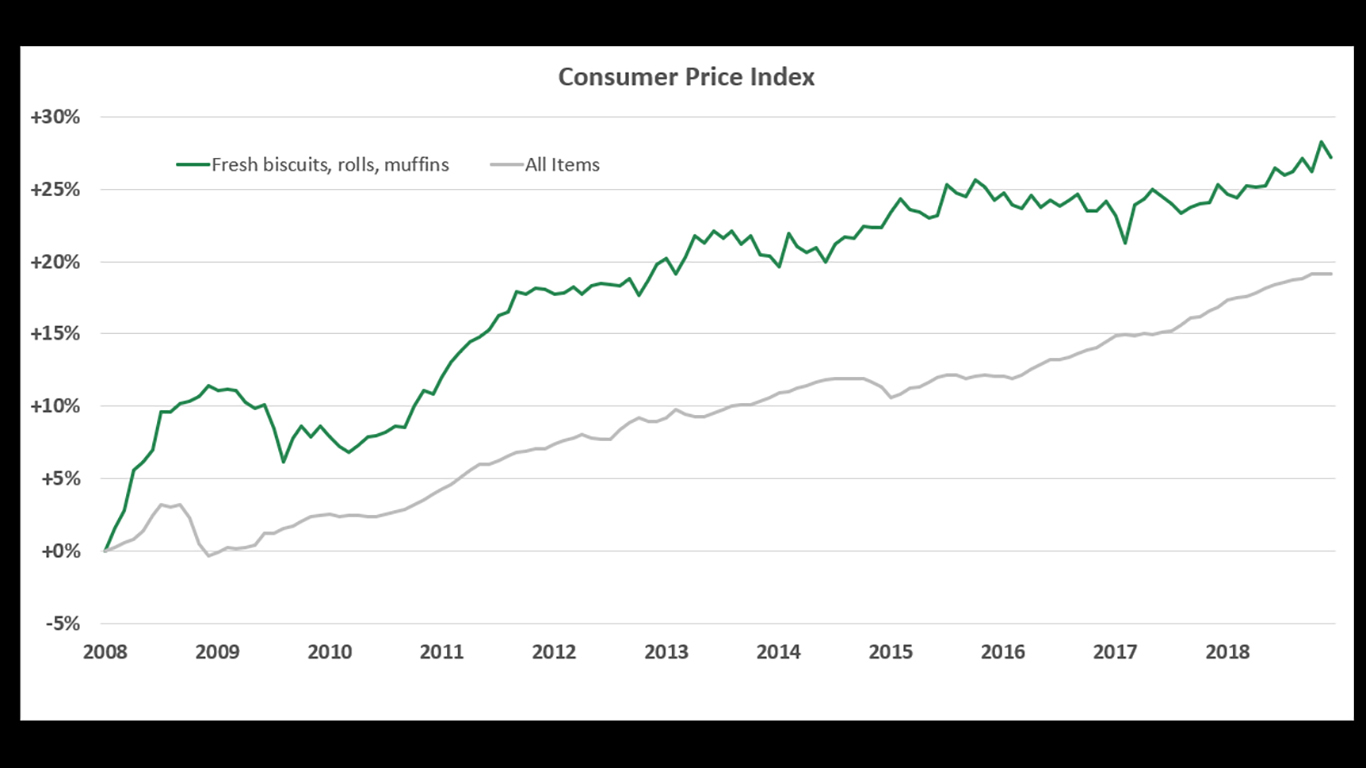 Traditional biscuits, rolls, and muffins share many of the same ingredients, but butter may be the one factor contributing most to their 27.2% price increase in the last 10 years. Over the last decade, butter prices have climbed 43.6% in the United States, driven by growing demand. Due in part to Americans’ awareness of benefits associated with natural fats found in butter that are more healthful than those in margarine, butter sales climbed by an annual average of 7% in North America from 2012 to 2017. 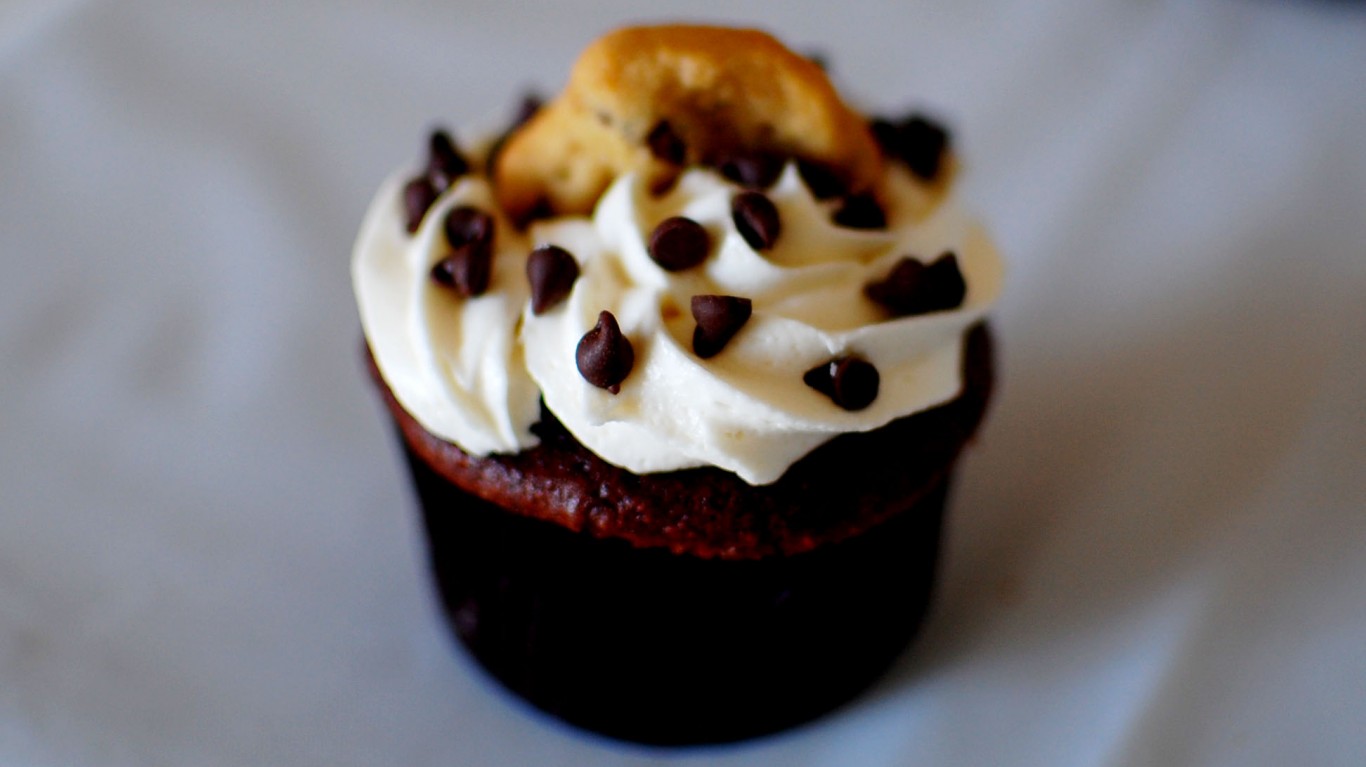 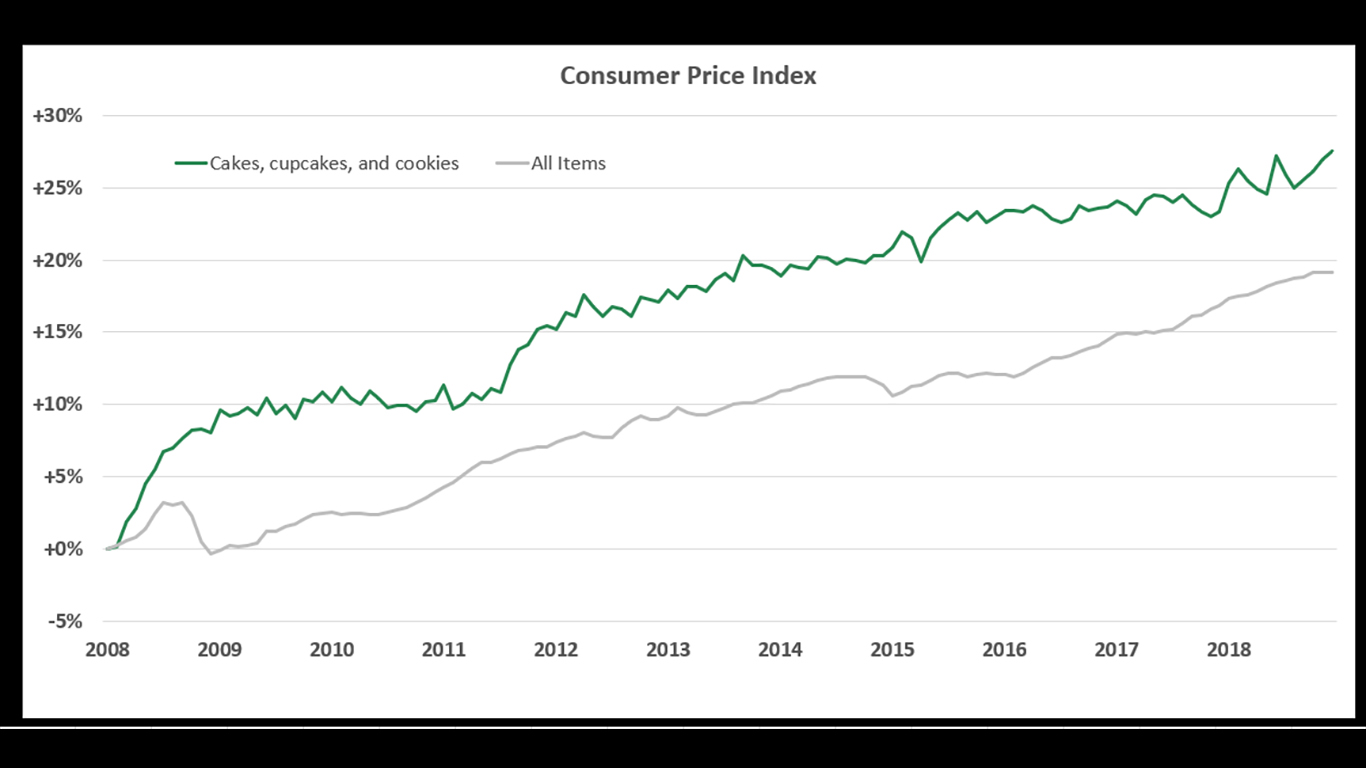 The price of cakes, cupcakes, and cookies rose slightly faster than the price of flour, which is a main ingredient in many of these baked goods. The rising cost of butter has likely contributed to the increase in baked goods prices. The price of butter rose by 43.6% over the last decade, more than nearly any other food item. 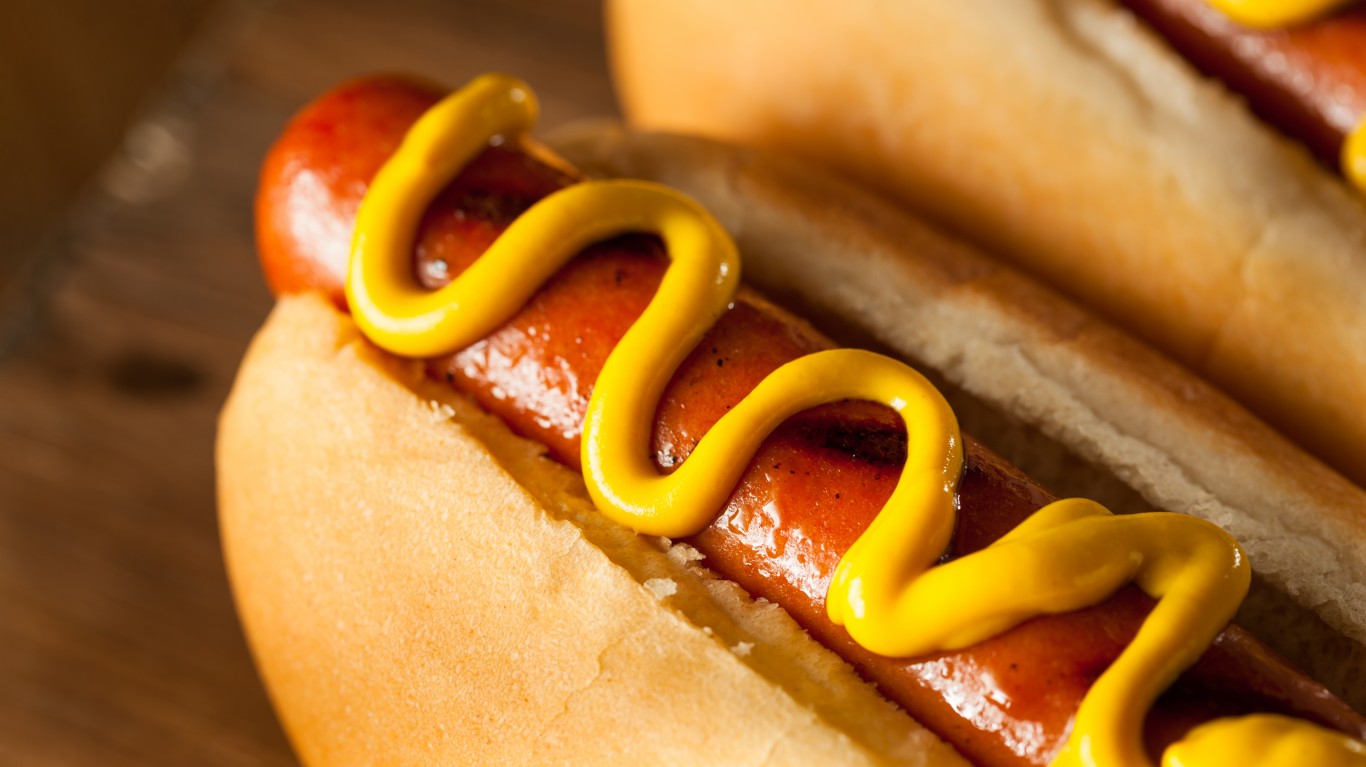 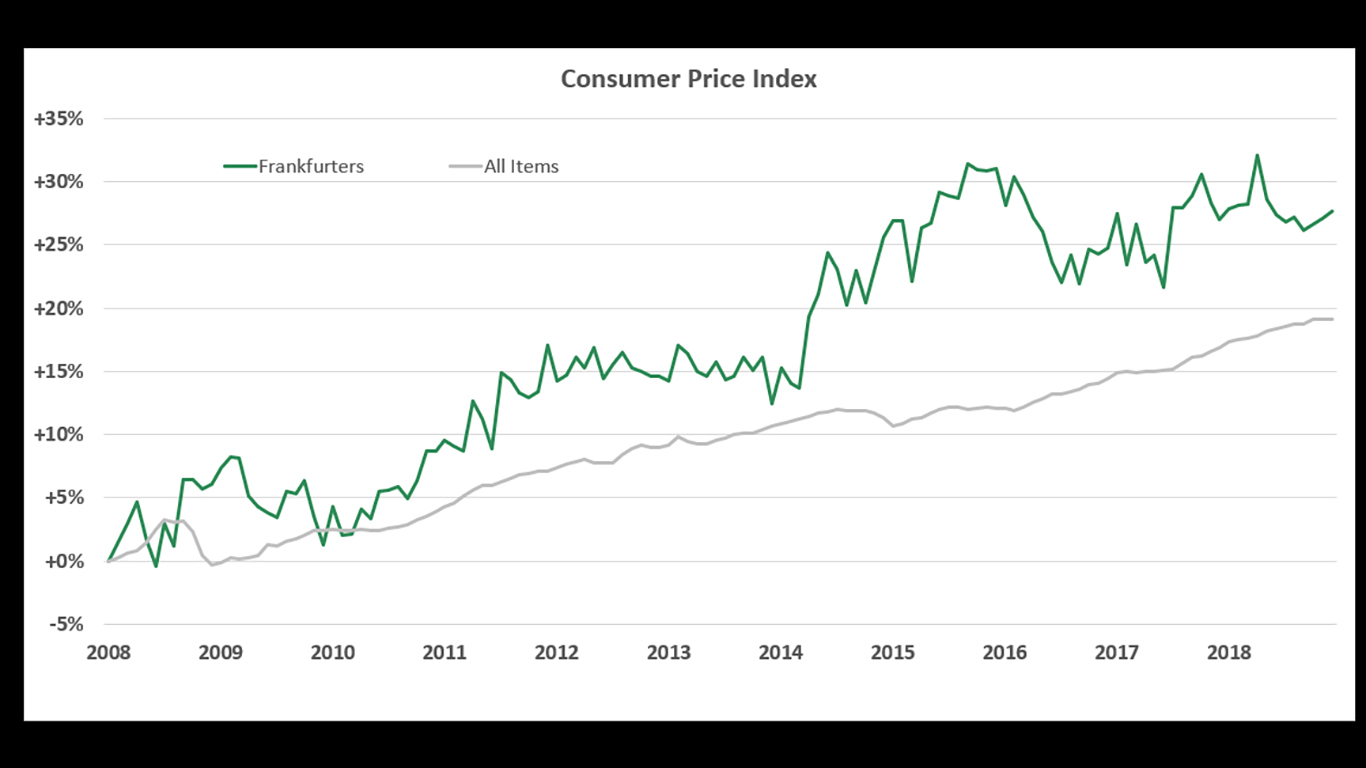 Perhaps no food is as iconically American as the hot dog. According to the National Hot Dog and Sausage Council, Americans consume an average of 70 hot dogs a year — despite the common belief that eating more than two per year is unhealthy.

Frankfurters are one of several meats to rank on this list. In the last decade, the average price of a frankfurter climbed by 27.6%. Frankfurters are traditionally made from pork and beef, the former of which has surged in demand — and price — in recent years. What effect that will have on demand for frankfurters remains to be seen. 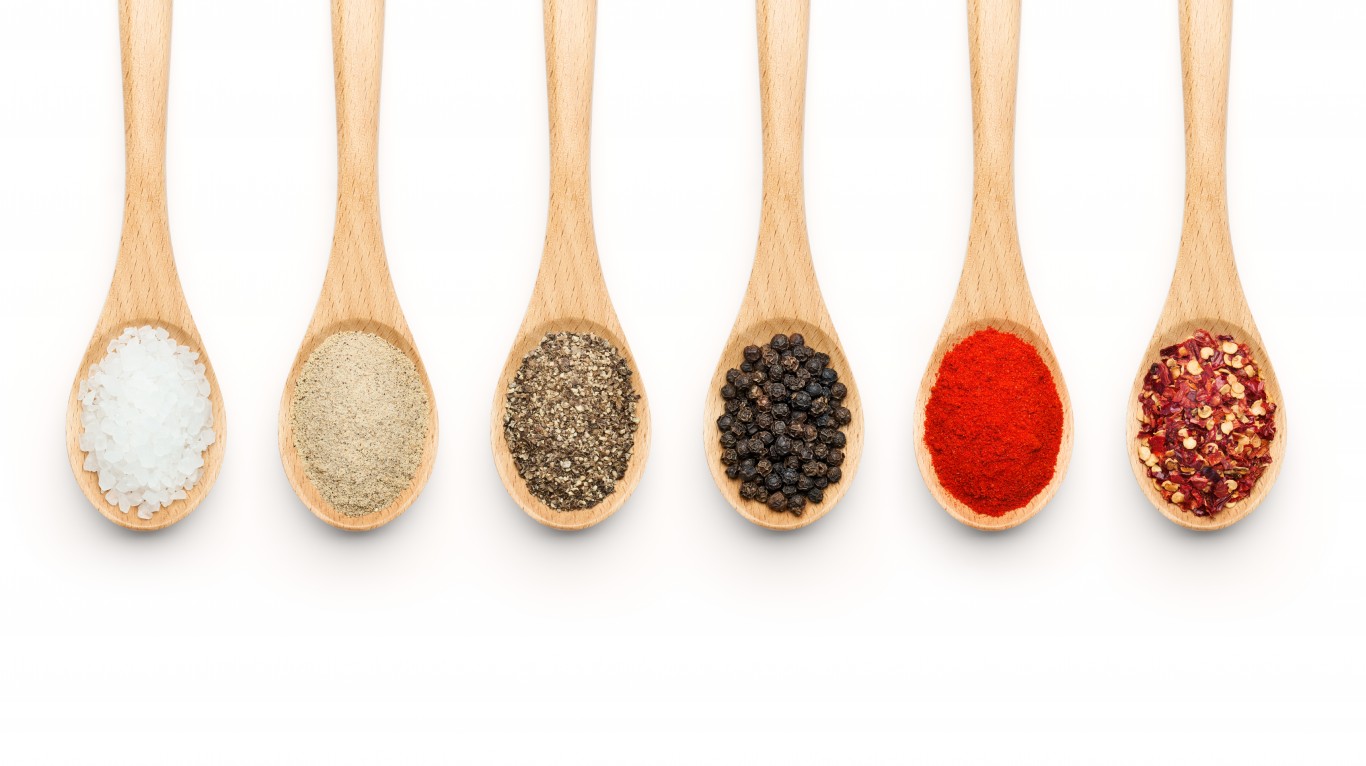 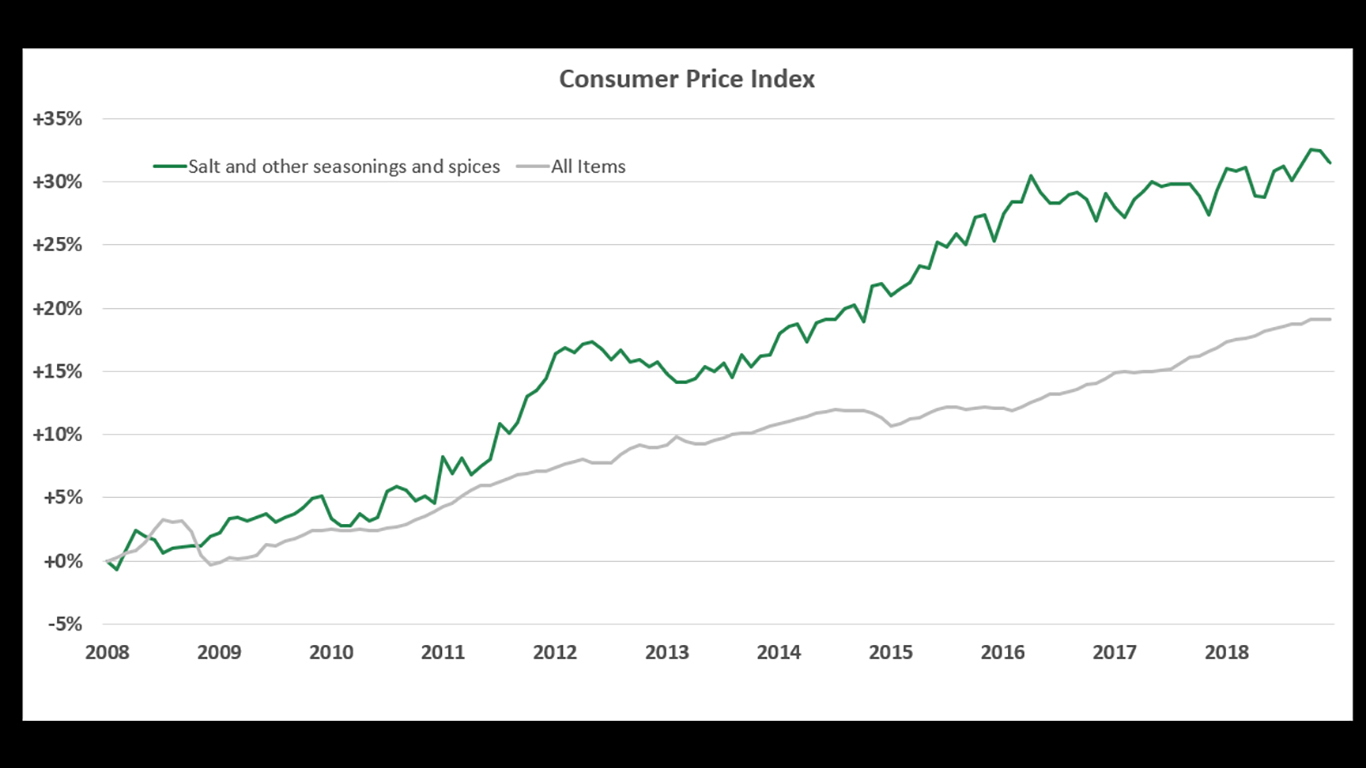 One factor contributing to the increase in the price of salt overall may be the rapid growth of the gourmet salt market, which includes products such as Himalayan salt, sel gris, and fleur de sel. While a rise in price can reduce demand for a consumer good, sodium consumption among Americans has remained largely unchanged over the past 10 years, according to the Centers for Disease Control and Prevention. 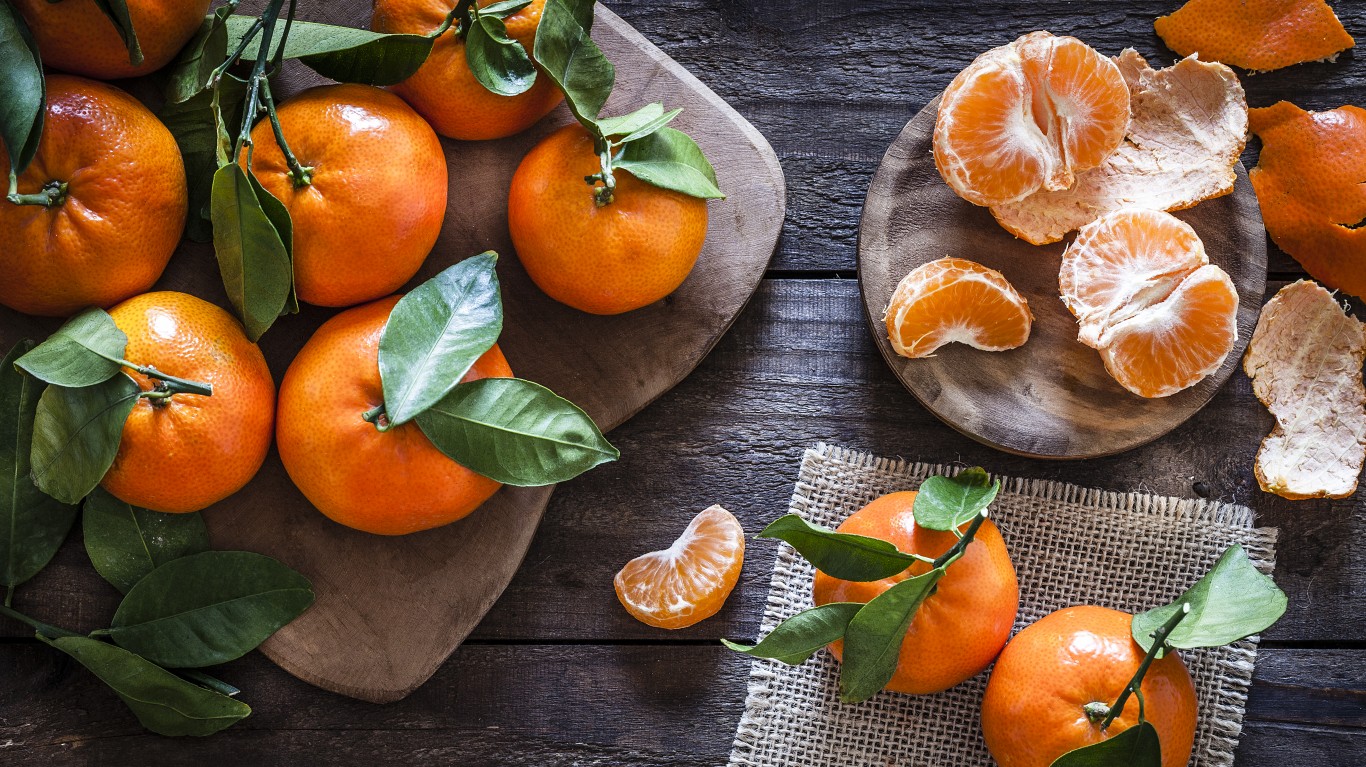 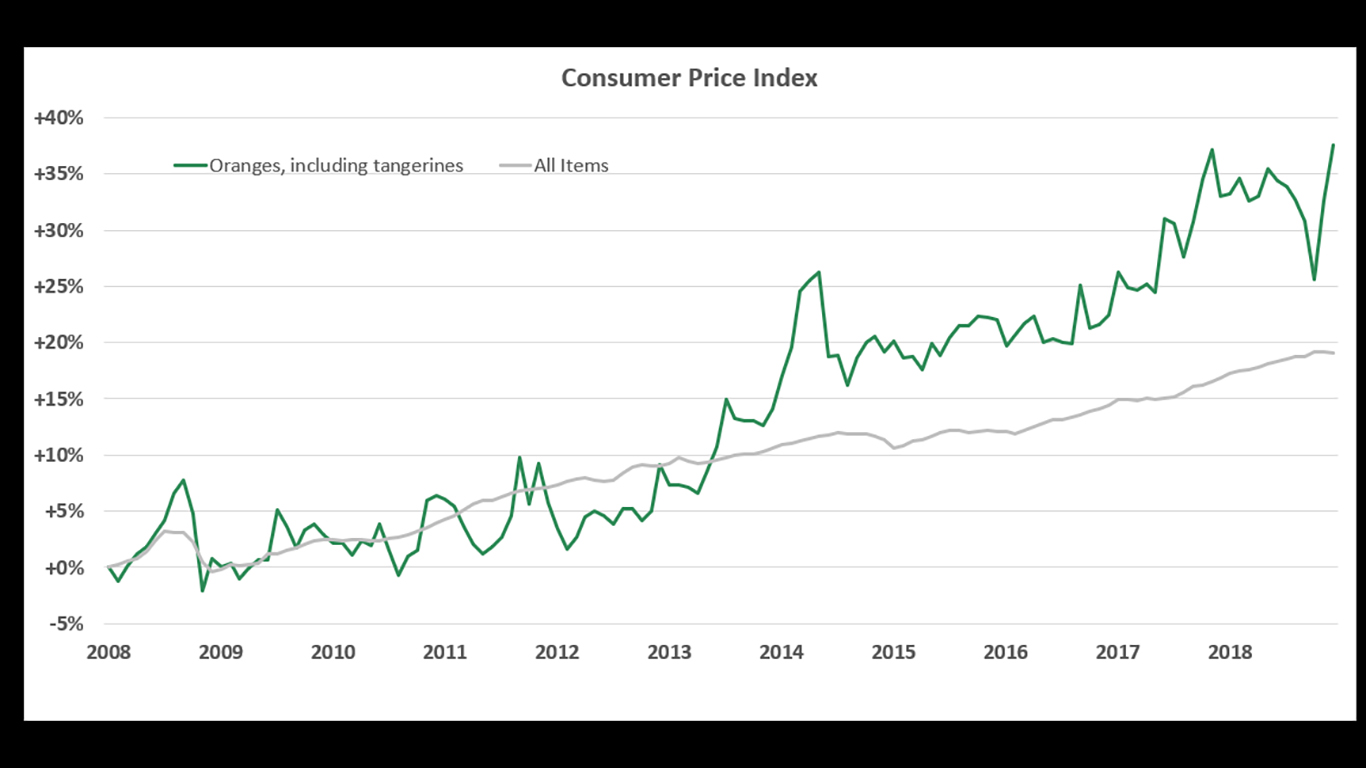 Orange growers in Florida, the largest orange-producing state, have had to deal with several issues in recent years. The state was hit with an incurable disease in 2017 that depleted citrus trees. Hurricane Irma was also a destructive force that year. While Florida’s crops are recovering, the state is also facing now international competition from countries such as Brazil.