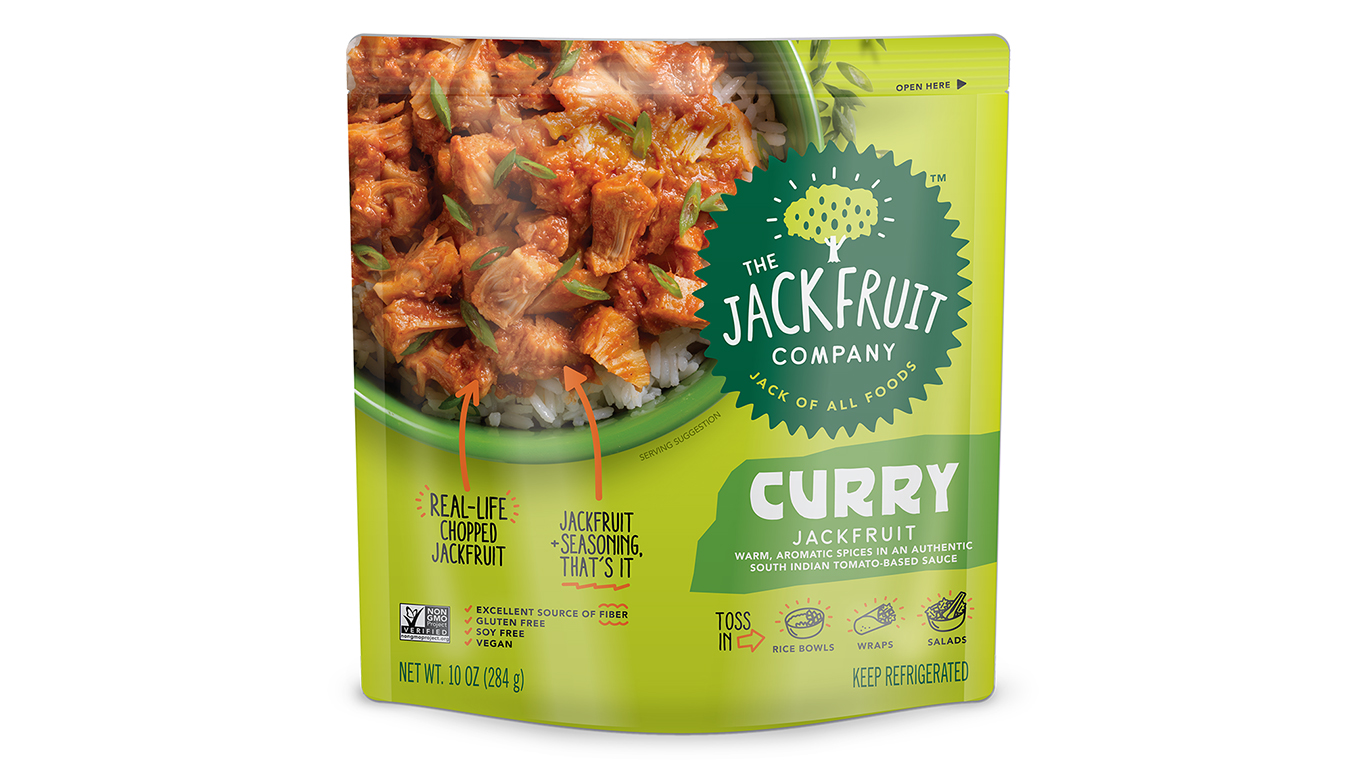 Source: Courtesy of The Jackfruit Company

Jackfruit is an oversize, yellow-fleshed, tropical “miracle fruit” that’s become trendy over the last several years as a meat substitute. Trader Joe’s knows a trend when it sees one, and has produced a curry made from the fruit for its frozen food line — a Thai-style coconut-milk-based vegan dish, combining the fruit with eggplant and red bell pepper. Upton Naturals gives it the Thai curry treatment, too, while another producer, The Jackfruit Company, has a curry that includes chickpeas, spinach, and quinoa. 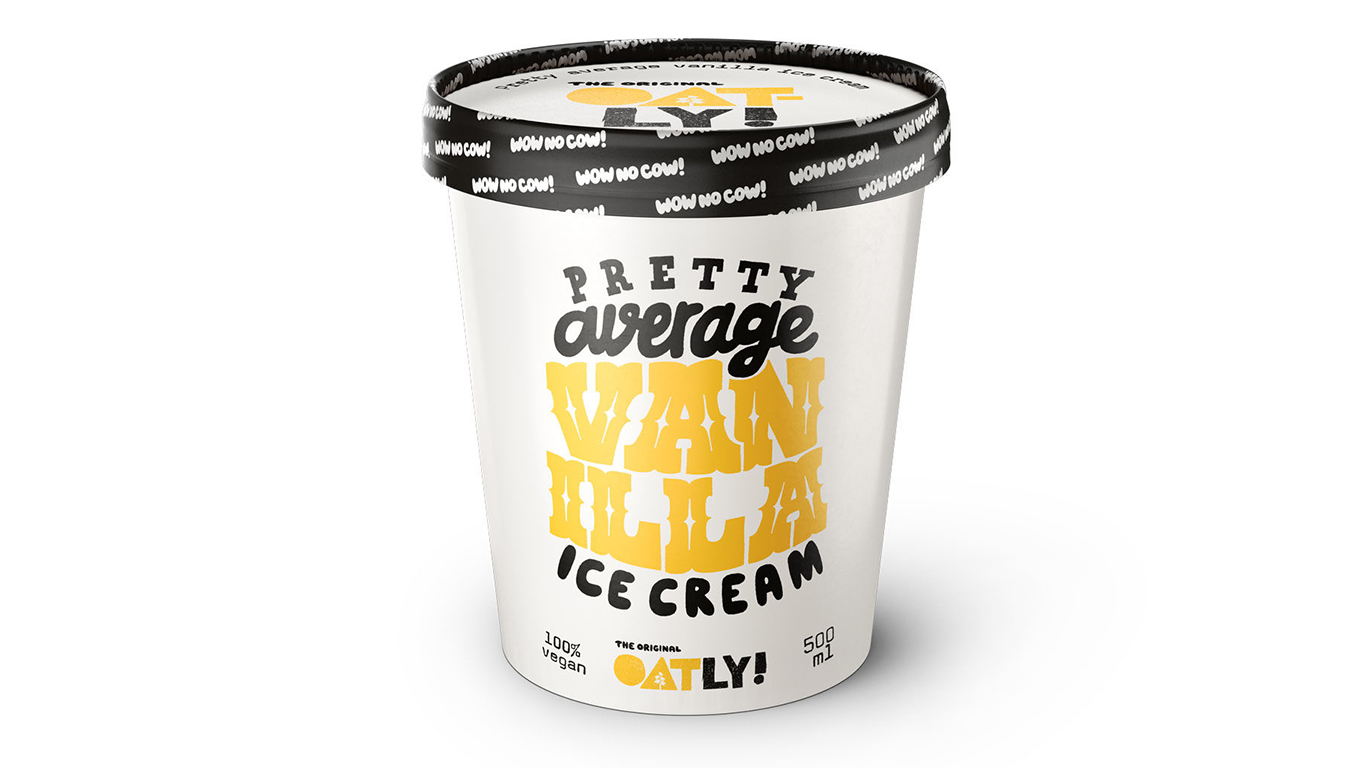 “Milk” made not just from soy but from rice, peas, and a variety of nuts has been on the market (and in people’s lattes) for a while now — but the latest non-dairy trend is oat milk, popularized by a Swedish company called Oatly. Last year, Oatly launched a line of oat-based ice creams (flavors include Pretty Average Vanilla, Totally Basic Chocolate, and Really Posh Salty Caramel Hazelnut), on their way to the U.S. market but not yet available here. In the meantime, though, another company, So Delicious, is selling its own line of oat milk frozen desserts in such varieties as Caramel Apple Crumble and Peanut Butter and Raspberry. 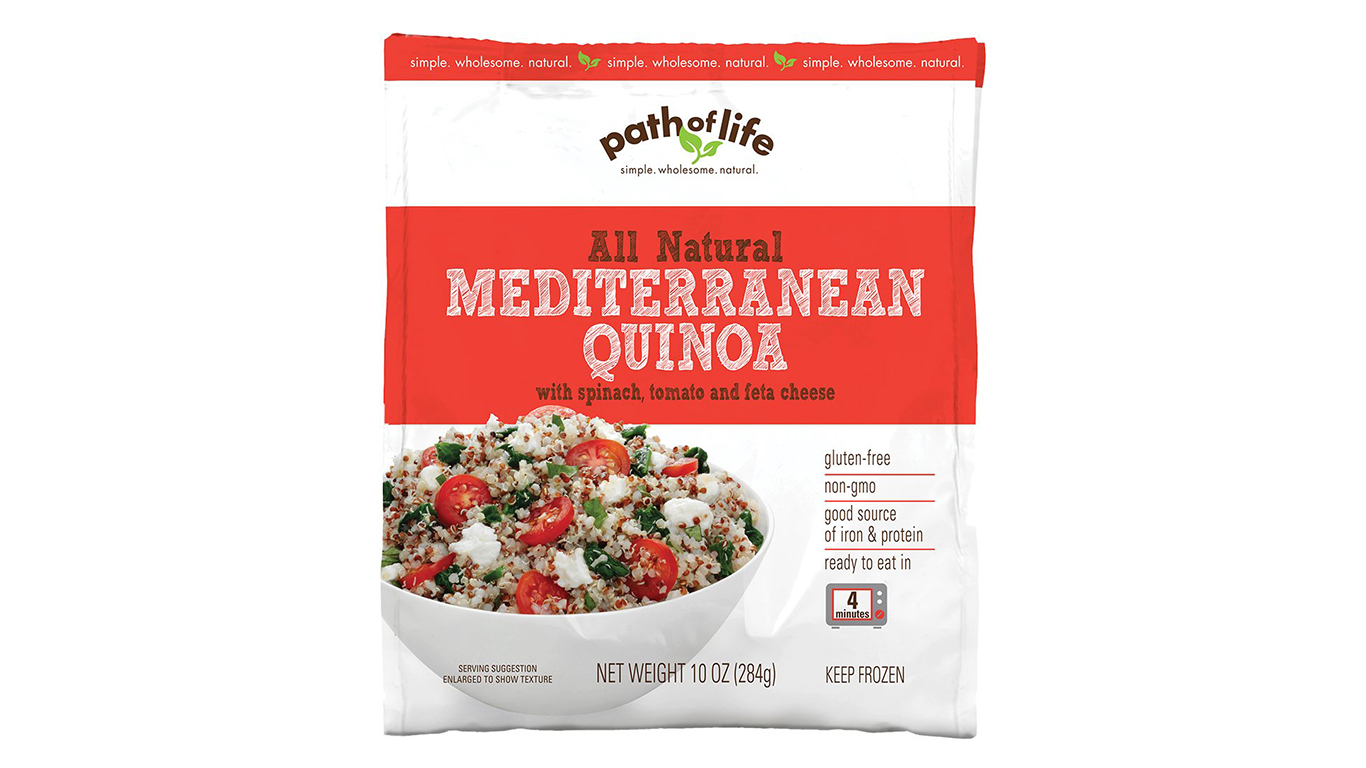 Almost nobody in America had ever heard of quinoa — much less known how to pronounce it — until the early years of the 21st century, though this ancient “grain” (it’s actually not a grain botanically, but a seed from a plant related to spinach) has been a dietary staple in the Andes for 5,000 years. These days it ends up in Buddha bowls (see above) and combined with all kinds of vegetables as a side dish. A variety of frozen food producers now offer such options as white quinoa, red quinoa, Mediterranean quinoa, Asian-style quinoa, Southwest quinoa, and of course many combinations of quinoa and kale. 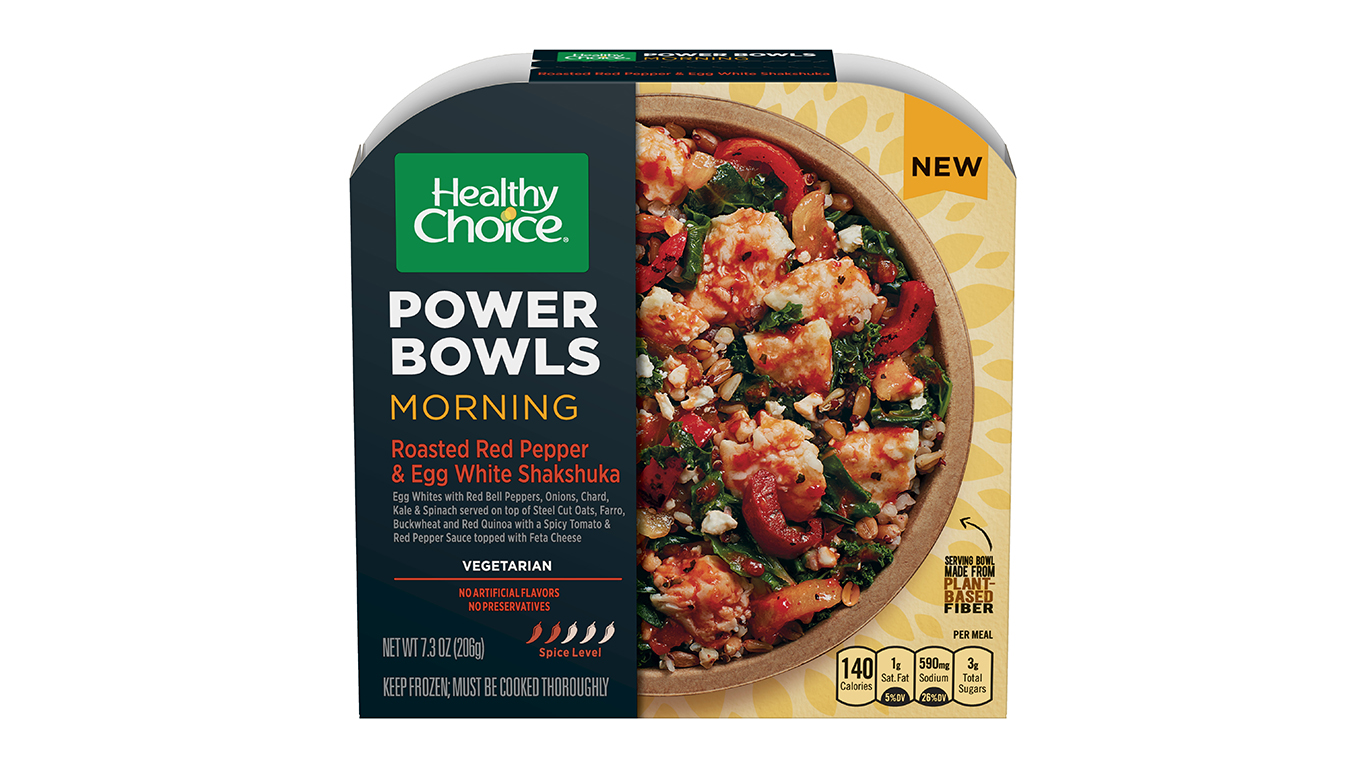 One of Israel’s most famous dishes (it is also popular in Tunisia and elsewhere in the Middle East), shakshuka consists of eggs cooked with tomato sauce, peppers, onions, and various herbs and spices. Credit for its recent popularity in the U.S. — which started growing only after 2010 — is often given to the London-based Israeli chef Yotam Ottolenghi, who gave a recipe for it in his award-winning 2010 cookbook “Plenty.” Healthy Choice sells a Roasted Red Pepper & Egg White Shakshuka as one of its Power Bowls — and, considering accelerated interest in the dish, other companies are likely to follow soon. 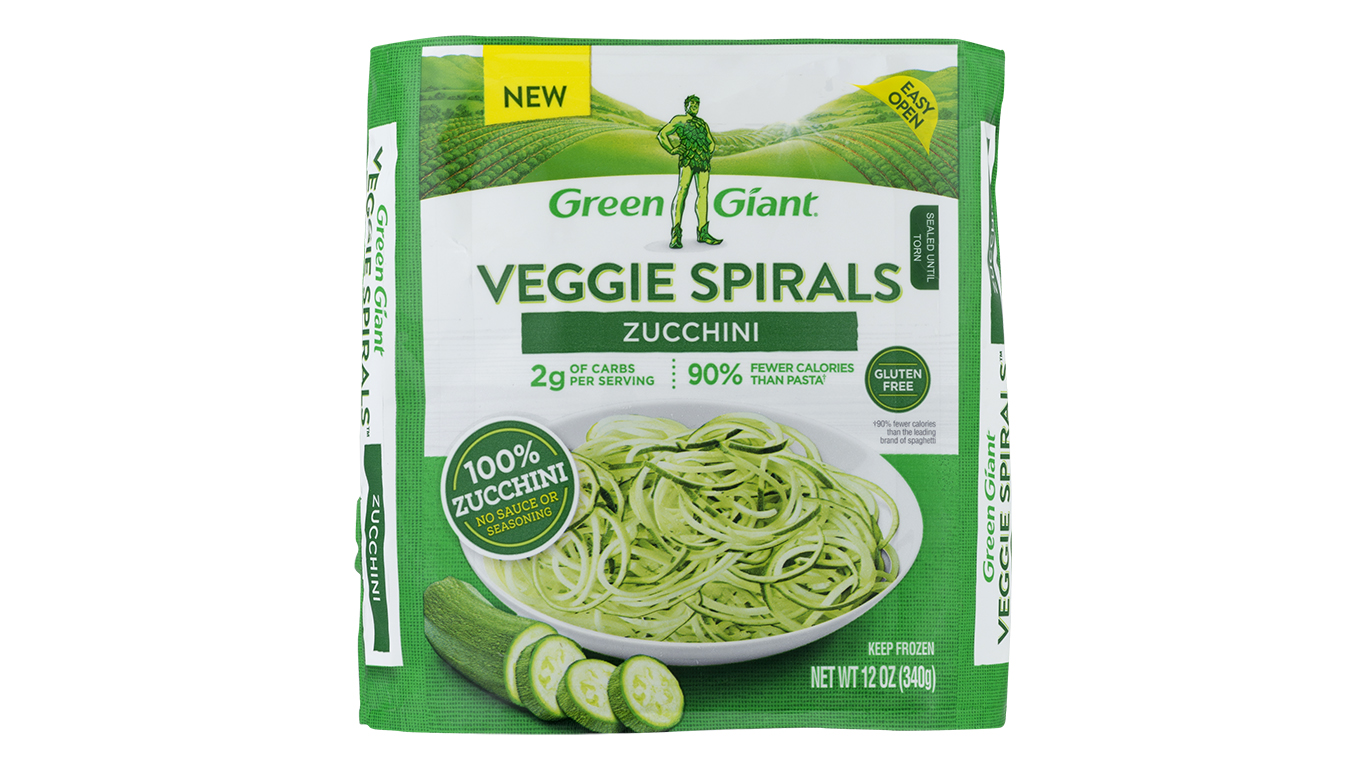 Spiralized vegetables — sometimes called “zoodles” or veggie spirals — were something of a rarity until 2014. Produced with a mandoline-like implement called the spiral vegetable slicer or spiralizer, they’re basically long, thin vegetable noodles that can be eaten raw, cooked (and sauced) like pasta, or added to bowls and other combination dishes. While she didn’t invent the implement or the concept, New Jersey blogger Ali Maffucci is given credit for popularizing spiralized vegetables. Trader Joe’s, Birds Eye, Veggie Noodle Co., Costco’s Grain & Simple, and the ubiquitous Green Giant are among the brands that sell these vegetables in frozen form.