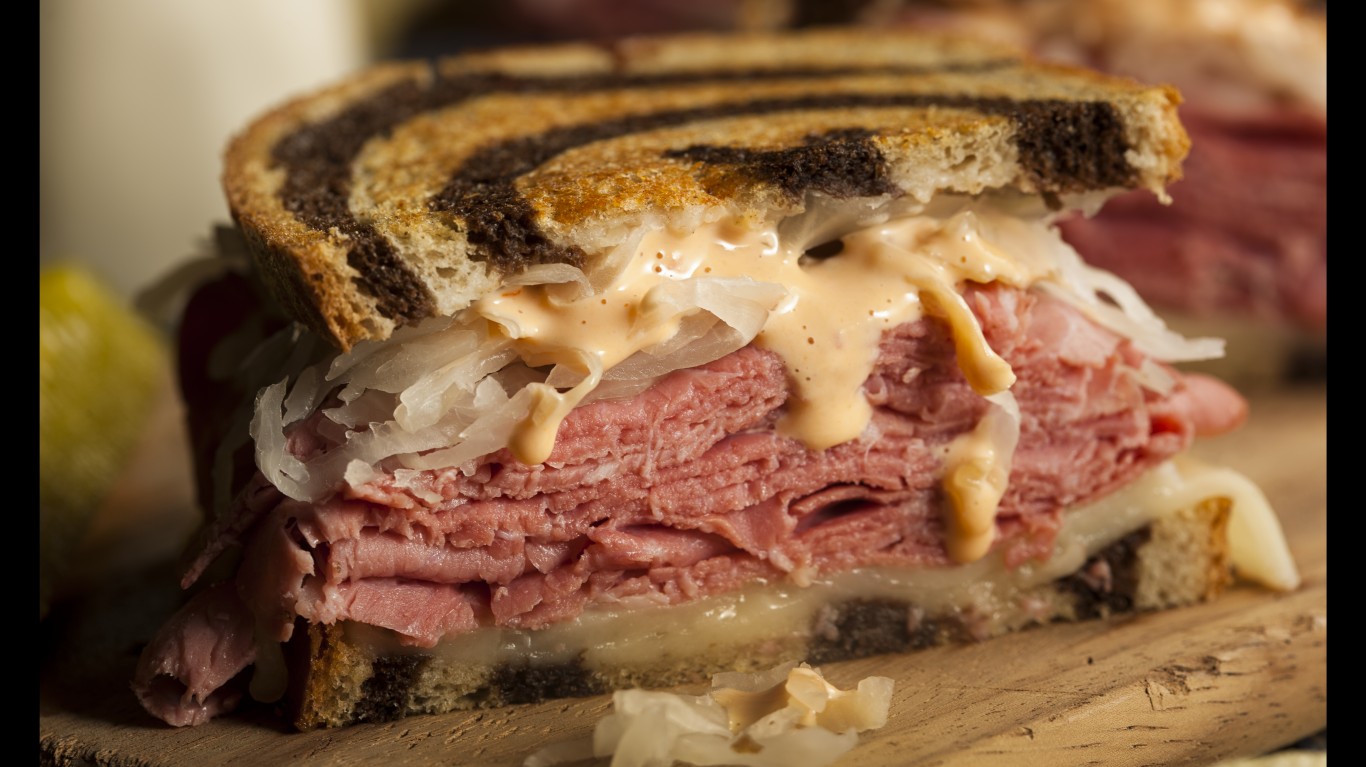 Invented in the 1920s, either by an Omaha hotel chef named Reuben Kulakofsky or by a Manhattan deli owner Arnold Reuben (most sources favor the former), the Reuben is an elaborate construction of sliced corned beef, Swiss cheese, sauerkraut, and Thousand Island dressing on Russian-style rye bread. It’s often built to a towering height. 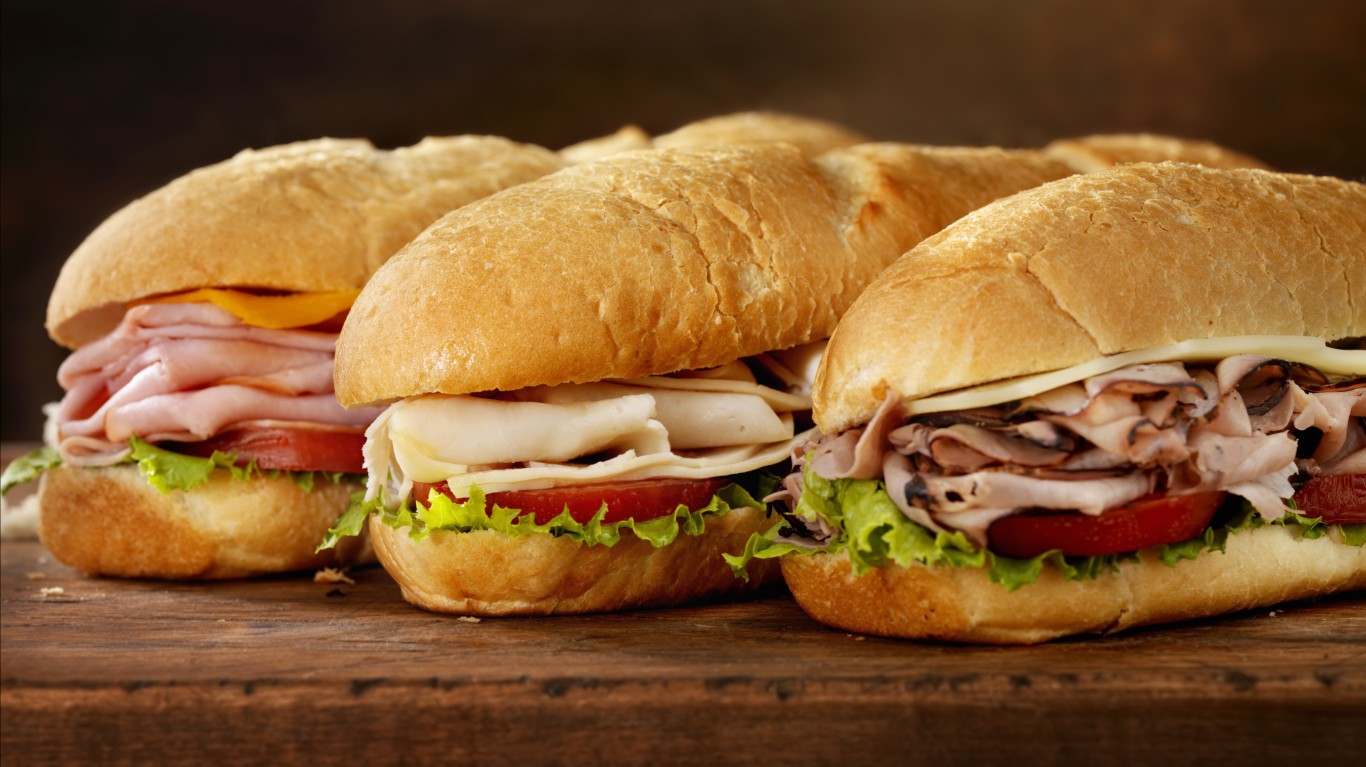 Known variously in different regions by a variety of names, including the grinder, the hoagie, the spukie, or the Italian sandwich, this Italian-American deli specialty has New England origins. The original submarine — or just sub — sandwich was likely produced by an Italian immigrant to New London, Connecticut, named Benedetto Capaldo, who is said to have had a baker make him special 12-inch rolls, which he filled with salami and chopped lettuce dressed with olive oil. The sandwich may have gotten its name from its submarine-like shape, or from the fact that Capaldo made the sandwiches by the hundreds for sailors at New London’s massive submarine navy base. Today’s classic subs are filled with assorted Italian-style deli meats (salami, prosciutto, capicola, sopressata, etc.), one or more cheeses, lettuce and tomatoes, and often other vegetables, including green peppers and onions. 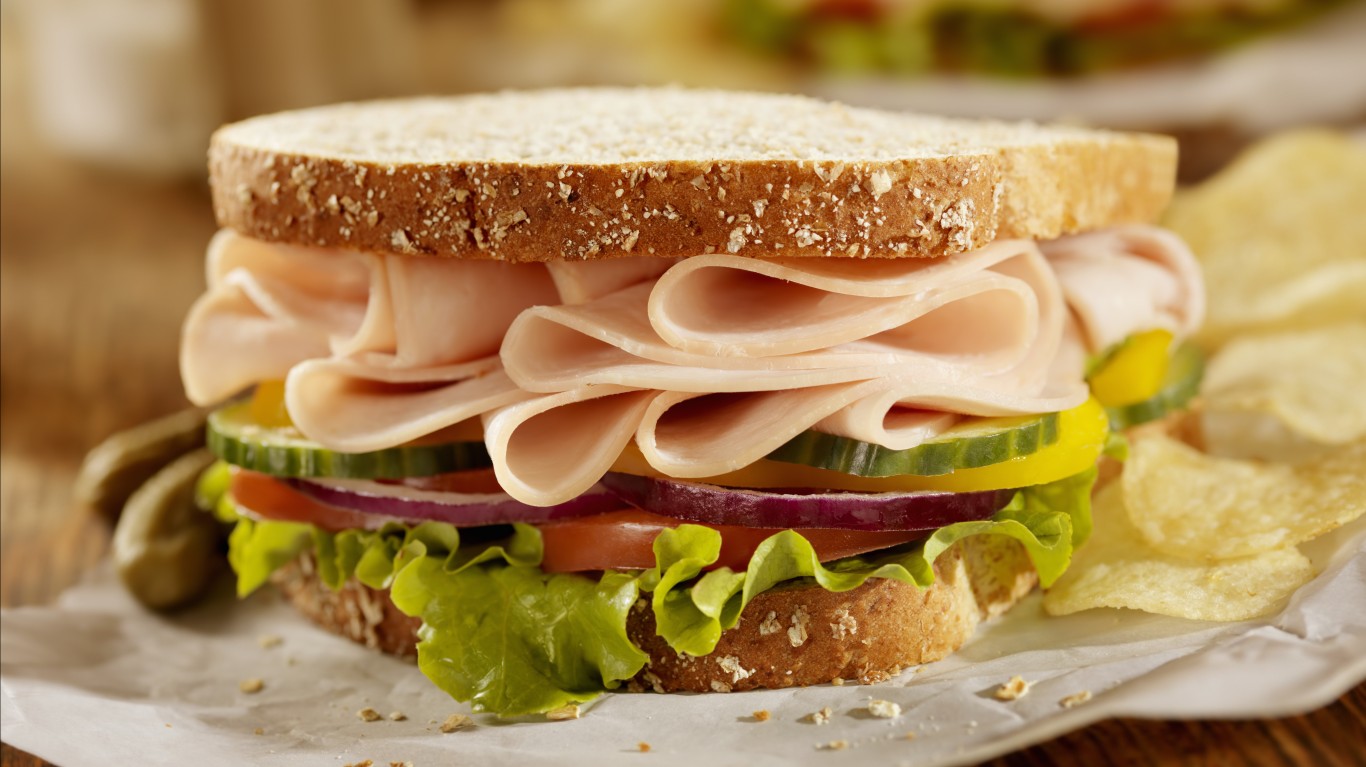 Turkey is the most popular sandwich meat in America, according to a 2014 survey. Most of that meat is probably processed deli turkey, which can be a little viscous on its surface and not very flavorful — though some places slice house-roasted turkey for their sandwiches, which makes a big difference in texture and flavor. Adding cheese and/or a flavorful dressing like pesto or aïoli helps elevate a turkey sandwich, too. A variation that was once a lunch counter favorite but isn’t seen much any more is the open-face hot turkey sandwich — sliced turkey on white bread, covered with gravy. 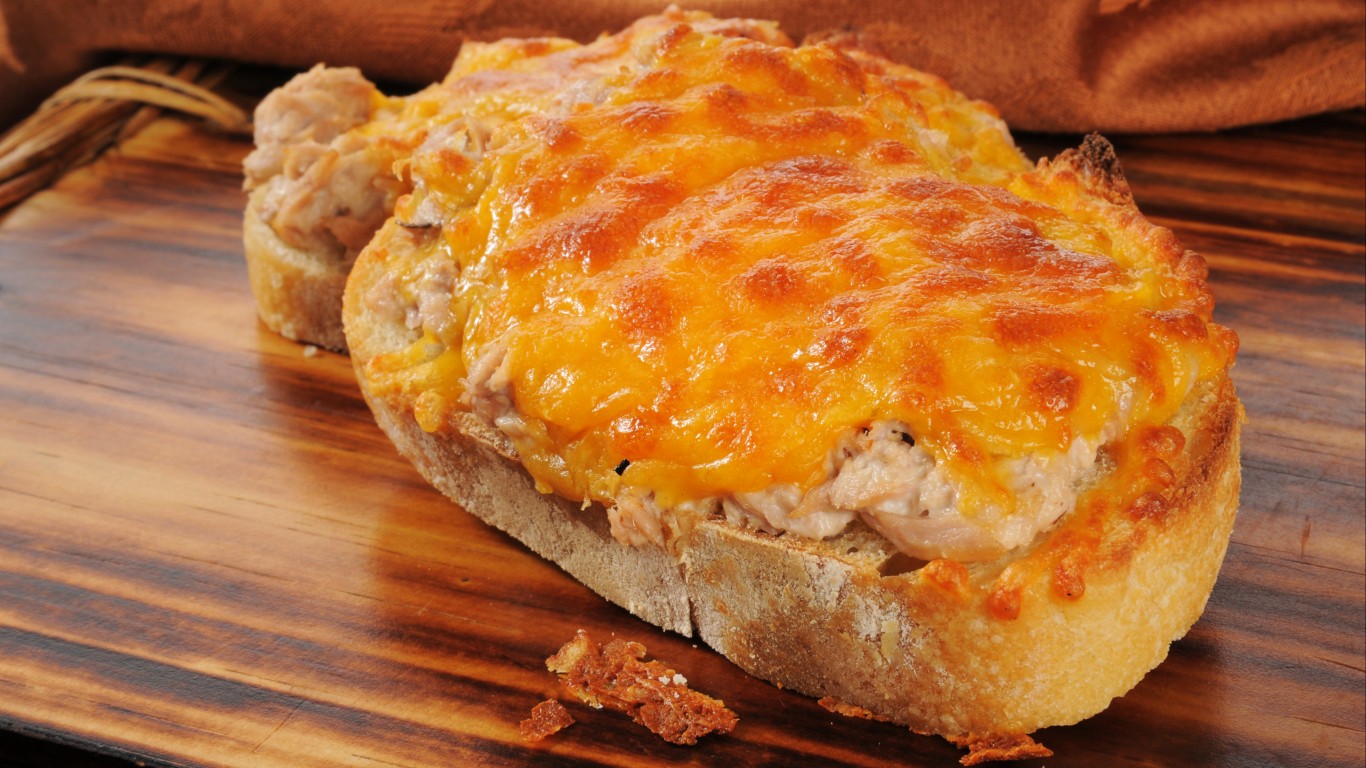 Canned tuna became available in America in the early 20th century, and by the 1920s, tuna salad sandwiches were popular. Versions served open-face with melted cheese on top appeared as early as 1946, but the closed tuna melt sandwich — in effect a tuna grilled cheese — most likely appeared for the first time in the 1960s or ’70s. Cookbook author Jean Anderson cites a fellow food writer as positing that the creator of the sandwich “may have been a dormitory coed with a toaster-oven.” 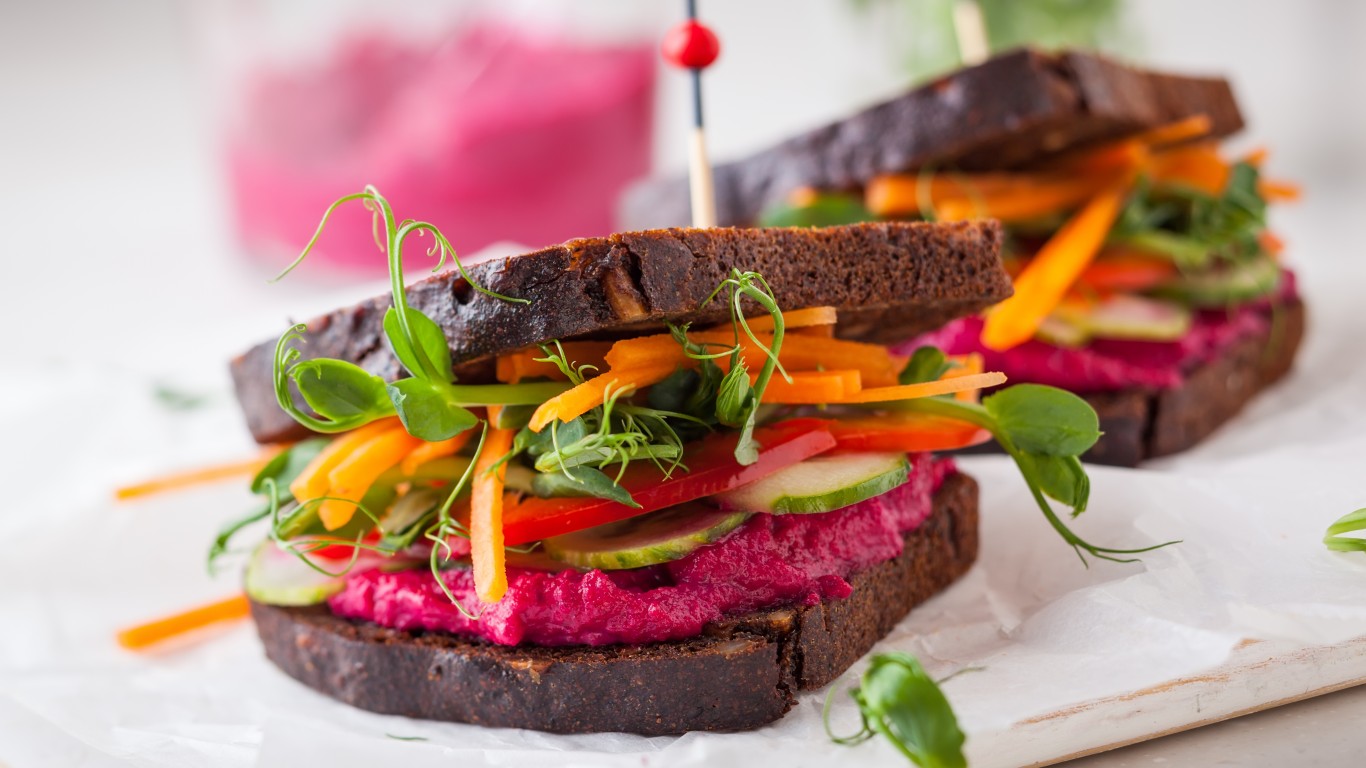 Though most of America’s favorite sandwiches, other than peanut butter and jelly and grilled cheese, involve meat, poultry, or seafood, vegetable sandwiches of various kinds are becoming more popular. Greens including lettuce, arugula, and spinach are just the start. Avocado (and guacamole), grilled eggplant or zucchini, fried or caramelized onions, smashed chickpeas or beans, cucumber, bell peppers, assorted sprouts, and hummus, often with cheese added, are just some of the possibilities. Eggs and tofu expand the meatless options still further. And to end on a vegetarian note, here are some bacon-flavored food the world simply doesn’t need.