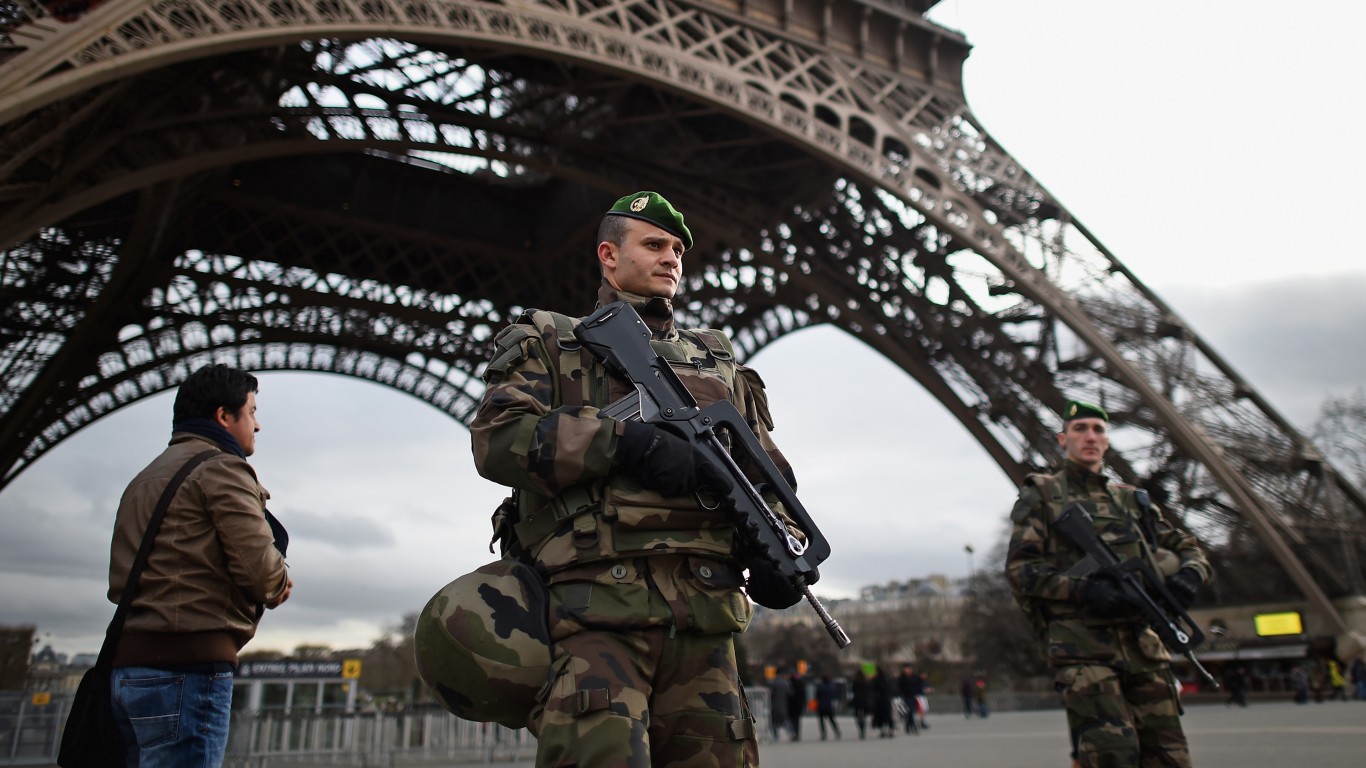 France spent $63.8 billion on its military in 2018, $13.8 billion more than the United Kingdom, the next biggest spender in Europe. In part because of Russia’s substantial recent decline in spending, France is now one of the five largest military spenders in the world. In early 2019, the French minister of the armed forces reiterated the nation’s intention to become a world power in cyber warfare operations. 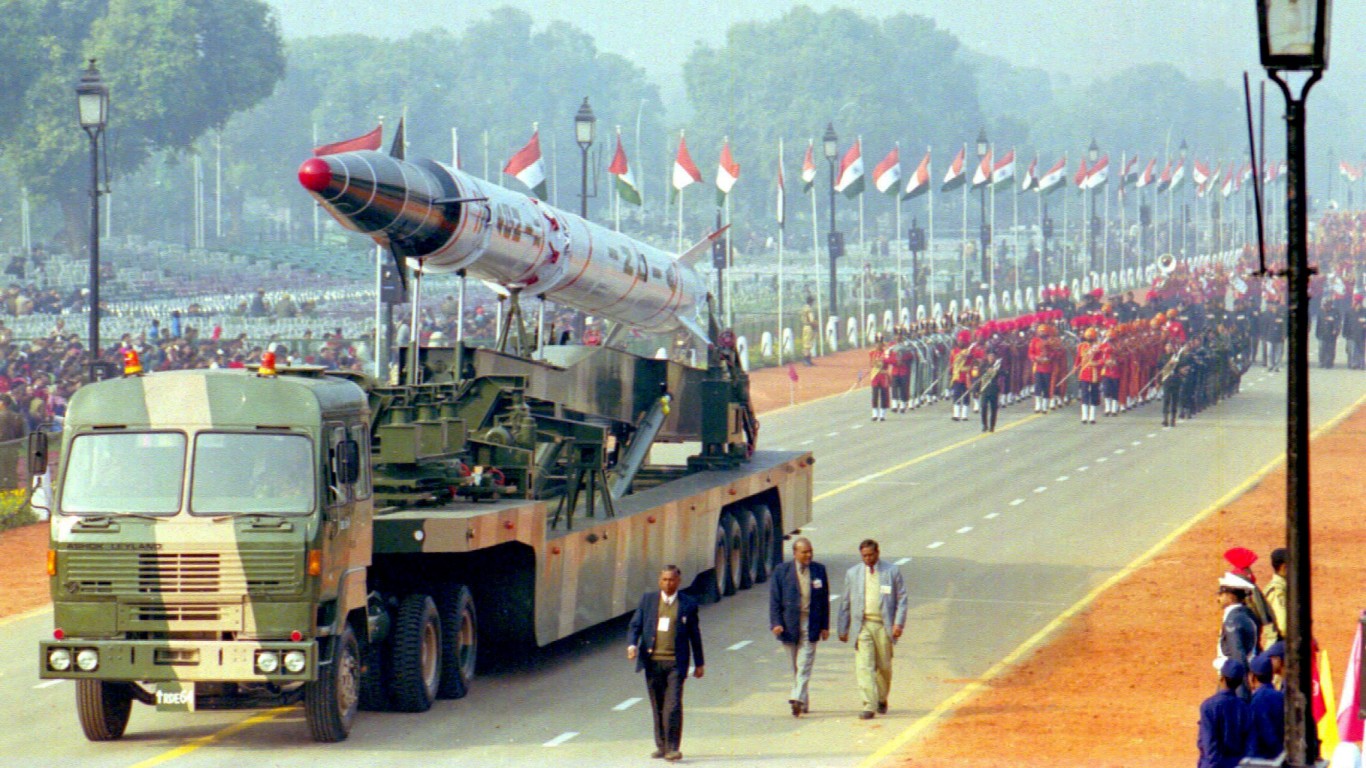 Though India spends just $50 per person on its military, far less than any other country on this list, the nation of over 1.3 billion people is still among the top military spenders in the world. India has continued to build up its military amid a long-running dispute with neighbor Pakistan over the Kashmir region. Both countries may be ramping up their nuclear weapons, which could partially explain India’s above-average military expenditure as a percentage of its GDP. 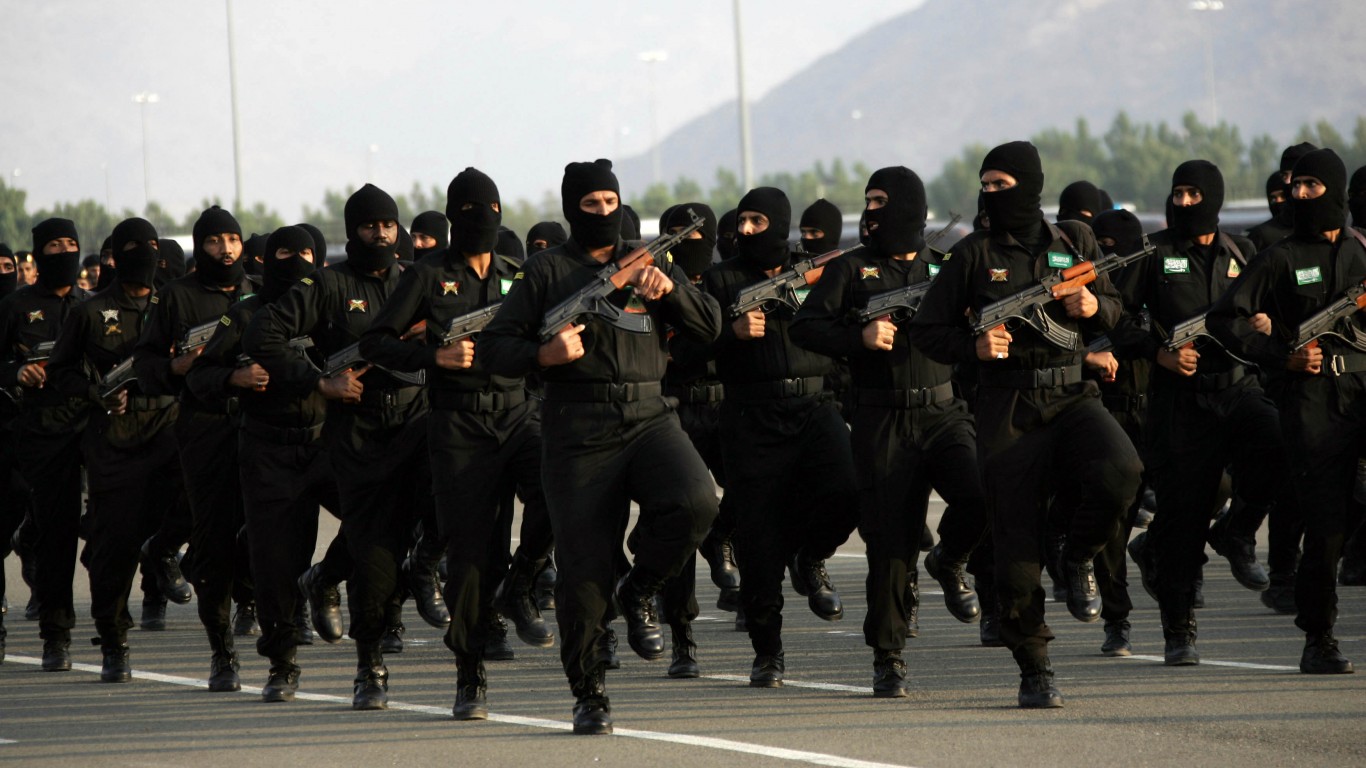 The Saudi government spent $67.8 billion on its military in 2018. The country secured an arms deal worth over $0.5 billion with the United States in March 2018. The United States will supply its Middle Eastern ally with nearly 6,700 missiles as well as maintenance equipment for American-made tanks and helicopters. Saudi Arabia spends 8.8% of its GDP on its military, by far the highest percentage of any country on this list and one of the highest in the world. 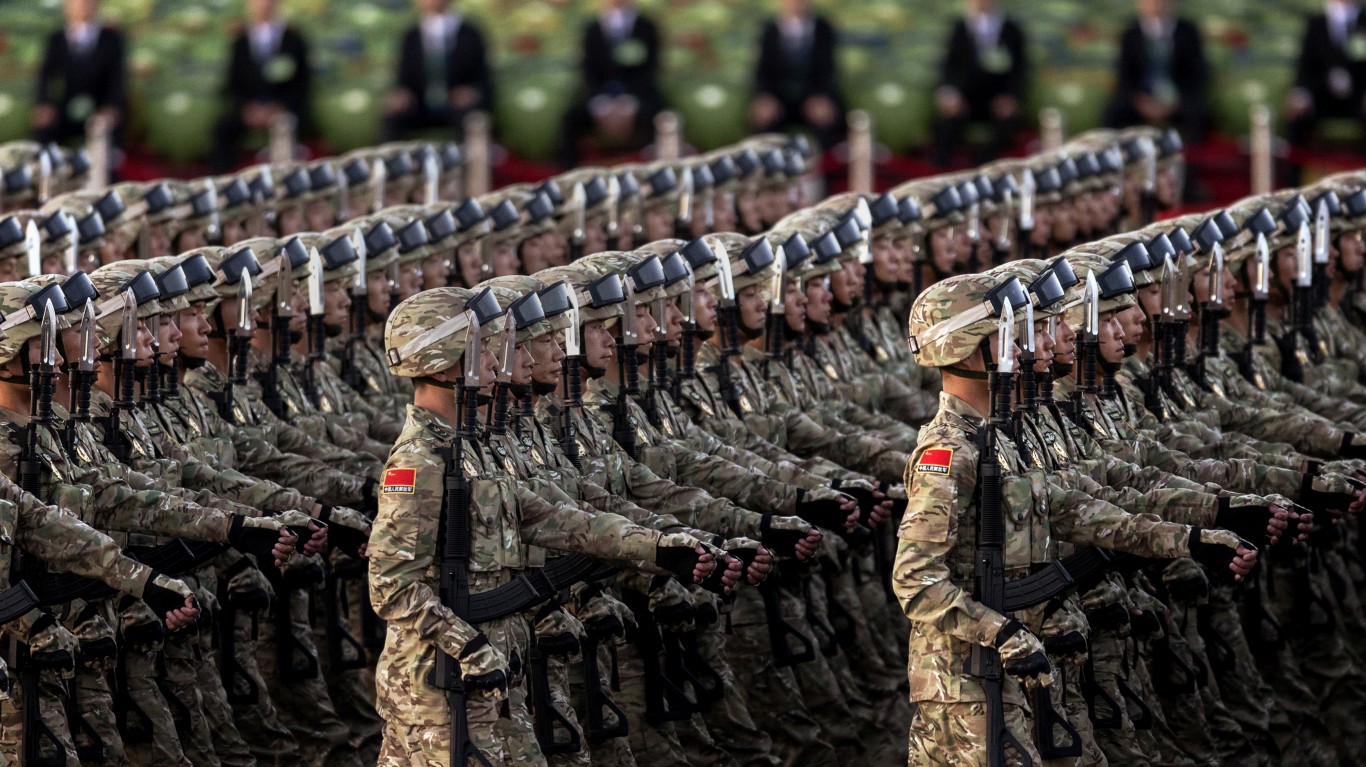 No major military power has ramped up its military like China in the past decade. Since 2009, the nation’s military expenditure has increased by 83%, and this year represents the 24th straight year of growth in military spending. The world’s most populous nation requires males ages 18-22 years old to serve in the military for at least two years and has an armed forces size of 2.7 million personnel. China is also bulking up its navy — its second aircraft carrier is near completion. 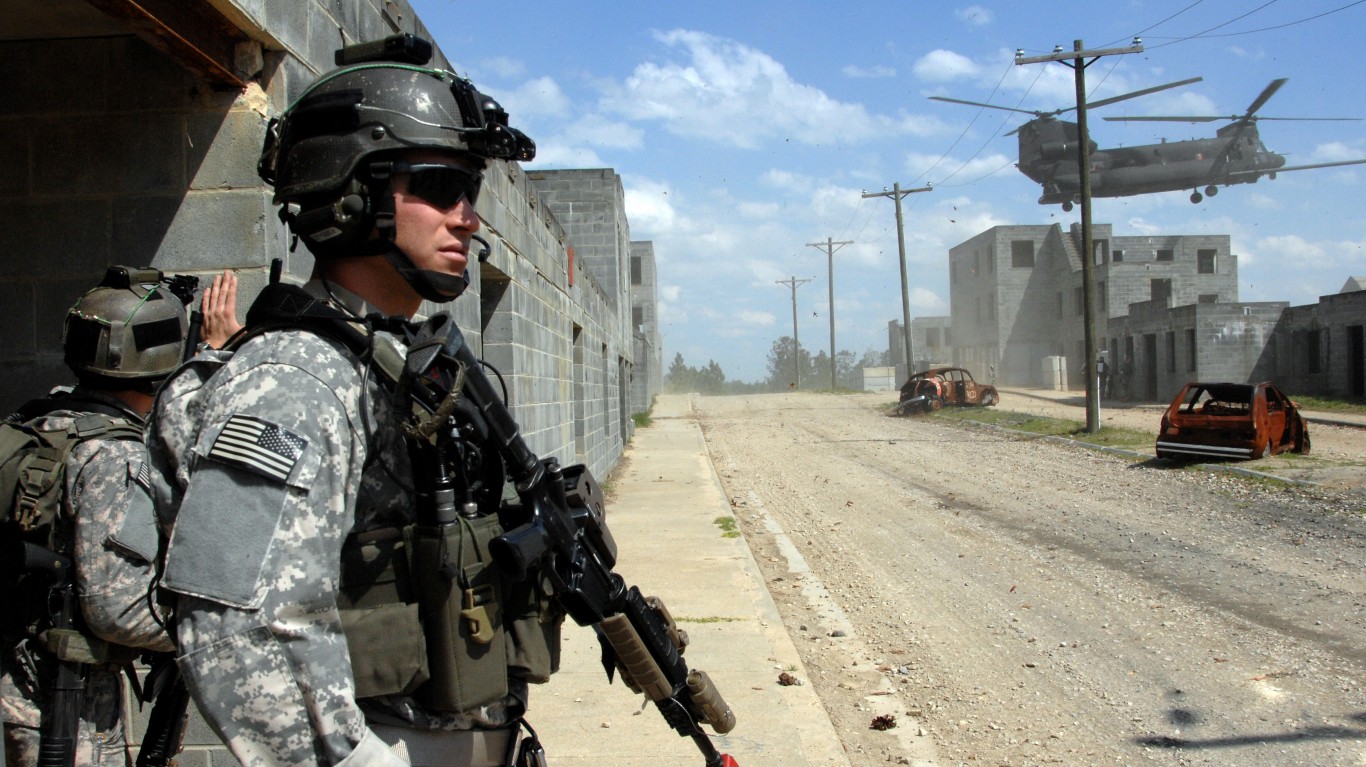 The United States has by far the best funded military in the world. The U.S. government spends more on its military than the next seven highest spending countries combined. More than one-third of the world’s entire military spending comes from the United States. The American military’s footprint can be found in hundreds of bases in dozens of countries around the world. Though it still spends far more than any other country, America’s $649 billion military expenditure in 2018 was 17% lower than it was 10 years ago. The decrease was likely in large part the result of the end of the Iraq War and the decline in spending on the war in Afghanistan.