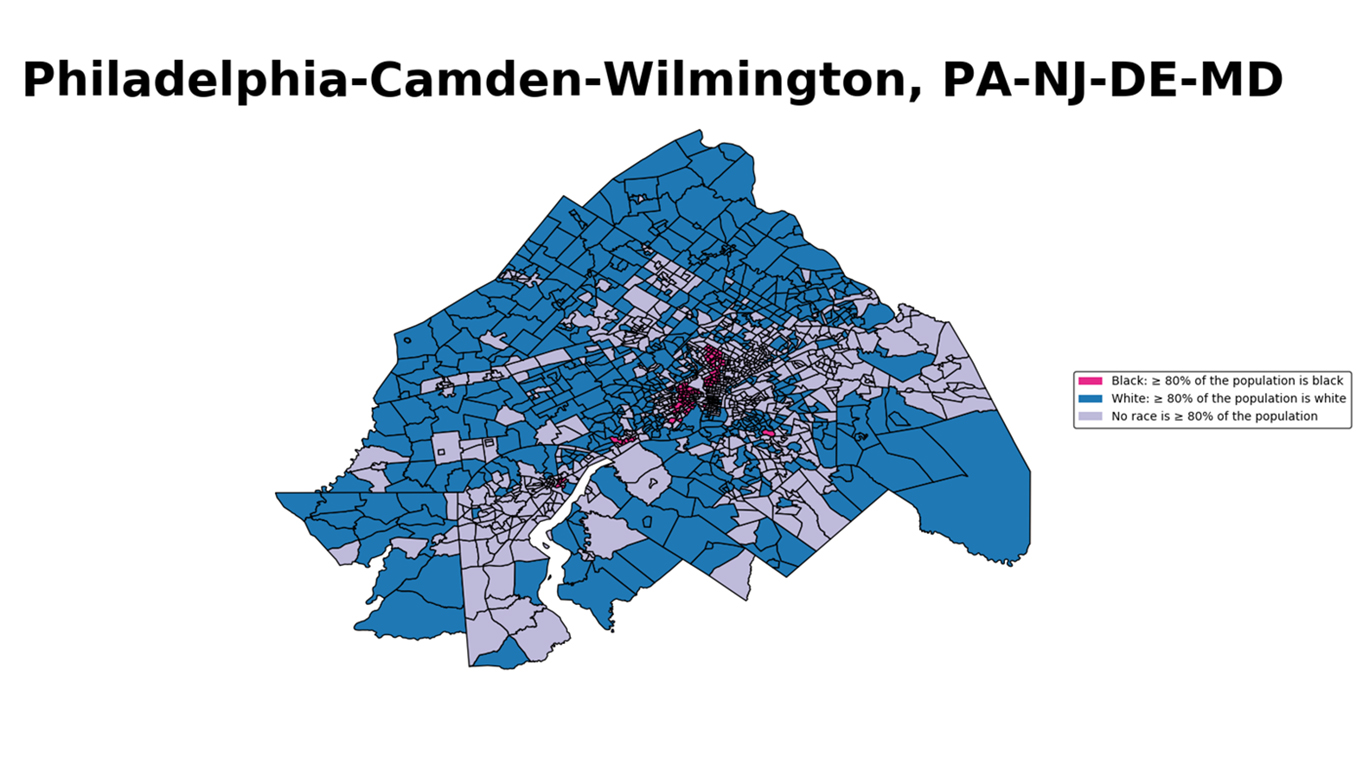 While nationwide 16.8% of black Americans live in predominantly black neighborhoods, in Philadelphia, 30.2% of black residents do. Like many major Northeastern U.S. cities, much of Philadelphia’s segregation is rooted in discriminatory housing policies established by the Federal Housing Administration in the early 20th century and continue to delineate social inequalities throughout the metro area today. 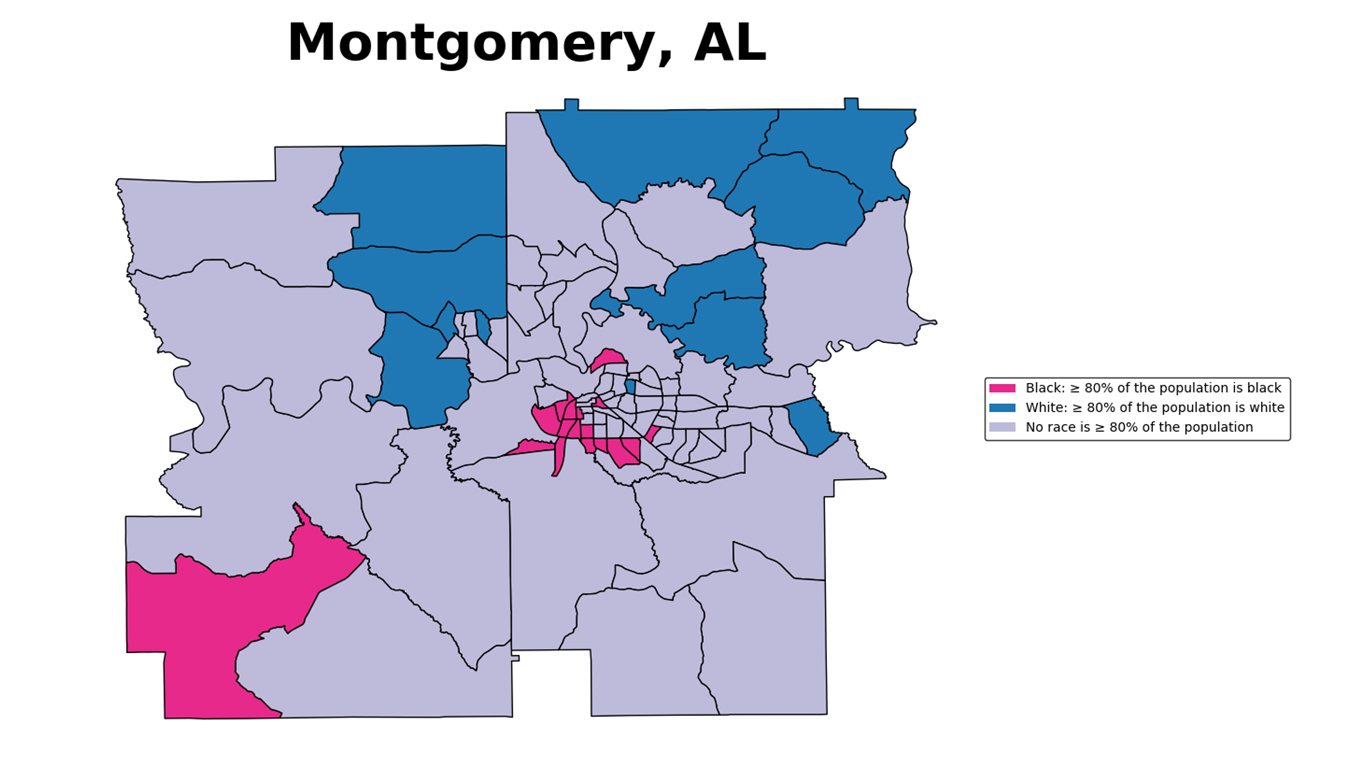 Like many segregated cities, urban renewal and highway infrastructure projects in Montgomery in the mid-20th century, such as the construction of interstate 65 and 85, displaced hundreds of black families and cut off minority communities from the larger metro area. Today, Montgomery’s predominantly black neighborhoods are still clustered around the intersection of I-65 and I-85. 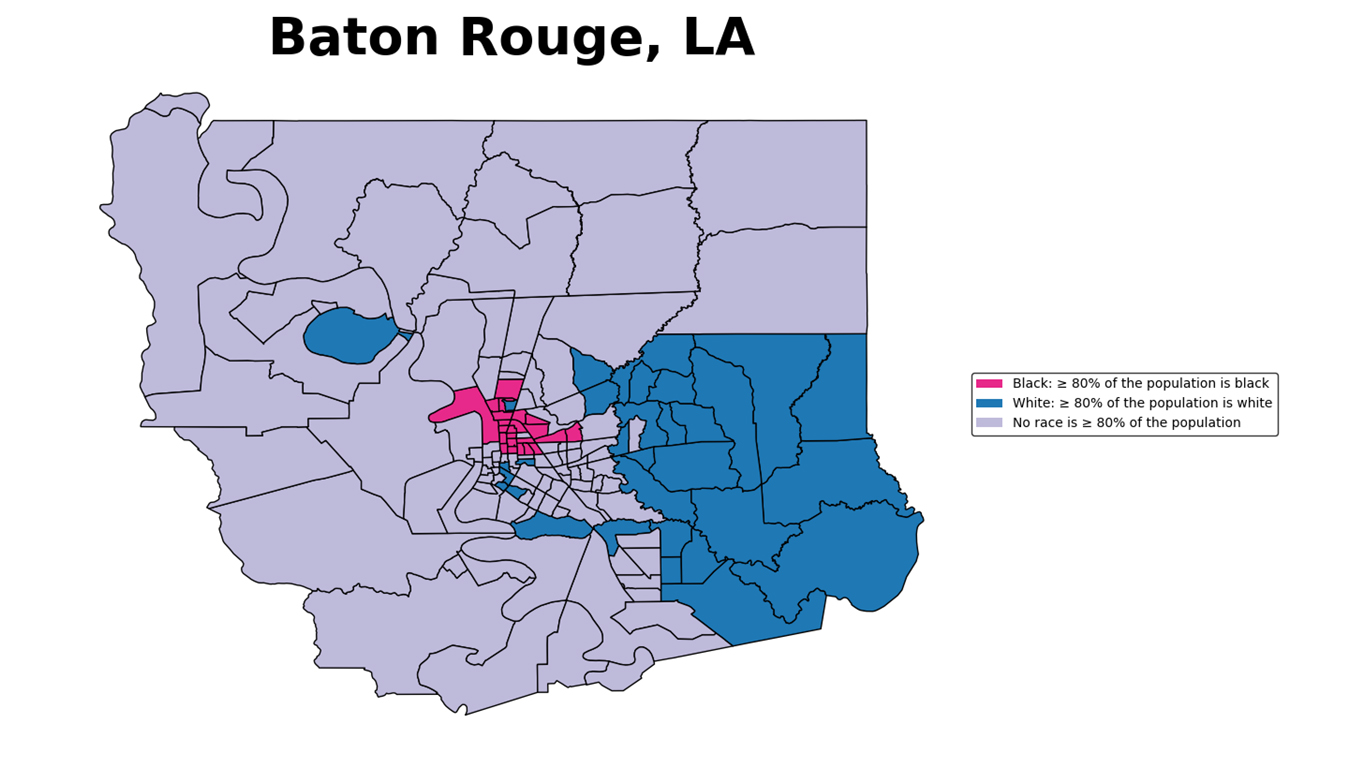 While nationwide 16.8% of African Americans live in predominantly black neighborhoods, 30.3% of black residents in Baton Rouge do. Racial inequality is often made worse by segregation, and the typical white household in Baton Rouge makes $32,260 more a year than the typical black households — a larger gap than the $25,073 white-black income gap nationwide. An estimated 25.7% of the Baton Rouge African American population lives in poverty, more than twice the 10.4% white poverty rate.

Segregation in Baton Rouge is largely demarcated by Florida Boulevard, an east-west thoroughfare that separates the mostly black neighborhoods in the north side of the city from the largely white south side. 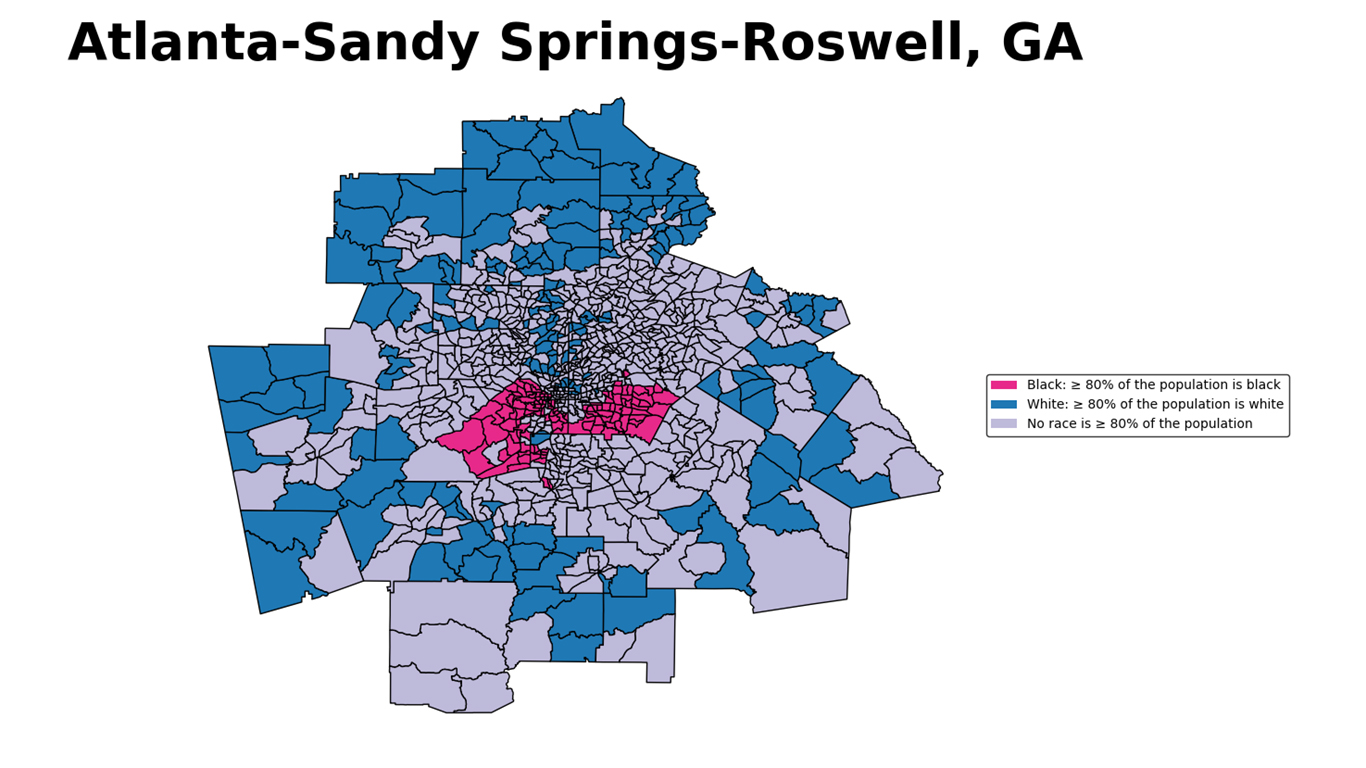 Atlanta’s current segregation patterns can be traced back to redlining maps drawn up by the HOLC in the 1930s. A 1938 appraisal map of the city shows how poor, black neighborhoods such as Vine City, English Avenue, and Mechanicsville were classified as hazardous places to underwrite mortgages and were consequently passed over by investors, while white neighborhoods prospered. Today, 30.6% of Atlanta’s African American population lives in predominantly black neighborhoods, compared to the 16.8% national figure.

Atlanta’s African American residents constitute one of the wealthiest, most educated black populations of any metro area, helping to reduce the racial achievement gap overall. Some 25.5% of adults in majority-black neighborhoods have a bachelor’s degree, and 22.5% of residents live in poverty — the fourth largest and fifth smallest shares, respectively, of any U.S. city. 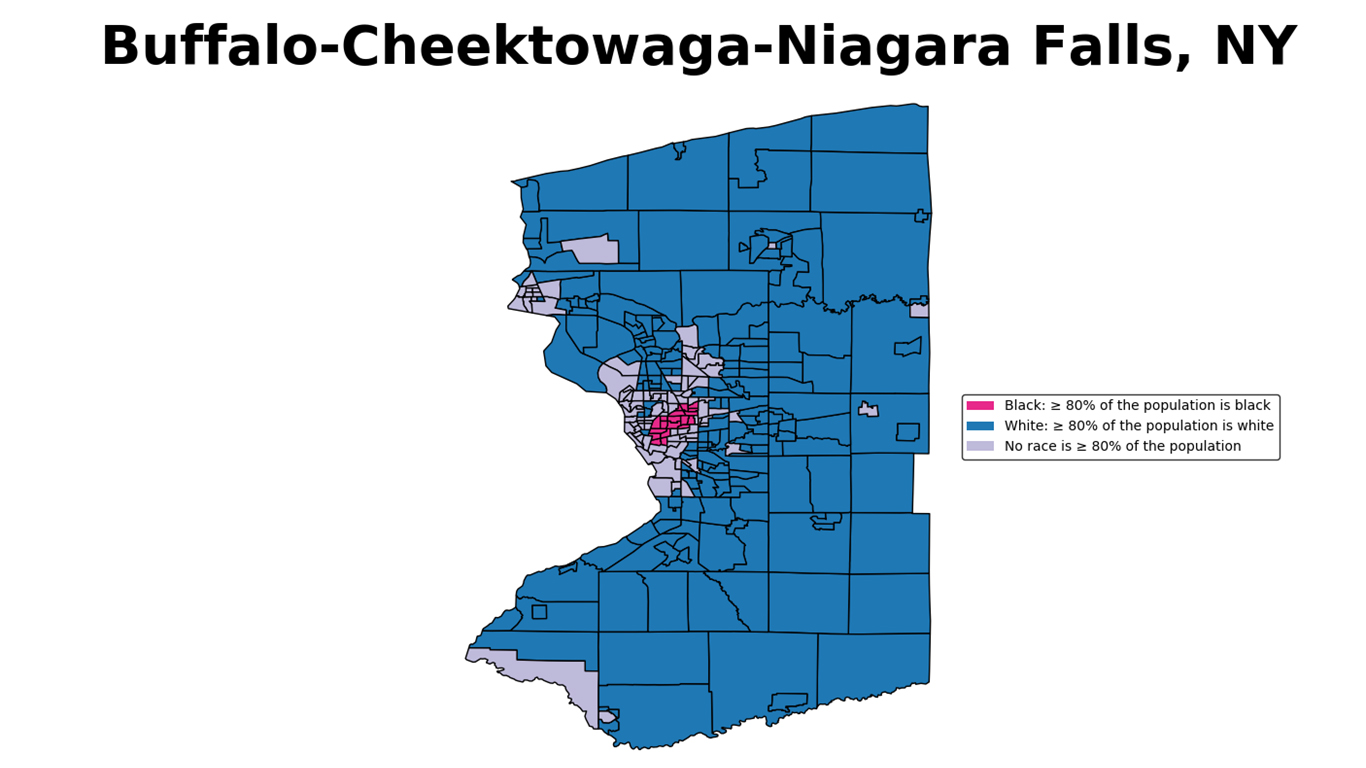 Buffalo is representative of many of the forces that shaped segregation patterns throughout Rust Belt cities in the 20th century. Racial policies in the early 20th century excluded black residents from certain neighborhoods, and later, in the 1950s white families moved from inner Buffalo to outlying Erie County suburbs. Additionally, the construction of the Kensington Expressway from 1957 to 1971 displaced a large number of black families and physically cut off the East Side district from the larger metro area.

Today 35.0% of black residents in the Buffalo metro area live in predominantly black neighborhoods, more than twice the national share.