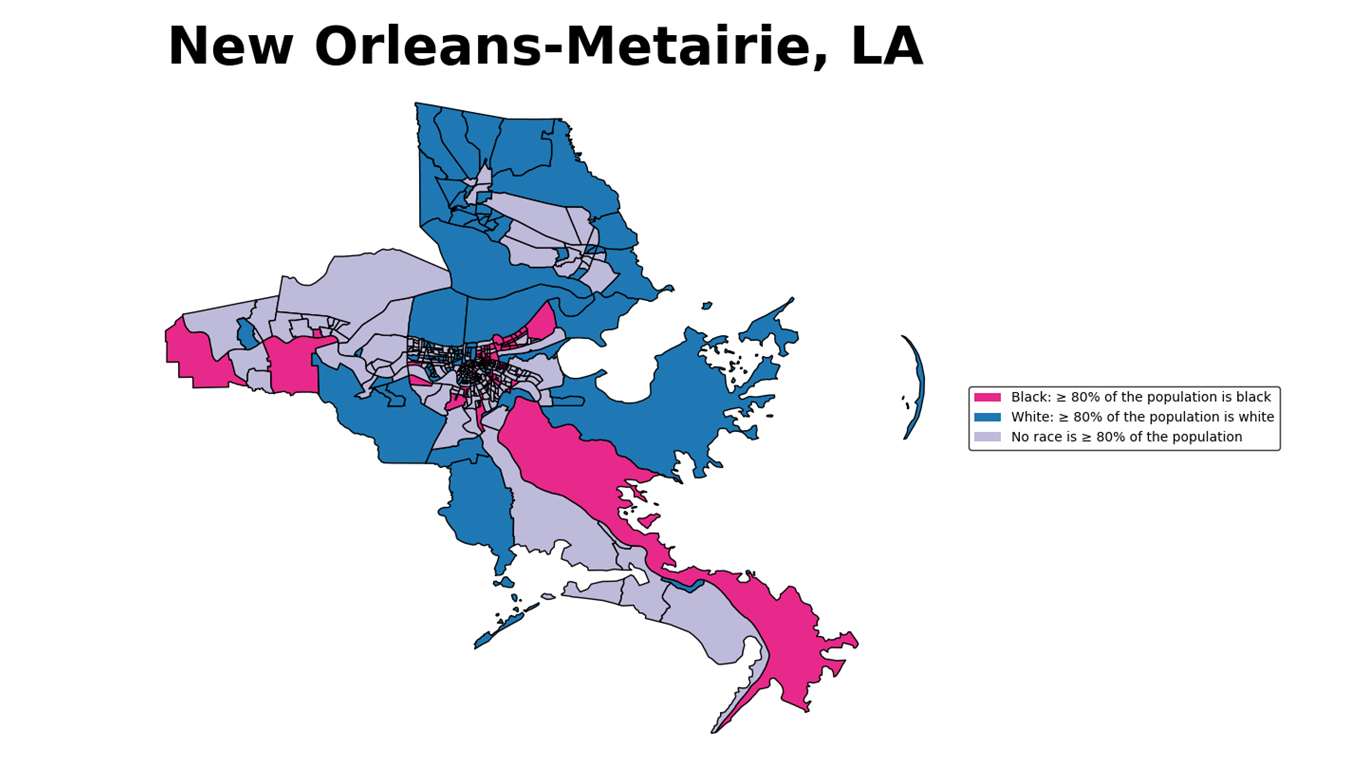 Like many major U.S. cities, current patterns of segregation in New Orleans were shaped by racist zoning ordinances in the early 20th century, discriminatory, federally-backed appraisal maps starting in the 1930s, and urban renewal projects. Projects such as the Louis Armstrong Park, the Greater New Orleans Bridge, and the Claiborne Avenue elevated highway in the 1950s and 1960s displaced large numbers of black families. 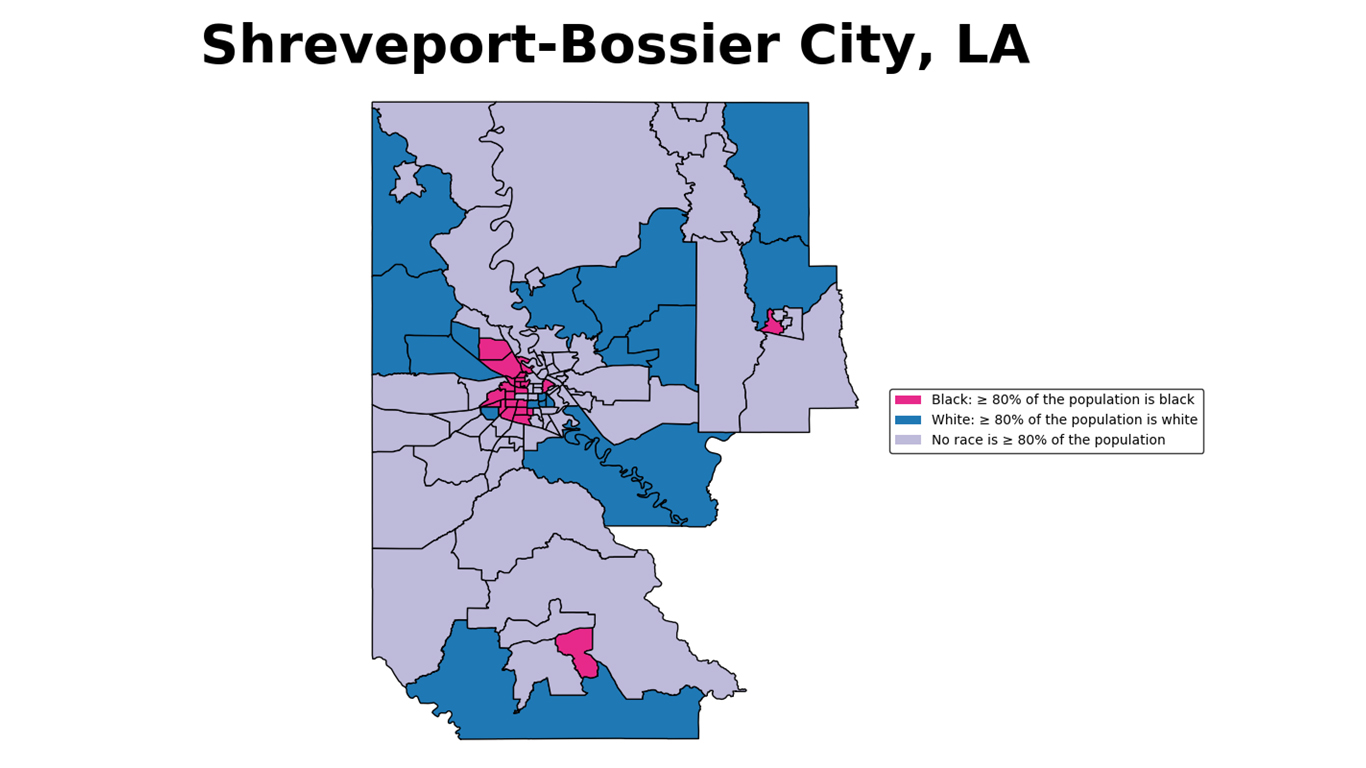 An estimated 39.4% of black residents in Shreveport live in neighborhoods where at least half of residents are also black, compared to 16.8% of African Americans nationwide. Some 42.3% of residents of majority-black neighborhoods live in poverty, more than four times the 10.6% poverty rate in white neighborhoods — one of the largest gaps of any U.S. city.

In the mid-20th century, highway and urban renewal projects were often constructed in poor, black neighborhoods, displacing thousands of families and physically segregating minority communities from the rest of the city. In Shreveport, plans are currently underway for a new 3.5-mile stretch of Interstate 49 that would run through the middle of the historically black neighborhood of Allendale and require the demolition of at least one church and 50 homes. 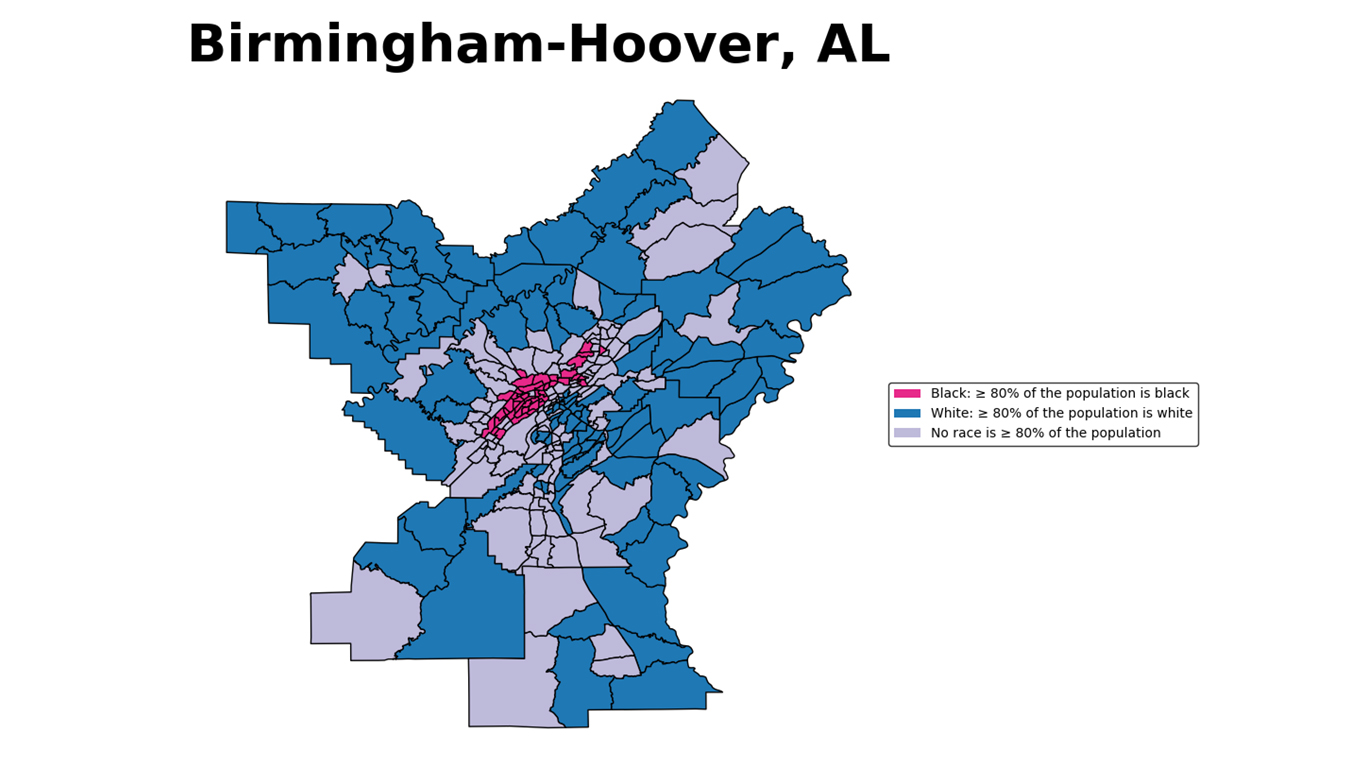 The Birmingham metro area is one of three metropolitan areas in Alabama to rank among the most segregated in America. An estimated 39.5% of black residents in Birmingham-Hoover live in predominantly black census tracts, more than twice the 16.8% national figure.

Segregation often limits education and employment opportunities for poor minority communities, and it can exacerbate racial disparities in urban areas. In Birmingham, the typical white household outearns the typical black household by $25,758 a year, slightly more than the national disparity in median household income. Similarly, black residents in Birmingham are more than twice as likely as white residents to live in poverty and be unemployed. 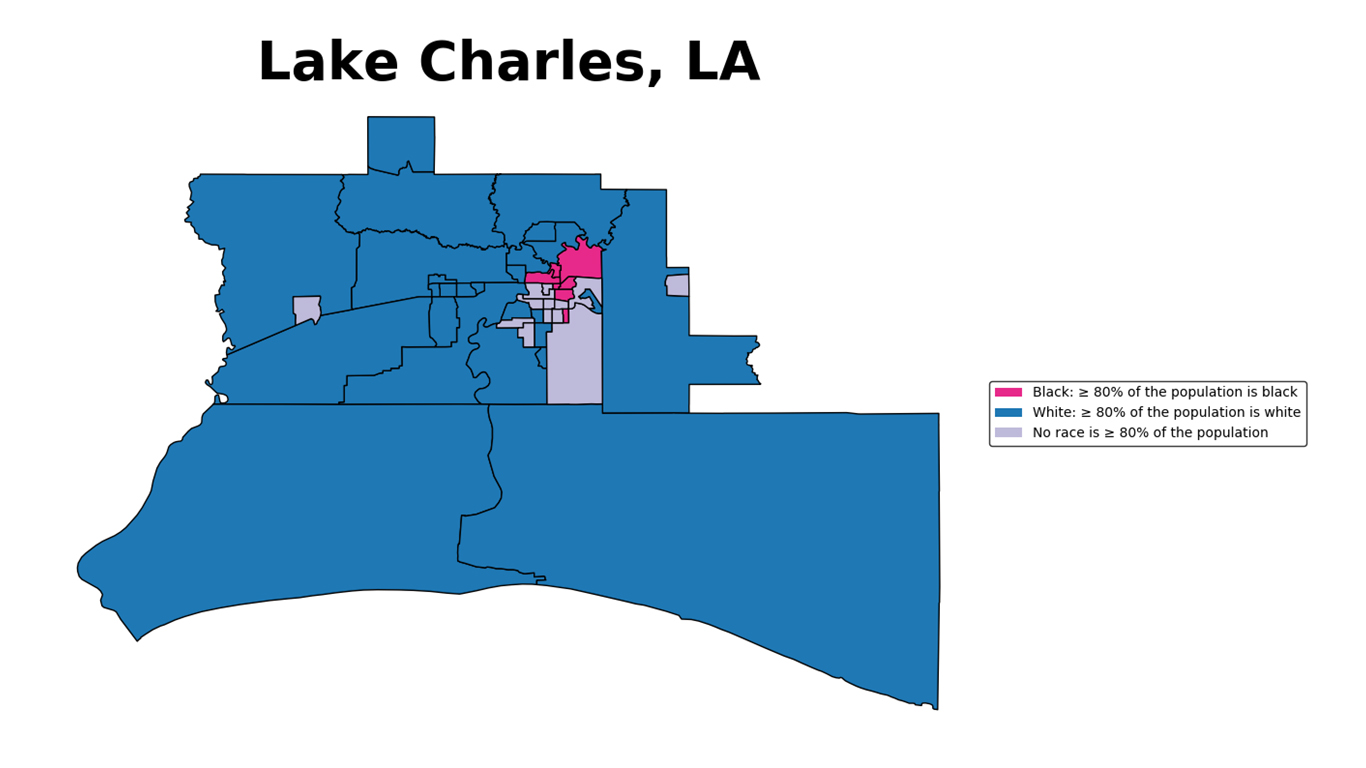 Segregation can reduce access to education and employment opportunities for minorities and exacerbate racial disparities. In Lake Charles, the median income of white households is $24,066 greater than the median income for black households, and black residents are more than twice as likely as white residents to be unemployed. While 11.7% of white residents live in poverty, 28.2% of black residents do — a larger poverty gap than across the nation as a whole. 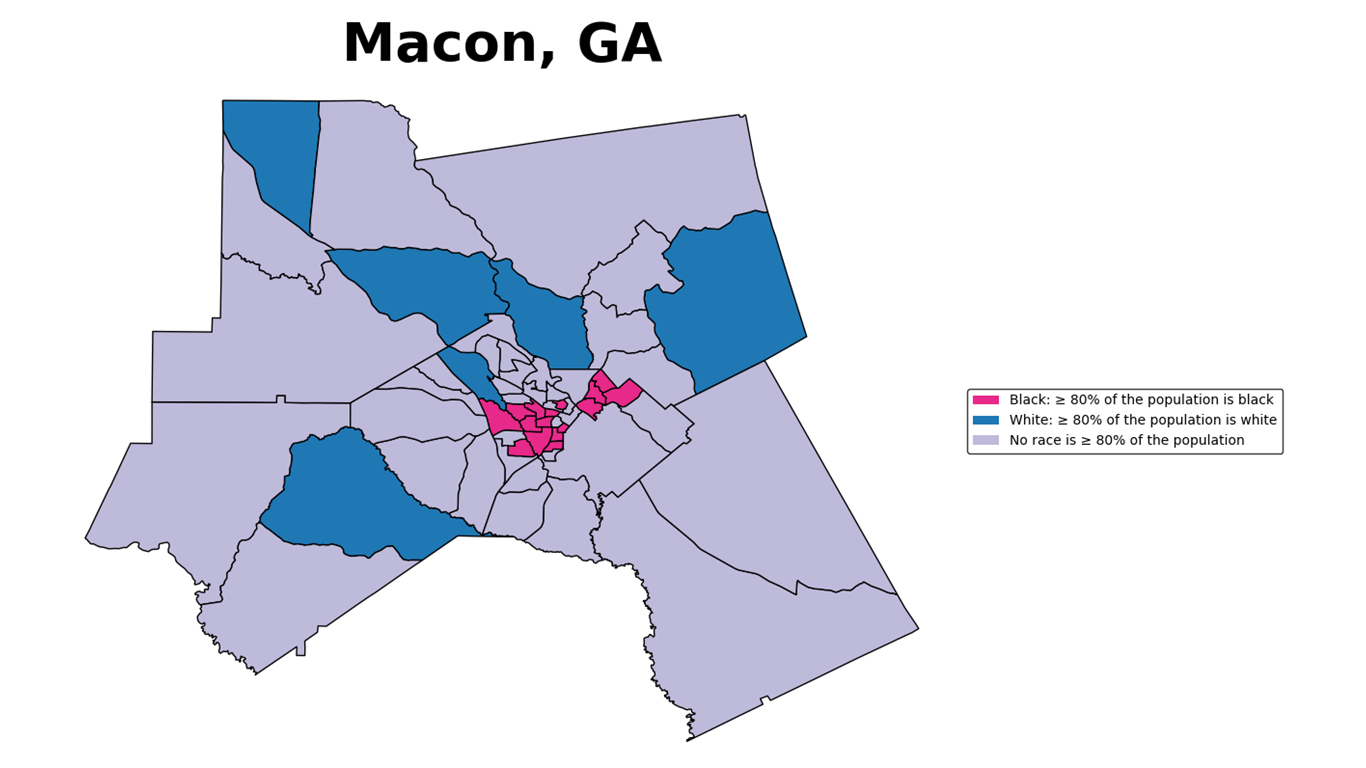 An estimated 40.4% of black residents live in predominantly black neighborhoods, more than twice the 16.8% national figure. Residential segregation has likely contributed to de facto school segregation in Macon and surrounding Bibb County. According to local newspaper The Telegraph, the number of white students relative to black students in Bibb County public schools dropped by more than 40% over the last 20 years, and today nearly 25% of white students in the county currently attend just one charter school.