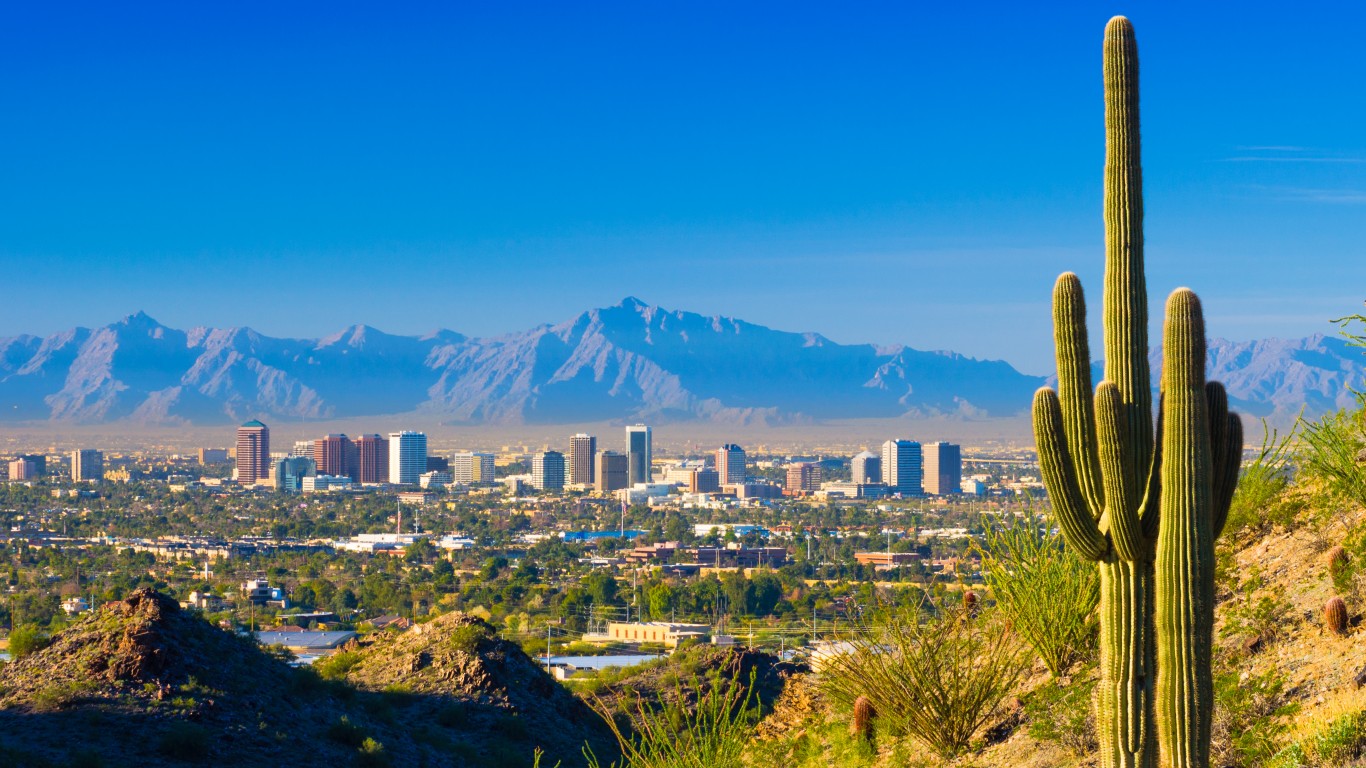 Only four states have reported faster annual GDP growth since 2015 than Arizona. Over the last half decade, the state’s economy grew at an annualized rate of 3.0%, compared to 1.9% nationwide. Over the same period, information and construction were the state’s fastest-growing industries.

Population growth can help drive GDP growth, and between 2010 and 2019, Arizona’s population grew by 9.3% from migration alone, more than every other state other than Florida and Nevada. Population growth is also likely driving job growth. The number of people working in Arizona climbed by 6.0% from June 2015 to June 2020. Meanwhile, across the U.S. as a whole, employment fell by 2.7% over the same period. 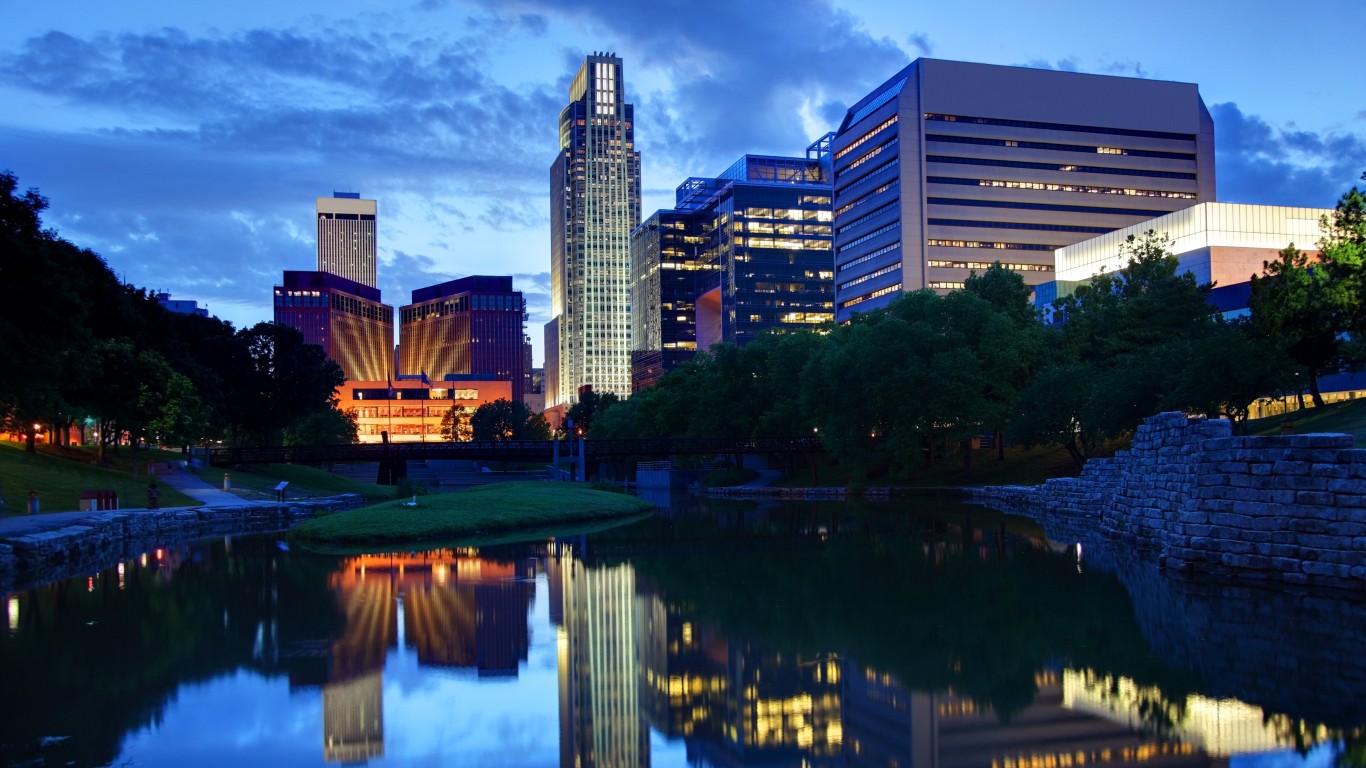 Since mid-March, around the time President Donald Trump declared COVID-19 a national emergency, only 17.4% of Nebraska’s labor force filed for unemployment, nearly the smallest share of any state. COVID-19’s relatively small impact on Nebraska’s job market helps explain why the state’s June unemployment rate of 6.7% was lower than that of all but six other states, and well below the 11.1% national jobless rate. Additionally, unlike in most states, there are more people working in Nebraska today than there were five years ago.

ALSO READ: Cities Where COVID-19 Is Growing the Fastest 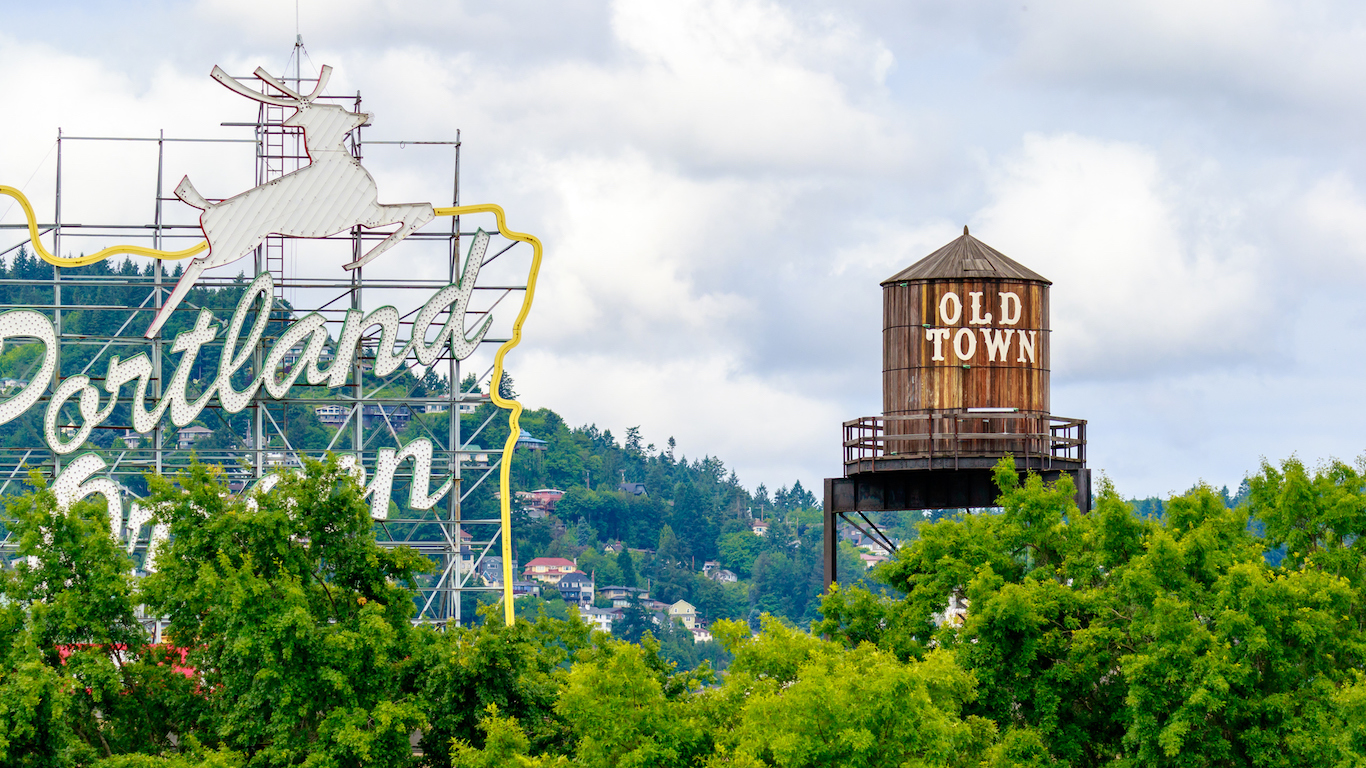 Oregon’s GDP increased 17.3% from the first quarter of 2015 to the first quarter of 2020 — the third highest GDP growth rate among all states, well above the 9.8% national GDP growth. Oregon is one of just a dozen states in which there were more people working in June 2020 than there were in June 2015, with nearly 45,000 more people employed. This 2.4% increase is the seventh highest among states. Comparatively, the U.S. had 2.7% fewer people working in June 2020 compared to five years prior. 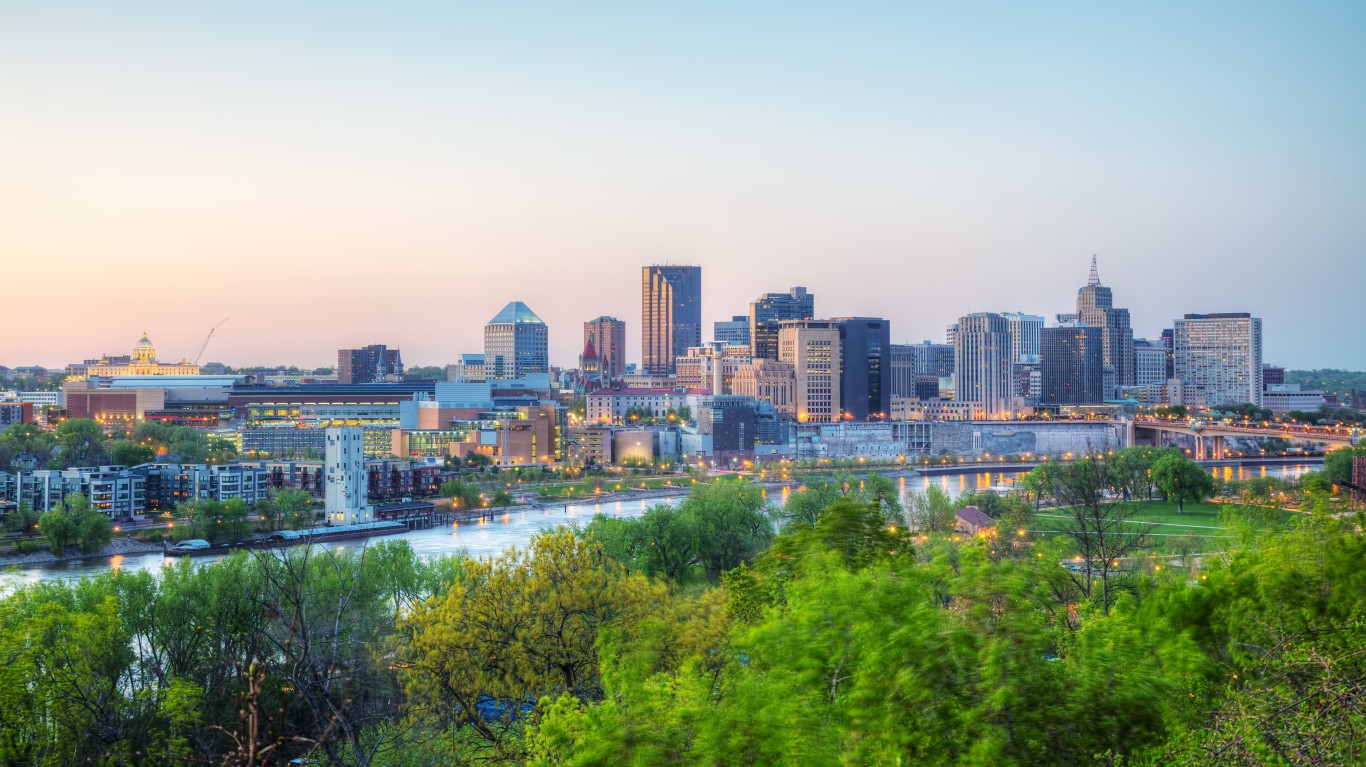 Minnesota is one of only two states that rank in the top 10 on this list where there are fewer people working today than there were five years ago. Still, job losses have not been as steep as they have been nationwide. Overall employment has fallen by 1.4% in Minnesota from June 2015 through June 2020, compared to a 2.7% decline nationwide. Relatively limited job losses help explain why, at 8.6%, Minnesota’s June unemployment rate is considerably lower than the 11.1% national rate.

Minnesota’s economy also ranks favorably among states due to the relatively small share of residents facing serious financial hardship. Only 9.6% of people in the state live below the poverty line compared to 13.1% of all Americans. 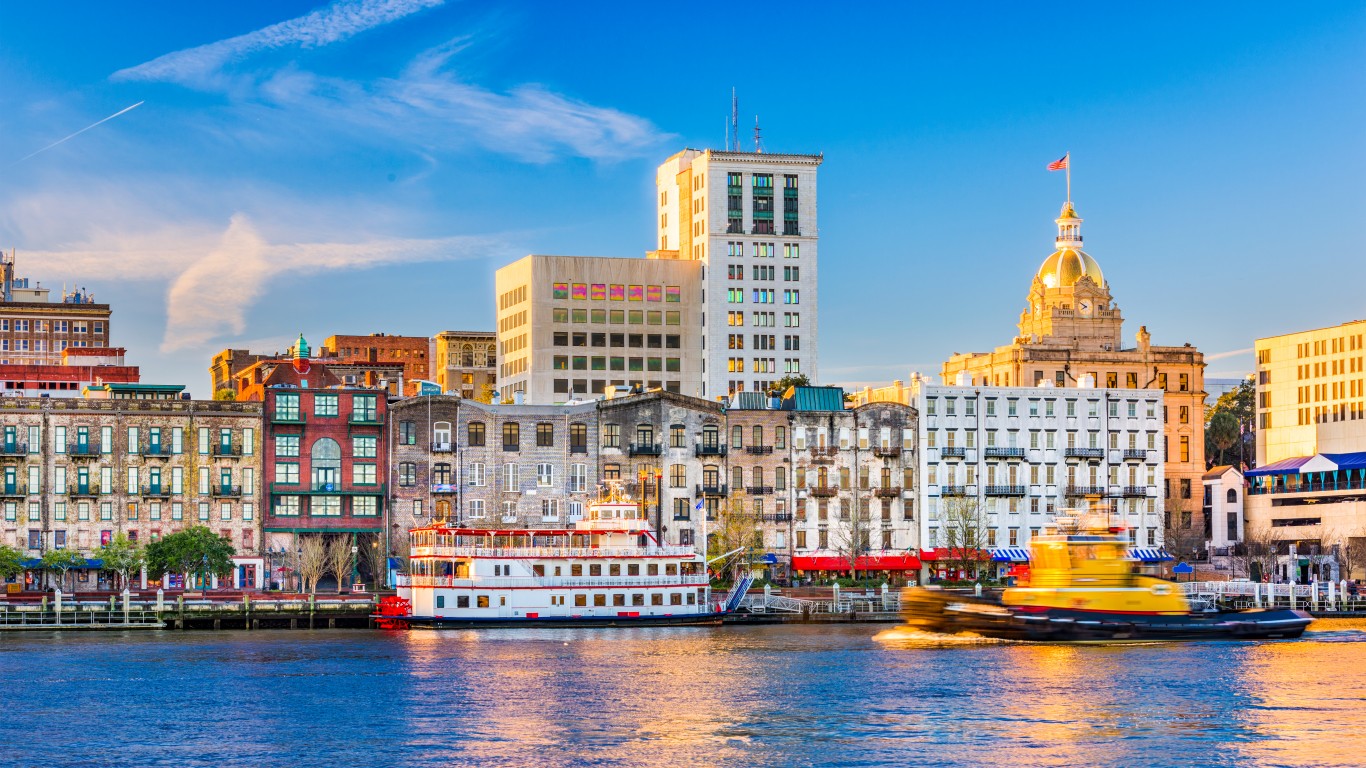 Georgia’s economy ranks as the second best on the East Coast or in the South, and 10th best among all states. Despite having higher than average employment in industries at high risk of slowdown during the pandemic, Georgia’s unemployment rate compares favorably to that of the nation as a whole. As of June, 7.6% of the state’s labor force was out of work, compared to 11.1% of the U.S. labor force. Georgia is one of only a dozen states where there are more people working today than there were five years ago.

While Georgia’s job market is relatively strong, state residents are more likely to live in poverty than most Americans. Georgia has a 14.3% poverty rate, higher than most states and the 13.1% national poverty rate.