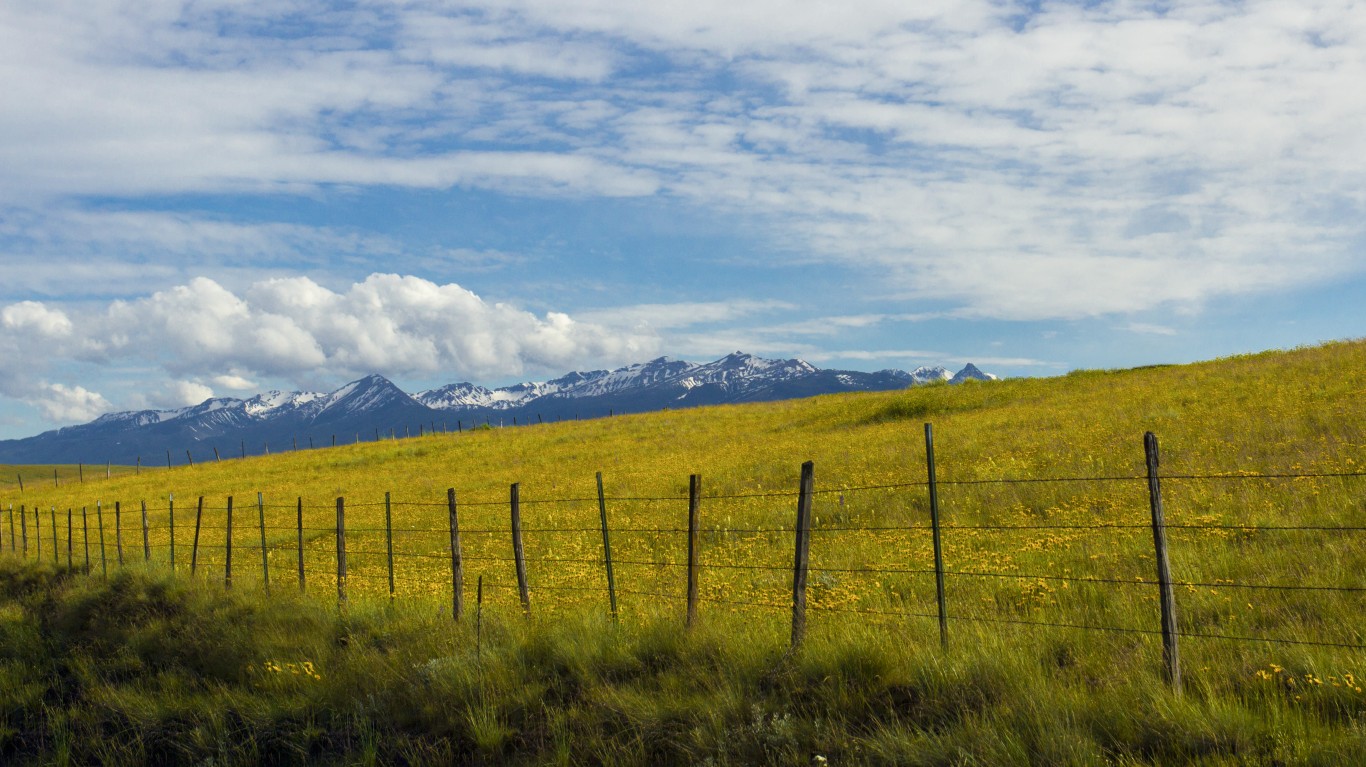 More than half the landmass of the state of Oregon — 32.2 million acres — is federally-owned, one of five states in which this is the case. Most of the state’s federal land is nearly evenly split between the Forest Service and the Bureau of Land Management. 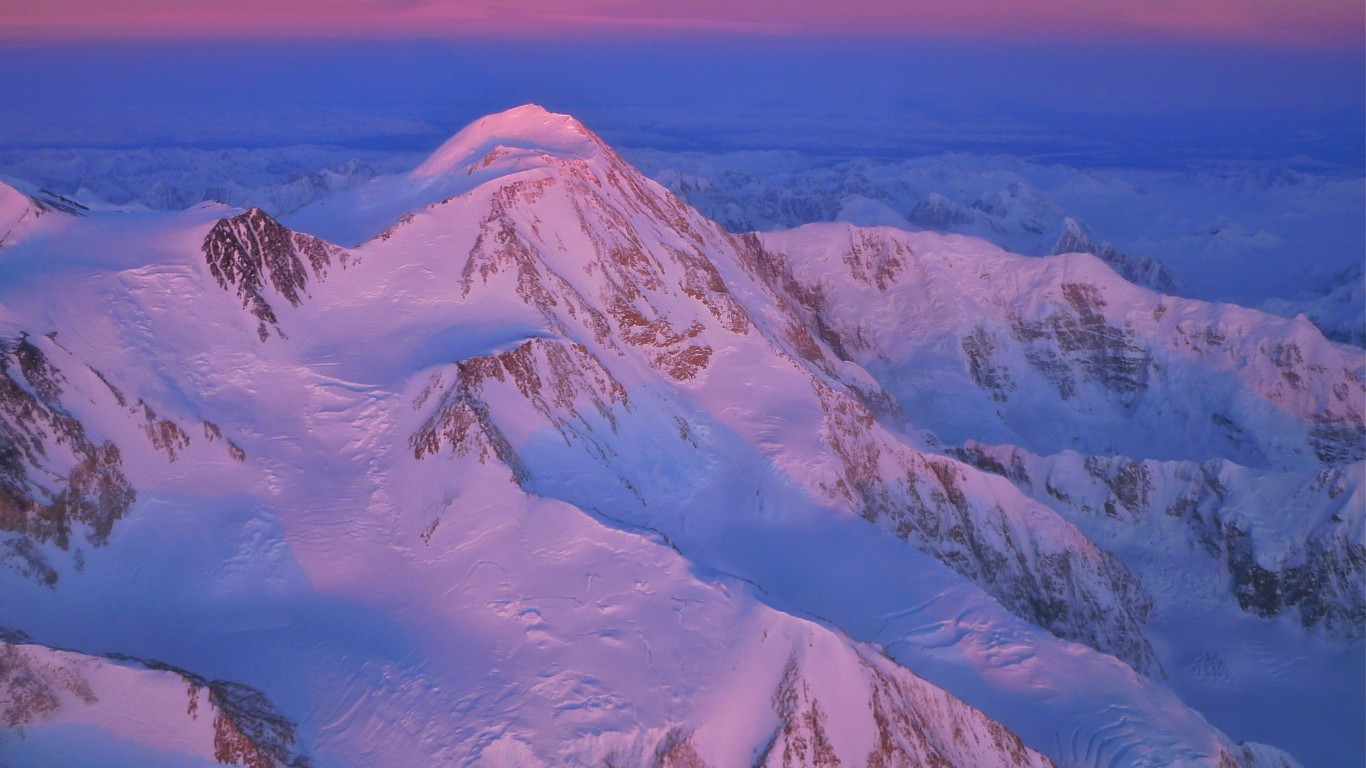 Alaska is the largest state in the country by landmass, and most of the land in the state is owned by the federal government. Federal agencies and departments own a combined 222.7 million acres in Alaska, more than five times the total landmass of all New England.

24/7 Wall St.
States Where Incomes Have Gone Up the Most 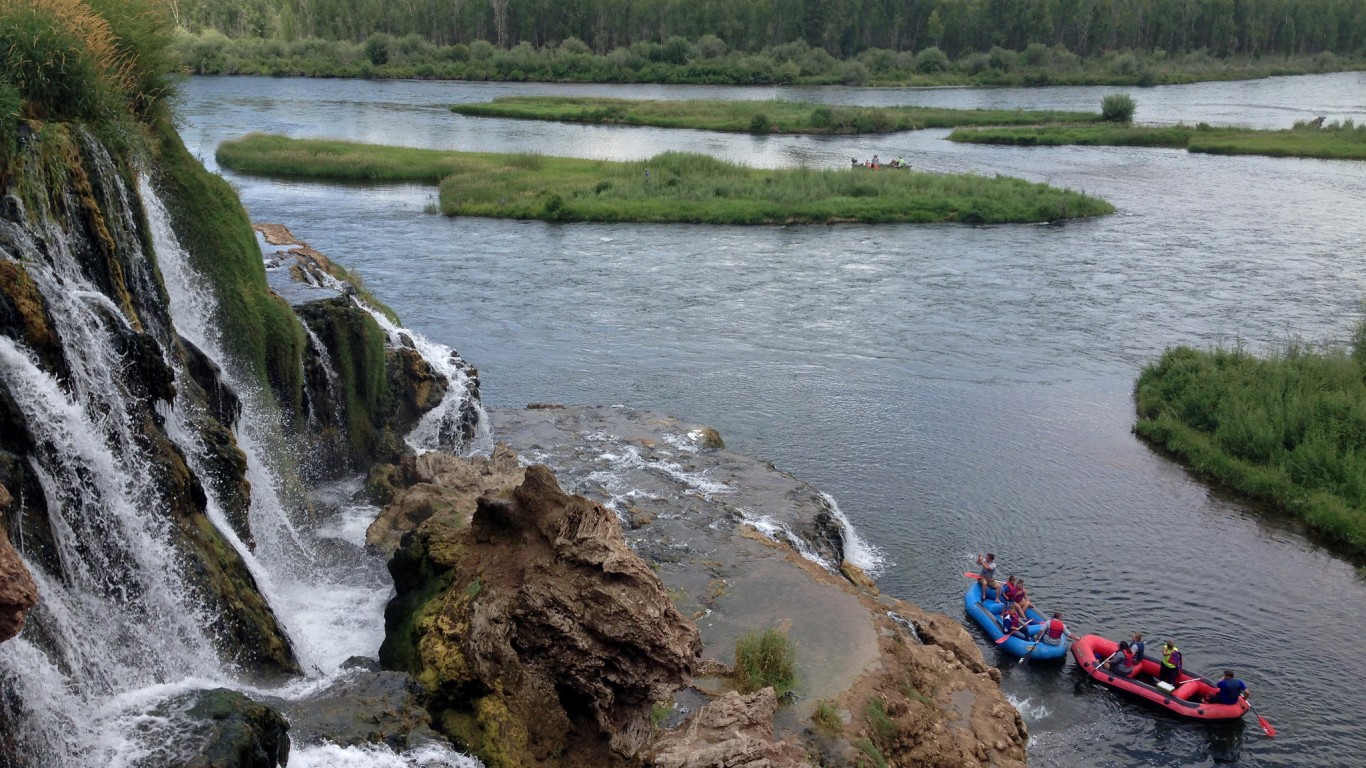 Over 60% of Idaho’s land — 32.8 million acres — is owned by the federal government — and nearly all of it controlled either by the Bureau of Land Management or the U.S. Forest Service.

The FS alone controls close to 40% of the state land, the largest share of any state. This includes the 4.3 million-acre Salmon-Challis National Forest, within which is the Frank Church River of No Return Wilderness, the largest contiguous wilderness in the continental United States. 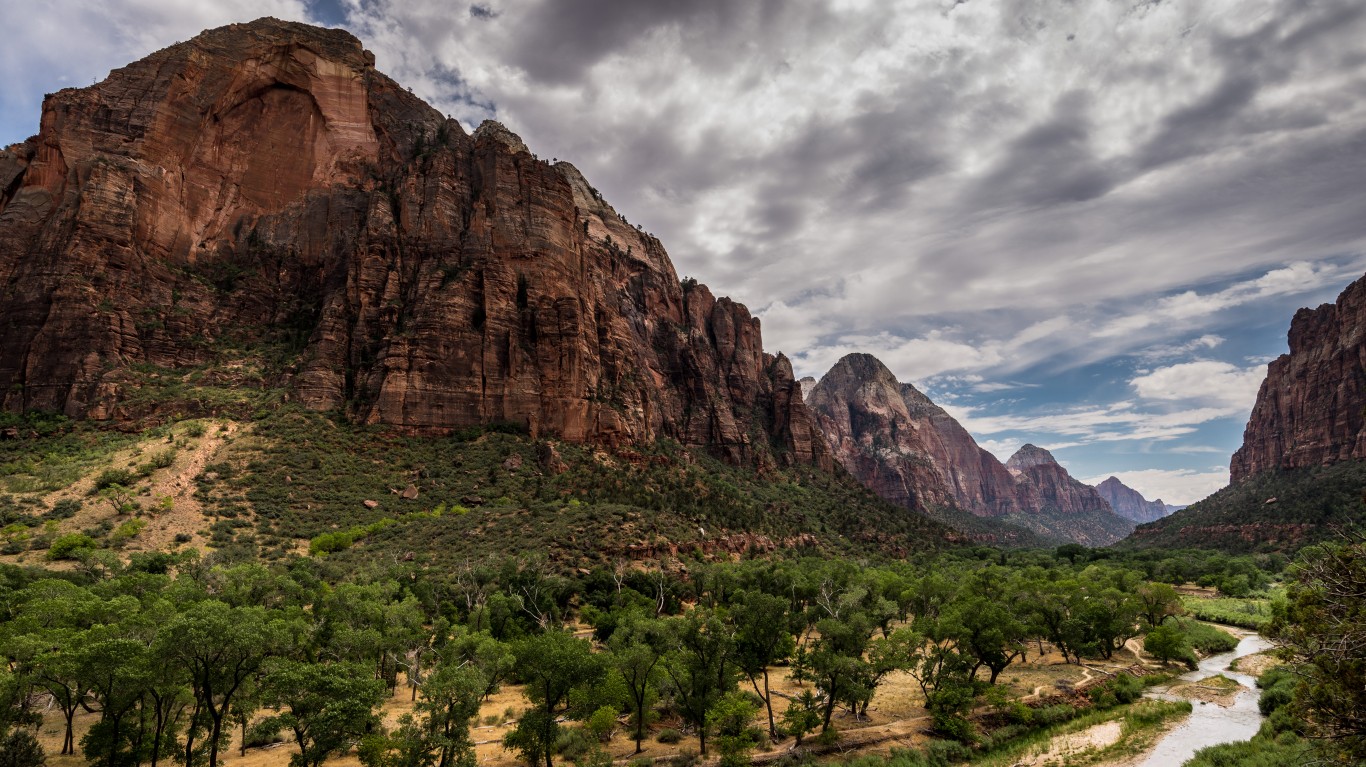 Utah is one of several western states in which the Bureau of Land Management owns the vast majority of federal land. BLM lands, such as the Henry Mountains, Nine Mile Canyon, and parts of Moab, are open for public use and recreational activities like hunting, hiking, mountain biking, and rafting. The next largest land holding federal agency in the state is the Forest Service, which owns 8.2 million acres, or about a quarter of Utah’s federal land area. The FS manages multiple national forests across the state, including Fishlake, Dixie, Ashley, and Uinta-Wasatch-Cache.

Utah is also home to some of the most iconic and popular national parks in the country, including Arches, Bryce Canyon, Canyonlands, and Zion. Through these, and other parks and monuments, the National Park Service owns two million acres in the state. 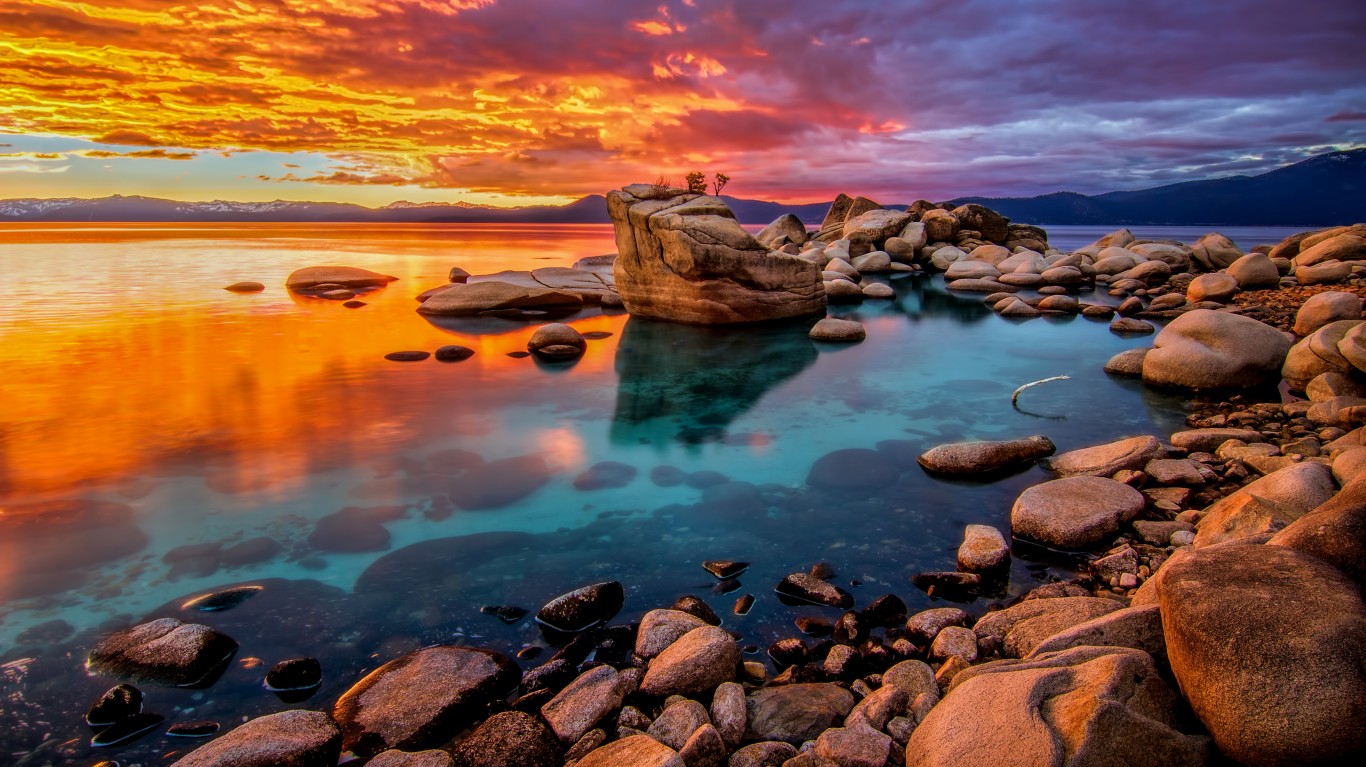 Nevada achieved statehood in 1864, 18 years after Mexico gave up the territory following the Mexican-American War. One term included in Nevada’s statehood was that all land not already claimed would be controlled by the government. Today, four out of every five acres in Nevada are still federally owned, by far the largest share in the country. Of this, 47 million acres are administered by the Bureau of Land management, almost one-fifth of the total landmass controlled by the BLM within the 50 states.