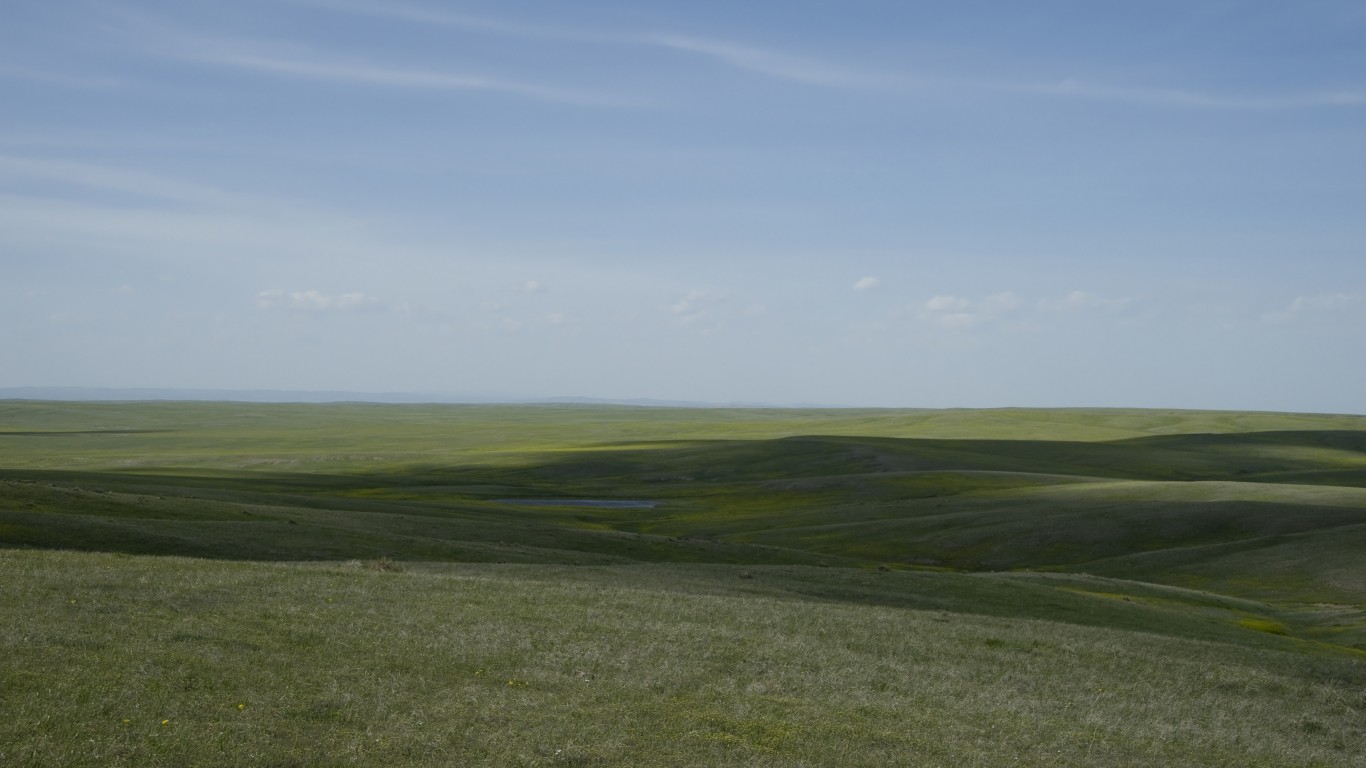 The U.S. Fish and Wildlife Service also manages a substantial 174,401 acres in Nebraska, and the Department of Defense owns about 10,000 acres in the state. 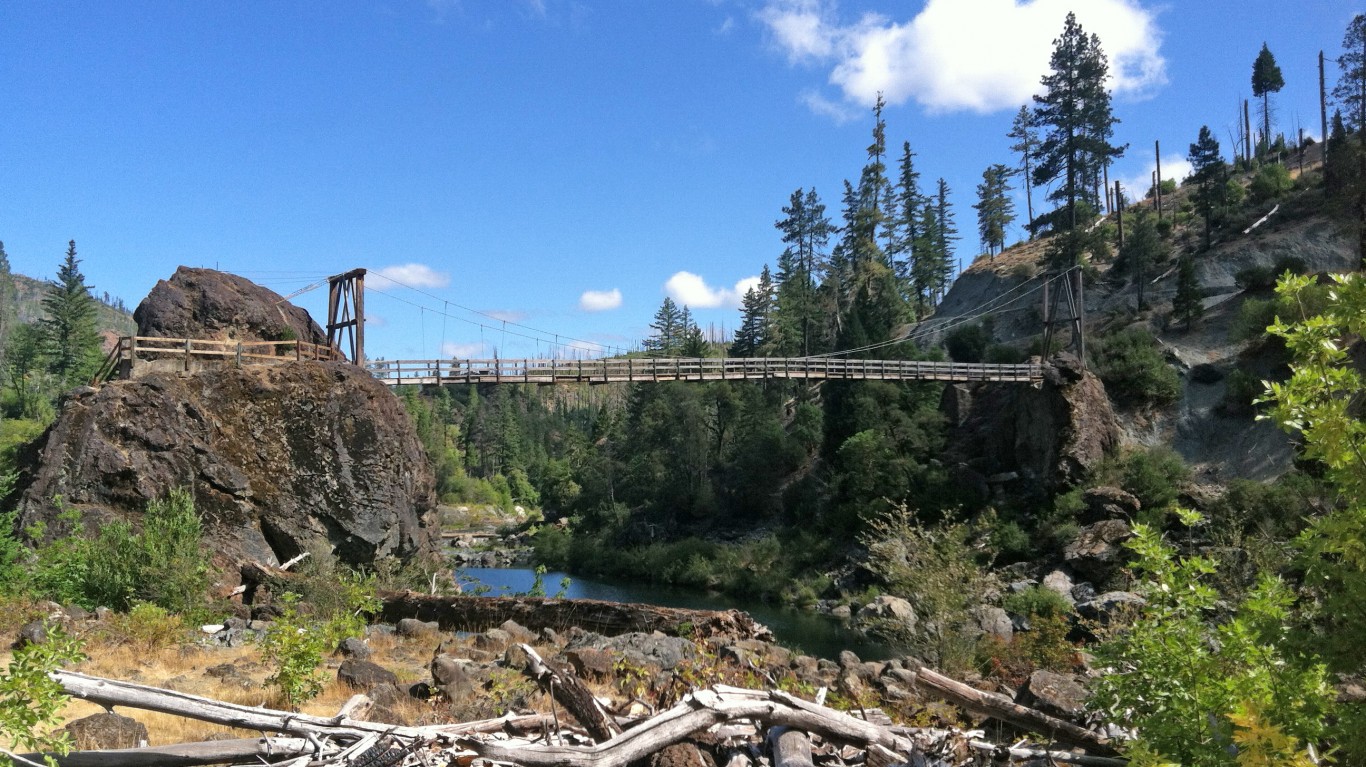 The U.S Forest Service controls over 300,000 of the nearly 424,000 acres of federal-managed land in Illinois. The Shawnee National Forest in the southern part of the state accounts for much of that land. The Fish and Wildlife Service is the second largest federal landholder in the state, with 90,000 acres, followed by the Department of Defense with nearly 30,000 acres.

24/7 Wall St.
States Where the Virus Spread Is Slowing (and Where It’s Still Getting Worse) 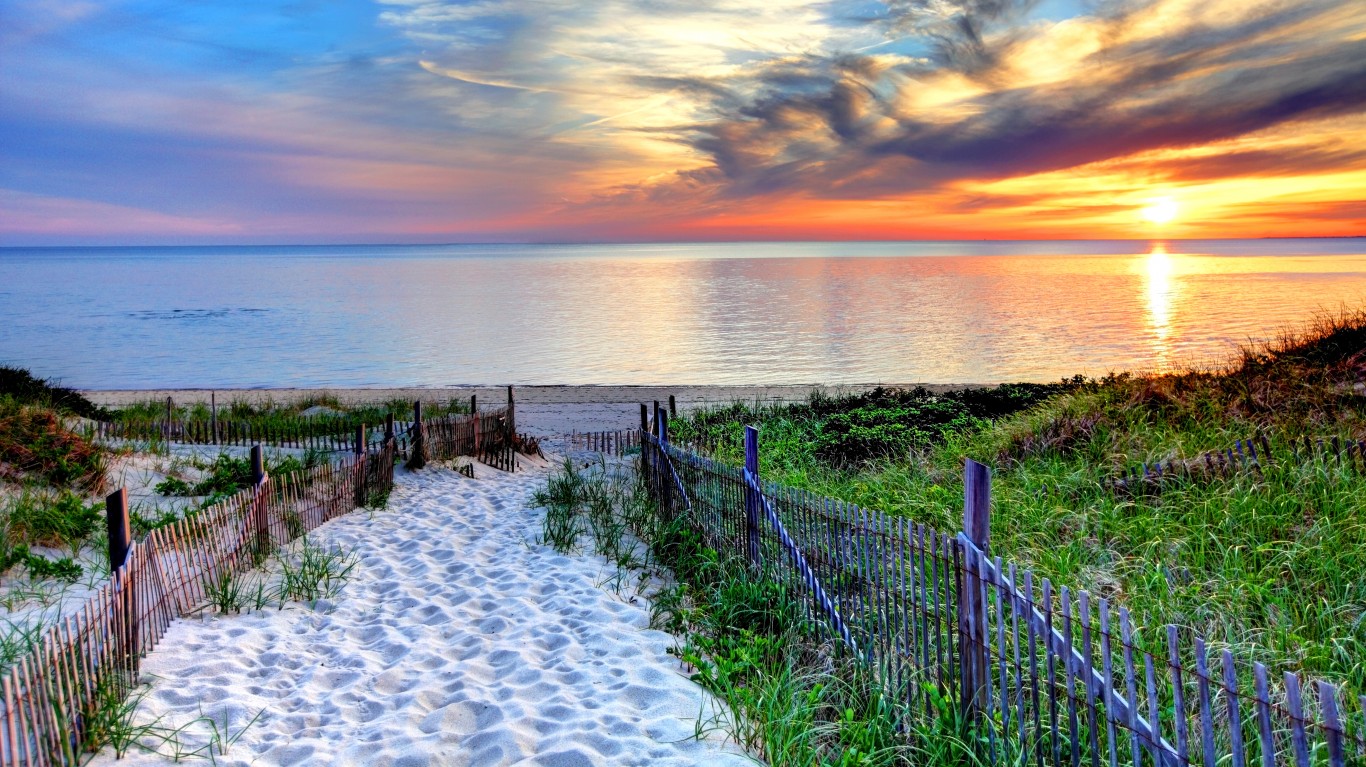 Massachusetts is one of several Northeastern states where the federal government has a relatively small footprint. Federal departments and agencies control 62,680 acres in the state, or just 1.2% of the total land area.

Over half of all federal land in the state is owned by the National Park Service. Though there are no national parks in Massachusetts, there are several historical sites and parks managed by the NPS, in addition to the Cape Cod National Seashore and a portion of the Appalachian Trail. 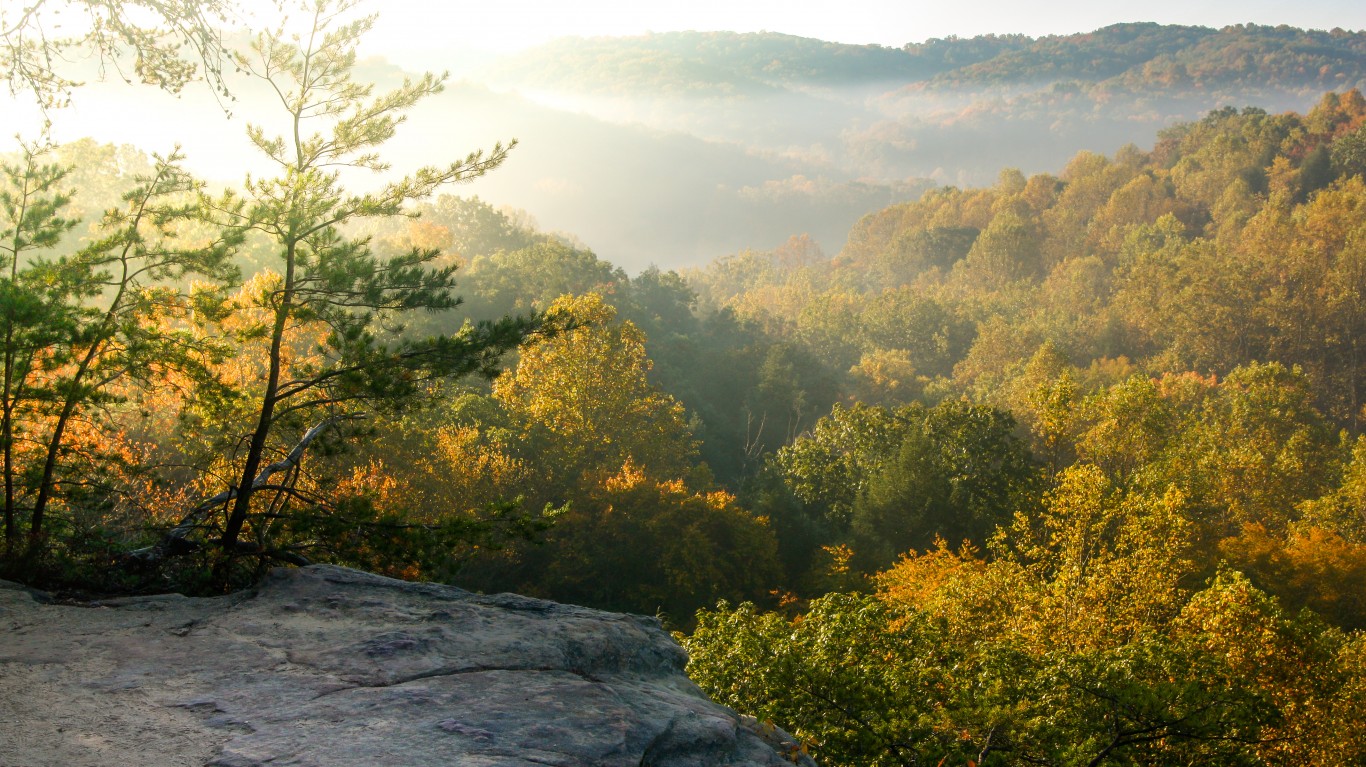 Of the 305,502 acres of Ohio land managed by the federal government, 80% are controlled by the Forest Service. The Wayne National Forest, managed by the USFS, covers large sections of land in the southeastern portion of the state.

The Department of Defense is the second largest federal landholder in the Buckeye State. Between bases including the National Guard Ravenna Training and Log Site and the Wright-Patterson Air Force Base, the DoD accounts for about 10% federal land in Ohio. 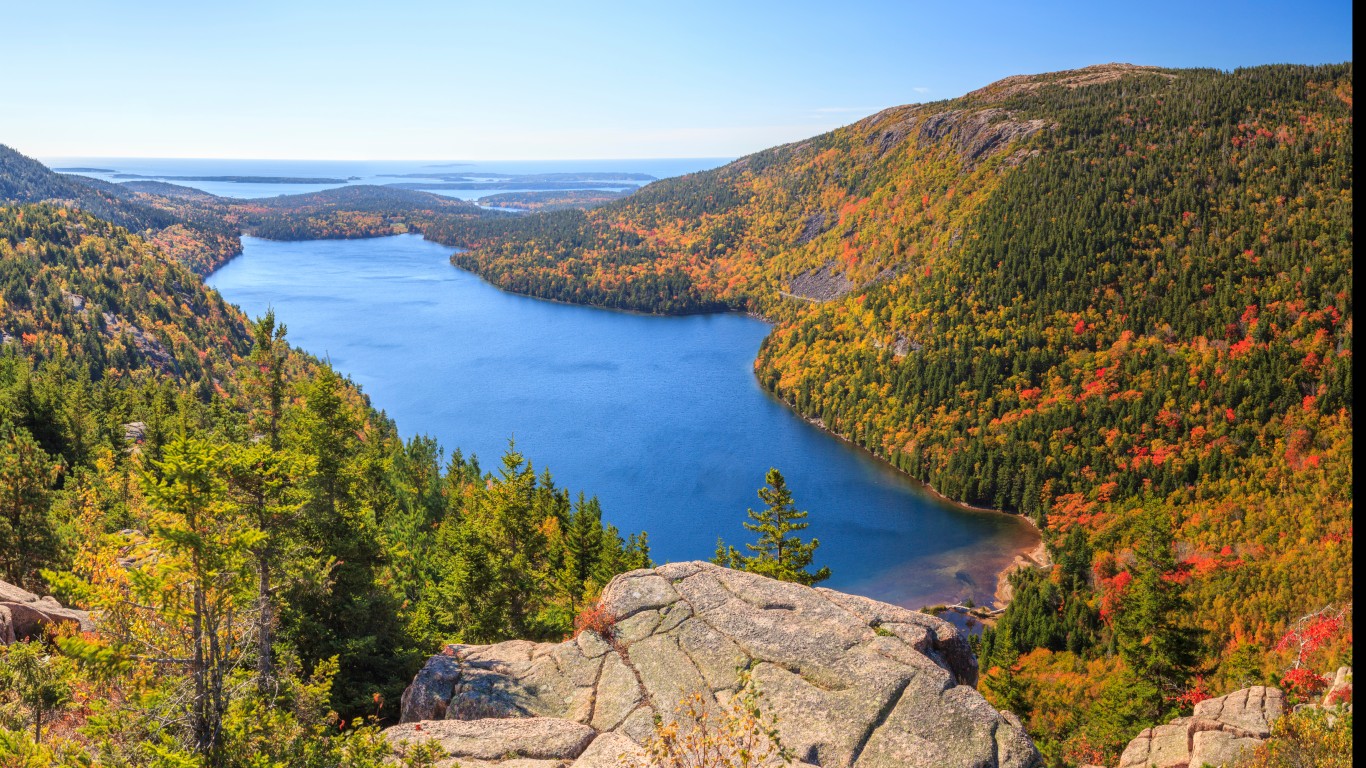 The National Park Service owns 156,205 acres of land in Maine, or just over half of all federal land in the state. Acadia National Park, which sits along much of Maine’s coastline, is one of the most popular National Parks in the country, tallying 3.5 million visits annually. The park boasts 158 miles of hiking trails. One end of the 2,180-mile long Appalachian Trail also lies in Maine.

The U.S. Fish and Wildlife Services owns about one-quarter of federally-managed land in Maine, and the Forest Service owns about 18%.