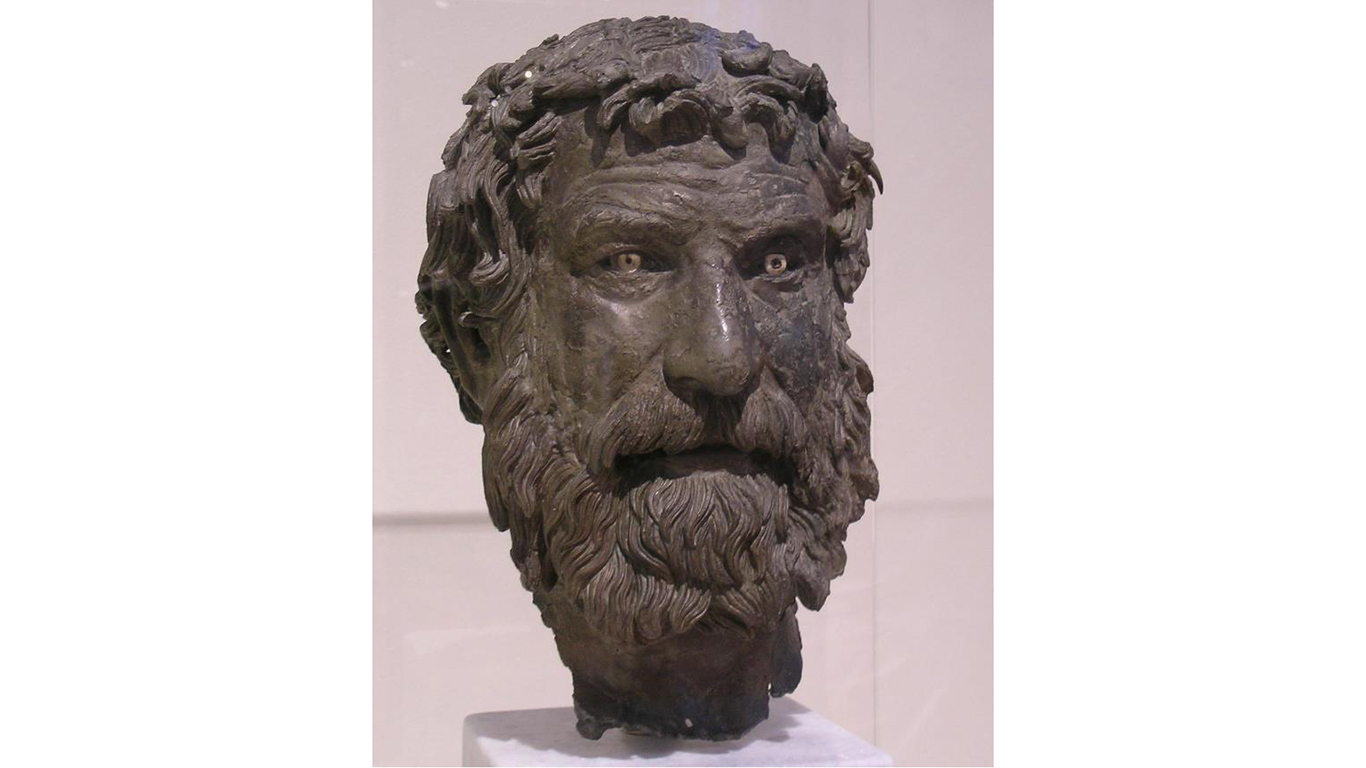 In 1900, Greek sponge divers discovered an ancient shipwreck off the coast of Antikythera Island near Crete. Over the years, treasures worth an estimated $160 million and dating back as far as the fourth century B.C. have been recovered from the ship. Bronze and marble statues, jewelry, pottery, and a sarcophagus lid are some of the valuable finds, but the most interesting is an artifact considered to be the world’s first analog computer, the Antikythera Mechanism. A sophisticated bronze device featuring multiple gears, it could predict eclipses and the movements of celestial bodies. 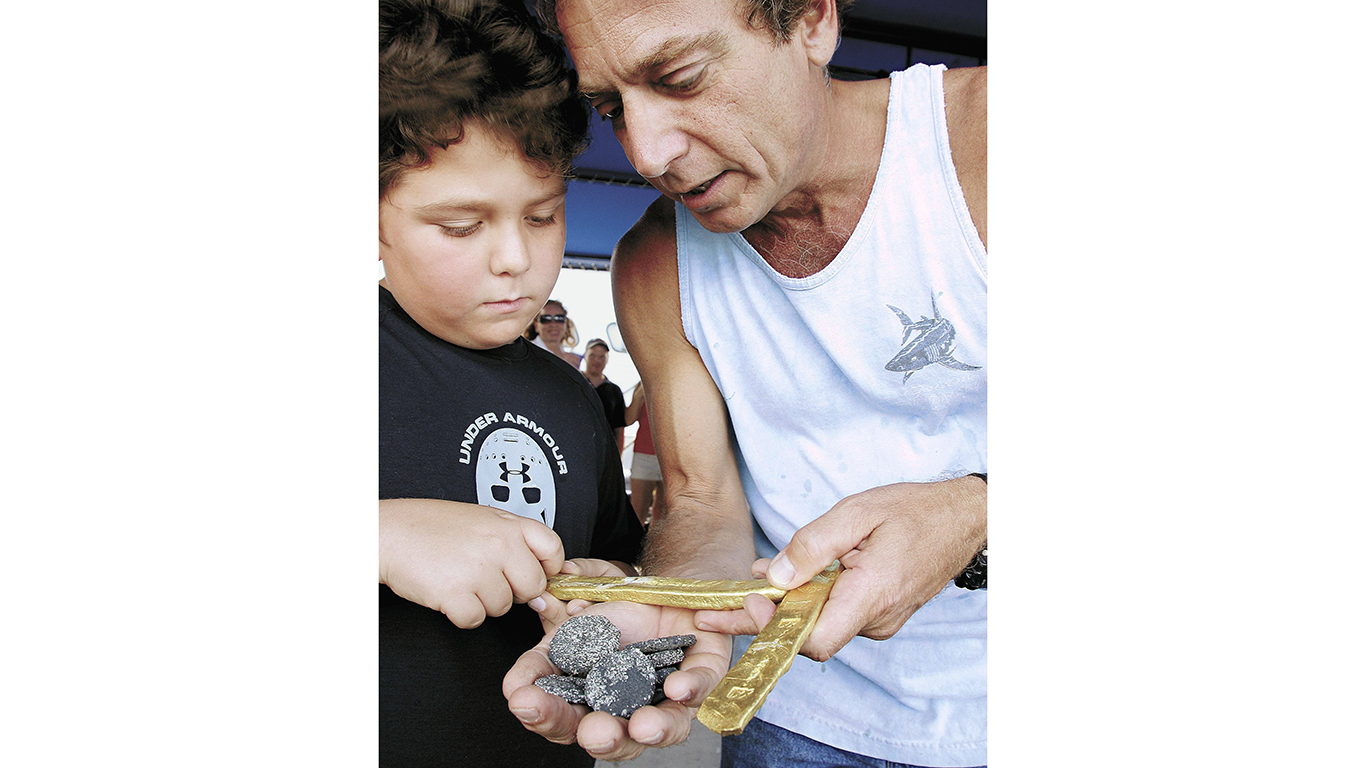 In 1622 a hurricane sank at least eight Spanish ships, including the Nuestra Señora de Atocha, off the Florida coast. Loaded with goods from various Caribbean ports, the ships were headed back to Spain when they ran into the storm. The loss of their cargo, believed to now be worth $450 million, was a severe blow to Spain’s economy. Discovered by U.S. treasure hunter Mel Fisher in 1985 after over 15 years of searching, the shipwreck contained copper, gold, silver, and gemstones, some of which have yet to be retrieved. 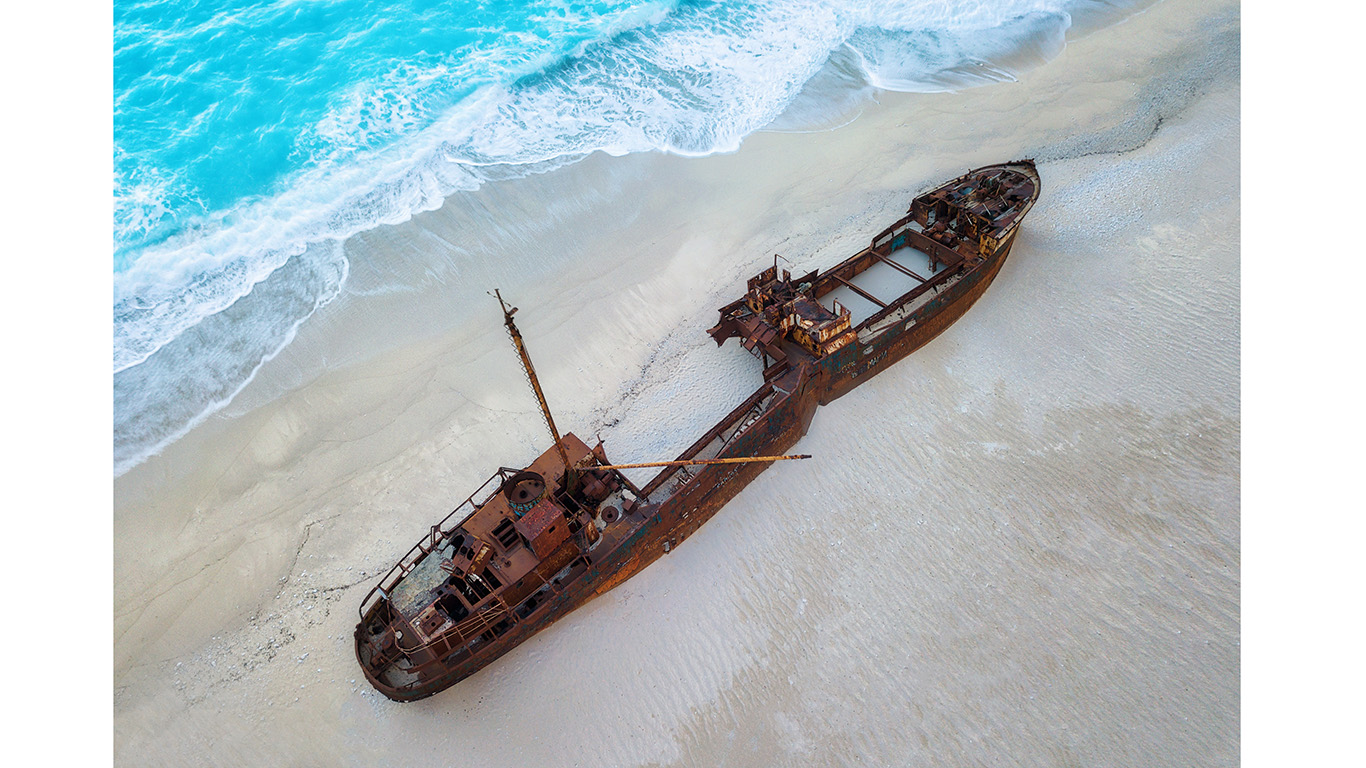 A smuggling ship used to ferry cigarettes, alcohol, and maybe even humans from the Greek island of Cephalonia to Albania, the Panagiotis mysteriously washed ashore on the Greek Island of Zakynthos in 1980. Though many rumors exist as to how the ship ended up abandoned on the island, the ship’s captain claims that it was a combination of bad weather and mechanical failure. The rusted hull is now a popular tourist attraction in what is known as Shipwreck Cove, and is only accessible by boat. 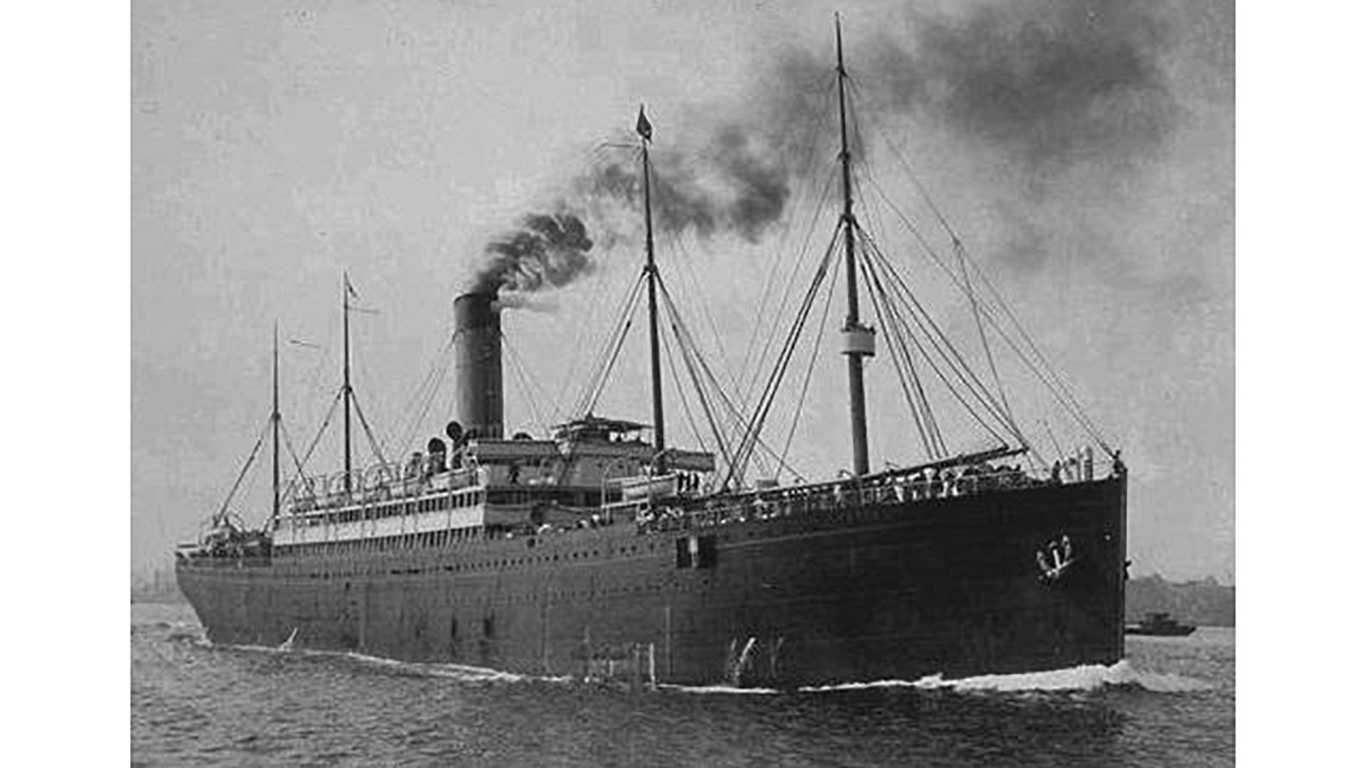 In January of 1909, the RMS Republic, an ocean liner carrying passengers from New York City to ports in the Mediterranean, was traveling through dense morning fog off the coast of Nantucket, Massachusetts, when it was struck by the Italian steamship Florida. Only six people died and the other passengers were able to evacuate to the Florida and another rescue ship, the Baltic. Among the lost ship’s cargo were relief supplies for victims of an earthquake in Italy, $60,000 in military supplies, and possibly $1 billion worth of gold coins. Treasure hunters have yet to recover the rumored gold. 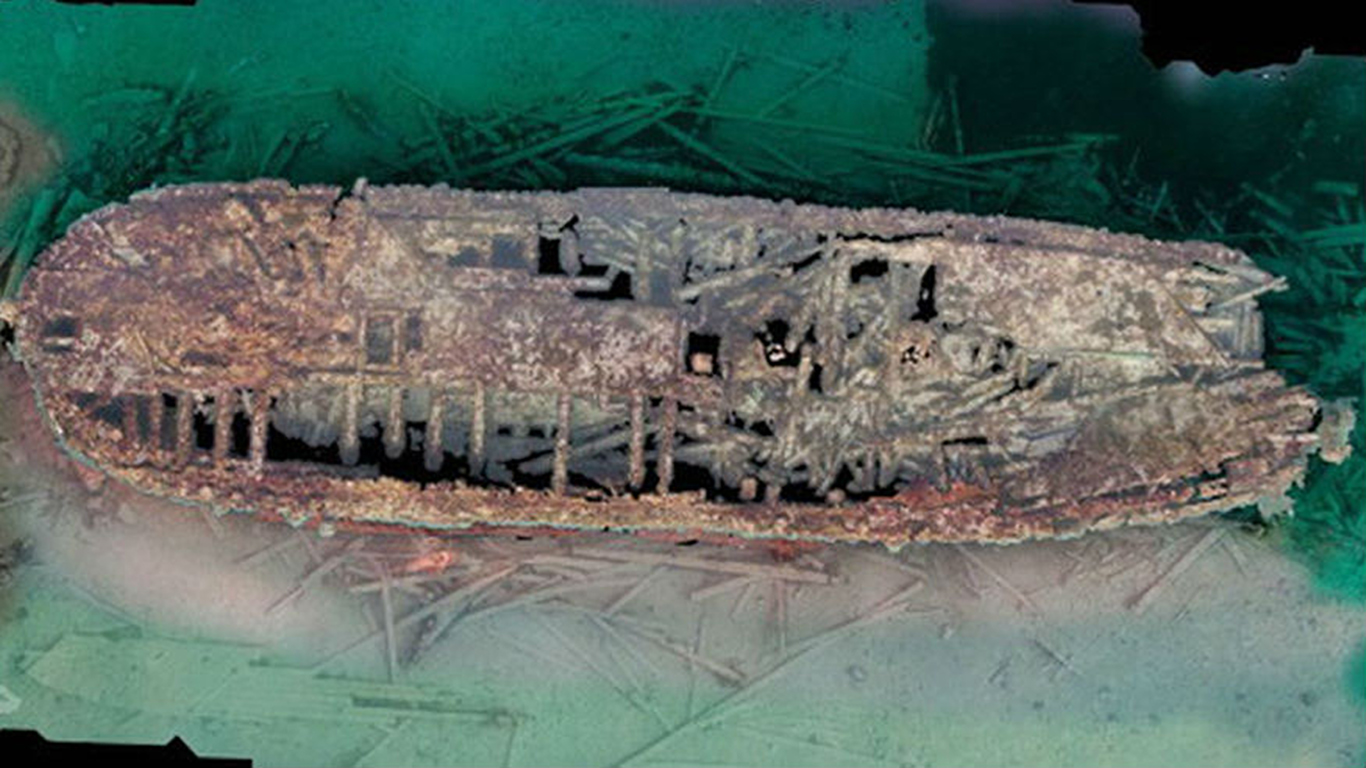 While searching for the northwest passage, Royal Navy Officer John Franklin and all his crew, along with their two ships, mysteriously disappeared in 1848. The fate of Franklin and his vessels Erebus and Terror remained a mystery for over 160 years, though multiple expeditions attempted to find them. Finally in 2014 a Canadian search mission found the Erebus in shallow water, almost fully intact, along with a note stating that Franklin died before the two ships were abandoned.