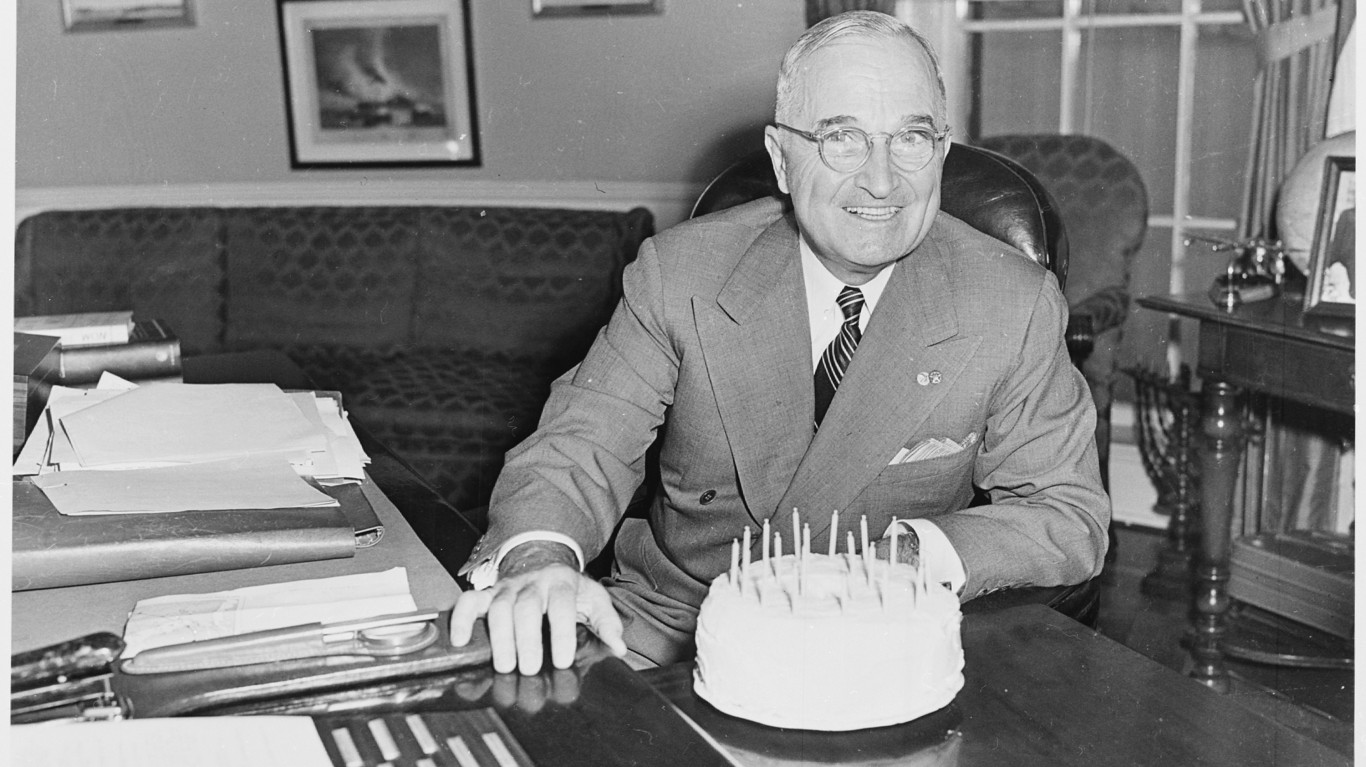 Harry Truman became president after President Franklin Delano Roosevelt died in office three months into his fourth term in 1945 from cerebral hemorrhage. Truman’s eight years in office were marked by the end of World War II, the president’s decision to use the atomic bomb (of which he knew nothing before taking office) against Japan, and United State’s help in rebuilding Europe after the war. In his second term, Truman presided over the Korean War.

Truman’s decision to send American troops to fight in the Korean War — along with Sen. Joseph McCarthy’s accusations of communists having infiltrated the U.S. government — hurt his popularity. The president left office with just 32% of Americans approving of his job as president, according to a Gallup poll conducted in mid-December in 1952. 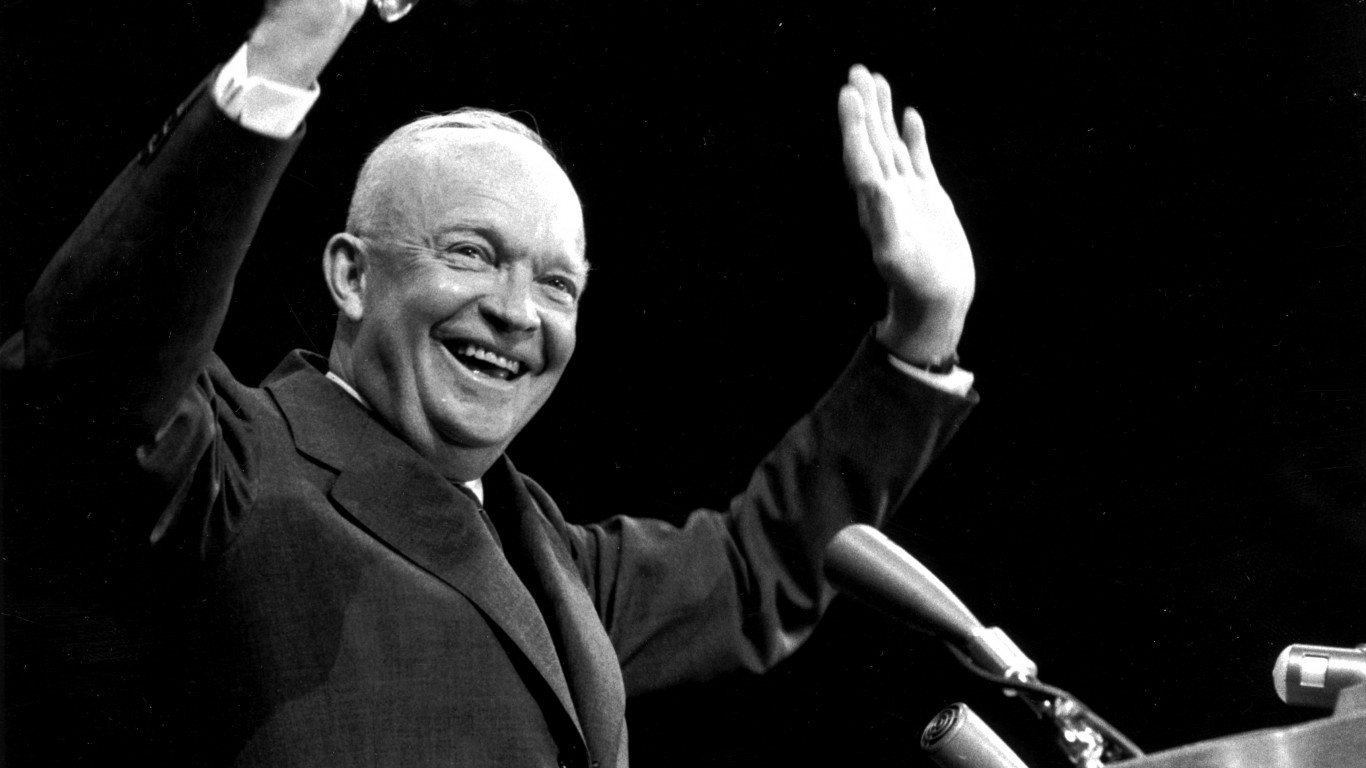 Dwight D. Eisenhower led the Allied forces to victory in World War II. He was among the most popular and well-respected people in the country at the time he had assumed the presidency. During his two terms in the White House, Eisenhower managed to ease tensions with the Soviet Union over the threat of nuclear weapons, effectively ending the Korean war by obtaining a truce. He also strengthened Social Security, raised the federal minimum wage, and helped discredit McCarthyism.

Eisenhower was still popular at the end of his term. His popularity, however, suffered after his handling of the enforcement of racial desegregation of schools after the Supreme Court ruled the practice unconstitutional in the 1954 case of Brown v. Board of Education of Topeka.

ALSO READ: What Every President Did After Leaving the White House

Johnson’s domestic policies made him popular, but his last years in office were largely defined by his foreign policies, particularly the Vietnam War, which saw anti-war protests across the country. Johnson escalated U.S. military involvement in Vietnam, which was in stalemate at the end of Johnson’s term in 1969. 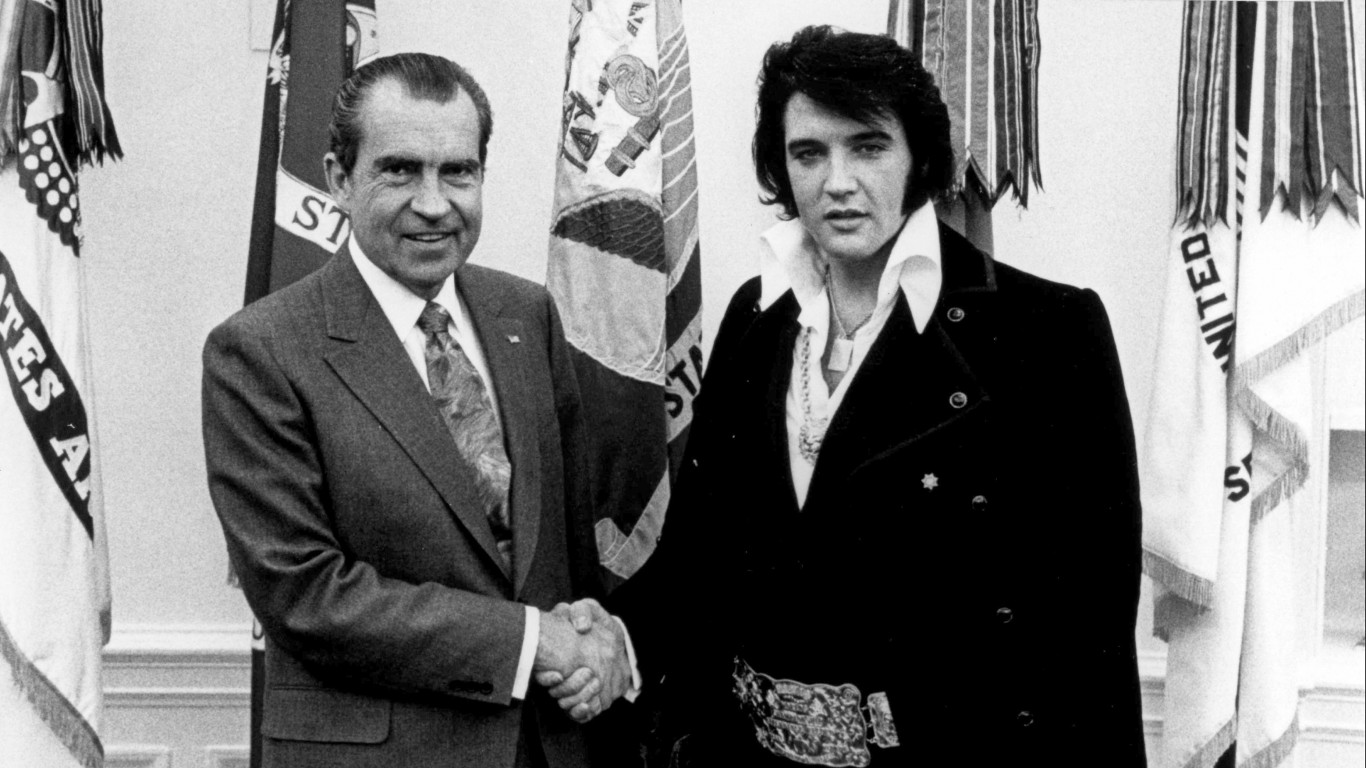 President Richard Nixon left office with the lowest approval rating since Gallup had started conducting the job approval polls. Nixon, the only president in history to have resigned from office, stepped down in the middle of his second term in 1974 over his involvement in the Watergate scandal — the covering up of illegal spying by members of his reelection campaign on the Democratic National Committee.

Before the Watergate scandal, Nixon polled at around 60% due to his efforts to establish diplomatic ties with China and the Soviet Union — Nixon was the first sitting president to visit the USSR — as well as withdrawing American troops from the highly unpopular Vietnam War. After Watergate, Nixon’s approval rating plummeted. 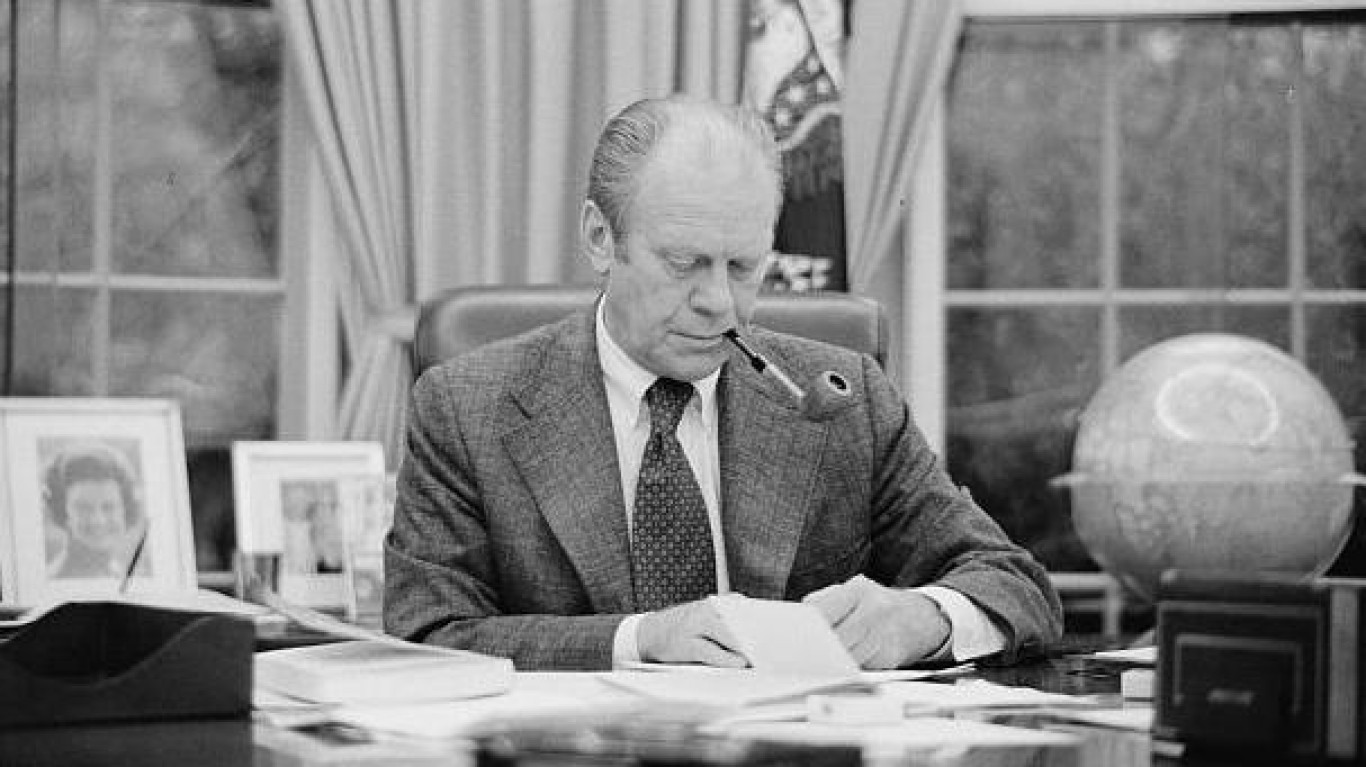 President Gerald R. Ford, the only U.S. president never to win a national election, is mostly remembered for helping to restore confidence in the federal government after the Watergate scandal. His decision to pardon Nixon for any crimes he may have committed as president was controversial and may have cost him a second term. He lost the 1976 presidential election to Jimmy Carter.

During his two years in office, Ford had to deal with an energy crisis, a struggling economy, high inflation, and high unemployment. Ford, a Republican, was not getting along with the Democratic Congress and vetoed dozens of bills that would have increased the budget deficit.