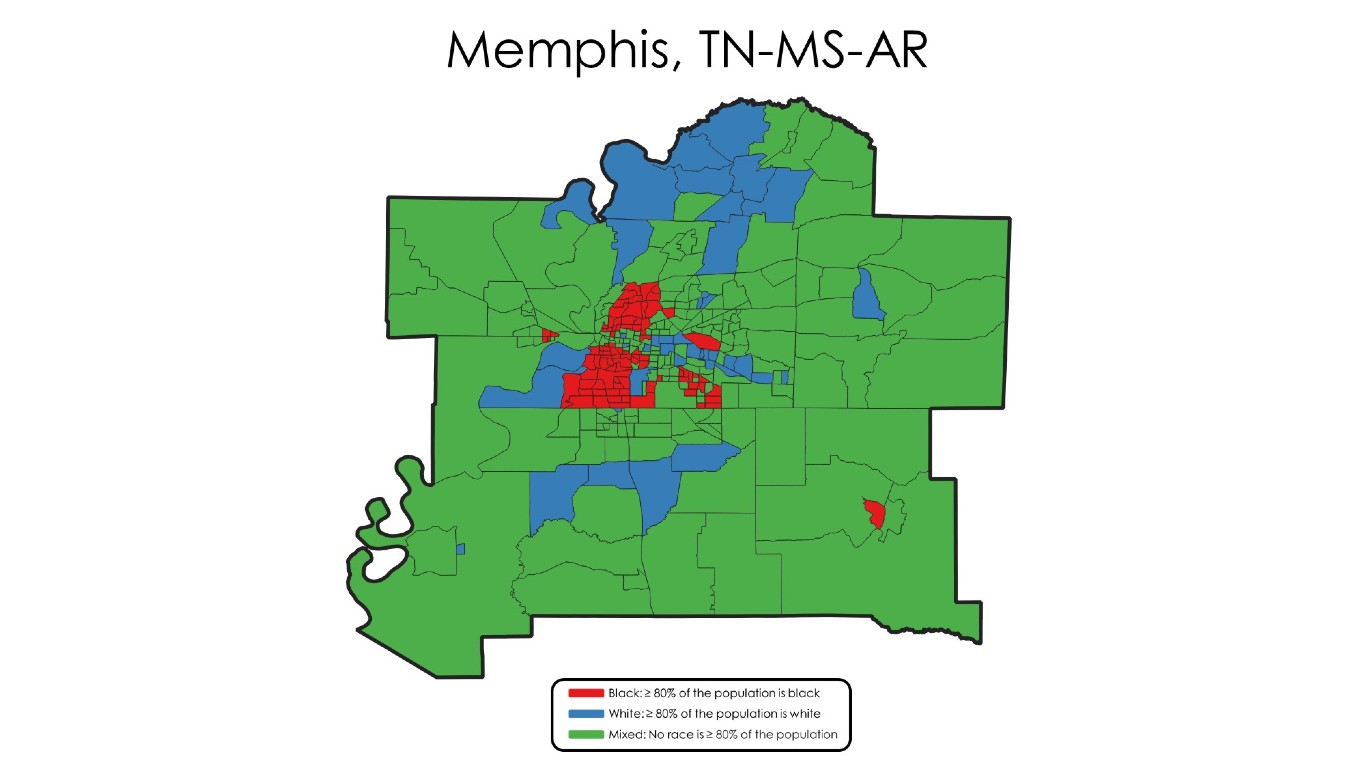 An estimated 72.2% of the Black population in the Memphis metropolitan area live in neighborhoods where more than half of the residents are also Black, far more than the 19.5% national share. Segregated Black neighborhoods in racially divided cities often lack access to education and employment opportunities and are more likely to struggle with poverty than white neighborhoods. 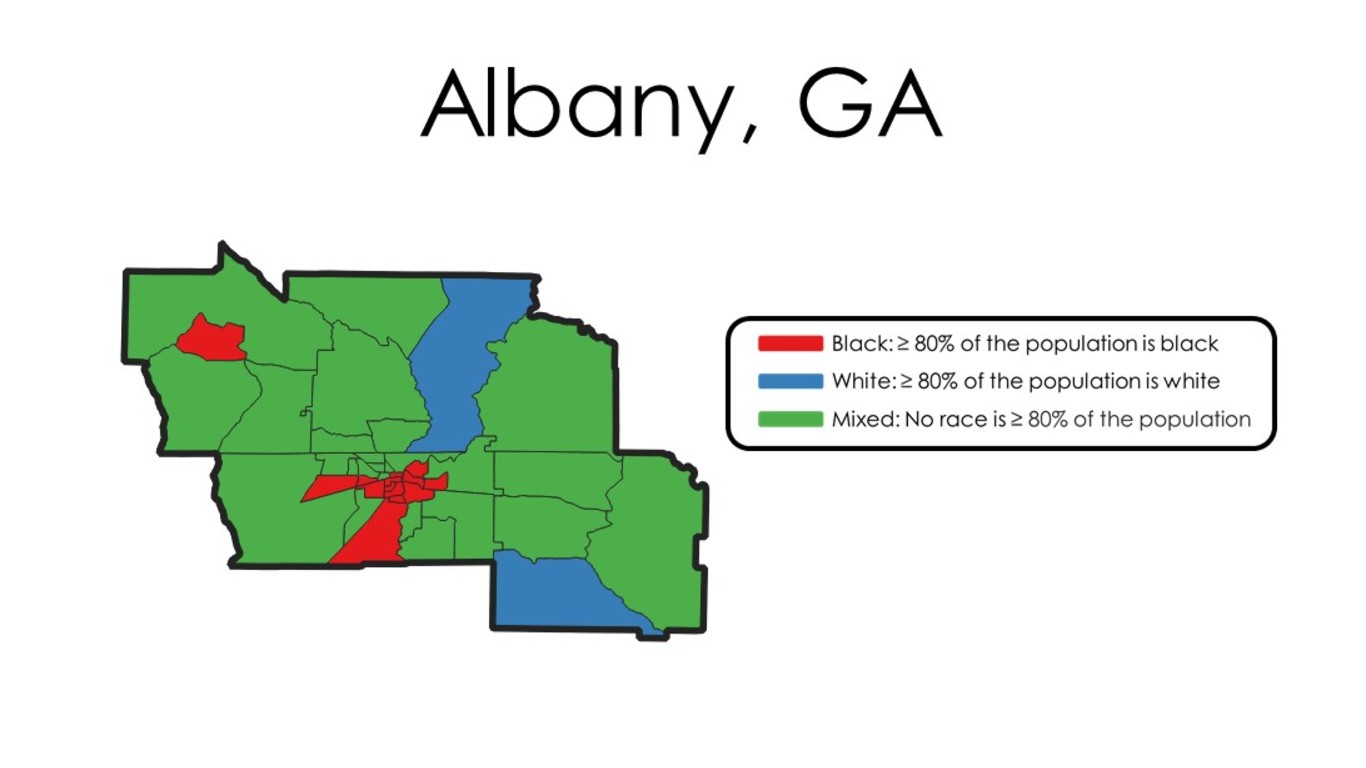 Albany is one of four Georgia metro areas to rank among the most segregated cities. An estimated 72.9% of Black residents live in predominantly Black neighborhoods, the third largest share of any metro area nationwide and more than three times the 19.5% national rate.

24/7 Wall St.
States With the Most Hate Groups 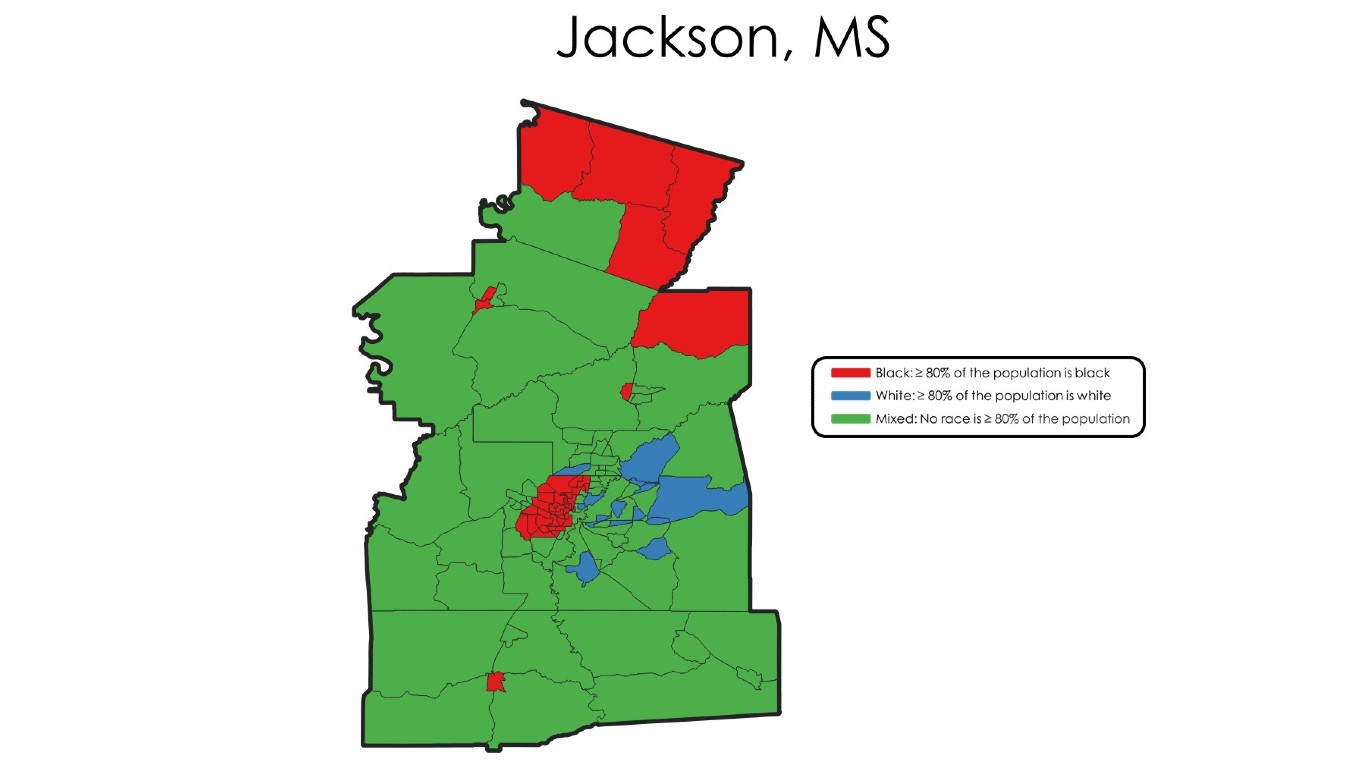 An estimated 74.0% of Black residents in Jackson, Mississippi, live in neighborhoods that are predominantly Black, more than 3.5 times the national figure. Segregation can contribute to racial disparities in urban areas, and in Jackson, Black residents are more than three times as likely to live in poverty as white residents.

Mississippi has a long history of state-sanctioned segregation and was still litigating issues related to segregation and the Brown v. Board of Education decision up until several years ago. As recently as 2017, a school district in Cleveland, Mississippi — roughly two hours northwest of Jackson — conceded to integrate its two racially divided high schools and two middle schools into one high school and one middle school after 50 years of litigation. 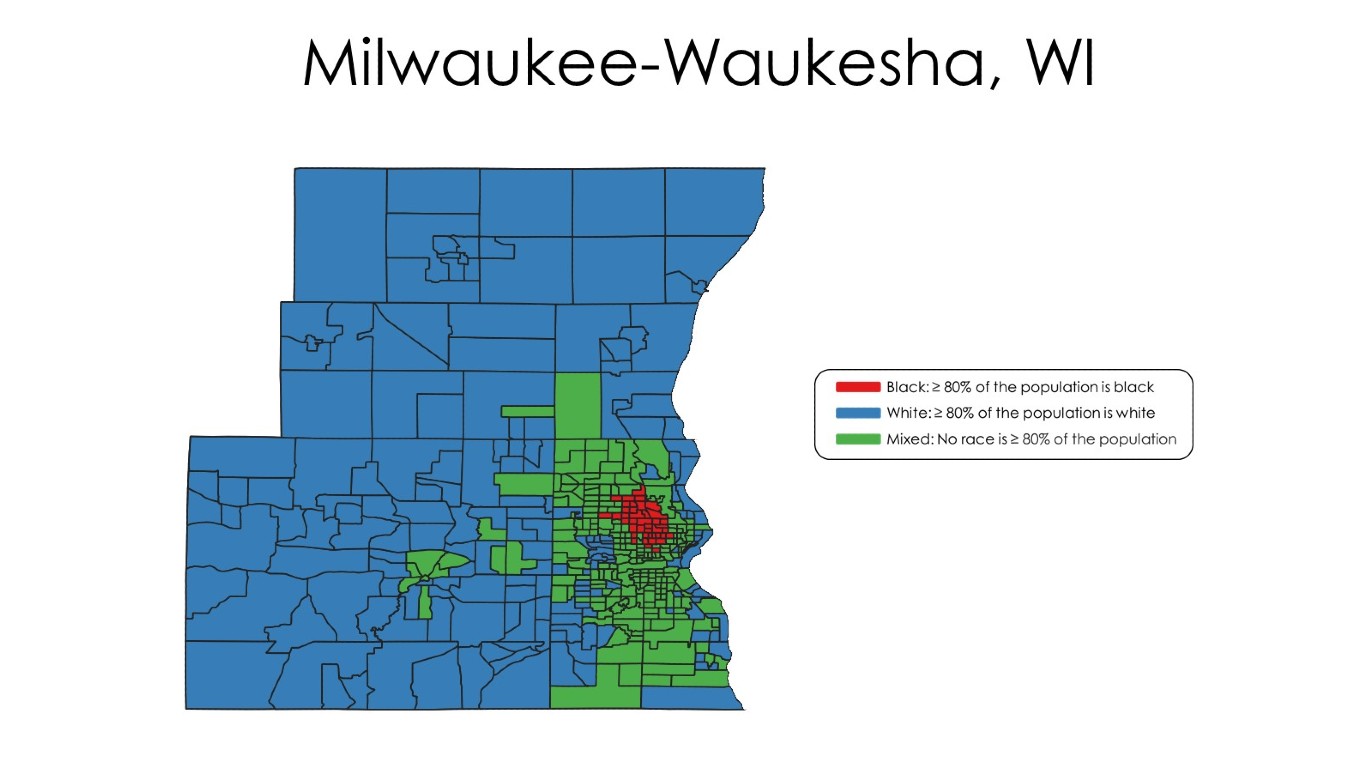 Like many Rust Belt cities, Milwaukee’s current segregation patterns can be traced back to discriminatory appraisal maps drawn up by the Home Owners Loan Corporation. Neighborhoods just north of downtown Milwaukee, such as Halyard Park, Hillside, and Haymarket were deemed hazardous for investment, with assessors citing the area’s African American population as a threat to property values. 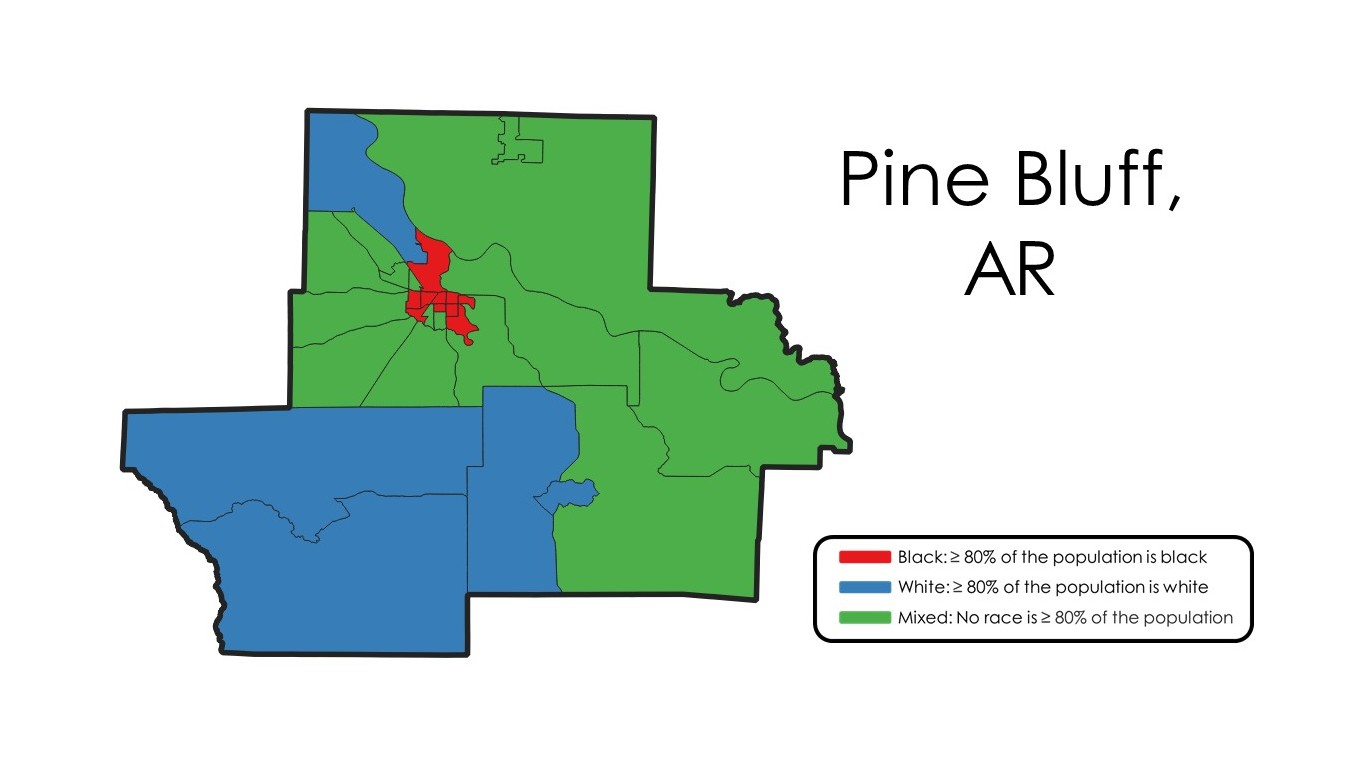 Pine Bluff, Arkansas, was the site of a student sit-in movement in 1963. Today, Pine Bluff is the most segregated metro area in the country. An estimated 80.8% of the Black population of Pine Bluff live in predominantly Black neighborhoods, more than four times the 19.5% national figure.