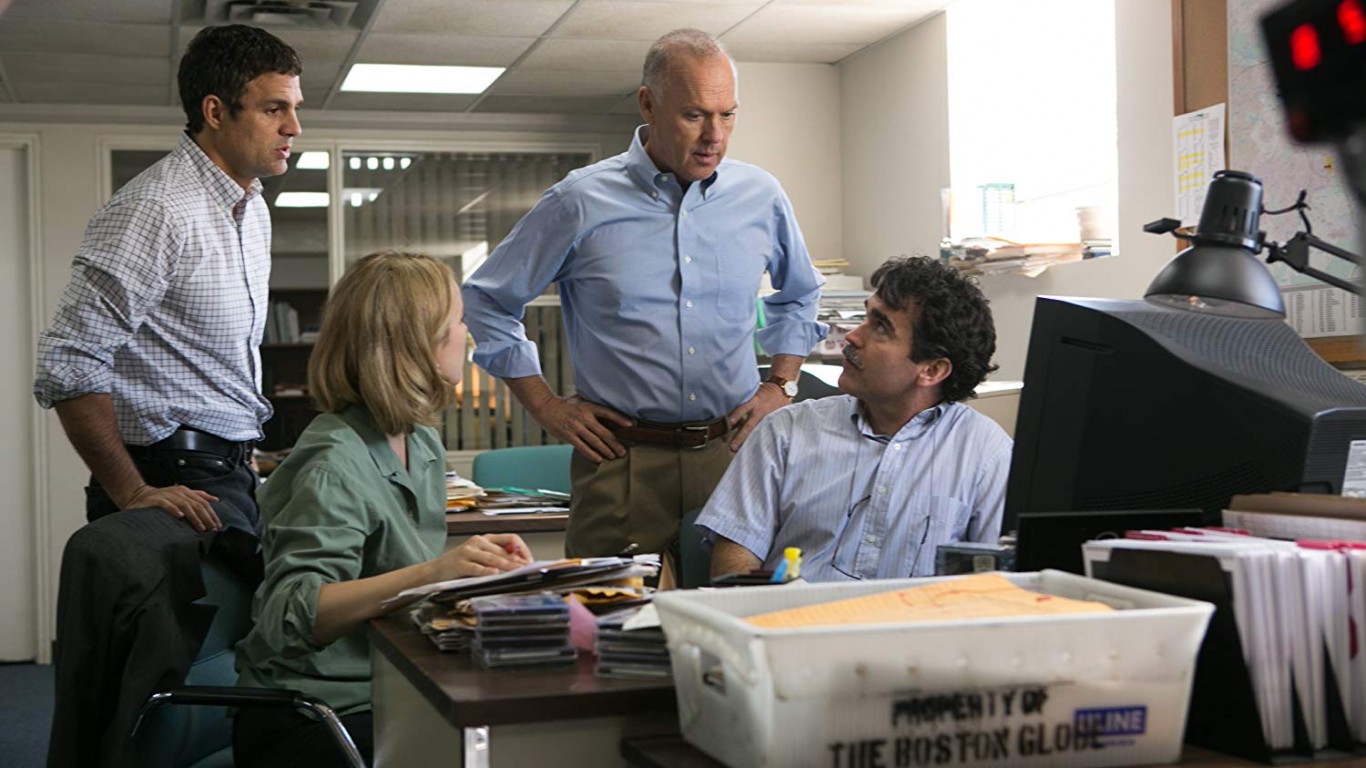 This biographical drama portrays the true story of a team of journalists at the Boston Globe who investigate numerous allegations of child molestation by local Catholic priests and discover just how deep the corruption and cover-ups go. 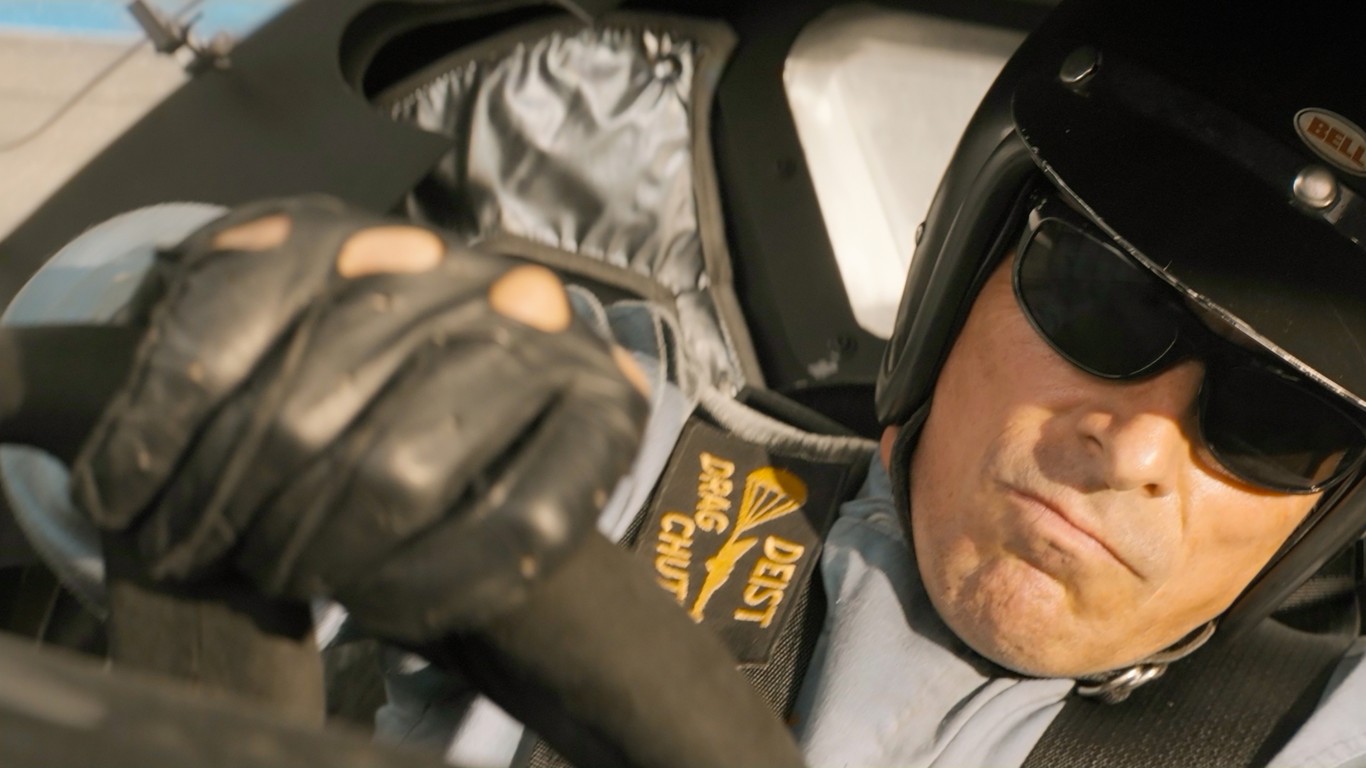 In this sports drama, a team of designers and engineers attempt to build a state-of-the-art racecar — the Ford GT40 — that will ultimately defeat the Ferrari 330 P3 at the 1966 endurance sports car race 24 Hours of Le Mans.

24/7 Wall St.
76 Movies With a Perfect Score from Critics 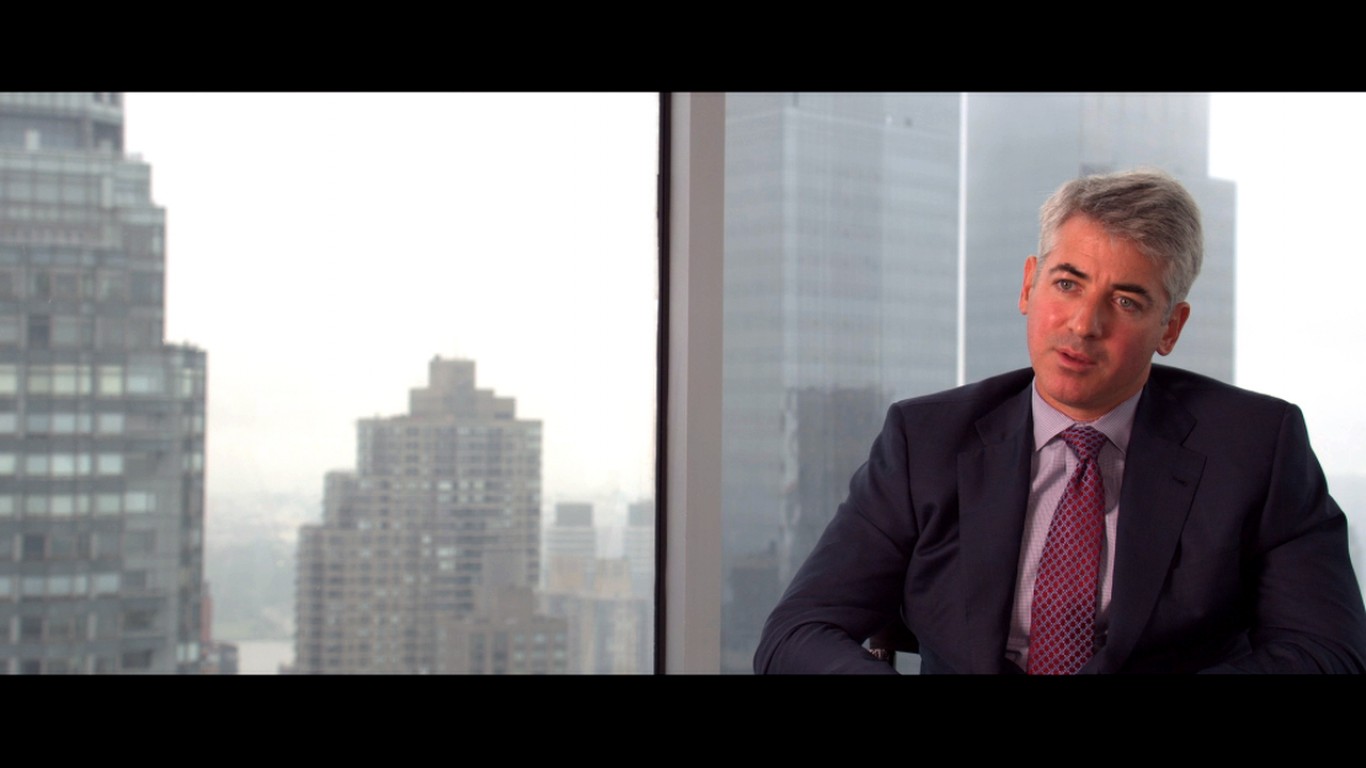 This documentary outlines the corrupt policy and banking changes that led to the 2008 financial crisis, which was the worst recession since the Great Depression. It reveals who ended up on top while millions lost their jobs and homes. 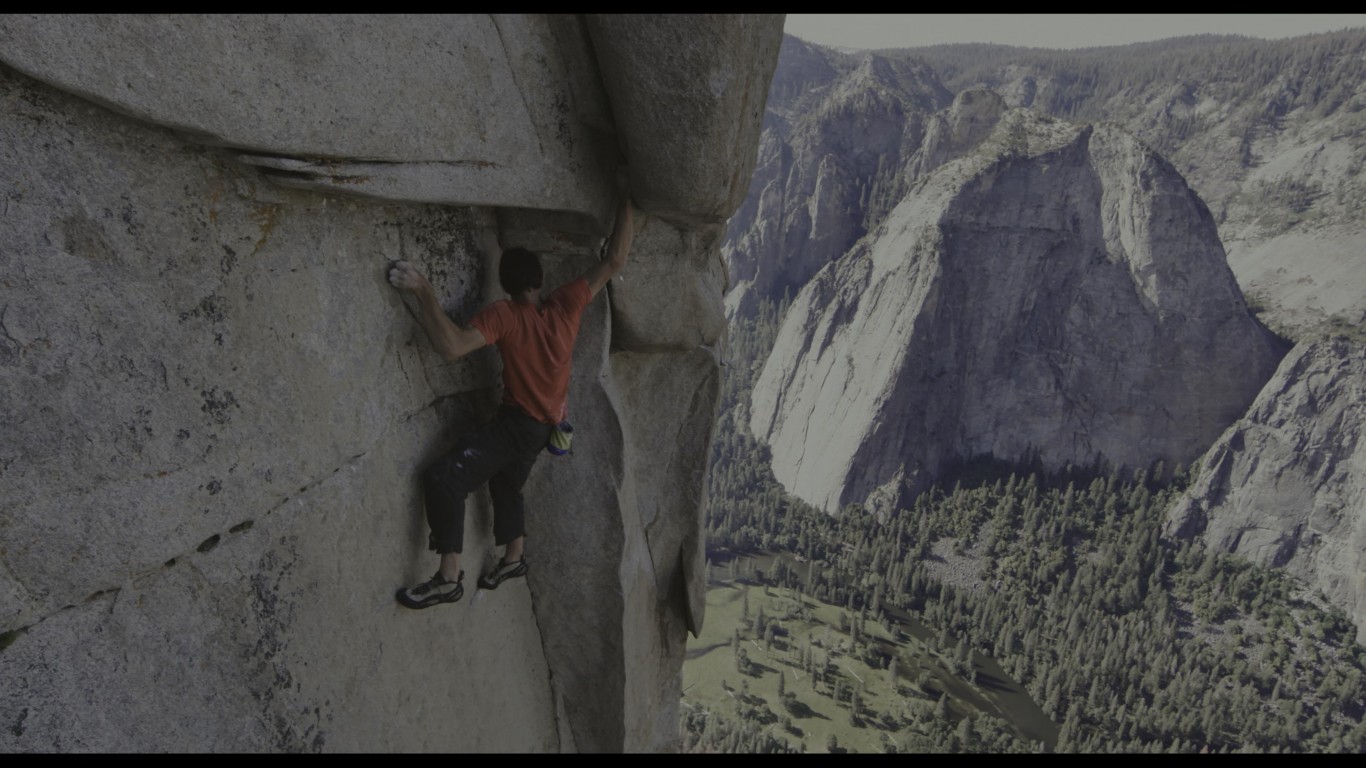 This documentary is a look inside the life and relationships of staunch rock climber Alex Honnold as he trains to become the first person to climb Yosemite’s 3,000-foot monolith, El Capitan, without the safety of ropes. 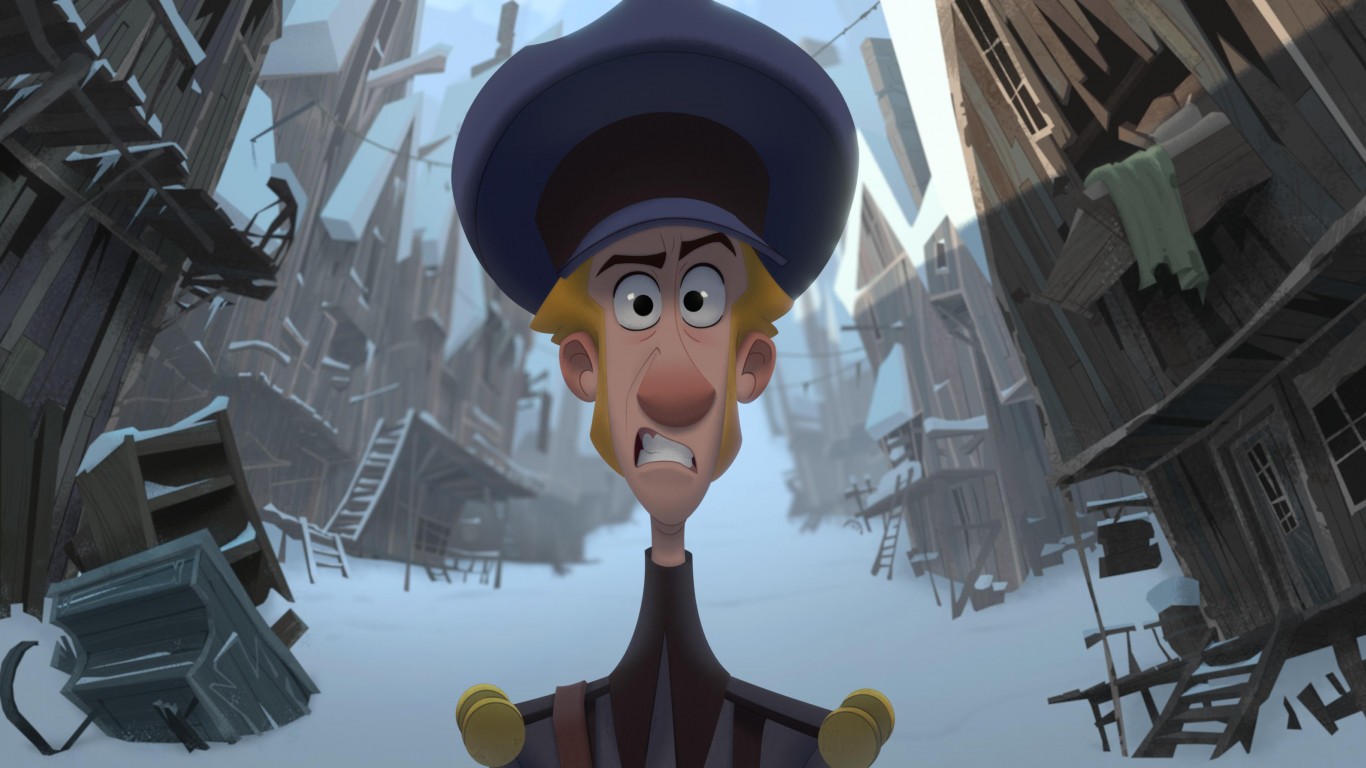 This traditionally animated Christmas comedy reimagines the origins of Santa Claus as a reclusive toy maker in a 19th-century Arctic town who develops an unlikely friendship with an exiled postal worker.